Some more interesting news from the developers regarding the major upcoming release of Alien Arena.

Let's start off with a screenshot of the current state of the engine: 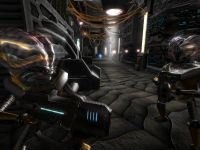 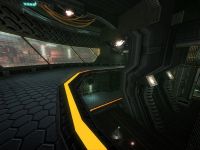 After months of wrangling, we finally got the GLSL lighting working the way it should in the game. Compared to the last release, this is a very major improvement not only visually, but in speed. But, visuals aren't the only thing we are working on. We just implemented a new voice taunt system as well, and have added some new options for server ops to help with team balance. It's been a very busy time for us, and the number of new/remade maps will be tremendous. A new player character was added this week, the Commander, a large, burly fella with a bad attitude. One more new player character is on the way. The scoreboards have been redesigned to look much more modern as well.

Keep checking here, this will be the source for up to date news on this release, there's alot more coming, trust me.