Hello, all! Collapsus development always seems to be slow moving doesn't it? Well hold on to your hats, because I have a big content bomb for all of you!

Hello, all! Collapsus development always seems to be slow moving doesn't it? Well hold on to your hats, because I have a big content bomb for all of you! As many of you may know, there was a lot of restructuring going on at Wraith with many of our team transitioning from college into the "real world". This is all fine and dandy, but where does Wraith "fit" into this "real world"? Quite nicely, if you ask me. We've gotten an office in this time, most of our team has started actually being able to put considerable time into said office and we've even picked up some new staff members, including an honest to goodness student intern! Things are moving fast! Below are a couple of pictures of us in our new office: 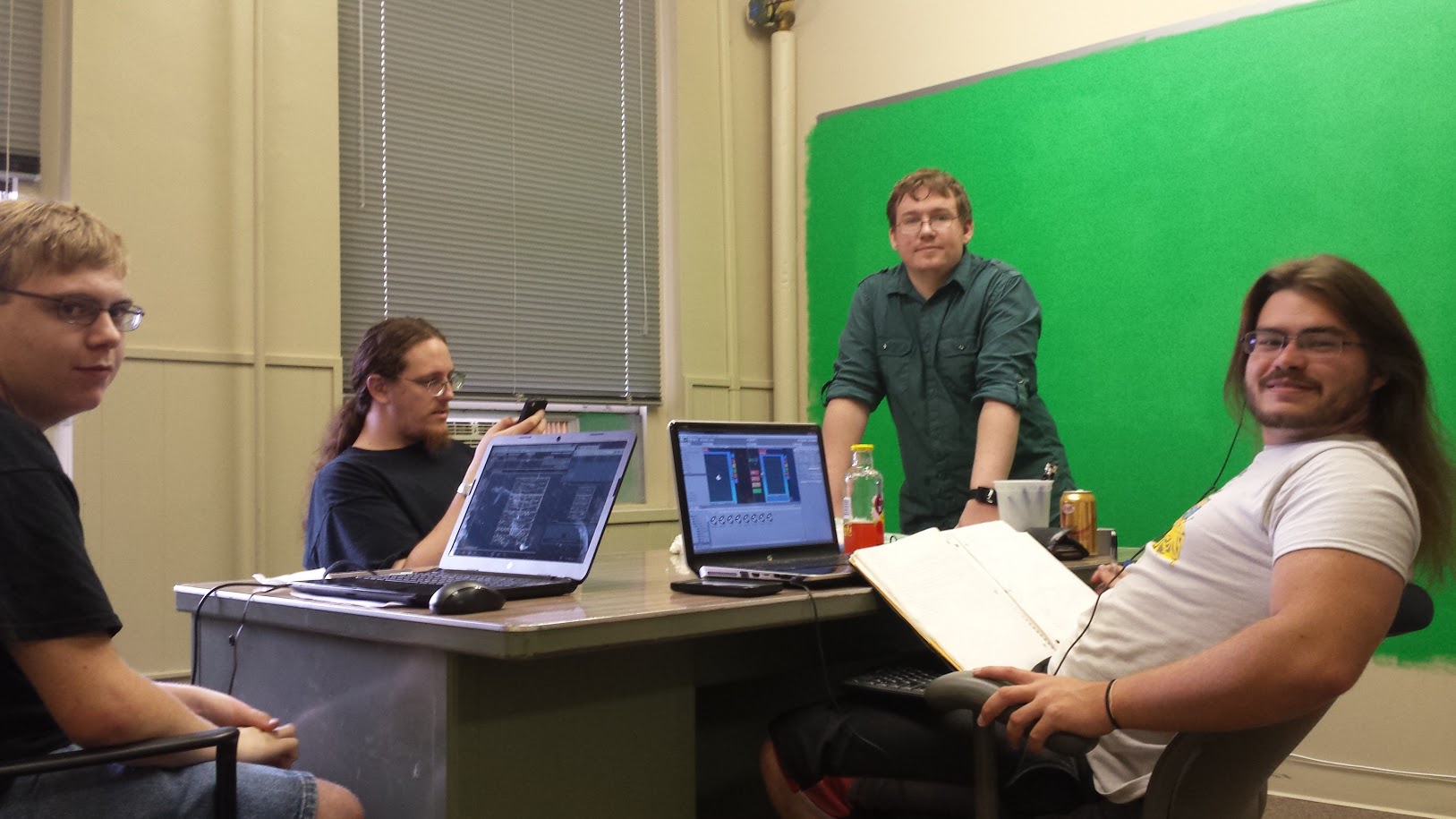 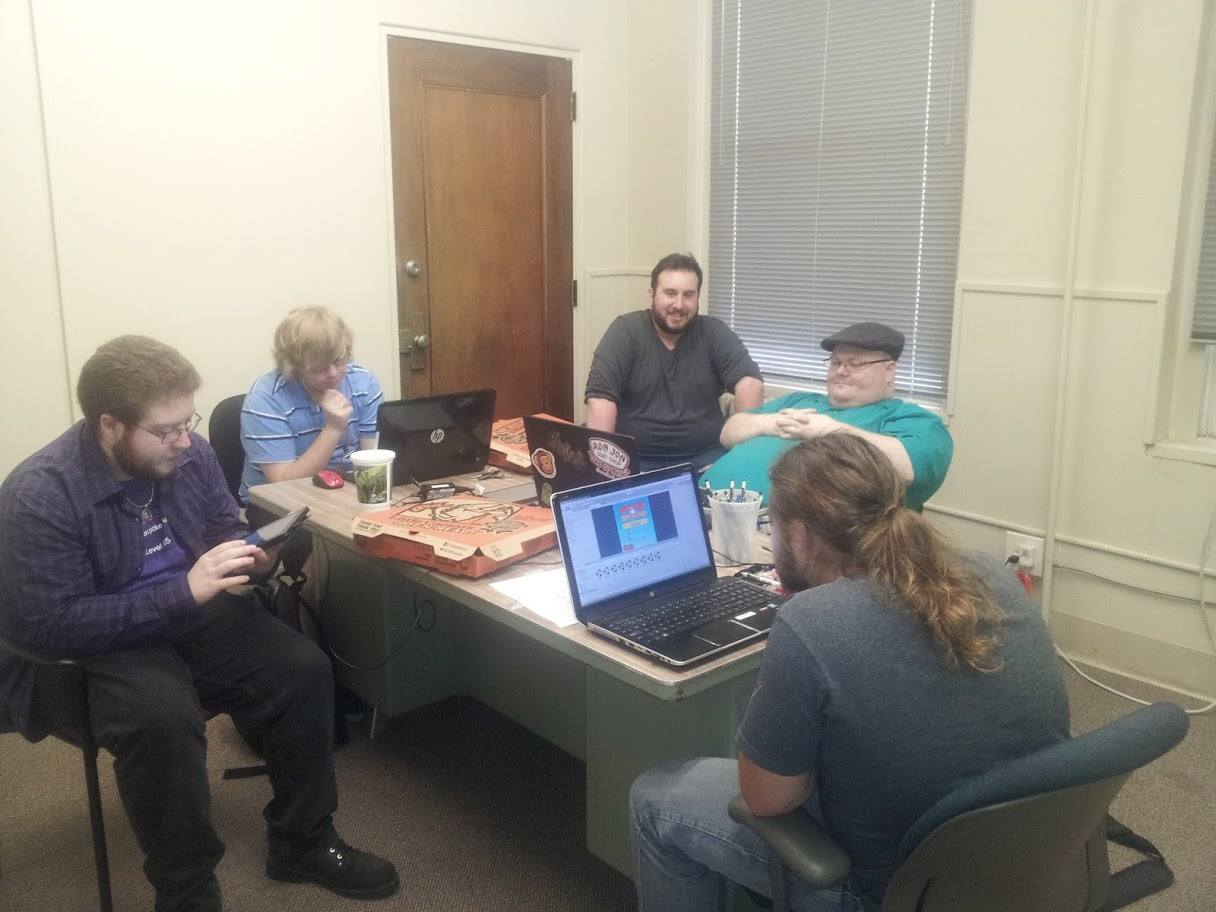 Anyway, what does that mean for Collapsus? Lots! We've been working pretty hard on getting it all wrapped up and we think it's going pretty well. So well in fact, we're pretty sure we can have a live demo on Kongregate and a Kickstarter up and going by some time in August! We're pretty much done with the core game (bar some bug fixes); so that only leaves implementing the various modes which is as simple as tweaking some values. The art department is also working on utilizing Unity 5's particle effects to their fullest and the music and sounds are still in the works as well. Nothing all too bad, if you ask me. You know us and dates, though. So until you hear an official date, don't quote me on anything.

As for additions, we've added a new way to interact with certain power-ups. Things like the Switch, Shuffle, Splash, Time-Up and Time Freeze blocks are now added to an "inventory" of sorts when broken that can be clicked on and used at a later time. Shown below next to the "Level Banner" and the Score: 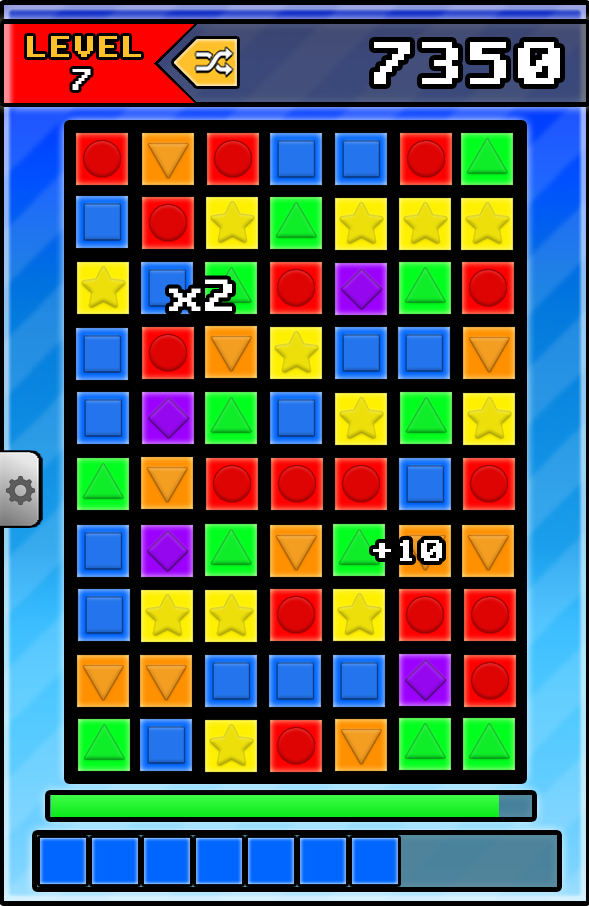 You can also see a few more graphical changes that really bring a new level of polish to the experience. In addition, there is a new slot-machine-like power-up that cycles through all of the new power-ups and allows you to break it and gain whatever you land on! Shown here:

Pretty neat stuff! We're still shooting for our normal play mode, 20 "Challenge" modes, 200 built-in puzzles, the puzzle creation/sharing tool, "Custom Mode" (which allows you to set what types of blocks spawn and what win conditions you use) and the free Daily puzzles accessed online. We have a few new surprises in store as well, but since I'm supposed to be pretty hush-hush about that, let's take a look at Kyle's work on the puzzle creation/sharing tool: 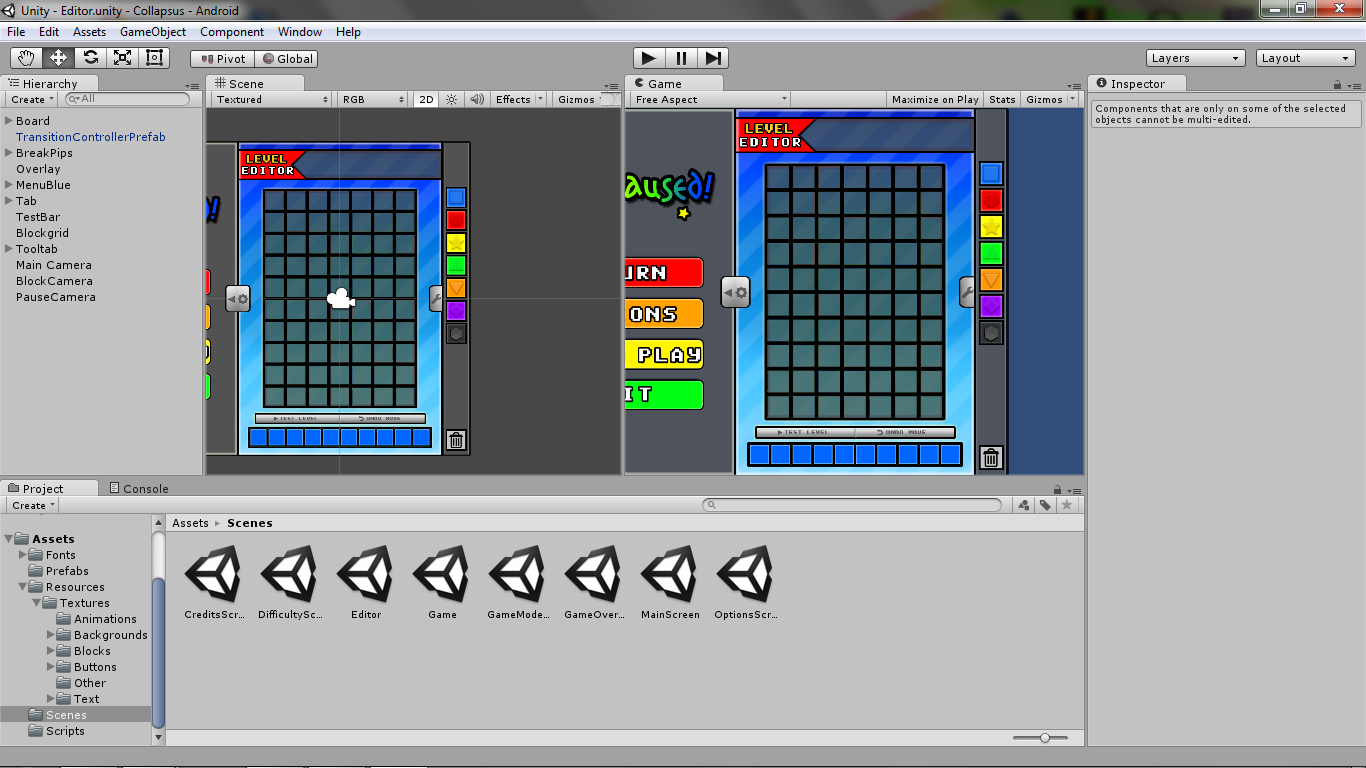 Pretty nice! In addition to all that, as well as all of the consoles we're releasing on, we're in the process of working on a physical arcade cabinet that should be going up at Cincinnati's own "Arcade Legacy" shortly after launch! We also hope to get that version out on the Winnitron Arcade Network, so non-Ohioans can enjoy it as well! You can go read more about that side of development over on our website, if you're interested.

Well, that's all we have for now, I hope to post more often, but whenever I say that it takes about a year for it to actually happen for some reason, so I'll just say that I'll try my hardest. Here's hoping that you all get to play this labor of love of ours soon! After that, who knows, maybe we may actually get some work done on Physix or Jet Pack Hero?... Nah!