The game is getting close to complete. There are new levels and new enemies so check out the screenshots to see what awaits in the tower.

It's been a long time since my last update and I wanted to let everyone know that development is still moving steadily ahead for Abomination Tower. I also wanted to show off some of the new levels and enemies that have been created so here are a couple of screenshots from some of the more difficult levels in the game. 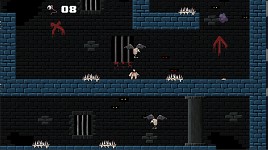 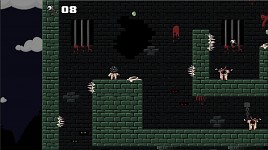 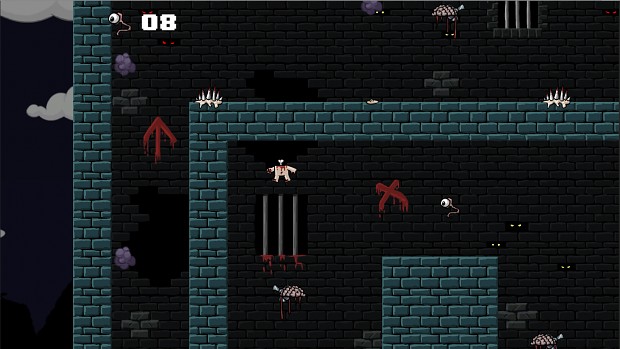 Above you can see the new flying enemies: one with wings and another that is a floating brain with a fan on the back. I've also implemented poison gas emitters which can be tough when the clouds travel slower than you would like them to. I can't wait until people get to play the full game and experience all the tough levels and enemies.

The levels now have varying colours. I thought this would be the best way to differentiate the levels without having to give them names or numbers and allows players to easily talk about where they got to before their inevitable death.

I'm also looking forward to making the trailer in the coming week. Things are getting pretty exciting. I'll be back with the trailer soon. Until then help spread the word about the Steam Greenlight campaign, there is still a lot of votes until it makes the top 100 so spread the word.