New concept designs and details for your viewing pleasure!

Today we will show you concepts from both the ECF and Manticores factions.

Both factions are energy and materials dependent.This means that other than simply creating energy producing structures they have to gather material from the map in order to gain additional funds. In our game the material that will be gathered is radioactive liquid that is scattered across the terrain. The ECF are using a special constructed vehicle that is gathering this radioactive material. It’s called the “Collector”. 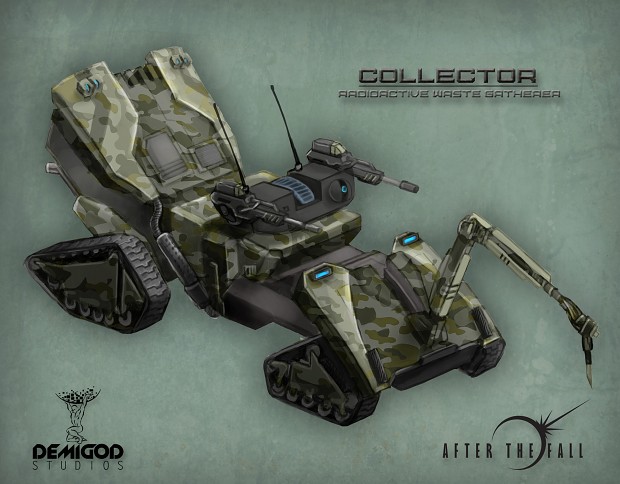 This armored vehicle has 4 separate caterpillar tracks for better maneuverability, thick armor to withstand heavy fire and dual projectile based turrets for protection. It is completely automated and doesn’t need any personnel to control it. Its special shielding protects it from the radiation and allows it to travel in the most harsh environments in order to carry its load. The prototype version was constructed in Japan for scientific purposes but when the war started it was modified for the needs of the ECF.

The “Collector” needs a place to deliver its load safely. This is happening in the “Processor”. 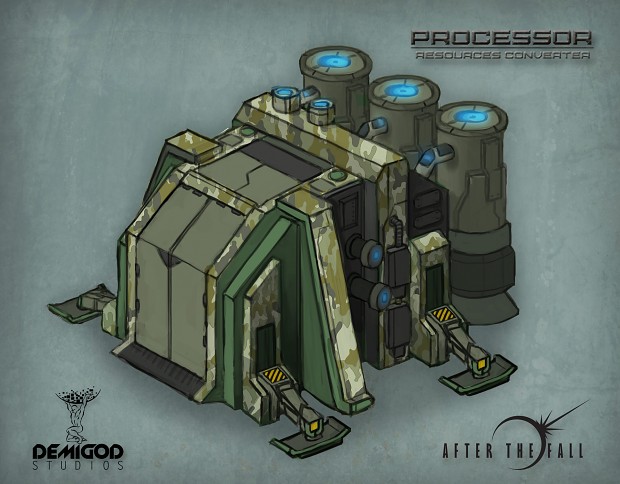 The “Processor” is a completely mobile structure as all the other ECF structures so it can be deployed by air anywhere on the battlefield. It takes the radioactive material from the “Collector” and turns it into a safe and valuable mineral. This way the ECF can gather the funds needed to construct more buildings and units and continue the war.

Next we will show you a few more Manticores structures. First in line is the “Energy Collector”. 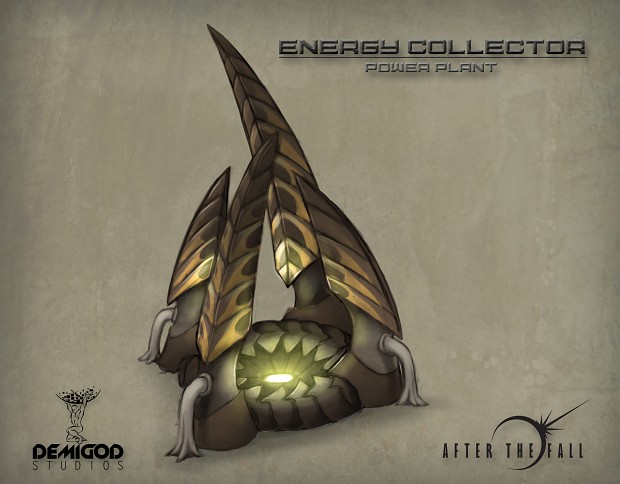 The “Energy Collector” is a more powerful power plant for the Manticores faction. While the “Solar Collector” is gathering energy from the sun the “Energy Collector” is gathering geothermal energy and turns it into a form that can be used by the faction structures. It has several times more energy capacity but on the other hand it’s very vulnerable and it needs constant protection. When it is destroyed it creates a blast that affects all the surrounding area, that’s why it has been observed that Manticores are building this separate from the other essential structures.

Next is the “Organic Center”. 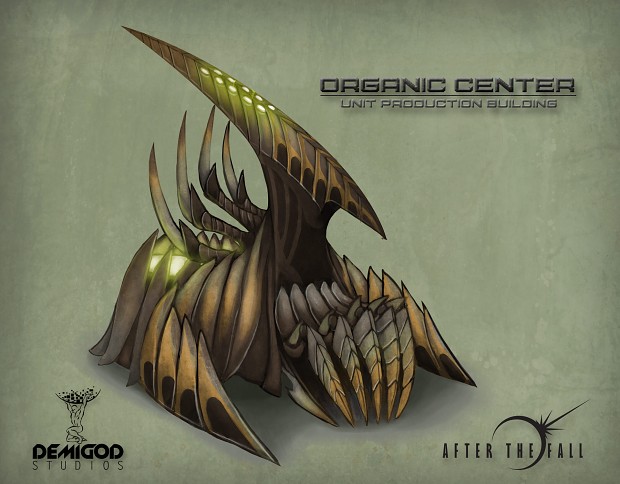 The “Organic Center” is where the heavy and bigger Manticores units are created. The ECF have some serious firepower with their battle tanks and artillery units and the “Organic Center” can create units with enough strength and armor to withstand a force like that. Therefore it’s an essential and very important structure for the Manticores. In later updates we will present you the units that are being produced here.

The last unit for this update is the “Sonic Pointer”. 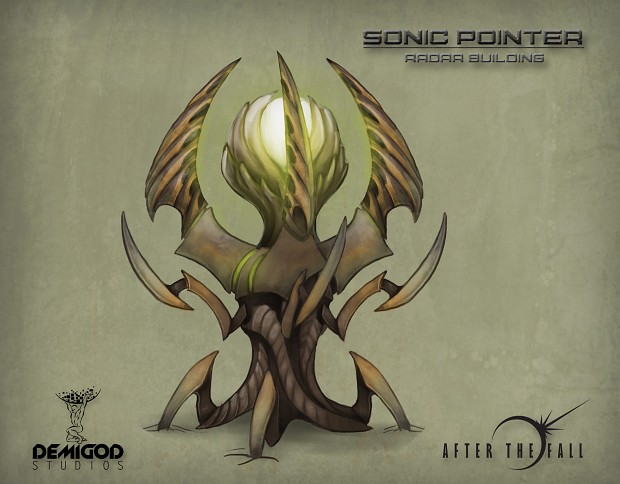 This is the radar of the Manticores. Their eyes and ears. It works like a sonar where it sends a pulse in short intervals and can detect any kind of friendly or enemy presence. It has the ability to see both organic and inorganic matter thus making it efficient in detecting armored vehicles as well as ECF soldiers.

Next time we will show you more units from both factions. We are still in need of a 3D artist and an animator/rigger. Whoever is interested can check the jobs section and send us an email at info@demigod-studios.com