We want to share with you today some more BTR-40 variants and textures we have been working on.

Illness88 and his brother Gizoo worked together to make the BTR-40 model and texture for us. We liked it so much that we asked him to make us another variant the, BTR-40A. While the basic BTR-40 has no permanent armament, the BTR-40A is heavily armed, with twin ZPTU-2 14.5 mm twin anti-aircraft gun in a special turret. 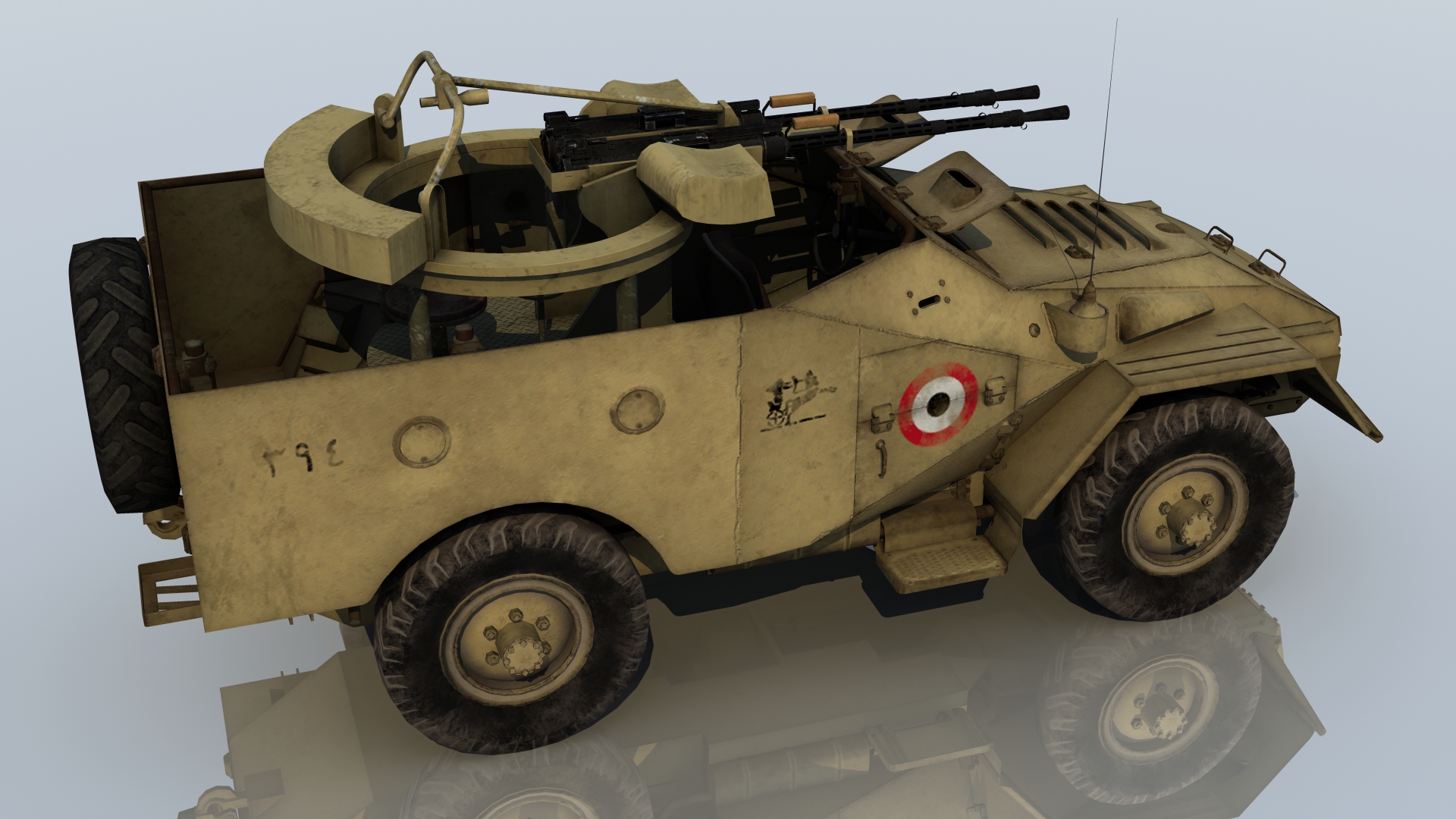 The first texture he made is the Egyptian BTR-40A in color scheme they would have used in the 1950's and 60's. 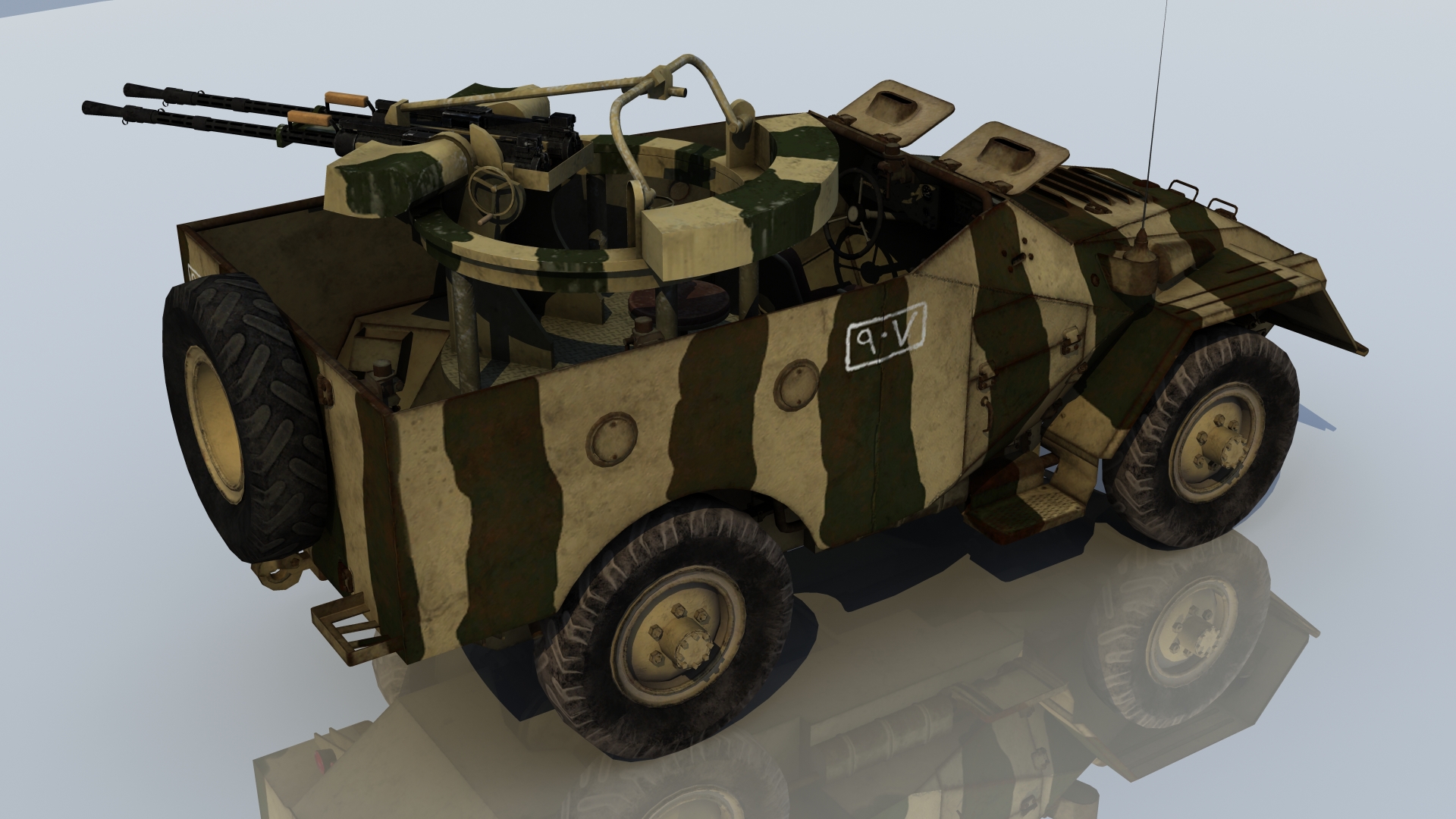 Next we have another Egyptian BTR-40 with a tan and green camouflage from the 1973 Yom Kippur War. 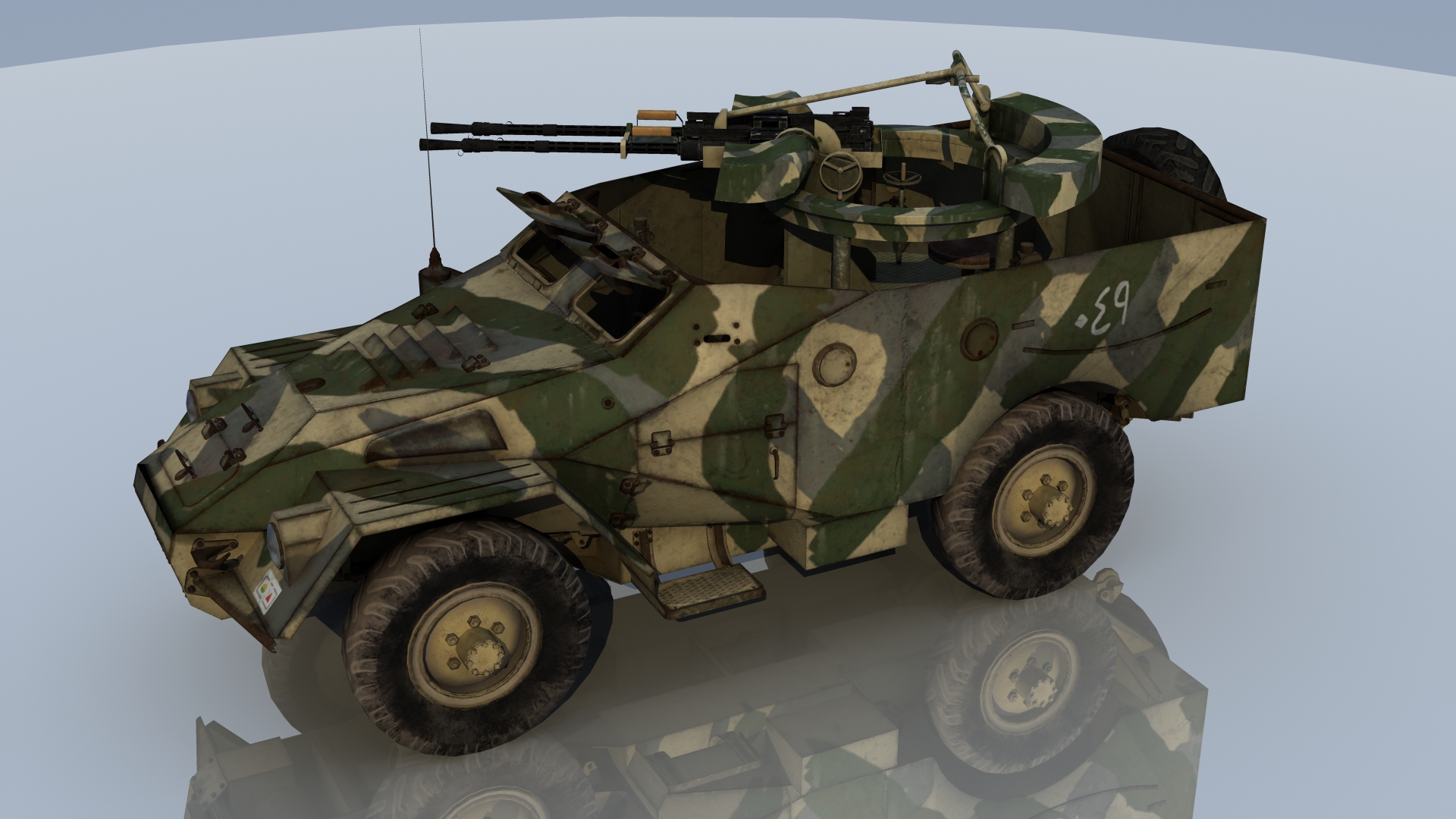 Lastly and probably the coolest looking texture is for the Syrian Army. The Syrians had an interesting camouflage where they would paint over the existing dark Soviet green with tan and grey. 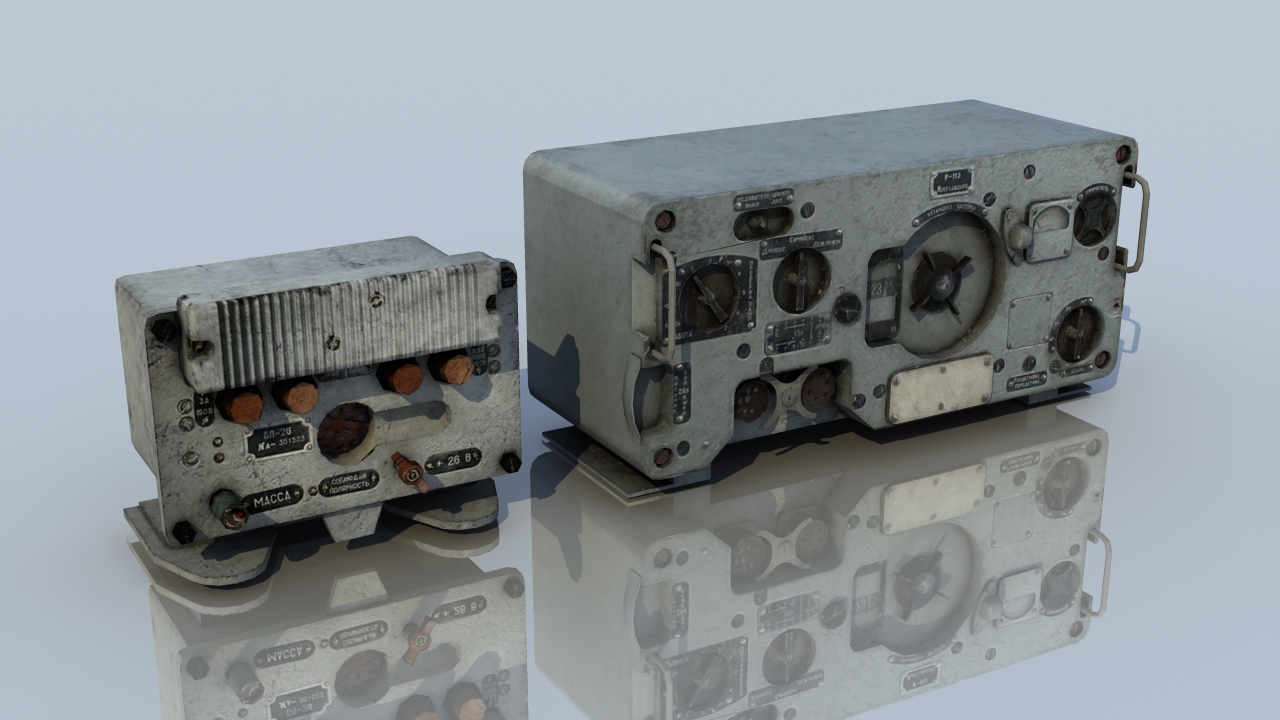 But Illness88 didn't stop their. He also created this cool model and texture of a Soviet radio that we will add to the BTR-40 and other vehicles. 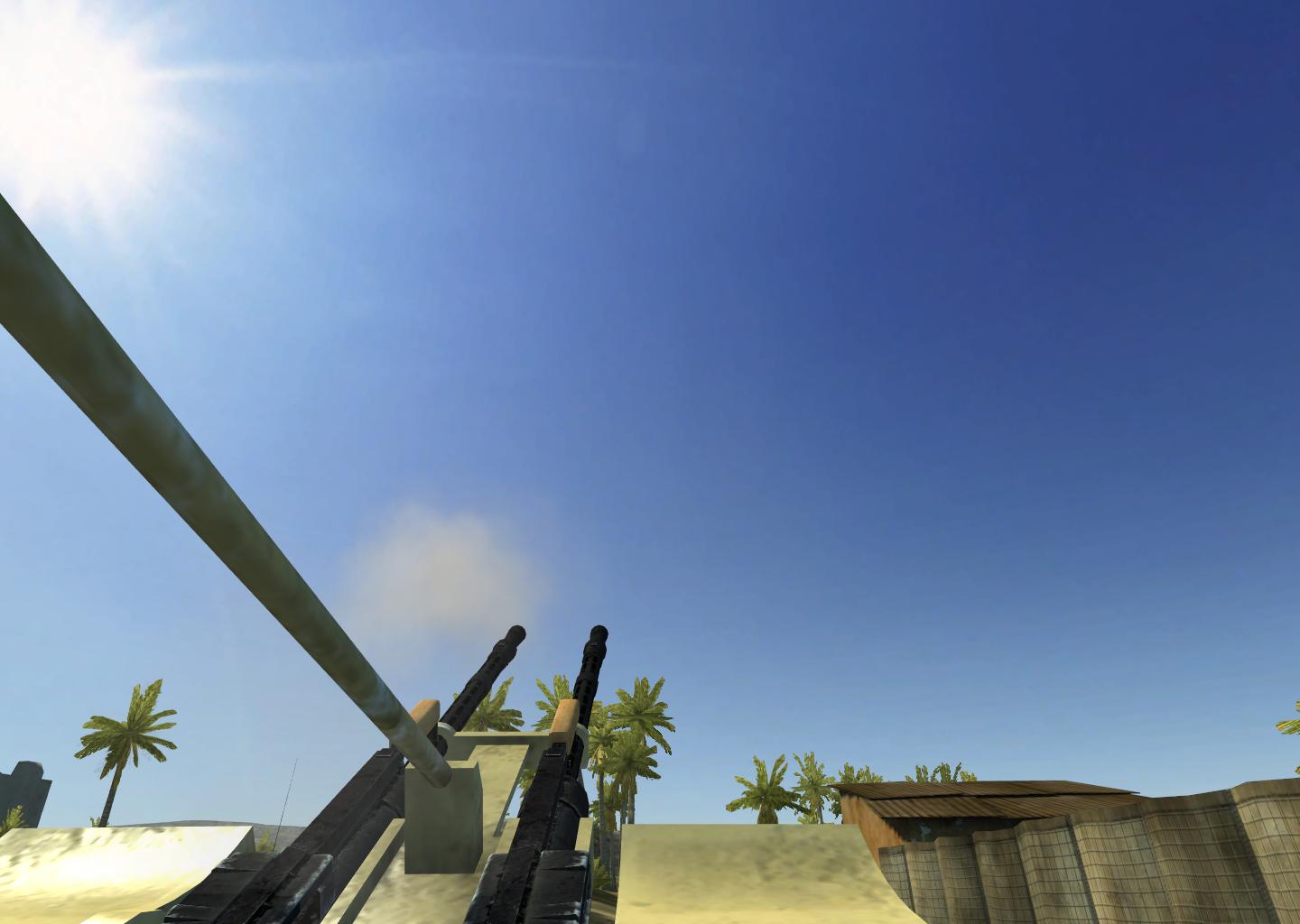 The second camera, activated by hitting the zoom bottom will switch you to a scoped view of that weapon or vehicle if it has a sight/scope. This is the work in progress of the scoped view for the BTR-40A. We also want to have as many 3-D sights/scopes as possible. We think they look much better in game than a 2-D HUD does.

Amazing work like always and I'm looking forward to seeing more awesome stuff in the future!

Thanks, we will continue to update you with more and more new content!

are u usin max 3ds right?

Yep thats the main 3D program we use to work with BF2.

Let me tell you guys, I beta tested this new BTR-40A, and it is damn impressive! Kudos to Illness88 and Gizoo, as well as General_Bradly!

Thanks for letting us use this in BFKorea! Beautiful work all around!

Well, I don't want to talk too much about BFK on his post here, but since you asked.

I would love to have an M10, and M18 as well as an M24, but the big issue with that is that we don't have people who can model and code new tanks for us.

Also, Communist forces need more diversity first before we add more UN/US tanks. Counting the M3 Half-Track and LVT's, US has 5 tracked vehicles, not counting the AA version of the Half-Track the M16 Multiple Gun Motor Carriage. I would love to give the Chinese an IS2, since they had them in Korea, but they never went to combat. So we might take some artistic freedom with that.

I want to have UK and ROK forces in the mod, so for UK, we can use the IDF mod Centurion tank, but we don't have all the UK weapons made for them. ROK is easy, we can make them and give US weapons, and they used Japanese tank already in the mod. As well as other US weapons.

Yeah he is the best. He is working on a few more things for us.

Thanks for adding something from the syrian army. :D
#Best_Mod_EVER !