A player from the Role play community has written a quite informative briefing on the Factions and how they work in the game. This is a brief overview - if you have any questions post them below.

Please excuse any interesting sentences - I translated this myself (UncleBoom) but sometimes things are still left unclear.

In the game all the players can be divided into 3 groups. Singles, players in clans, and players with roles from the administration.

Clan, the grouping, has a very important role in the game. If you join a clan it completely changes the whole game process. Financial capacity, gameplay, objectives, responsibilities, special rules and a change of attitude to itself - a short list of what awaits a rookie. Therefore, membership in a clan is a very serious step that will forever change the fate of your character.

How to join a clan? Usually lone stalkers join while working with the group, and if the command needs new fighters, he can enter into it.

How to leave a clan? They leave the clan rarely, usually associated with the problem within the clan (strife or disbanding) RP happens so that the clan leave for a simple reason - the character was executed, and the body, as we know, can not be used.

Each group has its own rules. They get privileges and responsibilities. They are even limited. Say a bandit is actively collecting artifacts - a non-existent "beast" will pass for a real boy before this will go down. A monolith fighter never goes down to the bar, it would be to talk to the people - he would be shot on the approach.

I'll tell you about the clans. 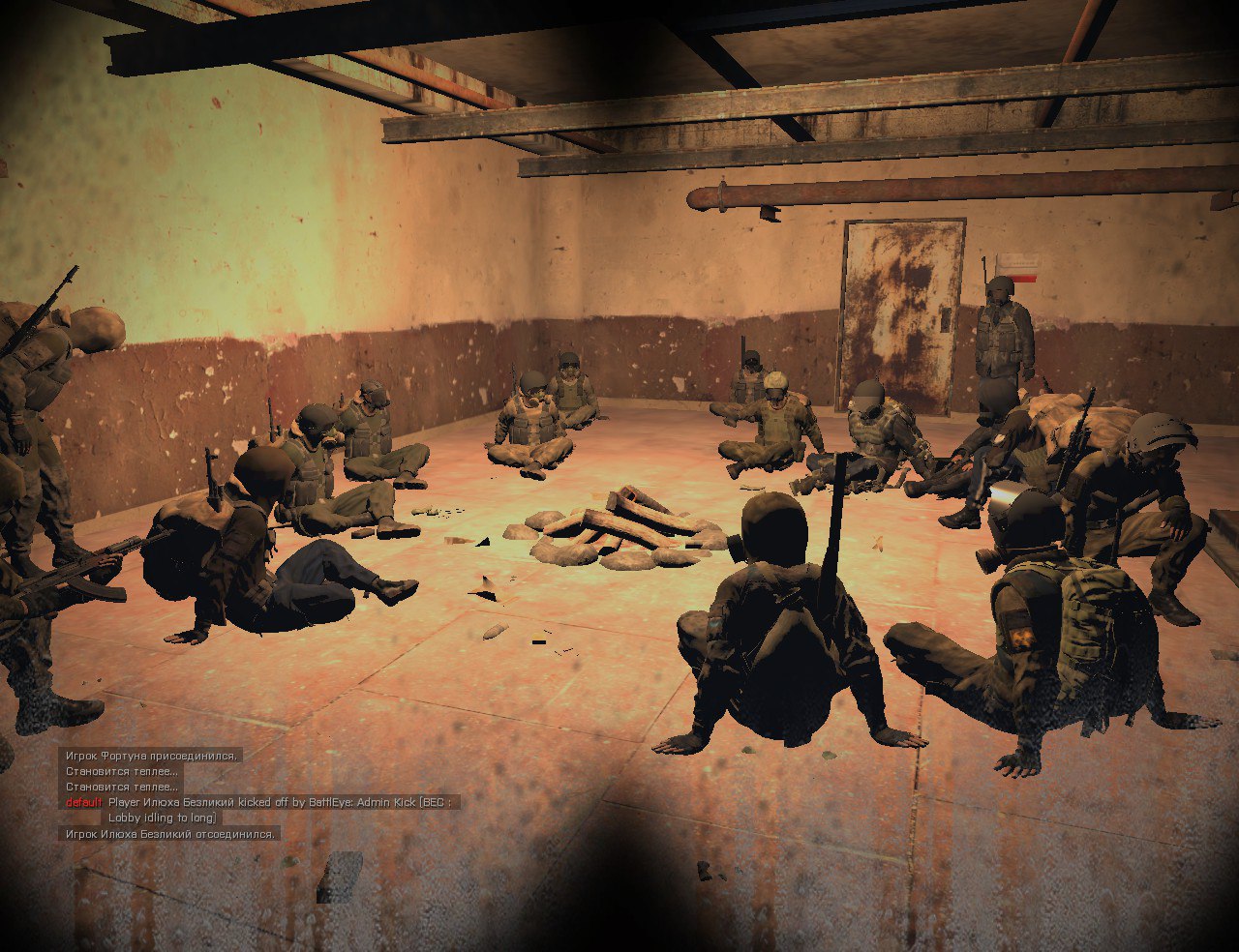 Neutrals - group of experienced stalkers who act as mentors for novices, keepers of the Cordon. They work with the beginners, keep order, and are engaged in raids deep into the zone. For the neutrals, it is clearly in the name that they do not stand out.

Bandits - robbers and looters. Can Gop-stop stalkers (stick up robbery), that is, to take away their loot. But this is only at first glance. In fact, Adidas carriers operate on the server role of "liver" on the server. Inadequate players and people who are not familiar what the role play behavior stand out when meeting with the "Bandos" ...often showing their true essence. An amateur shoot without engaging gets a flying ban, as normal players sigh freely.

Duty - pretentious defenders of peace. Stalkers who value tokens of the mutants killed in the zone. But the artifacts they are brought are destroyed, and the Duty fighters householder may well wait for the "zona in the arts."

Military - the owners of technology and brand-new forms. It is not often appear on the server, and usually interact with newcomers, because they live next to them. Also Gop-stop swag. (the attentive reader has already realized that this armstalker is a stick-up simulator)

Scientists - imagine a monkey with a grenade, which understands what a grenade is, but actively inciting other monkeys to get on a couple of grenades too. Scientists are the same. They pay good money for the chance to "participate in experimentation" at the end of which, as a rule, all die or lose a body part. Go crazy. Lose memory. Lose property ... but scientists, too, are dying on a par with the volunteers, so I guess we can excuse the mishaps.

Clear Sky - smallest and mysterious group. They go through the swamps and examine the area for signs of something. What exactly nobody knows.

Mercenaries - Elite fighters that carry out someone else's orders to eliminate other players. The richest (potentially) and most loaded group, whose leader even has a reward, they say this is the clan the least likely to disintegrate.

Monolith - a sort of PvP group that can kill all who meet. Let me remind you that the server role and can not kill each other without reason. So if you have bad eyesight, you are a potential corpse - you can kill only the Monolith on sight, Monolith can and do kill everyone. You see? As long as you understand how your group refers to strangers who met you in the raid.

Summarize. Its unique equipment and special costumes, the ability to behave differently and feel that this is a political battle - that's what should still be remembered before hanging the new ''stripes" - The factions in the game is the game within the game, and then select the direction you will discover many new things. 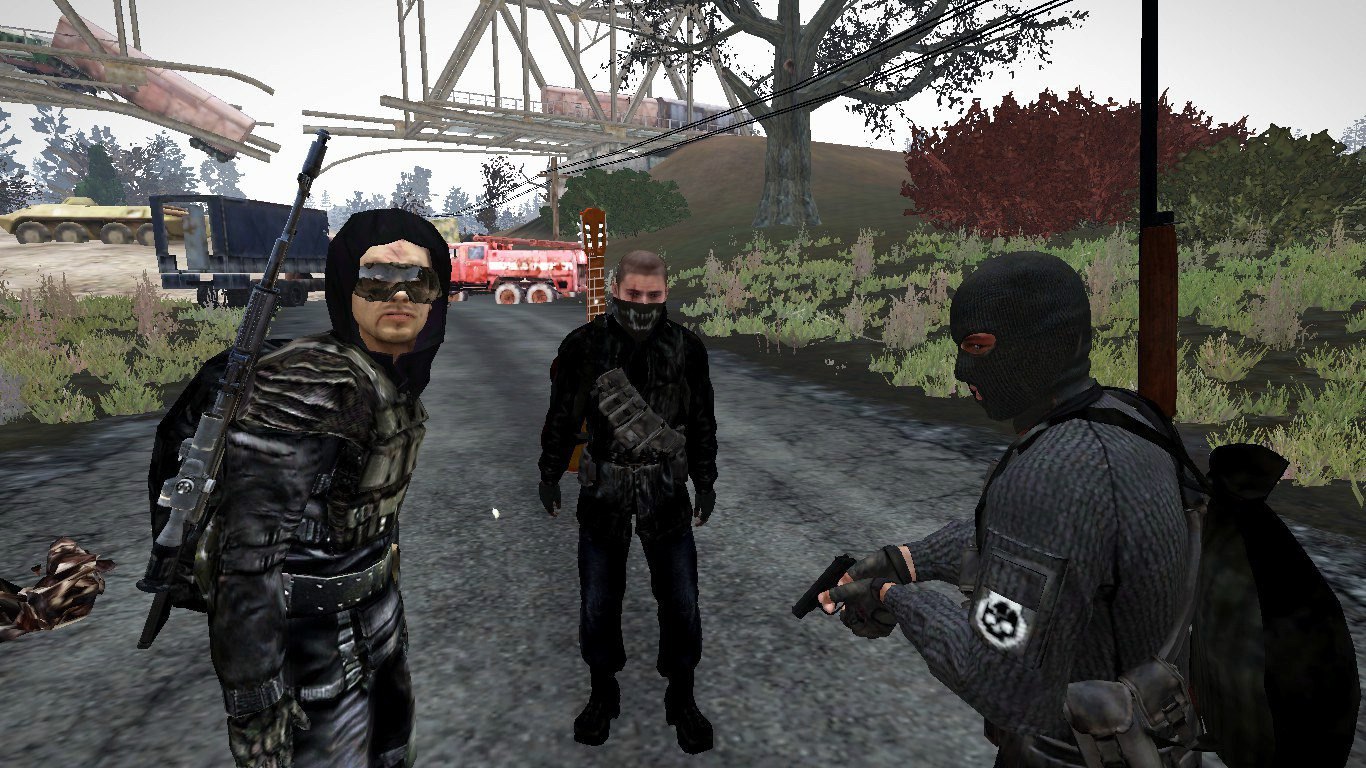 One of the players said that grouping is something like the entertainment staff who "amuse" singles. Think about it - one is giving an assignment, the second sticks you up, others are traded with, the fourth scare you badly ...
But how exactly - so it's a great role and movement! These are the clans, and to an extent they are the game.