Two new enemies are coming to Orange Moon - MRC trooper and MRC “Punisher” boss, both belong to Moon Resources Corp. faction. They will be encountered on the first introduction to Orange Moon and the last levels.

These heavy armored and heavily augmented human soldiers used by MRC to protect corporation assets such as mines and archeological excavations. They are also used to deal with the raiders. Armed with tactical machine gun and grenade launcher. Grenades won't do much damage to these soldiers. Armor piercing bullets or 50mm prove to be the most effective way to deal with them. 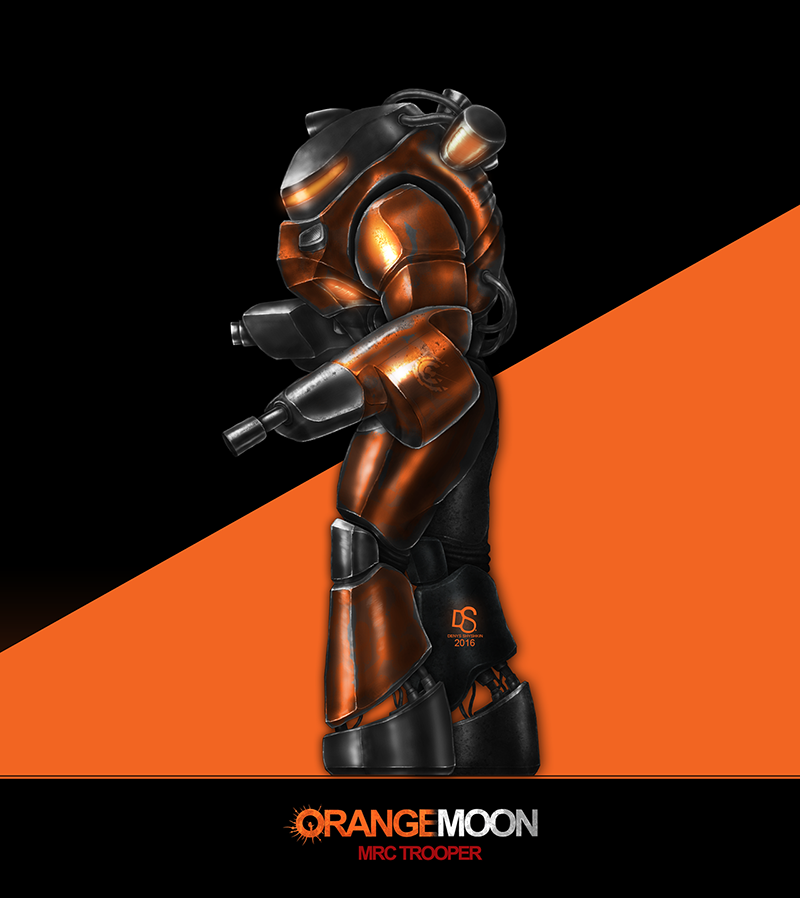 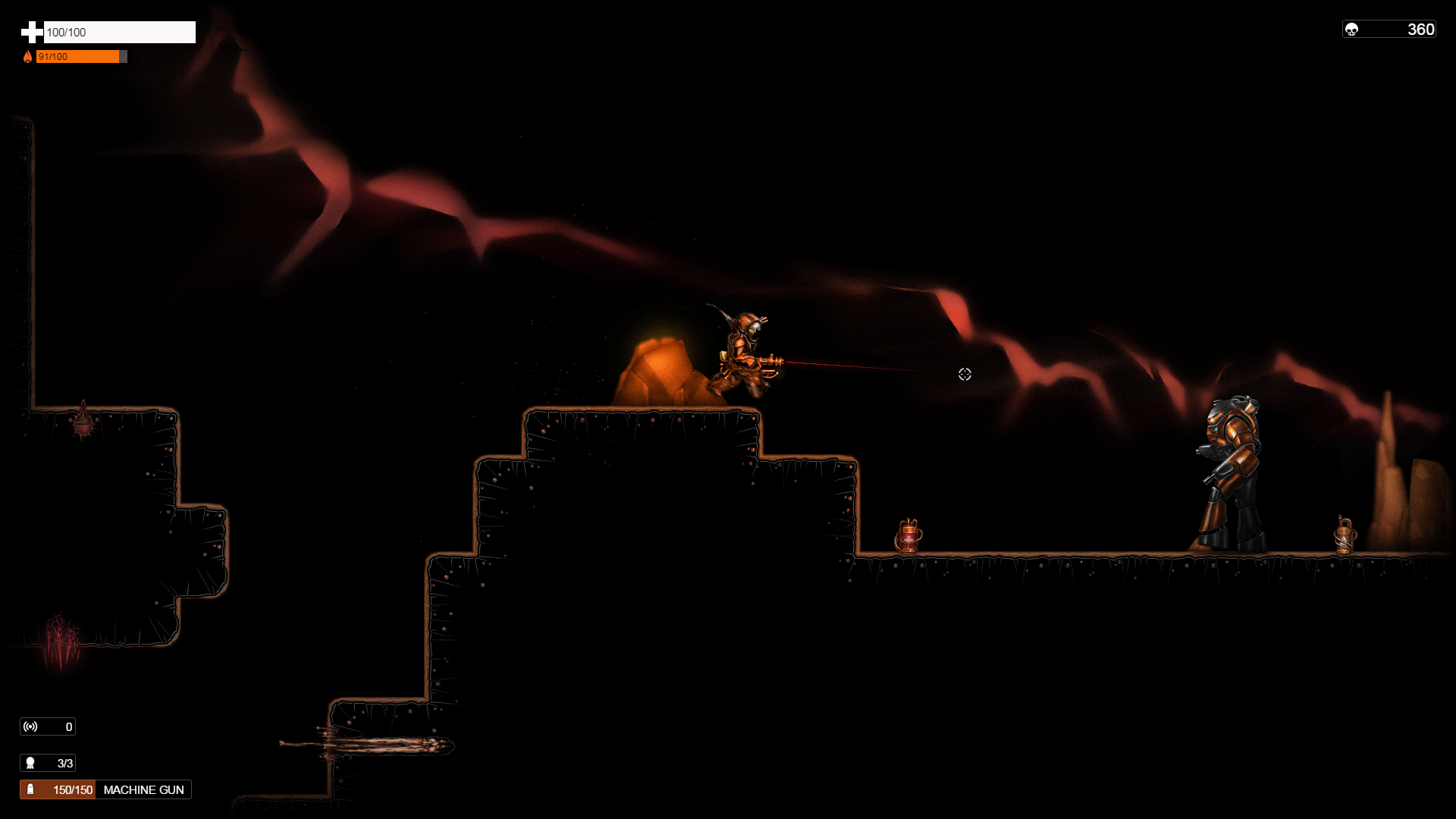 Heavy armored and armed biomechanical machine that guards MRC spaceports and compounds. Only one deployed on MRC main base on Orange Moon. Equipped with a minigun and rockets. 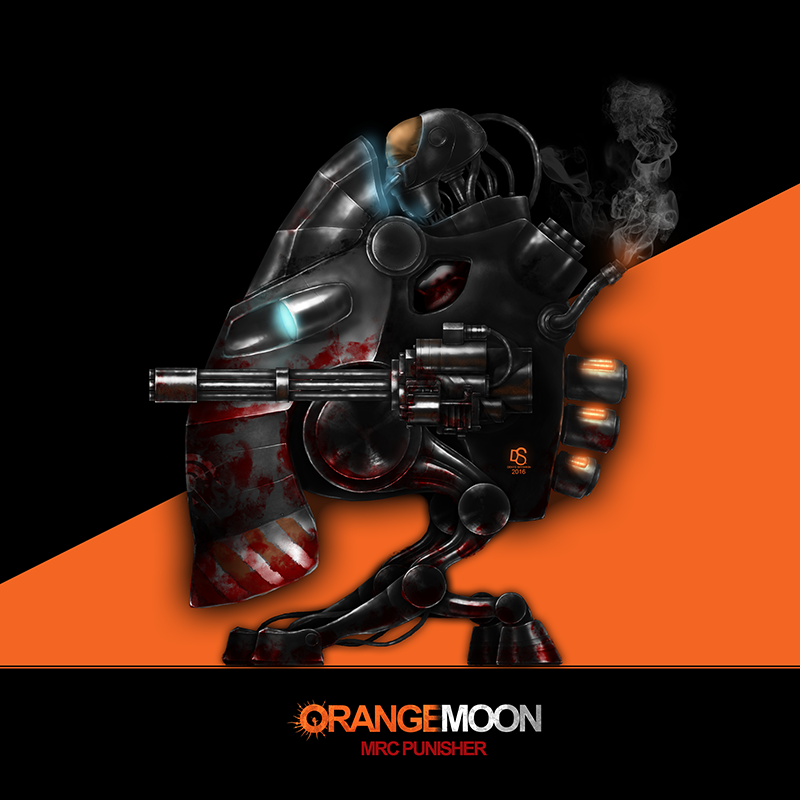 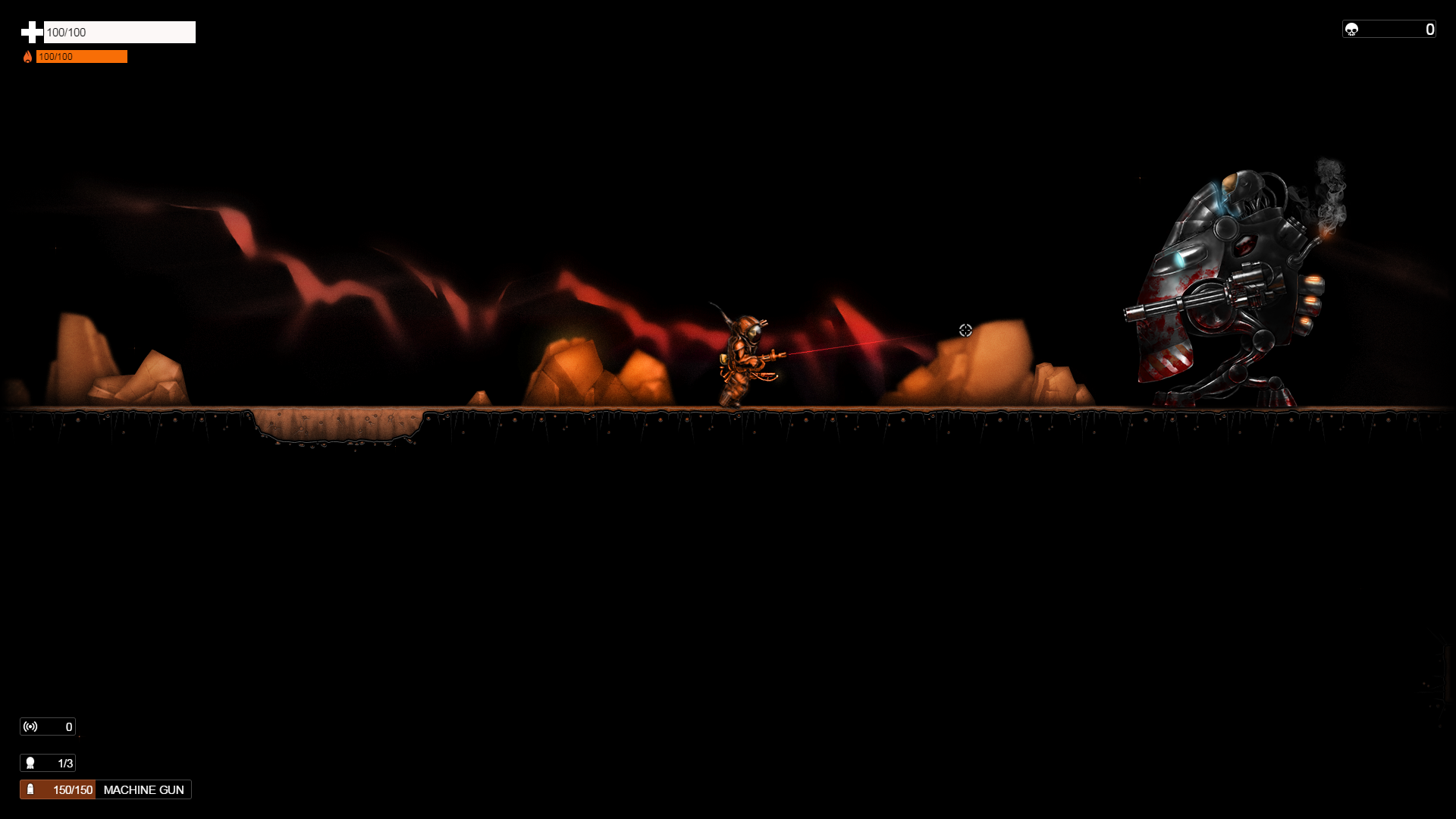