A month has passed again very quickly. This time the updates have been small but many.

Greeted be you amazing readers! A month has passed again very quickly so it's time to let you all know what's going on with the game.

This time the updates have been mostly small but many.

The crafting-system was finally implemented for all gathering professions. This means that miner, lumberjack etc are able to collect materials and process them into ingredients used by the other professions. 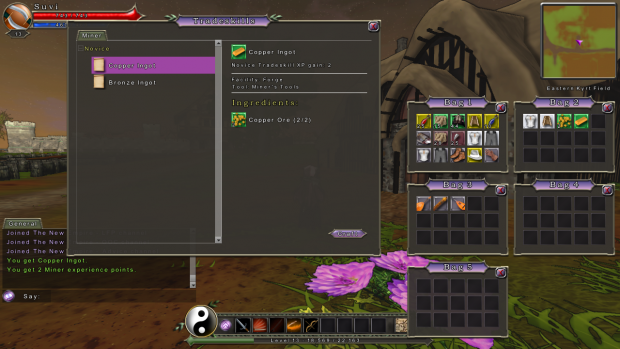 Armoursmiths and Weaponsmiths were implemented as well. They also got a crafting process system which works like a minigame. Player needs to perform different kinds of crafting actions to try and get the progress-meter to 100% - at the same time making sure the forge's heat doesn't drop too low. The higher the grade-meter the better the resulting item.

There's also different kinds of complications that need to be remedied or they'll affect the crafting. 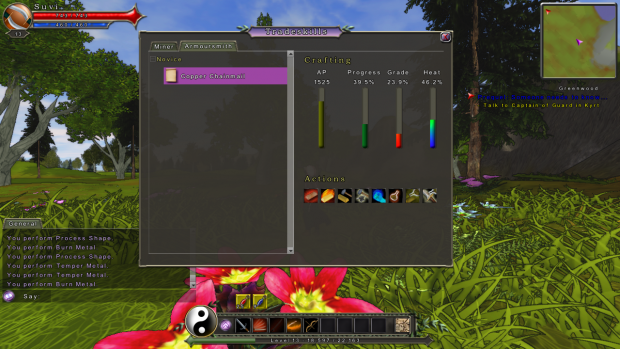 The other professions are still missing their minigames but they'll be quite similar without the heat-meter.

The graphical user interface got a small upgrade with new colors, style and small additions like keyboard button names below skill and item quickslots. This makes it much easier to find the correct key during combat.

Some parts of the GUI still need to be worked on like scrollbar-elements and the old target-display etc. 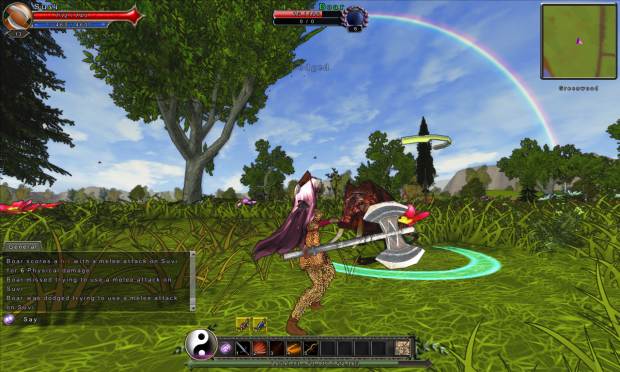 The building of Kyrt Farmlands continued, and the region is almost finished now. This meant that it was possible to start adding some quest content there already. So far 1 new love story-style quest chain with total of 5 quests has been added and more will follow.

The game has had a storm-weather quite long already but without lightning. Now the system will randomly flash and play a thunder sound during the storm. Later on it might even be possible to add some lightning bolt-sprites to the horizon.

The music system in the game got a slight upgrade with the addition of a new instrument, The Harp. The sounds for Archlute were also redone.

The performance stage in Kyrt was also built a bit further to allow players to hold concerts and other events whenever they want to. 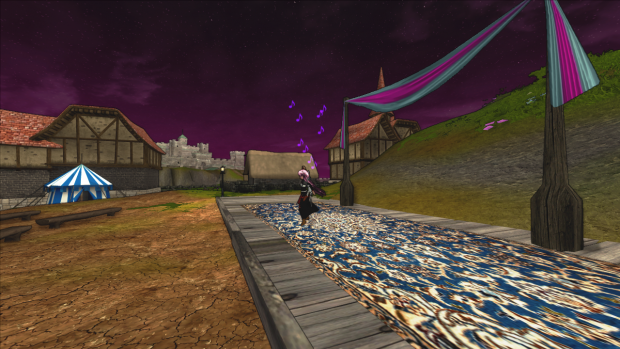 This could allow some player concert event to be held during the next public alpha weekend. More about this nearer to the test.

Since January is nearing by the day the top priority will be addition of new quests. I hope I'll be able to add 15 more quests to reach the planned 30 before the next alpha test. This, however, depends a lot on how much I manage to build the world.

Another important thing is the crafting. Most if not all professions should have their tier 1 recipes available by the next test weekend. This, however, isn't top priority since there's no trading functionality in game yet either.

2 other big features I want to start working on soon are player house furniture system and the player controlled boats. Both systems have been in previous Gekkeijus but they could use some polishing and be made more user friendly.

Have a fabulous autumn and stay tuned!