This is our first official monthly developers update. This month did not have much on indepth updates. But we are sure that the next one will be better!

Posted by SifakaGameStudios on Oct 5th, 2017

What did we do in September We've been working hard this month again on Zoo Manager, We started the past month with a little facebook advertisement that did not really work out, but it showed the new animals perfectly! The past month were mostly working on the new animals as we nearly completed 6 new animals for the demo (atleast in model and animation). These animals were the Masai Giraffe, Red Panda, Striped Hyena, Bengal Tiger, West African Lion, North American Cougar. 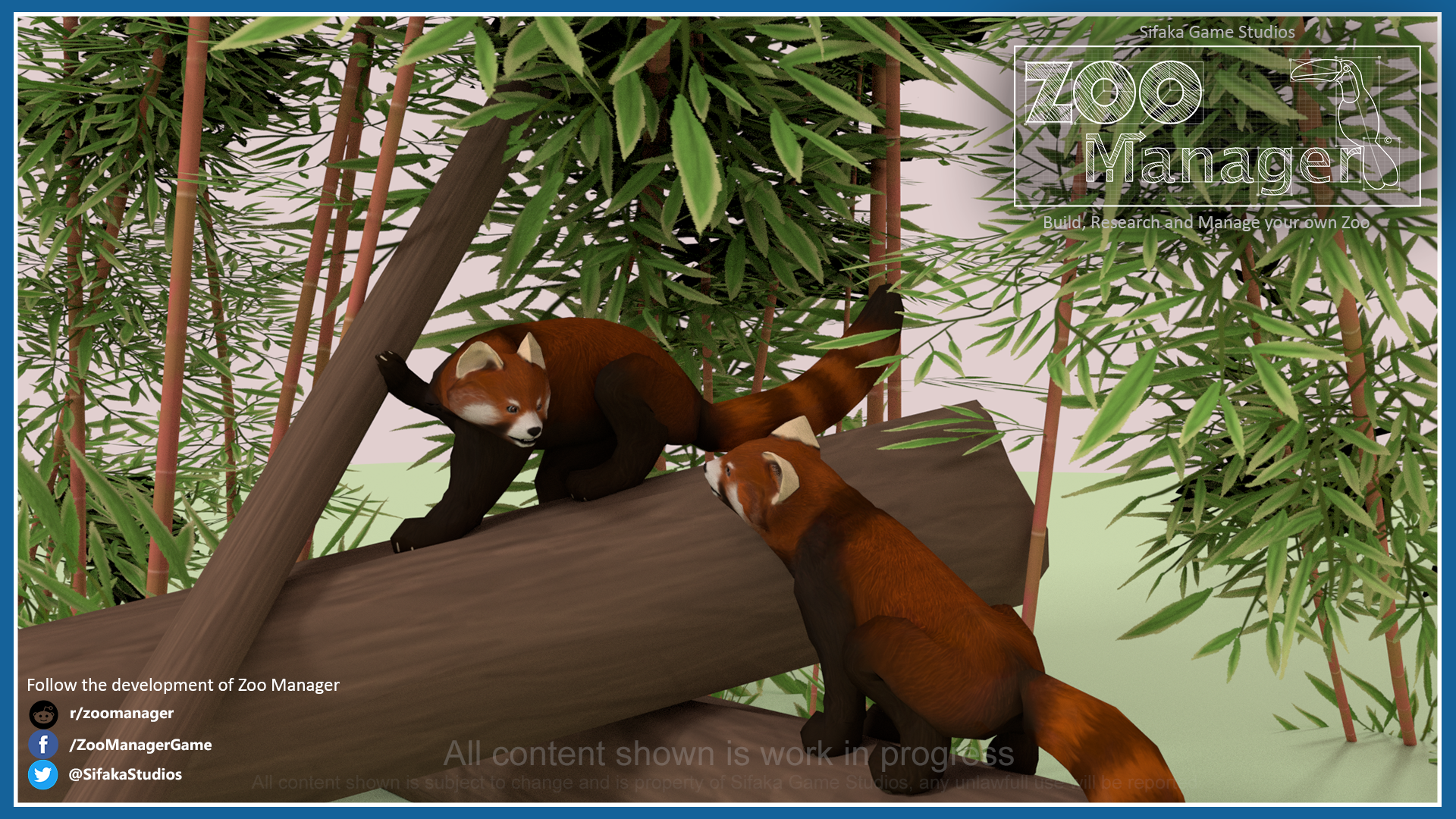 The Red Panda image we released earlier this month

Also the team and I did some designs on new objects. You've seen the 'healthy food-truck' but also some new fences were made and prepared. Coding kept fighting with the pathing and the UI as both need some special mechanics that are handmade by our wonderful coders. More info on those later. Since today we also have a new coder in the team, so please welcome him, Edward! he will be working all-round and will start on some animal AI. Other new people are the mods, we almost had to replace the whole mod team due to some unexpected personal issues. No worries they are still around to talk with you. Just no longer a moderator.

What we are going to do in October We will continue making the animals and hope to get atleast one of them every week here to the update channel. Also coding will try and finish their current tasks and move to enclosure and visitor coding. Hopefully we will be able to show some awesome stuff over this month!
We are also working on a new website, the most important things that we will add on this is the bug report and suggestion systems. That way we collect every bug & suggestion for the game in a database.
More info on our work in October next update!

If you have any questions, feel free to ask these. Do you know anyone that might like Zoo Manager, make sure to share our social media or the discord with them! Thank you all for reading.