Hello!
I'll keep it short this week as most of the work put into the game this week has been on preparing existing systems for new additions.

One such new addition is the tram and monorail systems mentioned in previous logs. 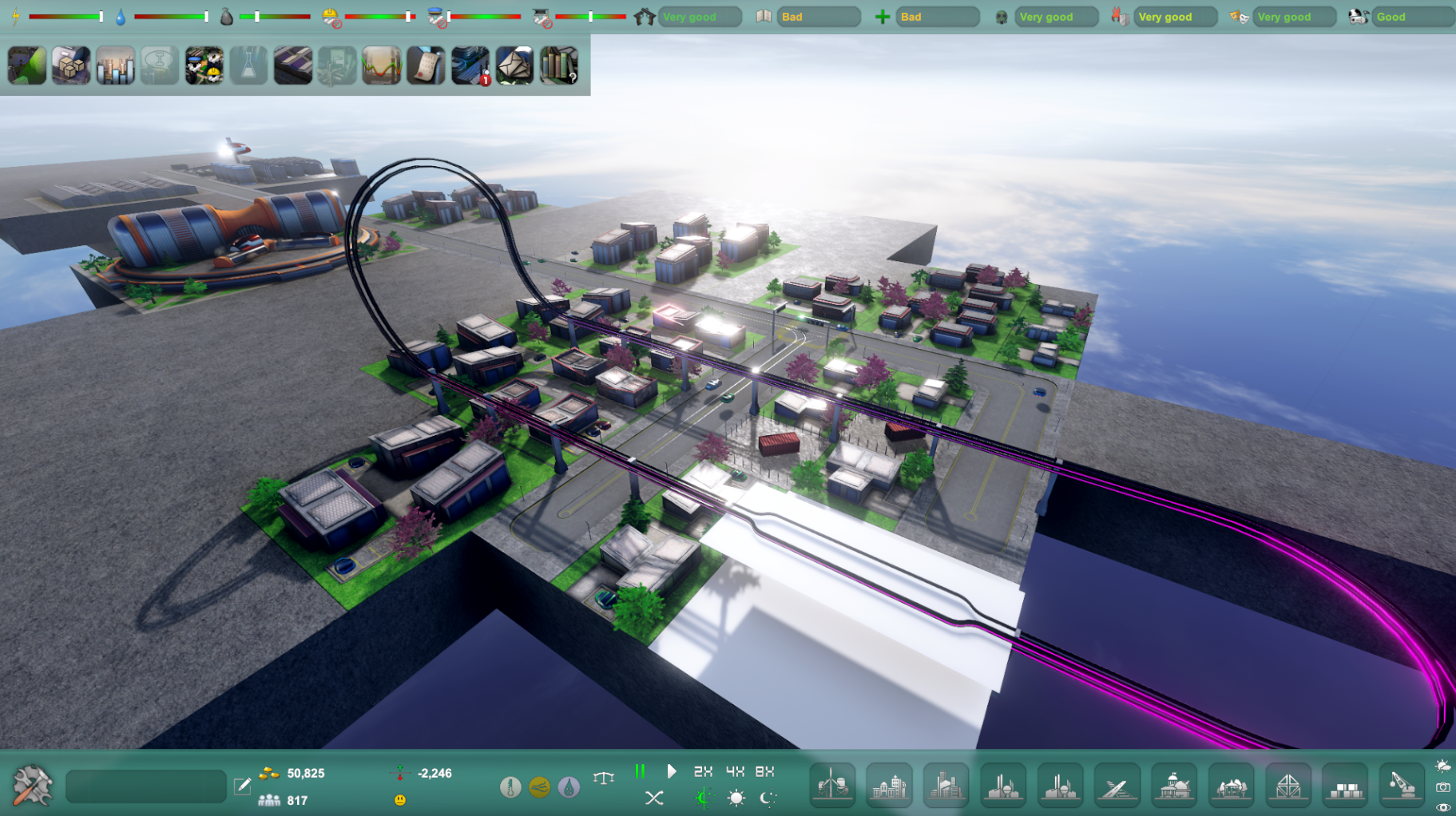 What will differentiate the monorail from the existing vacuum train system, is that it will need to be built nearby blocks, only allowing shorter bridges across gaps etc. In terms of code, they otherwise share many things but monorails will need to add some additional complexity. So I've spent time this week cleaning up the vacuum train code to allow for better pathing and a faster calculation of routes. 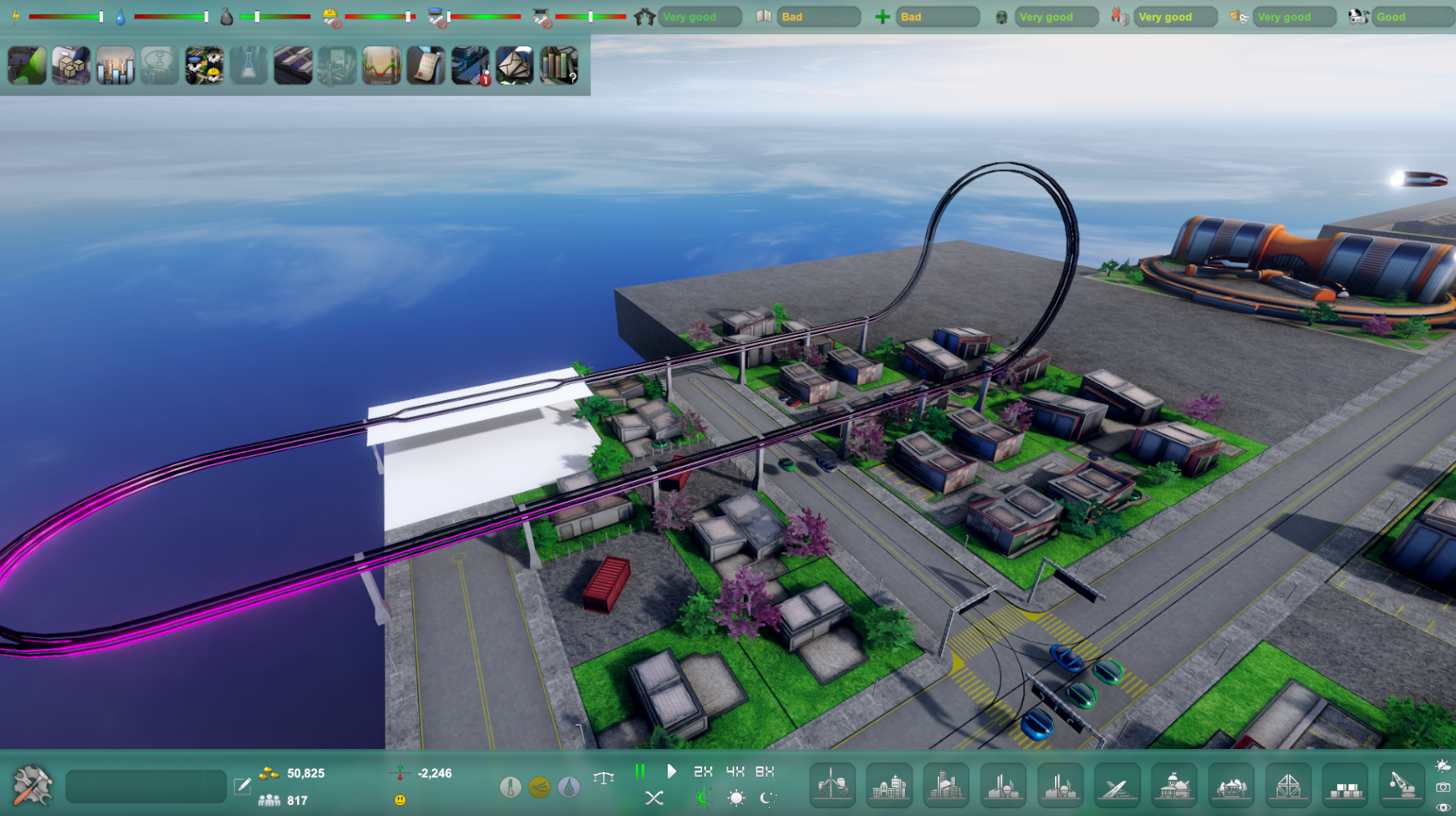 Once I'm not updating the vacuum train/monorail code, I will get back to work on regular traffic to try to improve paths there as well. This will be a bit more difficult, as there are way more cars at any given moment, so care needs to be taken to keep it all efficient. 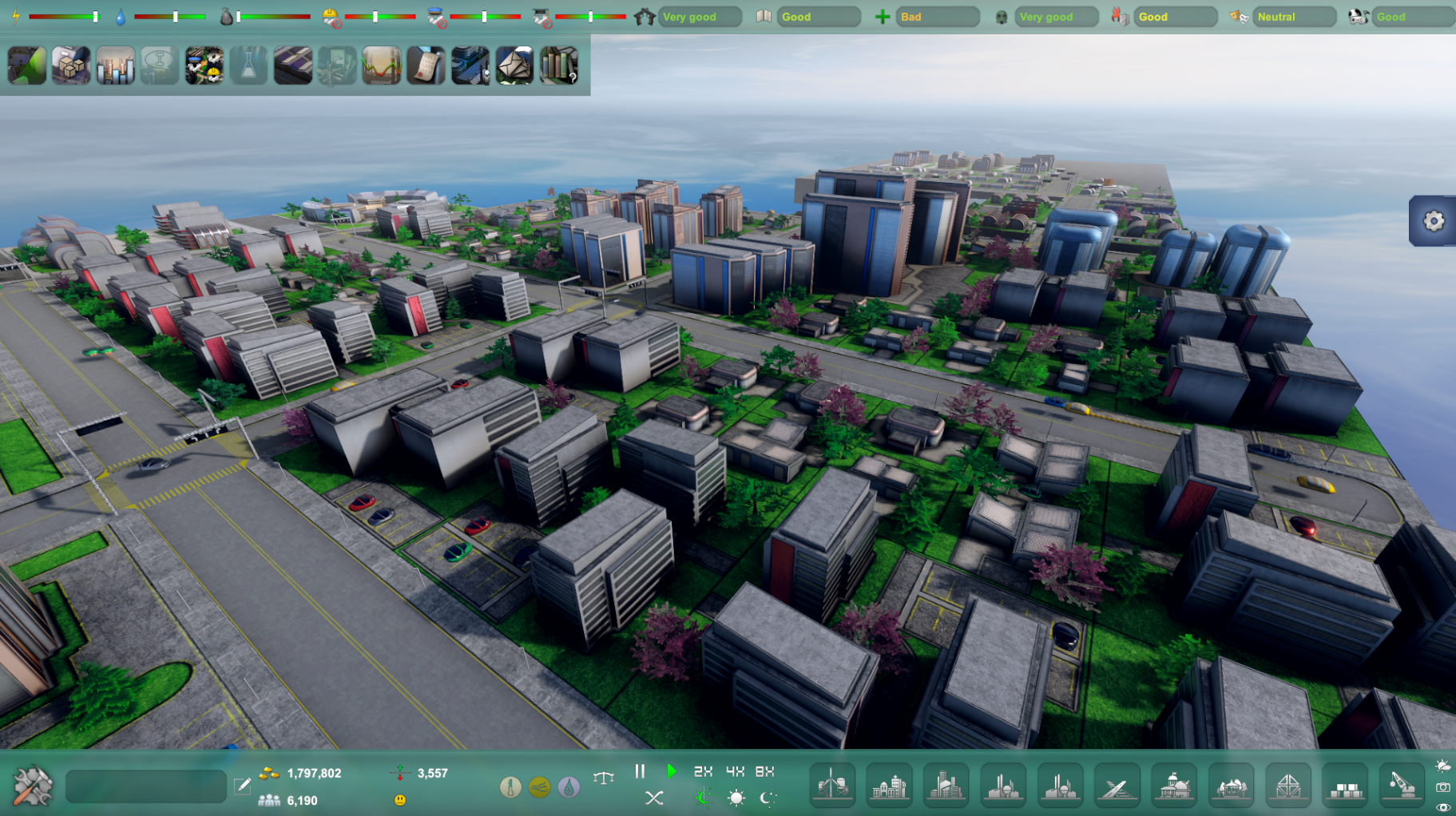 Since trams, monorails and vacuum trains will (hopefully) all be in and functional in the next update (due the 7th or 8th of june), I've also added a local area effect for public transporation. Since there are now very many local area effects (including crime, health, education etc.), I've also redone how they stack. Previously they all carried the same weight, given that now there are so many, it was possible to get good building efficiency even if one was completely lacking. So now they are now partially multiplicative, if one is missing it doesn't make much difference, but if two are missing it will have a large effect, and so on. This will make it more important to build well rounded neighborhoods. 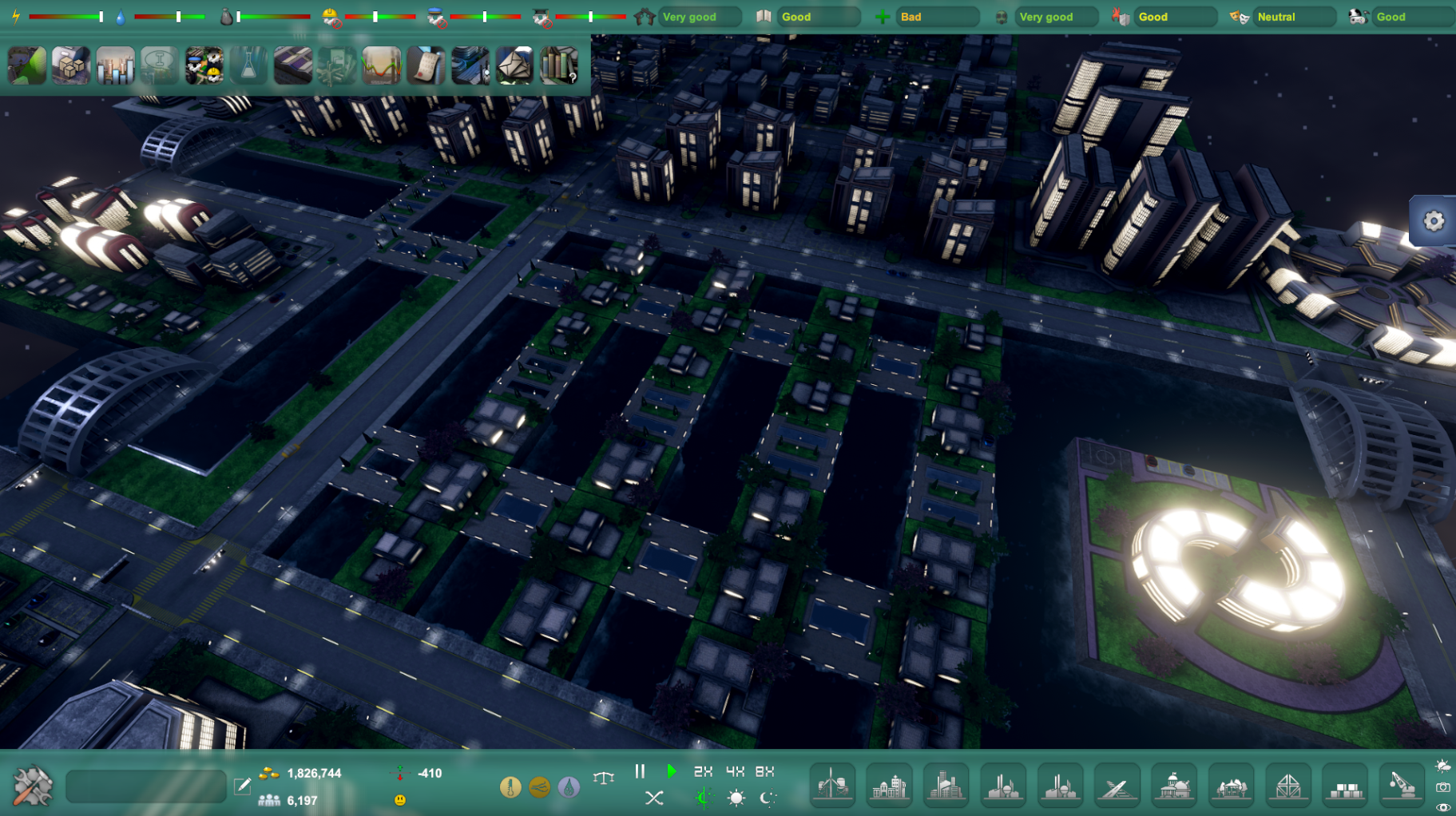 Once I've gotten the next version up, I will most likely do another version focused primarily on bug fixes and performance, as there has been a lot stuff added recently and a lot of systems that have been cleaned up (possibly introducing new bugs). 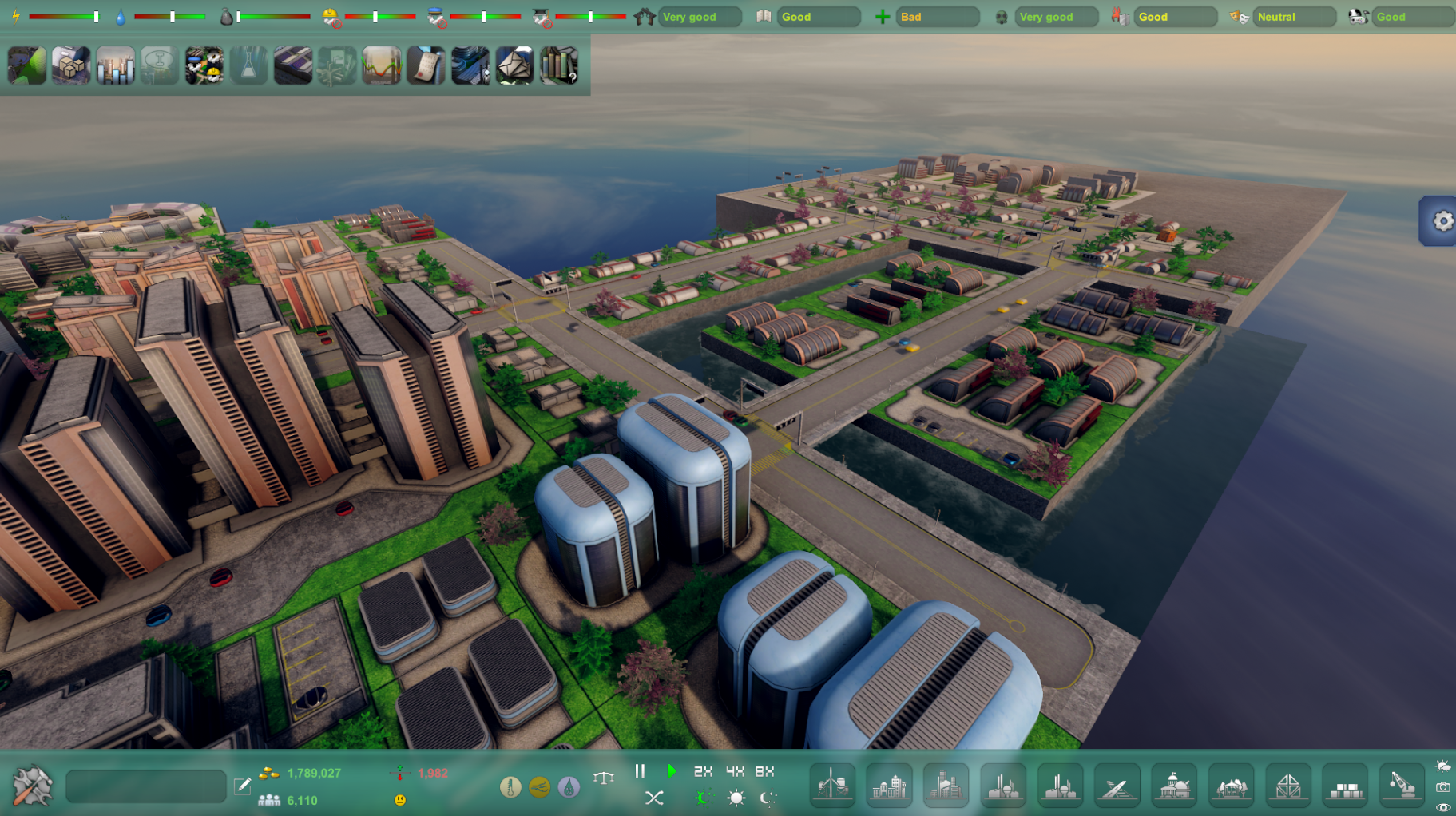