Post news RSS Monkeys in Korea… and awards in Strasbourg!

We attended the BIC festival in Busan... and won an award at the Strasbourg European Fantastic Film Festival!

A few weeks ago we showcased, for the first time ever, a playable version of Do Not Feed the Monkeys. And…yes, we did it quite far away from home – roughly 10,300 Km from Madrid – at the Busan Indie Connect (BIC) festival.

So, after a 32 hour trip including two transfers, we arrived in the beautiful city of Busan (Korea). We found to our great surprise that the festival was to be held in the open, but as it tuned out this worked really well – as it was very refreshing to be playing games outdoors, this was helped further by the Busan Cinema Center being such an amazing venue. 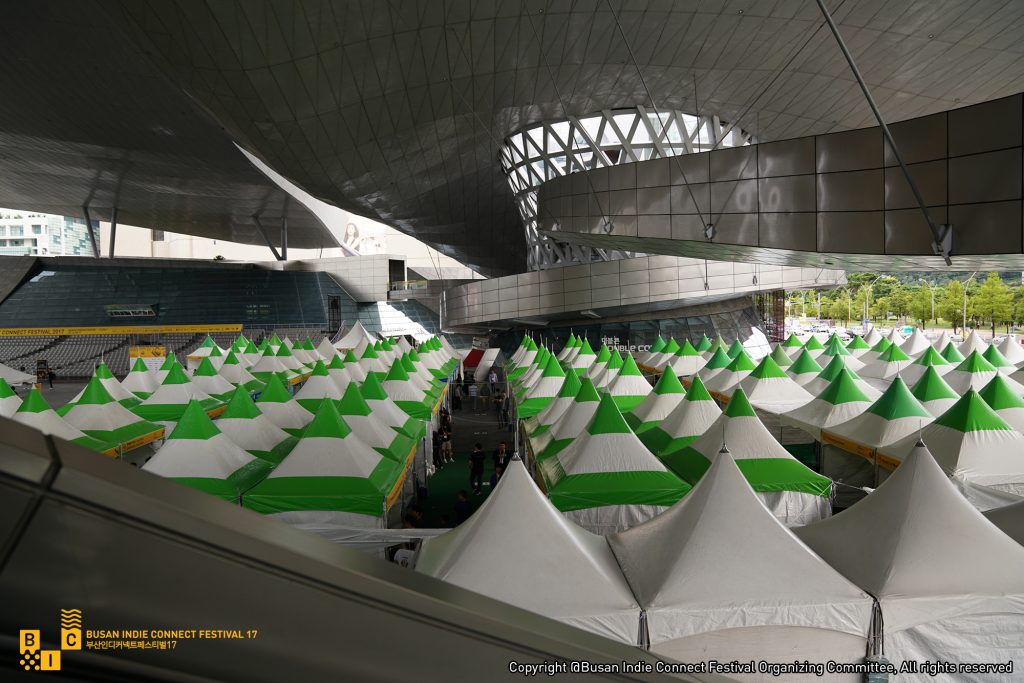 The venue, before the opening

Although the weather was not the best (we had to dismantle the booth every night because of the risk of heavy winds), it worked really well for both exhibitors and visitors alike. To feel fresh air at a video games conference – after many good-old on-carpet-and-artificial-light events – is something we’ll never forget! 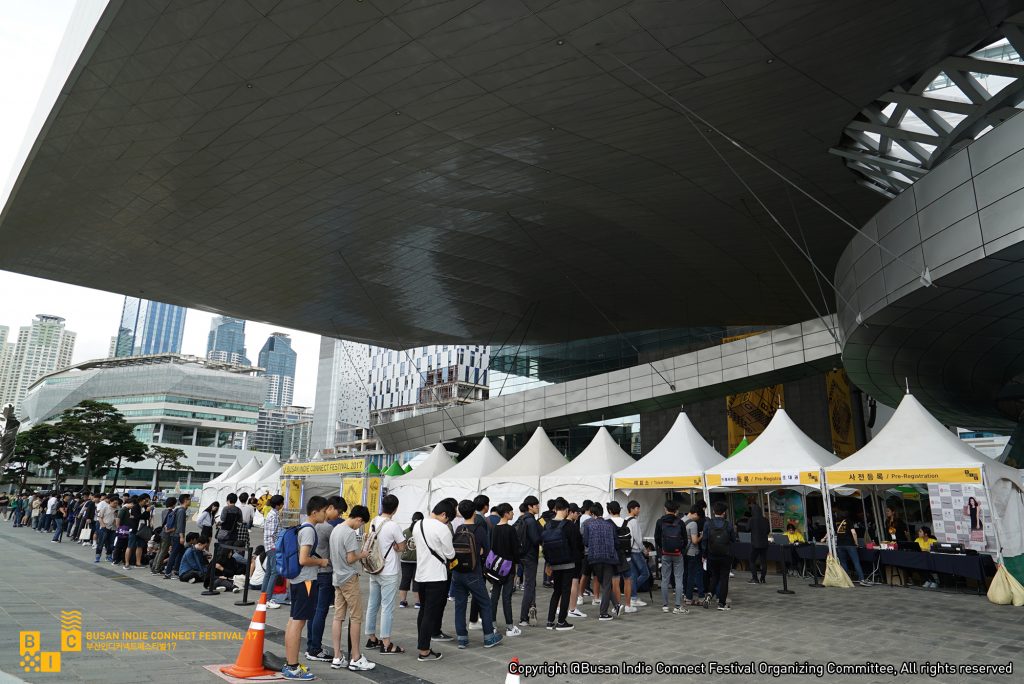 Players who sat and played the English alpha-demo of Do Not Feed the Monkeys loved it!! To showcase our narrative-driven game at an any event is quite a challenge, especially when you consider a frantic action shooter is always more flashy than a game that forces the player to focus on the games narrative. But those who got into the game loved the concept, loved the story lines and they loved the game play mechanics. Some of them even told us they had never played a game like this ever! 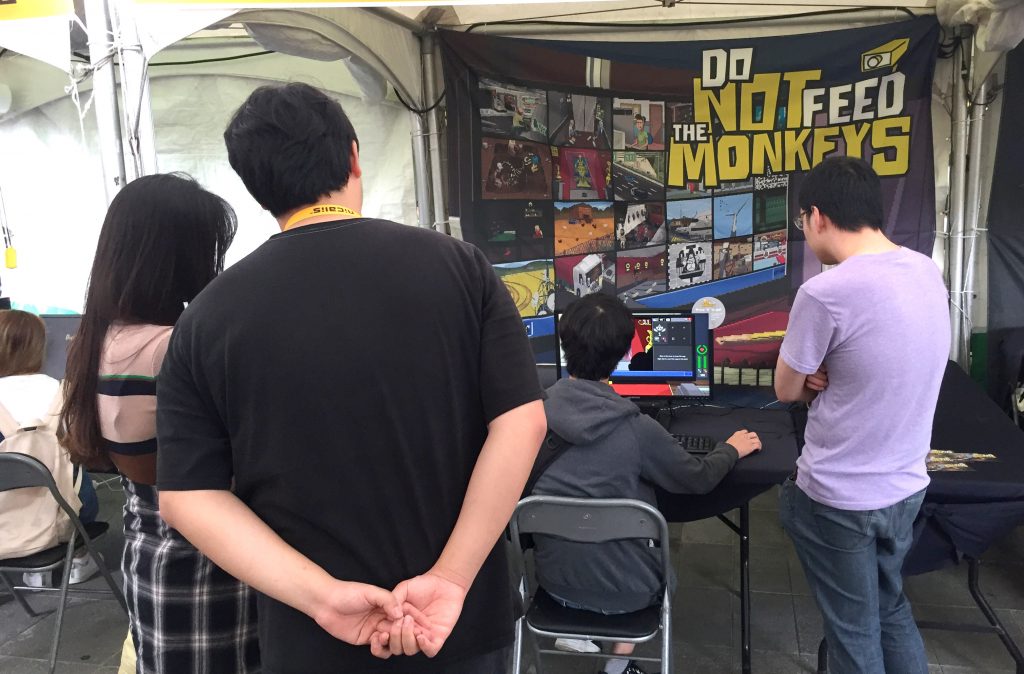 Players enjoying “Do Not Feed the Monkeys”

As it turned out we were one of only four Spanish studios at the festival. The organisers placed all our booths together and this worked well as we could all support each other when needed. So here goes a huge shout out to the other Spanish studios in attendance: Mango Protocol, Appnormals and Beautiful Glitch… thanks a lot guys – it was a pleasure to share our Korean adventure with you all! In fact, one of the things we also liked about BIC was the organization – this was simply awesome! A big thanks also goes to everyone involved on that side of things and to the developers we met. 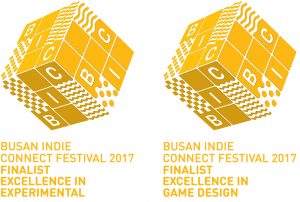 In fact, we were lucky to meet the developers of some other games that we loved as well before attending the event, such as Replica, Old Man’s Journey, Ruiner and a lot more. That’s a so cool thing about indie events!

BIC also holds an indie games contest… and we are delighted to say that Do Not Feed the Monkeys was a finalist in the Excellence in Experimental and Excellence in Game Design categories.

A week after our return, something even more awesome happened. We had submitted Do Not Feed the Monkeys to the Indie Game Contest of the Strasbourg European Fantastic Film Festival. As it turned out the festival took place over the same dates as BIC, it unfortunately meant we couldn’t attend. However we were aware the game was being showcased and that people were again loving playing it. The great news is Do Not Feed the Monkeys won the Octopix Award for the Best International Indie Game!

Considering the awesome games that entered the contest, we couldn’t feel more honored to have won. So, on behalf of the entire Fictiorama team, a huge thank you to the jury and to everyone at the Strasbourg European Fantastic Film Festival for voting for our game!

P.S. If you live in Spain and you’d like to play Do Not Feed the Monkeys…, then don’t miss Barcelona Games World and 3DWire this weekend. A demo is going to be showcased by Badland Games in Barcelona and by us in Segovia!

P.P.S Did we tell you Do Not Feed the Monkeys game has a Steam page already? Add the game to your wishlist now!

Congratulations on your award! Going to all sorts of cons must be a wonderful and very informative experience for a developer, I hope I get to go someday in that sort of professional capacity. =)

What an amazing space for a convention, too. Must've been a pain to set up your booth everyday, though.