Posted by matthewdryden on Jul 4th, 2010

Let me just get out of the way:

Modular Combat v1.77 is not coming out.

That being said... well, you've seen the title of the news post already. Modular Combat 2.0.0 is the next version that we will releasing. We're very, very excited about this release, and you should be to. We some amazing things that will be coming with Modular Combat 2.0.0!

The answer is simple: None of us feel very good about v1.77 because we've been working on it for the past year without much success. We've built feature upon feature with little bug testing and we have dug ourselves a hole that is just too deep to climb out of.

So.. what's the difference?

We will be scrapping all of the changes we've made in the past year.

Yeah. Just take a moment to let that sink in.

That being said, we're not abandoning them completely. We've instead chosen to implement only a few at a time, put them through proper bug testing, and then release them immediately.

So what does this mean?

It means that you, the players and our supporters, get to play a new version of Modular Combat! And I'm not talking an abstract time like "when it's done". We will be releasing as soon as we've run our short development. I believe the terminology is: Release early, release often.

Here are the current features that will be implemented: 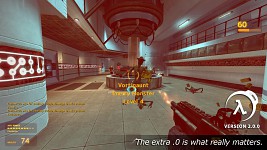 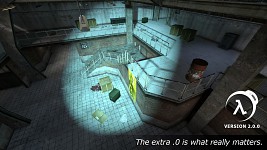 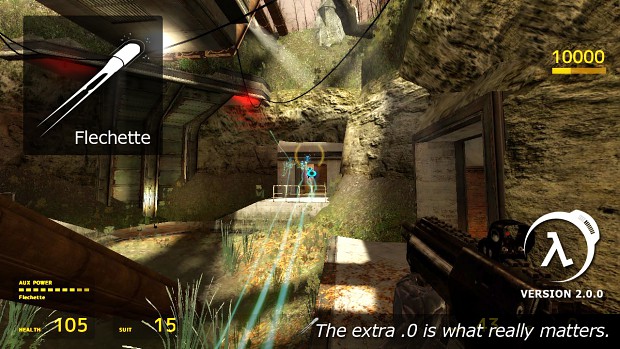 What does the extra .0 mean?

Technically speaking, it means a very small update; bug fixes. But in the grand scale of things, the extra .0 stands for a whole new method of developing Modular Combat. The extra .0 means more frequent releases. It means proper, well-tested releases.

It means we are ready to bring you what you all what you've been waiting for in the past year. 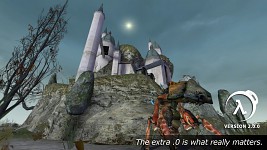 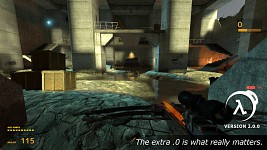 I ain't even going to mess with you. It looks pretty bad right now, but that will change soon. It looks this way because I've been focused on getting the mod back together. That'll change soon. But be sure to check out the forums!

I mean it. Check out the forums. Sign up for them. Post your thoughts and hopes for future releases of Modular Combat. Upset with us? Let us know.

This reminds of me CSI: Miami.

i said Dr.HAX style because he says it while shaking his big head with thumbs up!

At least two thumbs up!

As long as teleport is as fun to do as it is now, sure.
I'd love a new teleportation effect though. With that light-bending stuff that the strider cannon does as well. It'll be like Jumper.

It's not so nice seeing you guys doing almost nothing, but announcing stuff that you later reveal to be almost non existent and even if, not working. I'd give MC 1.77 a chance, but this is such a completly fail, I'll regeret from this game and will never play it again :(

So, it isn't enough that these guys are making this in there own time, for free?

Leave 56er alone, he can barely dress himself in the morning. It's not his fault that his opinion doesn't matter, he can't help being retarded.

It is! But it's not cool anouncing something and never doing it (seemed so for me :(

I agree with 56er, but there's no reason to complain about it, they are trying their hardest to keep the mod going and i support them for that.

Weapon upgrades are coming. I promise you this.

ok so even though they updated the maps, fixed many things and added a flechette module your still unhappy? sorry but go make your own mod or jump off a bridge. By the way, awesome update and will download since i have my new computer

Thanks for mentioning my work on the maps

Sexy mod, keep up the hard work and don't let people discourage you!

Sexy isn't the word I would use.

Looks a hell lot better than what I had been expecting.

i know you said your scraping most of your work but will the 2.0 have the support for servers to create their own monsters if so please allow custom player models because ive always though having telly tubbies as player models a cool idea :P

We're not scrapping all the work...we're just removing it and adding it back in slowly.

OMG YES ive been telling modders to do this for years thank god your doing this :3

Yes and gravity cat will be more amused on 8th july :3

The server side player models would be easy (actually, theoretically, it can be done now) the monster scripting will take time because we have to re-overhaul the monster system by hand so it may take a couple revisions but it will get in there sooner or later.

Dryden, Winston, you guys are the most awesome people in the world.

omg, I nearly **** my pants when I read the update! Flechette gun, yeah! Hm, I think I'm gonna keep my "Combine-Mage" instead of making a new "Aperture-Mage", wanna have a real staff like the Stunstick xD Can't wait for it, we want, u deserve, that's how it should be!

The only thing that's going to be annoying about this is the constant need to DL new files. You guys are going to post a news update with every mod update right? Since I'm subscribed to your RSS feed at least I'll know when I need to DL the next patch.

I have a feeling that this will come to Desura... :D

Will our accounts in each server be cleaned up and started over again? I had that problem before during one of the updates. My accounts came back in about a week, though.