With strength born from 2 hours of sleep per night, missed homework deadlines, and over 9000 cups of coffee.. Mod Fidelity brings you Modular Combat 2.0.0!

Posted by matthewdryden on Jul 8th, 2010

This has been a long time coming. Almost a year ago, v2.0 was a vague idea in our heads. We knew what we wanted to put into the game, but it was a vague idea. We worked for 6-8 months on v1.77, and with every day, v2.0 seemed to slip further and further away. 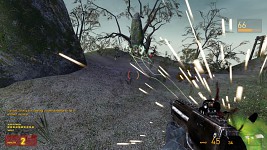 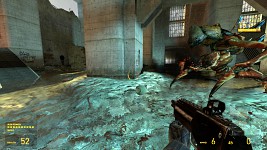 Back to Basics: Modular Combat 2.0.0
The extra .0 stands for everything we've always wanted to do with Modular Combat, but we always kept getting ahead of ourselves. Yeah, we scrapped all the changes we made in the last year... BUT DON'T WORRY. Bit by bit, we will adding them back in and getting your feedback as we go along.

See you on the servers!

Hell ya. All that hard work packed into one download!

You guys better be on the server. :D

Damn right we will be.

is this game rly so fun? :D havent played it yet

Wow, no offence but I thought by the last media post that it would take another month or so for a new release, but now this just made my day (or week). Great job Mod Fidelity team.

Thanks for your support! We changed our minds after I made that news pst.

I haven't played in awhile, but this will change it.

Excellent! Hope to see you on the servers

Ohh yes!
I wanna play this all friggin day!

YES I love this mod!

Annoying question, but you still need EP2 to play this?

You can play without Ep2, but you will see ERROR-s.

Yeah, we do require Episode Two. Soon, we will also be mounting Portal content.

This may sound little strange but there was no weapon enhancers wtf???

Those will be coming out soon.

I got a Huge bug some how i cant log in my account anymore well i just put a simple pass and name and when i came back it sayed the password was incorrect and i got a lvl 6 had equiped cloak and lvl2 health regen and an lvl 8 aux regen is the server buged or something cause i need to have my account back and i made like 3 accounts and they all say my pass is incorrect i even put a pass just J and still wouldnt let me in so what do i do? plz can u send me an message in moddb thnx for readin this

The server you were playing on probably had not updated to version 2.0.0 and hence did not save 2.0.0 character data correctly.

Wait. "dm_backbone, dm_datacore, dm_deadtrack? Those maps are already released! A couple servers already have those!

Awesome stuff, first time I really got to play this, was alot of fun :D

I chose my suit to have 50 armor max though and when using the suit rechargers they would reset it to ~35 and start charging me again, never reaching 50 and the mega charger could charge me to 50(overcharge of 50 or oversight?)

All in all, great mod, keep on updating it!

Seems I can't go over 37 armor to be exact when my max armor is 50.
Additonaly, swapping to a 0 in the clip 10 ammo reserve SMG due to the ammo regen when I'm clubbing someone/something can be really annoying, there seems to be no way to turn this auto swap off. Would be nice if that could be disabled in a future version.

Further intel, seems the armor regen buggers my armor amount, it stops regen at 37 and it resets it to 37 after using a recharger and going over that. The battery packages however don't cause this reset either.

I've also noticed an extreme annoying push from teammates, resulting in being unable to sprint properly if they're in front of you(they push you back), why not simply dissalow team mates to collide complete and remove the push. Would have been easier to code too :P

The Armour Regen is a bug that should be fixed in the next version.
The ammo regen autoswap is another bug I just added to the queue.
That push is in the orange box collision code. We have not modified it.

You should make Plague effected by Poison Resistance

TAKEN FROM THEIR WEBSITE WHICH HAS NO MENTION OF 2.0.0:
Modularcombatsource.com

We have updated our site since, also, no there is not, hl2:ep2 is where we draw many of our models, textures, and particle effects. So if you play mod com with out hl2:ep2 you will have a couple of missing models, displayed as giant 'error' blocks.

Our aim, for the moment, is to be an orange box mod.

Can't wait to test out the new update and get back into MC. Great work team!

Ok loving that this mod is still being looked after but one thing that dissapoints me in 2.0.0 why did the module called resistance(the one that has you take less damage per hit) have to be taken from me i had my ultimate PvM character thanks to that module now i die in two hits

That was good move to relese this =D

HOORAY! I was really looking forward to the weapon upgrade system, but hey, it's still a release! I'm gonna go get playing as soon as it's downloaded. I need to catch up...

Haha, finally! I can't wait to get back into ModCom.