Question of the Day: 1.What RTS's played the biggest inspiration in how you designed the Edain mod in terms of gameplay? (Not counting BFME 1 and 2.) 2.What was the most weird bug/WTF-situation that happened during development? and keeping with the spirit of Star Wars this winter: what middle earth character do think would fit in the Star Wars galaxy? I'd say Gimli :P

Mod of the Year - Question of the Day

The first round of the votings for the Mod of the Year 2016 on Moddb ended and thanks to your support, the Edain Mod reached for the seventh time the Top 100!
This is again a very big achievement and a great honor, so we would like to thank the entire community for this support! This would not have been possible without your votes and we are really proud to have so much fans around here. Of course, we will continue to do our best so that you can experience a truly great Middle-earth feeling in Battle for Middle Earth.

Now the second round of the Mod of the Year 2016 begins and we need again your votes for the Top 10! You have to select the Edain Mod from the list of the Top 100 and then click on "Vote". So that your voice counts as much as possible, we ask you to register an account on Moddb or to use your existing account before your voting. Even if we can't reach the Top 10 anymore as we have won last year, we still can get a honourable mention.

You come across to the list of the Top 100 with the following button:

Question of the Day

As a special thank you for all of you, we will daily answer one question of the community for the rest of the election phase. You are allowed to ask any question concerning Edain, as long as it does not involve any plans or contents of future versions. We know that this is quite a restriction, but we don't want to spoil you or ruin the suprise at all. Nonetheless, we are sure that you will be able to ask many interesting question.
At the end of each day we will give you a detailed answer to the question that is most upvoted by the community. Please consider that we need some time to answer the questions, so post your questions until 21:00 GMT (Greenwich Mean Time).

Question of the Day 1

How many makers is in your team?

The Edain Team consists of 11 members:

Ealendril
Ealendril is the leader of the Edain Team.
He is the Coder of Edain and also does models, graphhics, skins and animations. Also there is hardly anything Ealendril isn't able to do.

Lord of Mordor
Lord of Mordor is the one in charge of balance. He does the final descisions after discussing with the rest of the Team and the Balance Testers.
Also Lord of Mordor takes a main part in the development of new concepts.

Gnomi
Gnomi is a mapper. Also he fixes Map bugs and adjusted most of the Maps for 4.0.

Turin Turumbar
Turin created and maintains the Edain Launcher (or Installer or Switcher).

Reshef
Reshef works on the AI and global Map scripts. He is also a mapper.

Thorongil03
Thorongil is a modeller and animator. Most of all the new animations in the game are done by him.

FG15
FG15 is a mapper, but does mainly mission maps. He is also in charge of the English version and helps coding.

Trapper
Trapper is a mapper. Also he fixes map bugs and reworks maps.


Furthermore, there are former members of the Edain Team, of which Adamin should definitely should be mentioned, as he also worked on 4.0 as a graphicer and modeller, but due to inactivity he is only an honourable member at the moment.

Apart from the Edain Team itself, there are also many supporters and helpers.
Translators: Nightmaster and Martin
Apt-Editor: Gwanw
And of course the whole Team of Beta and Balance Testers.

Question of the Day 2

How was the Edain Mod born?

As this question is far too big and complex for answering it in a single day and in particular in a few hours, we will do a full update on it some days later.

Instead we will give you an update today.

Question of the Day 3

As we had two questions with exactly the same amount of votes today, we decided to answer both.

What RTS's played the biggest inspiration in how you designed the Edain mod in terms of gameplay? (Not counting BFME 1 and 2.)

I don't think that there have been that many direct inspirations of other RTS's, which influenced the Edain mod. I think the biggest influence was Stronghold, because many of the siege units and systems in patch 4.5 are strongly inspirated by Stronghold. Furthermore, the whole Age of Empires series has had a serious impact on Edain for sure, even if it is not that visible. I think most of us have played Age of Empires, and therefore we sometimes use examples of Age of Empires to discuss different systems and gameplay as well.

Of course these are not all, as probably every game that one has played yet, helps to see some new and different mechanics and to get a better inside, how games and in particular RTS work.

what was the most weird bug/WTF-situation that happened during development?

and keeping with the spirit of Star Wars this winter: what middle earth character do think would fit in the Star Wars galaxy? I'd say Gimli :P

Hm, maybe one could mistake Gimli for an Ewok, but this isn't sure. Also, Denethor's sinister and depressive behavior might fit really well into Star Wars.

As for funny and WTF situations, there have been many. Below, we want to share some of them with you: 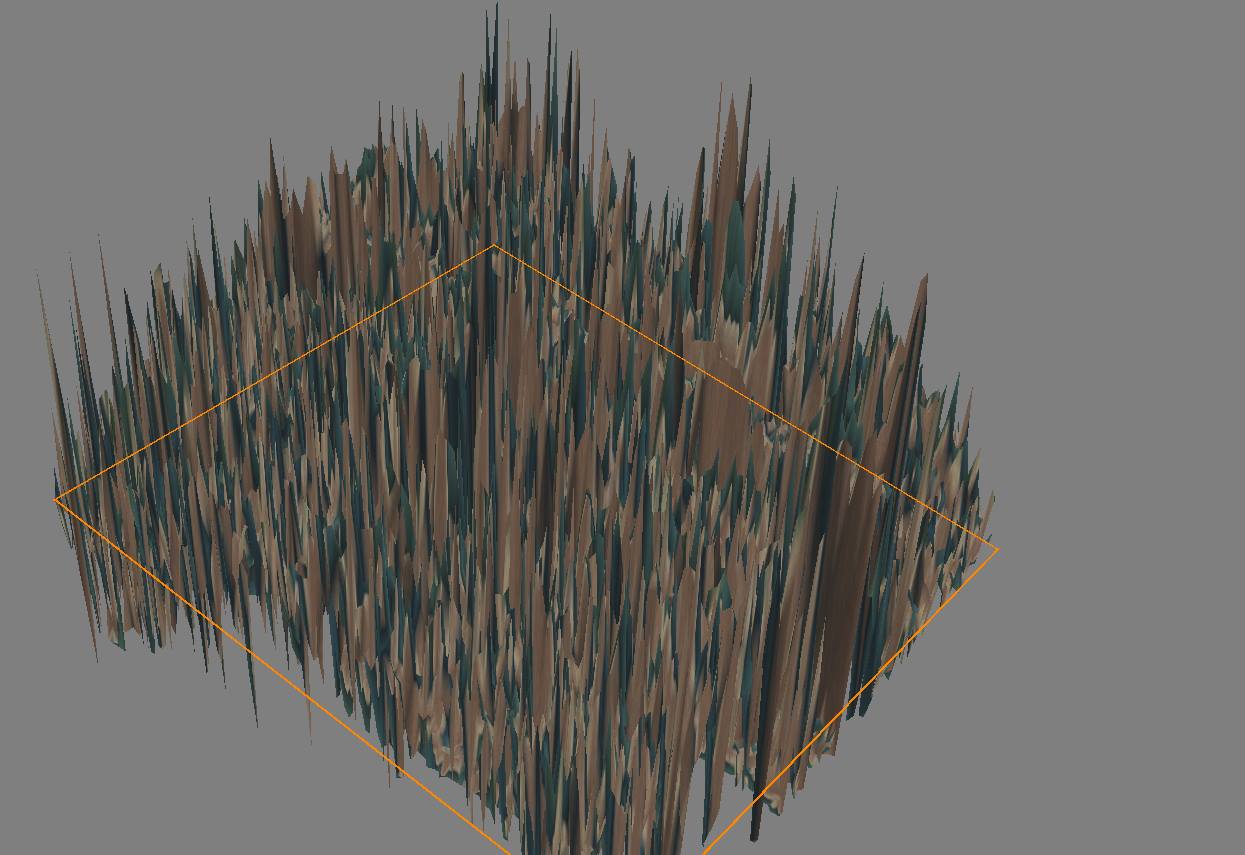 Did you know that there was a website, which offered "Travell Camp in Edain 4.2" as a track to download and that it could even been bought on CD? (The website isn't only anymore)

When we started a "Brief Map Ideas" thread, we didn't expect an idea being that brief:

How should this fan be able to play realistic movie battles:

I really hope you're reading this.
The lagg that I occasionally get after some time inside a skrimish fight makes the game unplayable sometimes. [...]
It normally happens after around 40min played when you have around 5000 units up.

Some creative suggestions for soundsets

Can you do Liam Neeson from 96 Hours as the soundset of Sauron?

A first concept of Dain on his boar 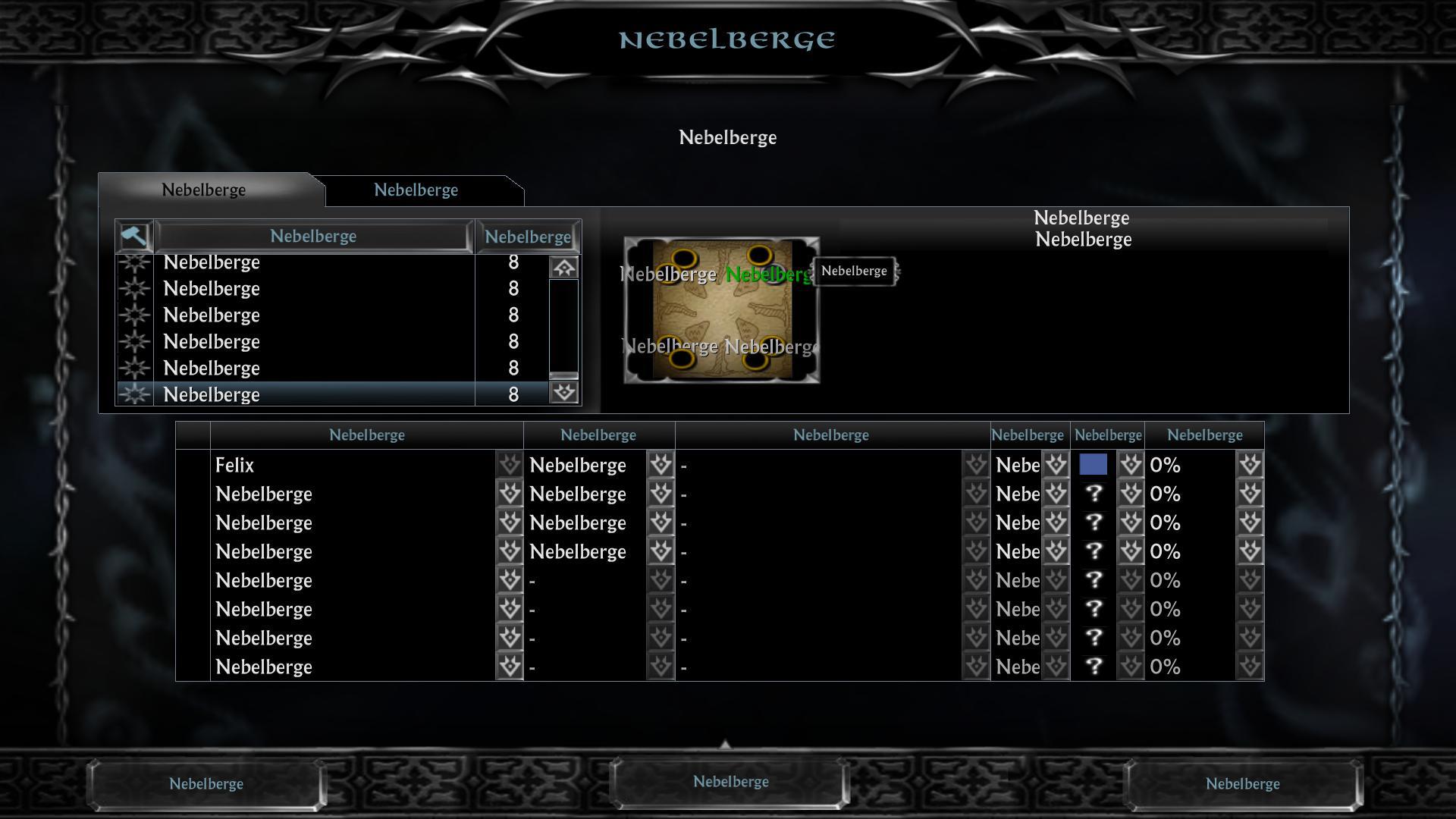 What happens, when you cross Legolas' "Rain of Arrows" with Gimli's "Leap"

Sometimes your buildings want to go on adventures, too

Nothing is as horrible as a dragon: Scatha

HAHAHAHA, this is the best question of the day so far xD. The Misty Mountains one killed me, the Rain of Leaps is hilarious. Looking forward to the official release of the Edain Team album with all the best hit singles about buildings xD This was a great news :D

FG15: Where are you going?
Minsehaft: I'm going on an adventure!

I never expected the answer to be that damn good :D

Rain of Leaps is now my most wanted easter egg to be implemented in the mod :P

Edain 4.5 new map, Sauron's Helmet.
But seriously, I have to get my hands on the rain of leaps. I need to!

I didn't know that the world builder could do an impression of Saurons helmet.

And a question, are there any easter eggs in Edain that have not been found yet?

There is really no way of answering that since there is no complete list of all the found easter eggs anywhere. Although the wiki is trying to create a complete compilation of English riddles, but many more remain to be found I expect.

As every team member has his own list of Easter Eggs, of which most are unknown to the rest, I don't know the answer. But I guess there are enough different ones, that there still remain one or two.

For example I was quite surprised, when I randomly found a Map Easteregg, while testing something completly different.

That was some nice question(s*) of the day

Thanks for posting my last question.

Did you guys ever wanedt to make the Edain mod for a different game say Starcraft II or Age of Empires? Or possibly make the game from scratch on new engine entirely I.E Unreal Engine 4. As a way of not having to deal with technical difficulties like modding limitations as well as the lag that plagues Edain's online multiplayer. Especially considering that BFME II is ten years old.