The mod is being put on hold for the foreseeable future cause of a major GC game breaking bug.

I'm just going to let everyone know so they don't think the mod is dead when we don't post updates on new stuff, but for the foreseeable future this mod will stop all work on new stuff like ships,infantry...ect as there is a major game breaking bug in GC for the GCW era that crashes every time you win or lose a battle with the Mandalorian's on land this bug as far as i know is also in the beta i posted and for some odd reason went unnoticed by me until a new member joined the team many many months ago and for some reason is becoming more game breaking over the past few months and i think it needs to be fixed before we go any further

Now if anyone can help with this and give suggestions on why the game would crash whether you win or lose against the Mandalorian's odd thing is i can sometimes play and win or lose a battle and it not crash other times it's crash 2 or 3 times in a row. (Note: so you wont get confused the Mandalorian's are just the underworld faction with a few new units and heroes nothing that would change them big time)

But for the time being not all work is really stopping a new member joined our team a few weeks ago an he's ArvisTaljik he is improving and redoing some of our ships and he will continue that work while me and the other members try and find this really stupid bug.

But please for the time being stand by and don't lose hope in the mod and don't just forget about it but i hope this wont take very long to find the problem, in the meantime here is something i was working on for awhile as a replacement for the rebel stormtroopers that are in the mod atm or could be in the future a New Republic Trooper. Note: it's not even finished and once i get the problem fixed i will get back into this and change it some. 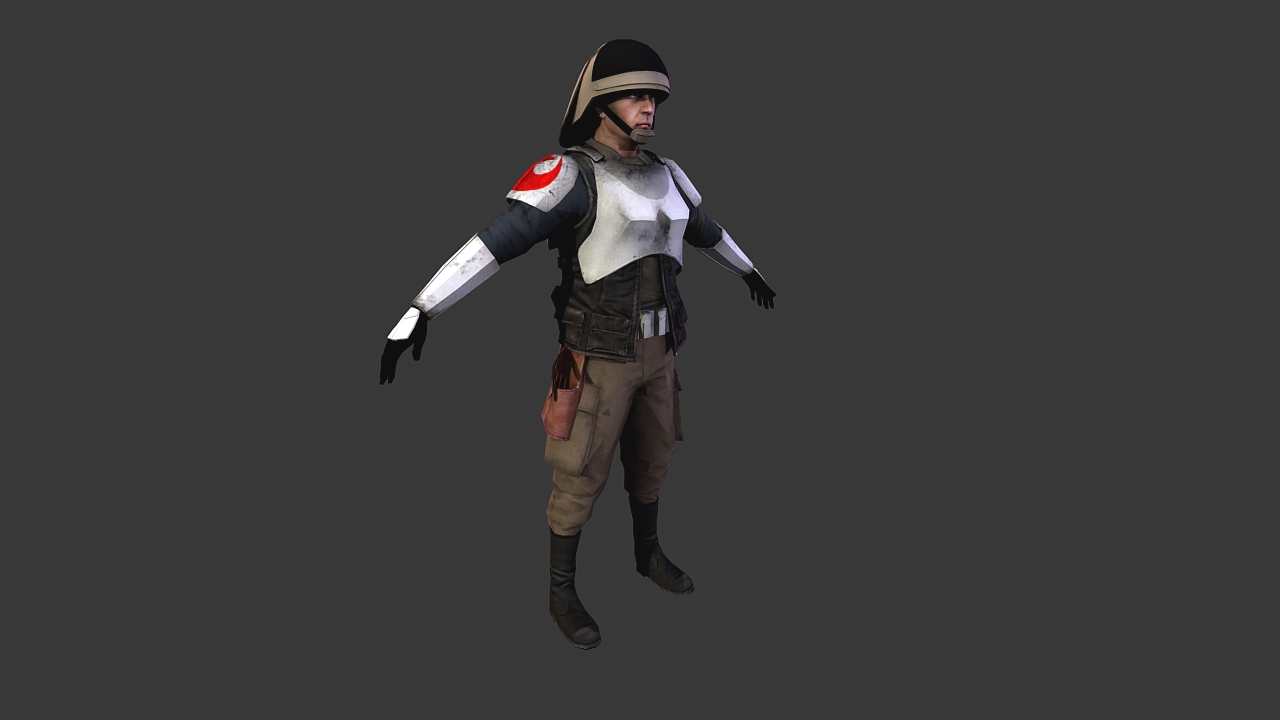 I'd love to help but I don't think I could contribute anything that you and your team wouldn't know. I've just started modding this game last year. So good luck with staring at the xml/lua files for several hours straight. And hoping for a great mod when this comes out (especially excited for the Old Republic era).

this bug sounds familiar. I haven't done any modding but if its the amount of units causing the bug then Corey (creator of Thrawns Revenge) has a fix or this bug. contact them

Yeah, I know this bug from somewhere, too. I believe someone posted something regarding this issue in the Steam discussions, but don't now if he was talking about the vanilla game or a mod.

This mod is one of a select few that's absolutely worth waiting for. Wish I could help figure out that bug but I haven't done tweaks to this game in years. :/ If I recall inconsistent crashes like that usually indicate a problem with a unit or maybe structure, but it's been a while...