I try to explain the game a bit more and show a little bit of the work in progress levels. Edited a bit.

So, you know what Missense looks like. So you were probably wondering how big the game is going to be. Well. I can tell you a little of that today!

So. In Missense, you are tasked with correcting cell patterns that have gone wrong. There is an inventory at the bottom of the screen of cells that you can work with. And then in the playfield there is a cell pattern. 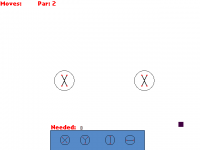 You are scored by how many moves you make. Your score is determined at the end of the stage. The end of the stage is the last level. And each cell pattern is a level. In order to progress to the next stage, you have to get a passing grade of the previous stage. If you don't have a passing grade, you'll have to do the stage again. What's a passing grade? Well. For right now, I'm gonna go with a B+ or higher. I'm not sure how I'm going to find out what that B+ is. But I'll probably just use conventional grading standards.

It's not a puzzle game without different modes is it? So I started thinking about what I'd like to do with this, and first thing I thought of was a timer. So there's going to be timed levels that you need to complete quickly or it's an automatic failure which will reflect on your final score. And there's going to be a stage dedicated to that called 'Emergency Room'. I'll try not to make it too complex. Then there was a neat game that someone else did that had you eliminate pieces of a puzzle before you could continue. I'm going to try something similar and call it, wait for it, 'Elimination Mode'.

Anyways. I got lots more work to do today but I thought I'd let you know what's going on. I'm also on the fence as to whether or not give it some sort of story or narrative. But we'll wait and see! I'll have a video up later today probably but In the meantime check out more puzzles below! 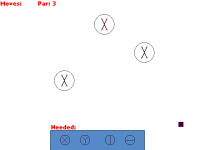 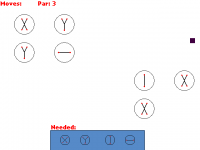 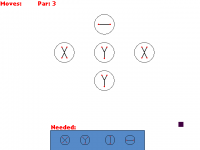 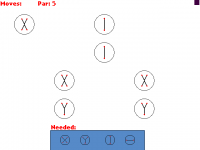 EDIT: I'll probably have the video up early next week or late tomorrow. Sorry.