A new minor update for Besiege has been released with 3 new blocks to play around with. 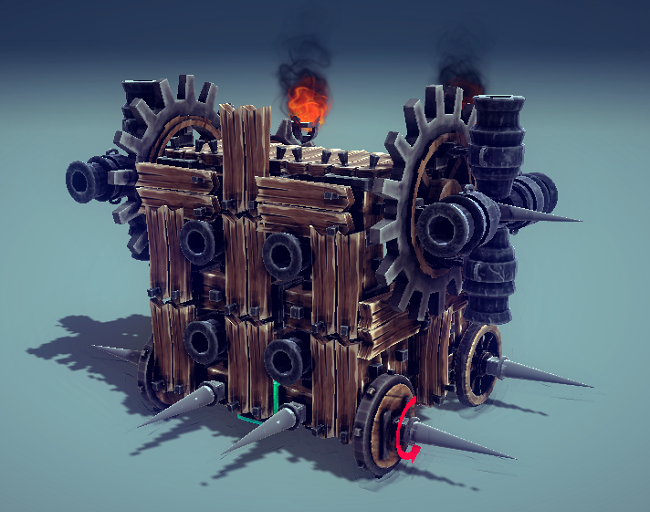 We’ve had quite a hectic past few weeks, bringing you this minor update (V0.09) as well as working on more levels and some other exciting new features for the next major update (V0.1).

We aim to release V0.1 in around 6 weeks’ time, but before that we plan to tell you a bit more about those features mentioned above, so keep your eyes open for upcoming announcements.

Something else we wanted to talk about in this post is mods for Besiege. We’ve been truly amazed at the variety and speed of mods being created by members of the community. We would like to say a big thank you to all those involved in creating content, it’s wonderful to see it bolster our growing community of players! If you haven’t done so already you can check out a full list of mods here: Forum.spiderlinggames.co.uk
But please bear in mind it may take time to update them following the release of this update!

So, enough blathering; in this minor update there are 3 new blocks as well as improvements to the UI and various bug fixes. We hope you enjoy using them to make new machines or augment existing ones!

You should also be aware that we’ve made some changes to our joint system, in preparation for future bug fixes, that may cause some more complex machines to break. For this we are very sorry and we’re working hard on the problem!