Mid of the month, and time for an update. Today we're releasing screenshots of our first properly working in-game test, yet on a conceptional level. This level includes well established AI enemies as well as a new brand-new environment concept for a Military Tech Center.

Mid of the month, and time for an update. Today we're releasing screenshots of our first properly working in-game test, yet on a conceptional level. This level includes well established AI enemies as well as a new brand-new environment concept for a Military Tech Center.

While the Mines of Gor Rugi environment has a rather run-down look and feel, the Military Tech Center Concept presents more of a sci-fi world than the mines did. We've done our best so far to create a techy and futuristc look for the base, yet keeping it from appearing too elegant and well constructed. As we imagine the tech center to be located on the mining colony planet Gor Rugi itself and it was designed as a part of the planets adminstrative, it has got elements of both: Dark and shabby sections as well as partly nice metal and light design. 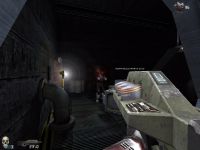 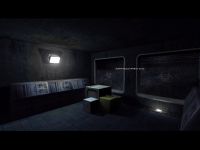 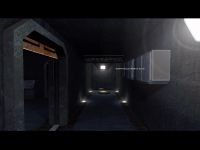 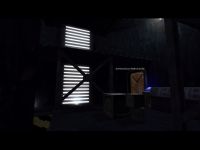 Aside from lots of texture work, today's media release also covers light and shader effects we'd like to focus your eyes on. We've put much effort into the light halos, and although the technolgy behind these may be quite simple, we're using decals for these, we're very pleased with the visual outcome. Also, you can see we're using illumination map shaders on the walls. They are well suited for giving certain rooms and building sections special attention, enhancing the level design options and also adding something for the eye at the same time.

Our own team internal review of our first single-player gameplay test had a very positive outcome. We believe we're on a good track, to sum it up: The gameflow was fluent and motivating. However, although we were already able to solve many problems during this test phase in March, and made great steps in the development of this sparetime project, especially regarding enemy AI behavior, we also took notice of many things that still require lots of work. Our coming updates will add a few deeper story elements to Xarelok. No.... we'll not be saying stay tuned or something :p