Something strange happening on the Ostrich Island, it's snowing! Additionally, Santa has lost his hat somewhere on the first island. Hurry up! You can find that hat in December only!
You may ask what is it all about? Version 1.07 of Ostrich Island game is here!
Download now!

Ostrich Island is the unique mix between an adventure (explore beautiful islands and search for collectibles) and a platformer (jump over dangerous waters, run and kick stuff), with a slight hint of role-playing game (level up and gain new abilities).
Game web site: www.medungeon.com

Indie Game Magazine: “Peaking Out Of The Sand ‘Ostrich Island’ Shows A Beautifully Crafted World To Explore” Full Article
GodIsAGeek: “...the whole game is presented in an aesthetic that is pleasing to the eye and actually makes you want to stay on the island at times, instead of escaping.” Full Article 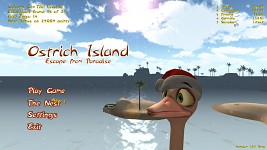 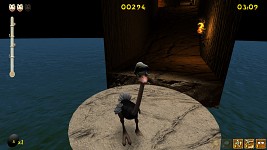