While the promo illustrations are getting done, I've been working on the upcoming demo.

I am happy to announce that the new demo is now underway, getting it to represent the new way the game will play. For this demo, as well as the finalized version, one of the things I really wanted to enhance was the UI and menus. Due to the way the old demo was setup, I was not only limited in space but in design choices as well. This time I decided to put aesthetics first and came with this antique style of menu system.

Though this is still in WIP status as there are still things I need to change, like the health bars, I think I got the vintage feel down that I'm looking for. Though perhaps maybe I over did it for the character select screen. I feel there's a bit too much going on. I might cut out some graphical articles from it. 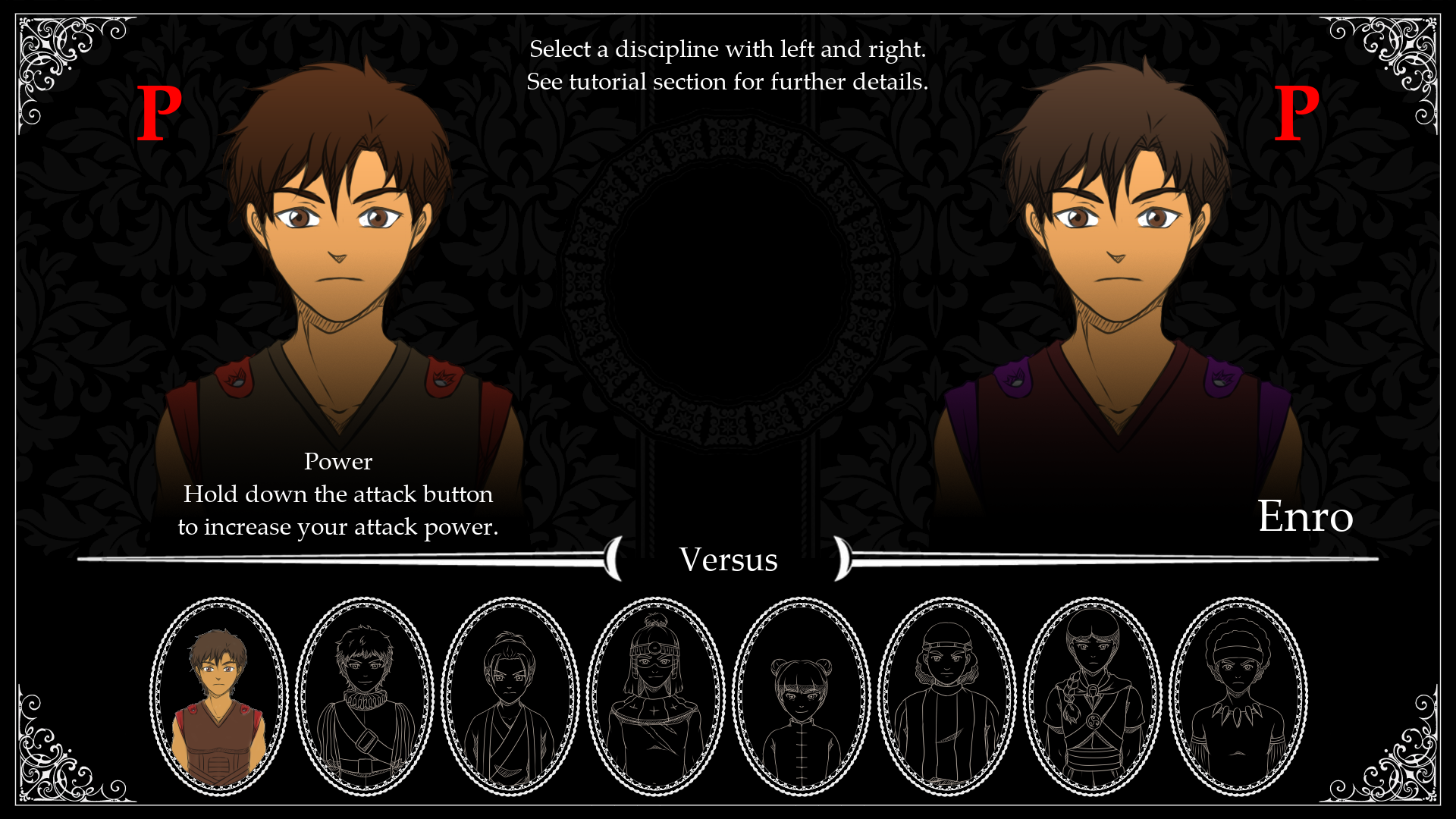 Current character select screen. Only one character is available at this point.

Aside from that, the month of April was suppose to be the start of adding the next character, Escudo, but unfortunately one of the artist got sick and needs to take time off. I am getting promotional images made and wanted to work on Escudo as soon as they are finished, which would've been by now, but this unfortunate scenario has caused the current plans to be pushed by one week. Considering the current condition the world is going through, it's for the best that the artist take it easy so I'm willing to wait for the illustrations.

But I can't just sit by and wait, so I decided to work on the AI opponent, which is what is shown on the video footage. This is version 2, starting from scratch. I need to change the AI from the beta to accommodate new rules, but the change is a necessity because the game will have an option to edit your own custom AI. 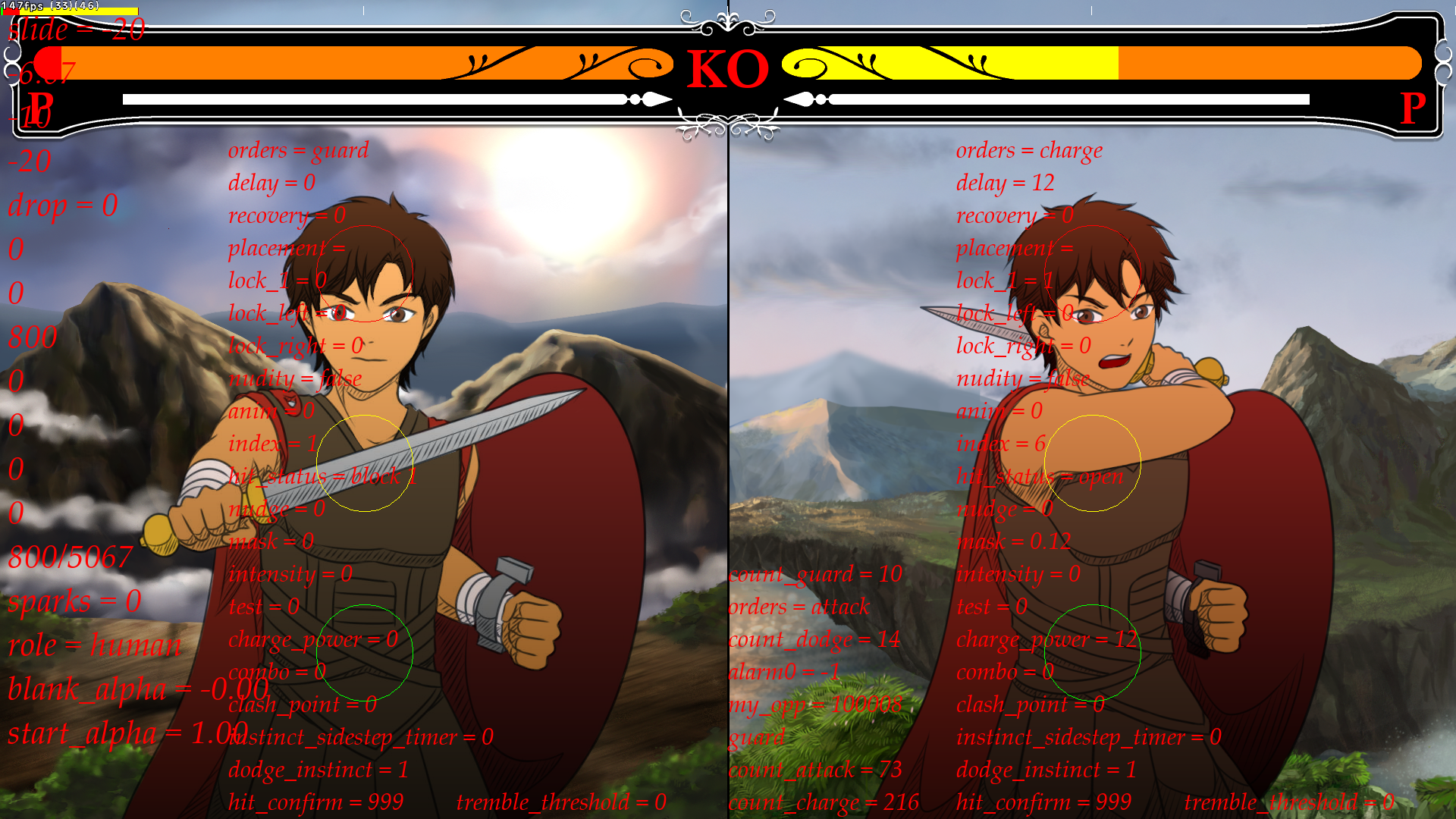 Game running with debug information. The AI information is in the mid-bottom.

Currently being used for Player 2.

Just like the custom color editor, you'll have the opportunity to reprogram any of the characters AI and save them. I figured people can use this to set up their own custom matches for practice purposes but who knows what else players can come up with. I have been astounded by the way players take something someone created and make them their own. I can't wait to see what kind of AI people come up with.

And no, the AI does not input read. I'm not that cruel.