I'm not sure if anyone here knows or not but I read the forums on a daily basis. Even though I may not always reply I'm really interested to hearing gameplay ideas and to find out what you guys want to see in the game. Just please bear with us, since as I mentioned before and I hate to use this excuse but, we are a virtual team and have no funding/backing and do this on any spare time we have. A lot of the ideas that we would like to create and add to this game we just simply can't do right away. For example I would love a full 10 hour, single player/co-op story mode experience with a great story, open island world (Oblivion, Fallout) to explore and do missions, etc.

What we plan to do is release a short, fun multiplayer experience first and if sales are good we will keep adding new game modes, classes, maps, and even a full story mode as we progress. Of course, the DLC would be free as I don't believe in charging for DLC.

A lot of the ideas I’ve been reading on this site are fantastic and I hope to implement most of them. Then, of course there are some ideas that just make you “sigh” – lol. In any case, I really appreciate everyone sharing their opinions on what we showcase and what we should add. You guys are just like our Dev team; we all want to play and create the amazingly awesome dinosaur game that no one has ever created and that we have been waiting years to play.

I'm going to try and post polls as often as I can to give you fans the option of the features we add, it may be weekly or it may be monthly. In any case, you guys are going to be able to pick what goes into this game or not. Thanks again for all your support, especially to the donors who are keeping us alive and helping us make this game - you will not be forgotten.

P.S We’ll be adding a lot of new media to the donors section tomorrow as well as information on some of our other classes to get opinions and feed back on, so check it out !

Thanks for keeping up with us and have fun gaming! Ashton Andersen[Game Designer]

Meet the Support Class: The Dilophosaurus 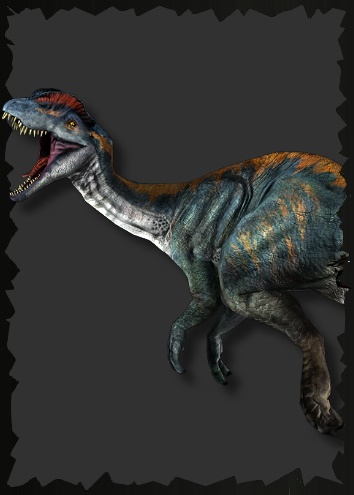 
Spit: This special attack blurs the humans vision and causes them to stumble, slowing their movement speed. Causes a small amount of periodic damage for the duration of the effect.

Bite: A simple bite that causes minimal damage to an enemy player.
...
Screech: The Dilophosauruscan screech, providing a speed/strength increase to nearby dinosaurs. 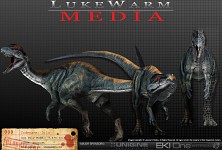 (Some in-game screenshots to come.)

Also, we would like to announce the opening of the Primal Carnage Official Merchandise Store over at Zazzle. Heaps of great products! Don't like ours? Cutomize your own, as any of our logos and artwork to any of the amazing products available. Go Cretaceous!

Example of one of the many designs to find on the Primal Carnage Official Merchandise Store: 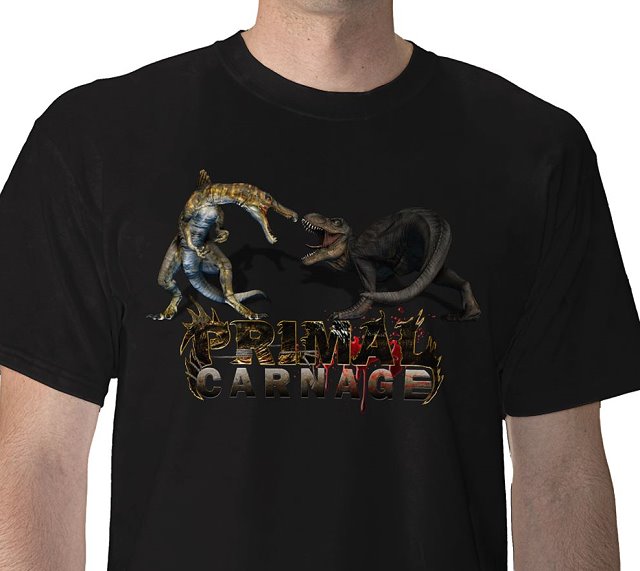 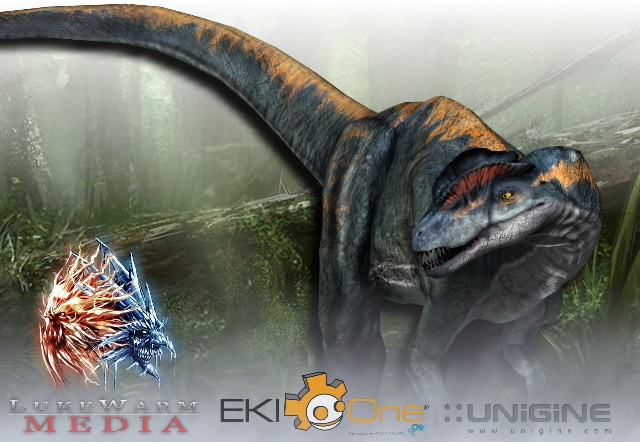 Sounds nice - although that skree-boost thing doesn't sound too realistic, lol. I think it would rather just scare the humans.

Because this game is totally realistic.

Lol, you know I didn't meant that. It is just even more different.

And I know it will be awsome nevertheless.

It should be! By that i mean a realistic representation of these ancient animals.

Well the dinosaur also didn't spit any type of venom, either. That's been admitted to be creative license from Jurassic Park. In that sense it's already not a perfectly realistic representation of the creature, and that is perfectly fine considering games need a certain degree of fantastical elements to make them fun.

Why not? It makes perfect sense. By the dinosaur screeching, the other dinosaurs around (assuming they're intelligent enough to know they're on the same 'team') would know that they've got reinforcements who are equally determined and won't run out on them, thus they'll double their efforts.

Basically the dinosaur equivalent of humans shouting "Let's go!" or whatever.

But does the Dilo choose to skree whenever he wants to? I'd rather make him skree when he gets a not fatal hit, so it would inspire others to help him out.

This t-shirt looks epic! I gotta get one of these :)

and I agree, those shirts look awesome. I want one.

I'm going to have to talk to some friends about getting some of this sweet gear. Keep it up guys!!!

Yeah, you're not the only one..

its l4d with dinosaurs?

I suppose it's the same sortof arguement that avid counter strike players used/use when a game had a desert eagle in it or an mp5 "OMG! this rips off counter strike, it has a DEAGLE".... -_-

i was comparing it favorably

also, i am talking baout how the game is not super plot centered and more gameplay centered

and how mods and updates will play a significant role

and shirts with THE most obvious dinosaurs duel ever

i hope this doesnt become jurassic: the hunted

never could find a copy of hunted. What was wrong with that game in your overall opinion? anything great about it?

actually the game was really fun, its was like playing a b movie.

It had poor voice acting

and my problem wasspecifically the lack of people, you go back in time and you know hundred of otehr people are going back in time but you only ever see four

there should have been whole communities, it was a thematic error

aswell the weapons and dinosaurs were obvious
and out of place

but time travel was a constant theme and they were showing that some dinosaurs were misplaced because of time travel
but the gamme felt fun, and it was well paced

It's also the most popular dinosaur duel and one with the most debate. So of course as developers we are going to use it to better market / target our game to the proper audiences. Also if you go to the store, it has many other design options.

You have no idea how much fun I'm going to have with this game.

Awesome! I can't wait for this game.

come on we want gameplay video

this game will truly be exceptional

Wow, I think the PR guy here has failed by biting into the sterotyical hype that is even mentioning free DLC. The majority of DLC has always been free and PC gamers simply expect that. Just because there are a few inexperienced companies charging for DLC doesn't make them the majority, it makes them the few companies with suites who are so thick headed and greedy they can't begin to see the benefits of free DLC.

How exactly did he fail? This is an indie game. Their first target was/is to make a fun multiplayer experience of a game; something we've all longed for in a loooong while.

The fact that they also want to then *free of charge* create a singleplayer campaign and stuff like that, is not something you should take for granted, pal. DLC in the form of modifications 'n such have always been free, but complete expansions have not and it's safe to say that adding an entire SP campaign to a MP game is not just something you casually do.

Context? Be grateful for what you get, don't "expect" anything, that just makes you arrogant and greedy.

Do you have any AI dinosaurs moving around in game yet.

Look at their video...

Its effects are nice I gues. Would become boring if all Dinosaurs basicly had the same skills so its an nice fresh addition to the game. Too bad it seems that at Melee its going to be bad, should be able to beat an human in melee(not sure whether there are melee ideas for humans?).

Can't wait for next preview, hopefully of the Compy. I wonder whether you guys used the Swarm ability I suggested earlier =].

God damn it! looks totally awsome gonna keep track of this game dudes, keep it up

When I read the dinosaur's name I thing that the beginning said *****. I was like, whut?

I want a t-shirt