We're back with an update featuring the new lensflare, 2 new screenshots and character concepts. Enjoy! 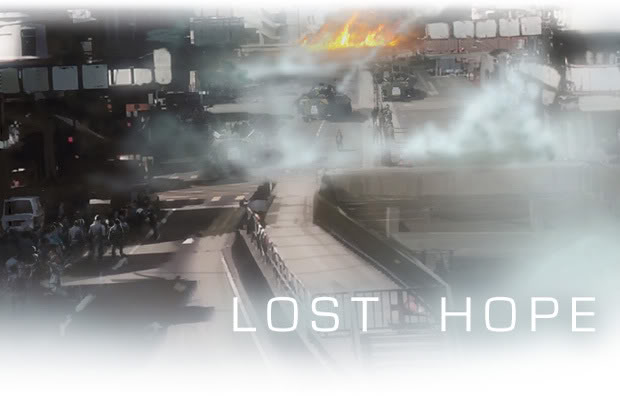 To begin with, here are some new character concepts.
The sniper on the left is a mood painting, she isn't a planned character... yet. The rebel character on the right however is planned, and will probably fight alongside you some part during the game. 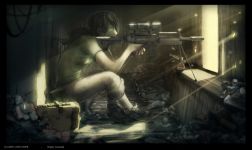 We've also got some new screenshots. No epic vista's, just some back-alleys. 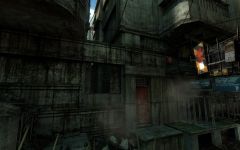 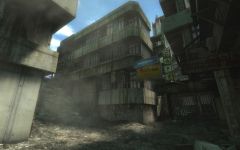 ...and ofcourse, at last, the "lens flare".
A simple effect that adds a lot of atmosphere when used correctly.
It took a relatively short time to make but works great. 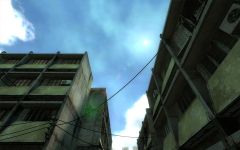 We hope you enjoyed this update and don't forget to track this mod!
Greetings,

That lens flare is awesome. All of it is. Nice work.

Can't wait to see what other visuals they have planned. :)

fantastic update guys, please read my comments and think about it ;)

Hi thats a nice looking mod you have there. Im going to track this :)
As for epics vistas you have enough right there.

concept art is incredible!!! Keep it up, looking forward to some ingame shots in the future.

Back alleys ARE epic vistas in this mod!

Yeah I agree, consistent quality has been shown. Shows a tight and focussed vision amongst the team. Thumbs up.

WOW im raelly amazed. This upcoming mod has a great concept/story.
I've been playing HL2 mods a long time but this looks great.
Can't wait to play it! Keep up the good work guys!

That story could really be used in some interesting ways, and the visuals are very impressive. Looking forward to the release, as is everyone else. ^^

This is really good stuff, I'm just amazed on what the Source engine can do.