In this feature we would like to present to you a selection of assets that we have been working hard on since our last update. These include our brand new nanowarrior soldier mesh in both high and low poly, the newly texture Kriss.45 submachine gun, a selection of brand new weapon models and finally some building and prop assets, all of which we would like to feature for you here today.

Welcome to today's news update and another look at the work in progress tactical shooter, "CryRecon". In this feature we would like to present to you a selection of assets that we have been working hard on since our last update. These include our brand new nanowarrior soldier mesh in both high and low poly, the newly texture Kriss.45 submachine gun, a selection of brand new weapon models and finally some building and prop assets, all of which we would like to feature for you here today.

WIP Weapons
Up first in today's update we would like to present a selection of new weapons now in development. These include a Heckler & Koch Mk23, the G3 SAS and finally the Beretta M9. All models, as always, have been completed by team lead modeller Mong0ose and are now destined for UV unwrap work and texturing in the very near future. 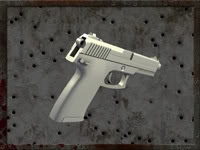 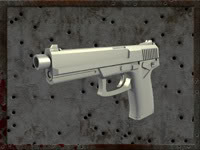 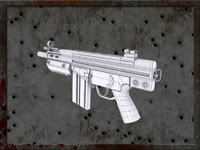 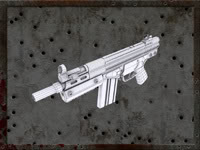 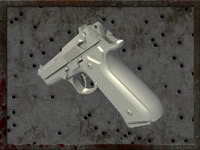 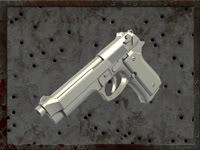 Kriss.45 Submachine Gun
After featuring this weapon in one of our previous media updates, we are very happy to be able to present you with the finished article here today. The model is created by Mong0ose and the UVW unwrap work and texture is created by one of our newest talented team members Thanez. The model is now currently being fully rigged and animated and will be feature for the final time in our next update. The two images below present the weapon being rendered in real-time both inside 3DS Max's viewport and also inside CryEngine2.

NanoWarrior Soldier
Up next we are very excited to be able to present for you a first look at our main character model for CryRecon. The lowpoly model below in the middle has been created by Mong0ose and the two highpoly renders of the Zbrush sculpt either side of it were created by team member Nerveink. This particular mesh is the rifleman main basemesh from which we will derive four variants with various kit load-outs and accessories to make up the NanoWarrior squad that the player will command. Our next step is now to re-topologize a new game ready mesh from both the highpoly Zbrush sculpt and the original lowpoly mesh and finally bake out the normals from the sculpted mesh. Our next update will be showcasing this new completed game ready model. 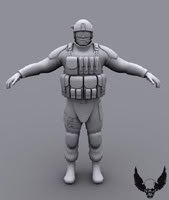 Warehouse & Dumpster
Our next two asset updates are two models which have again been featured previously here on Crymod. Both meshes were created by myself Fortran and have now been textured and UVW unwrapped by our newest talented texture artist Amor Santos. The first model is the medium warehouse model and the second a large garbage dumpster including 2 colour variants. Both images below are presented rendering inside CryEngine2.

Various Assets
Finally for today's asset update we would like to showcase three new models that have been completed and are now also in-game. These include a telegraph pole, a lamp post and finally a powerline pole. All models were created by Mong0ose and UVW unwrapped and textured by myself Fortran. These models will feature primarily in our first mission map, "Nampo Naval Base" which is currently in development.

Concept Artwork
Any good game or modification relies heavily on it's art direction to aid both the designers and also the public to envision how it will feel to play. CryRecon is no exception and we are very happy to be able to present two concept art works created by team member Nerveink which truly encapsulate both the visual feel, style and look of what we are trying to achieve with this modification. These images capture two separate street scenes which will aid the design of the Pyongyang city map which is due to take pride of place in the CryRecon mission roster.

CryRecon AI System
After considerable time now being invested in the creation of the new CryRecon enemy AI system we are now on the verge of releasing both some information and a commented gameplay video of them in action, which will be included in our next media update. Team AI LUA coder Rad15 has been hard at work creating these new AI types and has now recently been collaborating with team programmer Razor950 to get behind the C++ coding and unlock the full potential of what is available to us with the Crysis SDK. For today I would like to hand you over to Rad15 and let him give you a short run-down of what he has been working on and the system that he is currently implementing for the mod.

"Our goal for the Cryrecon AI is for them to act accordingly and react smartly in combat. The Cryrecon AI will be similar to how Killzone 2 and FEAR AI is set up. Each AI has their own characteristics, that allow for different tactics, strengths and weaknesses. So far, we have developed Flankers, Leaders, Retreaters, Rushers, and Defenders. There are still more AI characters to be developed, but these are the main ones so far. Each character is used to mirror the image of cooperating AI. Though not all of it is smoke and mirrors. An example is the Leader being able to direct his group members on what to do, from telling the flankers to flank right or left or telling the group to retreat while covering each other.

I don't want to give to much away yet, but each character has their own unique job. Alone they can be quite deadly, but mixed together with great level designer, AI placement, and AI navigation, they can be a force to be reckoned with. An example for instance, Retreaters are more of a guerilla type fighter. They will constantly fall back to cover, providing suppressive and covering fire while doing so. What this does is provides a second line of defence in case you break through the Rushers or Flankers. The Retreaters alone are quite vulnerable in most environments, but with Defenders, they can be deadly. Defenders basically hold their ground, they will shift cover positions when necessary, but you would basically have to kill them to get through. They provide great covering and suppressive fire if set up correctly.

Rushers do as their name suggests, they rush. They will move towards you while spraying your team with bullets, they can keep the pressure on you and get closer and closer. They will go for cover when necessary, like when under fire or having to reload. Flankers are sort of like Rushers, but aren't as aggressive. They move from cover to cover and try to get on your sides. They can flank right or left, moving from cover to cover from the left or right. You may not notice them at all, and they can end up right next to you. Leaders are like Defenders/Flankers. They wont be as aggressive, and they only move up when its basically safe and they also have the ability to give the other AI units commands to an extent. With all of these characters combined, they provide excellent AI battles and present a very serious challenge to the player and his squad.

I hoped you enjoyed this summary of what we are doing. And stay tuned for some exciting updates coming soon, which will also feature the in-game demonstration video of all of these AI character types."


Nampo Wallpapers
Just as another quick addition to today's news we would like to update you as to the status of this map which is currently being developed by level designer TheMegaMaster. While we have been busy creating many of the brand new assets and props which will fill this map team member and mapper Cry-McGinge has taken the time to assist it's development by beginning work on creating the myriad of AI navigation areas that are required for this map to run effectively. In the meantime while we now head for completion we would like to showcase two brand new wallpapers that show the map in it's current state. You may download them in either 1600x1200 or 1400x900 sizes. There is also a 3rd wallpaper which is included in the download link at the bottom of this news post. 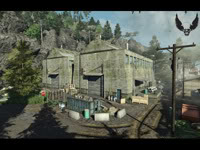 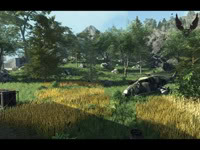 Website Redesign & Logo
Finally for today's news update we would like to let you know that we are currently about to begin a major overhaul to both our media image and also the website. The modification has come a significant distance since we originally branded ourselves and as such this image is now very much out of date with the quality of work that we are trying to attain. As such we will be completely redesigning our website and also our logo. The new logo, presented below is created by team member Nerveink and will feature extensively in both the redesign and also will appear on the NanoWarrior soldiers shoulder and arm patches. Anyway thank you for reading today's news and we hope you like the work we are currently doing. Our next media update will be running soon and will include a host of new work and exciting developments for you. 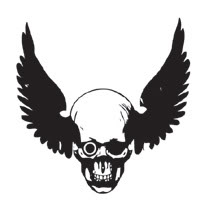 Did the artist of the concepts actually draw out the entire thing, or did he just do some photo shop(or us other photo manipulator)work on the picture? Either way really well done.

Thanks guys, the concept work is a combination of composited photographic images and hand-drawn paint work.

everything is going along awesome!!! GREAT JOB!!

Astounding level of detail on the Kriss.45! Amazing work, keep it up!

LOL no, but they will be challenging ;). Thanks for all your feedback guys we appreciate it.

No 28 round magazine for the Kriss?

I believe it's actually a 17 round extender for the standard 13 round mag, which totals 30 rounds. This option will be avaliable as part of the customization option for this weapon.

Nice to see that this great mod lives :)