A huge media-update featuring all of the new weapons being in the game.

I don't waste time so lets start with the new weapons in the Mod. First I wanna introduce you the. M16! It's fully replacing the (for me boring) Machine-gun of Doom 3. The magazine is 30 shots but the damage increased from the usual gun. There are completely new animations for the gun, especially the reload anim which is way different and took me a lot of time. But the result was worth the work... So here 2 Shots of the new M16 in first- same as third person (firing): 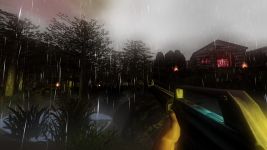 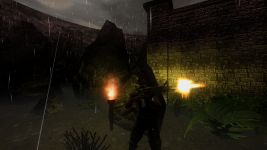 Okay then, lets get to the next new weapon, the Minigun. It's also replacing a usual Doom 3 gun, the Chaingun. I could tell some details about it but I think some screens shall gratify your curiousness: 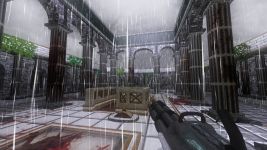 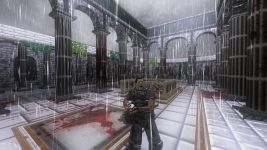 Okay, this was it. Hope you... haha, no, just kidding. We (Neurological) also managed it to implement spells into the game. The first one is: Fireballs. You'll learn how to in desert, when you also find the sword and learn health-generation. The costs of one spell is one "ammo" which basically means energy you gain from shrines. If casting the spell you will also loose 7 health-points, so be careful! 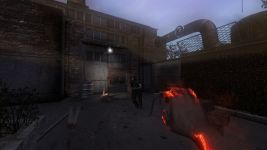 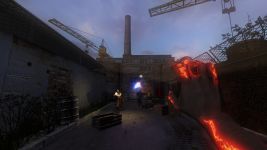 The second new spell is really powerful. It's a summon-spell with which you can call Imps to help you. It costs one "ammo" (also energy you find on the shrines) and 20 healthpoints. You can maximum summon three Imps at once to help you, but that should be enough because they're more powerful the the usual common ones of Doom 3. 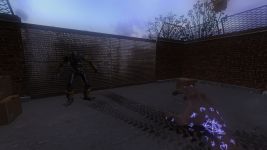 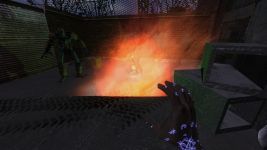 Now just a little screen of the shrine where you get the energy for the spells:

Okay, lust but not least a shot of the last level before you'll have to fight the boss. It's called they and it's basically a small village "on the rock". The people there try to hide there because on the ground is a mystical portal where enemies come from... but why is it there? You'll have to find out. Oh and before I forget you'll also find friendly Monster-NPCs like the Imp or a Revenant. Being curious? Well, the story will tell more. Because monsters and humans haven't always been opponents... 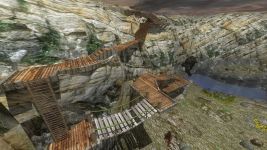 So this was it for now, hope you guys enjoy. So see ya soon!