After long wait, we're taking further steps in showing what this Portal 2 mod has in store.

Hi! I'm Stefan Heinz, also known as Tewan. I'm the lead developer for Portal: Revolution and am excited to show you all the new content we have been working on the last couple of months.

This post is a follow-up to Media Showcase #1 and since that article, we've published many other smaller updates and gameplay videos, but now we're taking a further step in showing what this mod has in store. 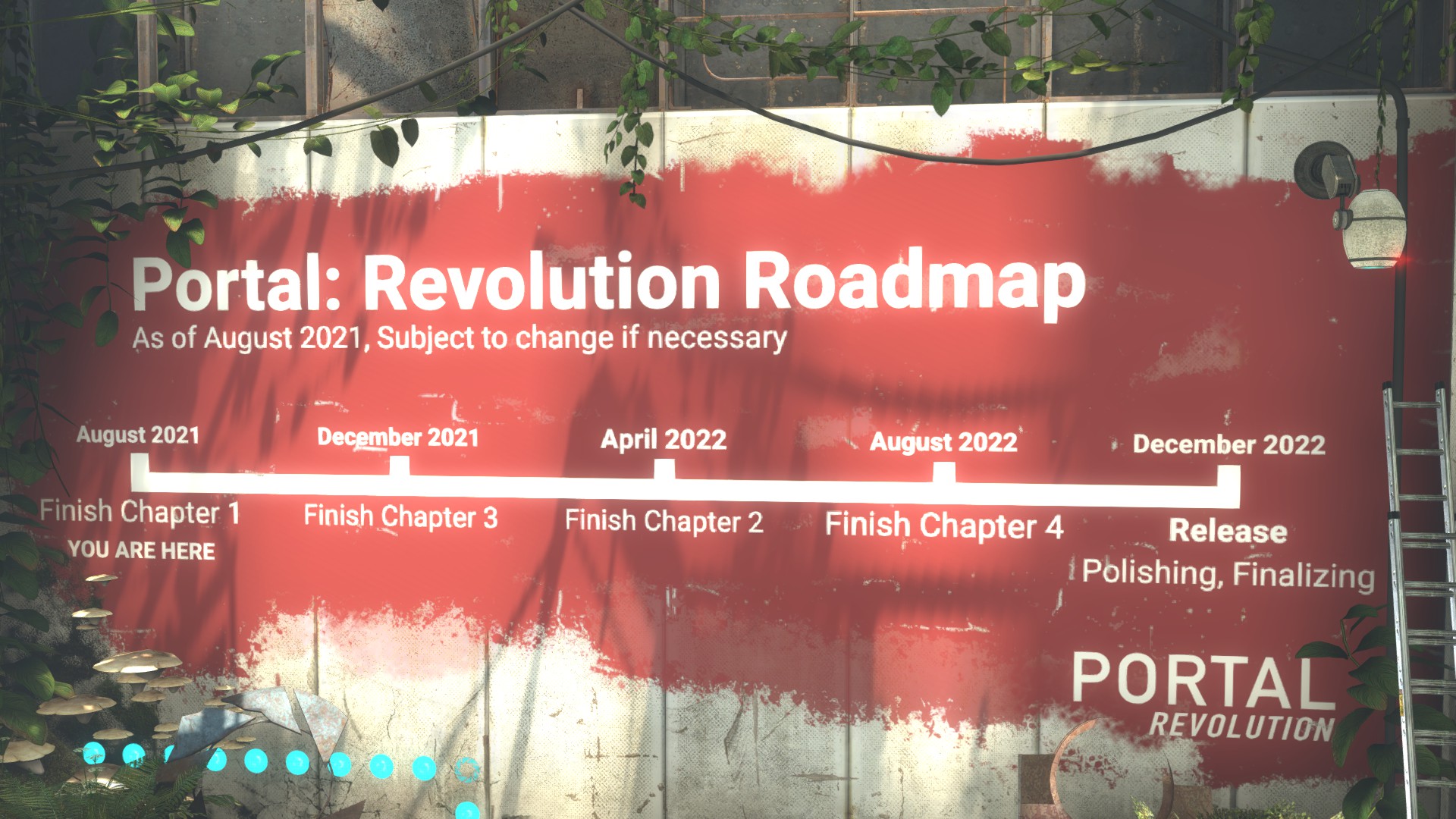 Over the years, Chapter 1 has received many overhauls and now we have found a final style! Let me show you some before/after screenshots: 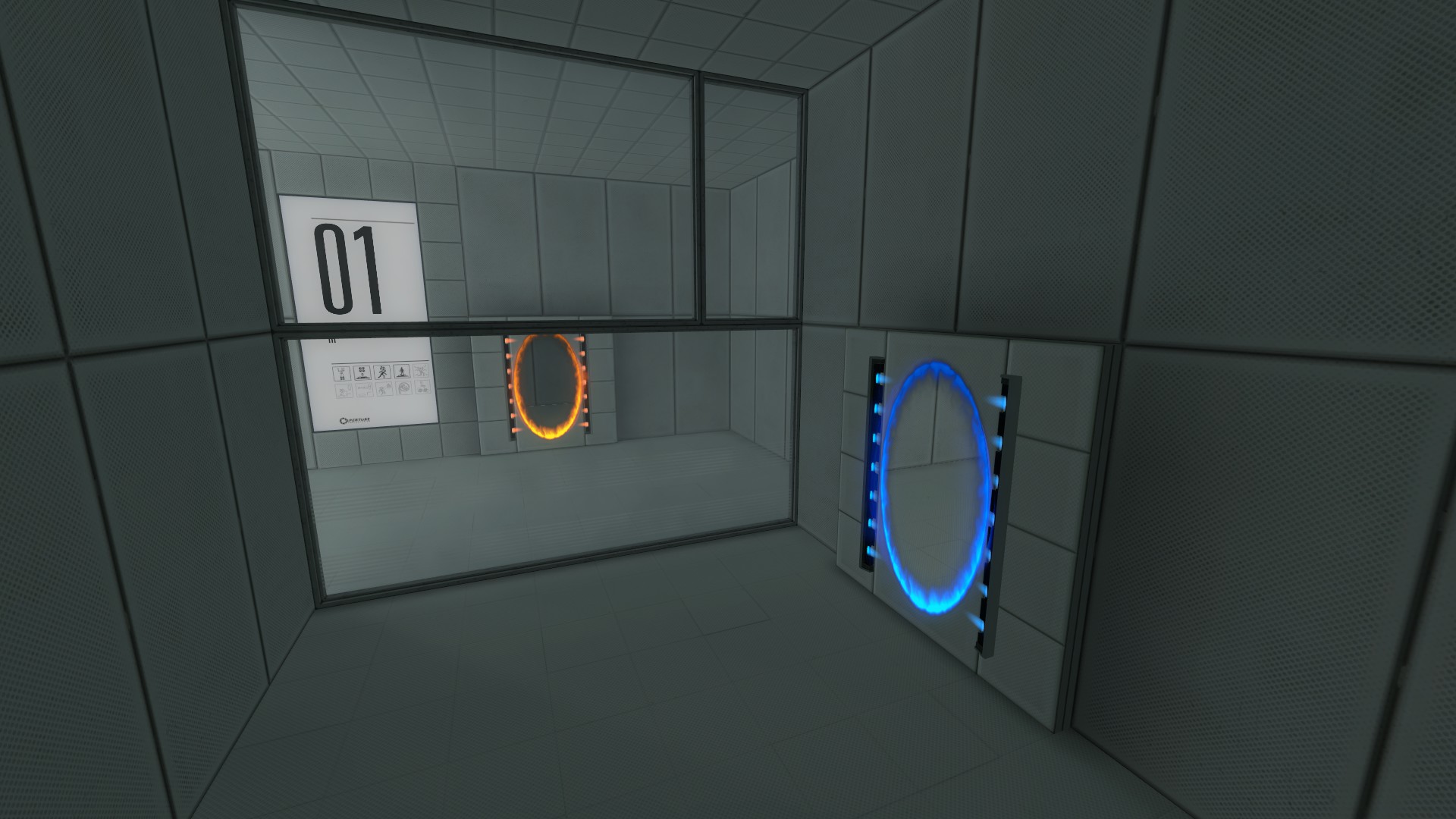 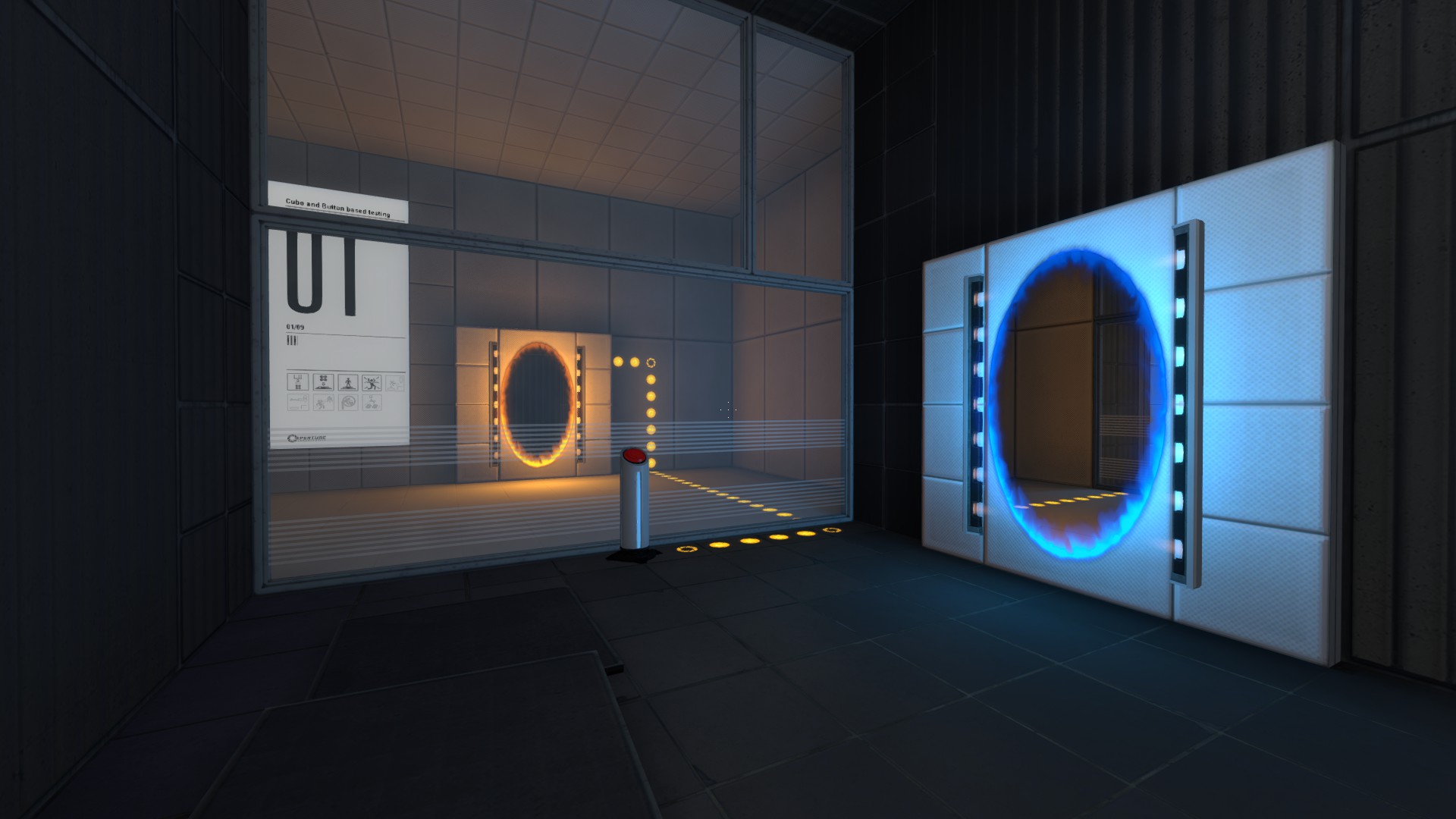 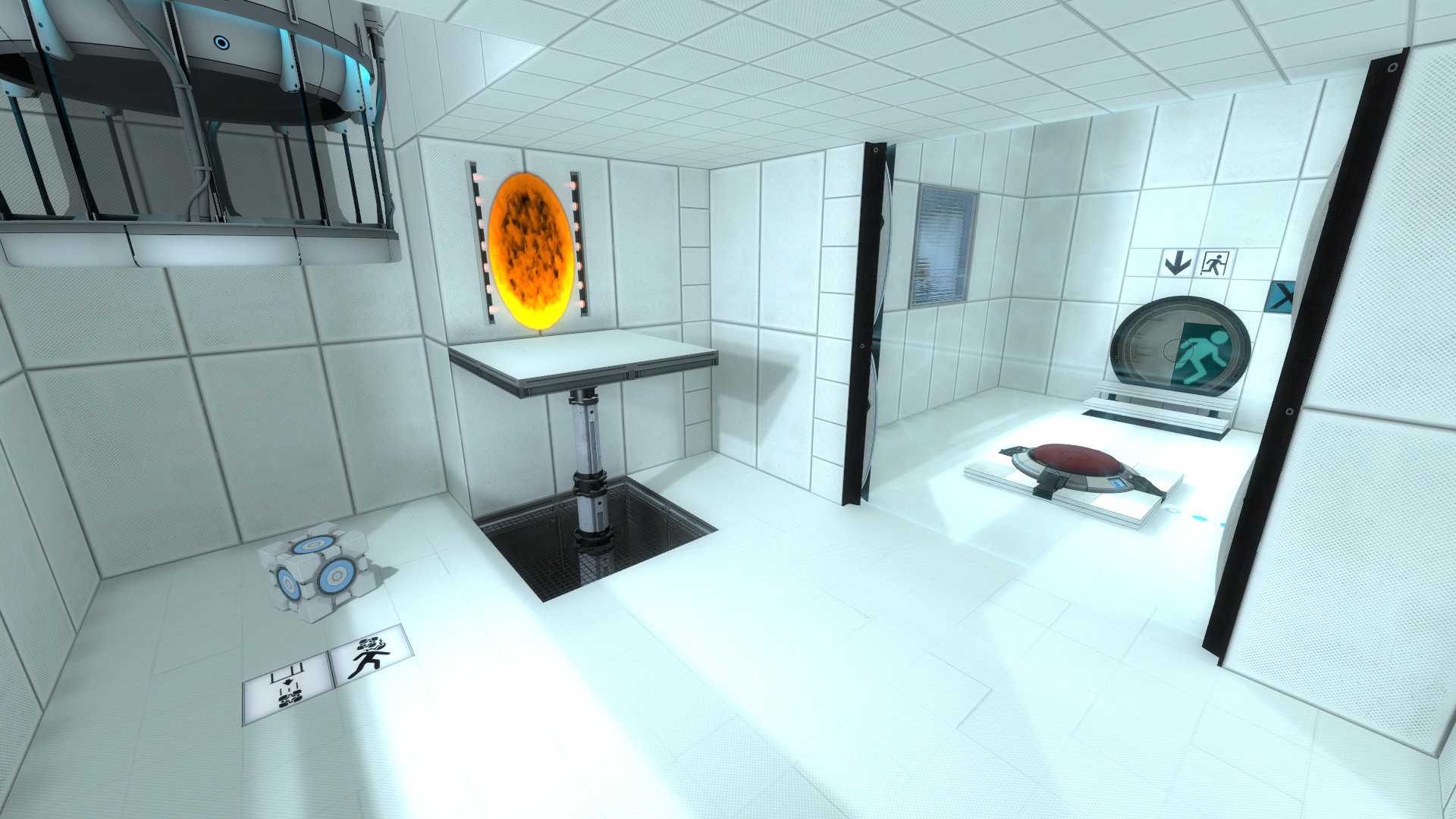 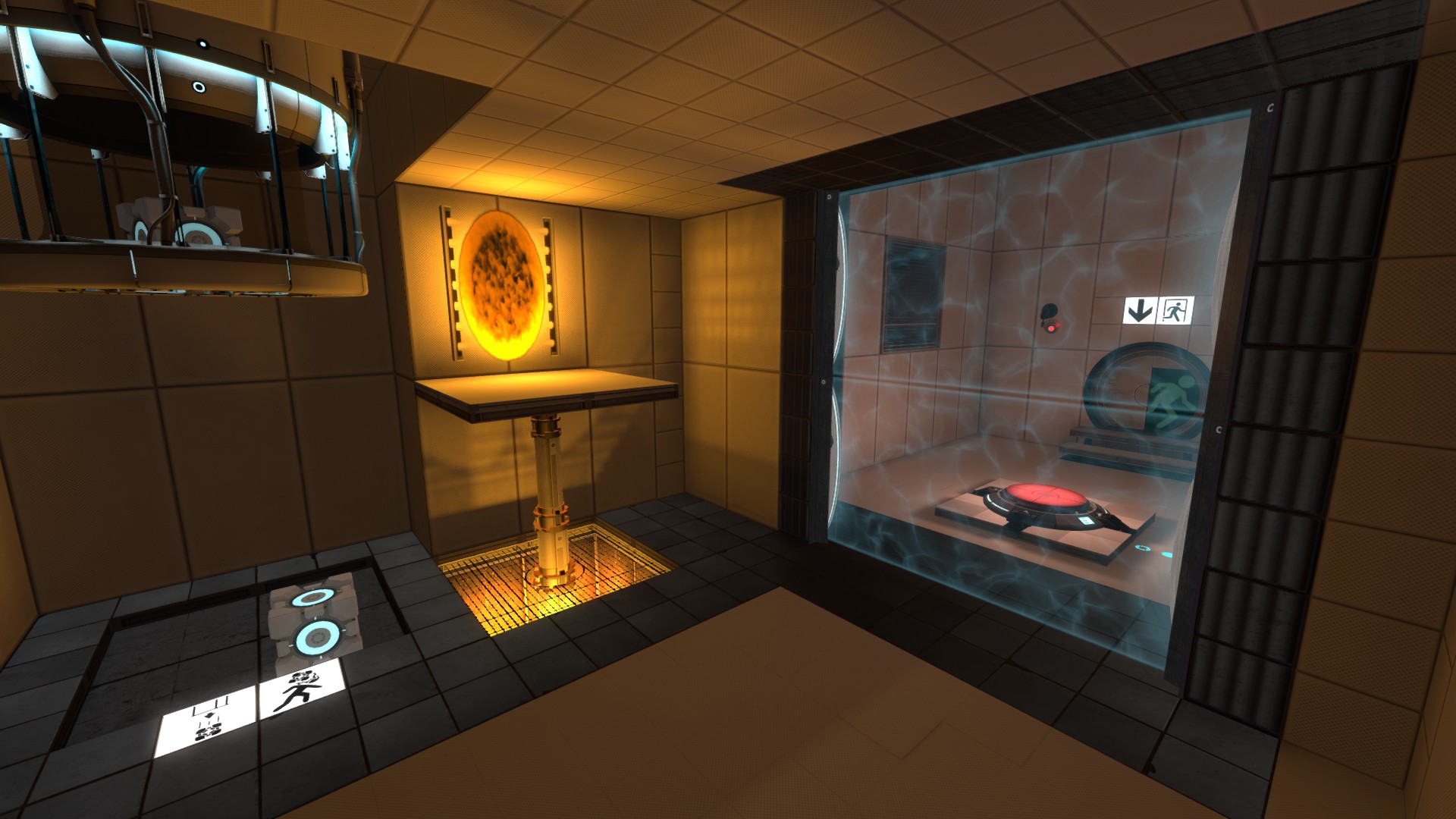 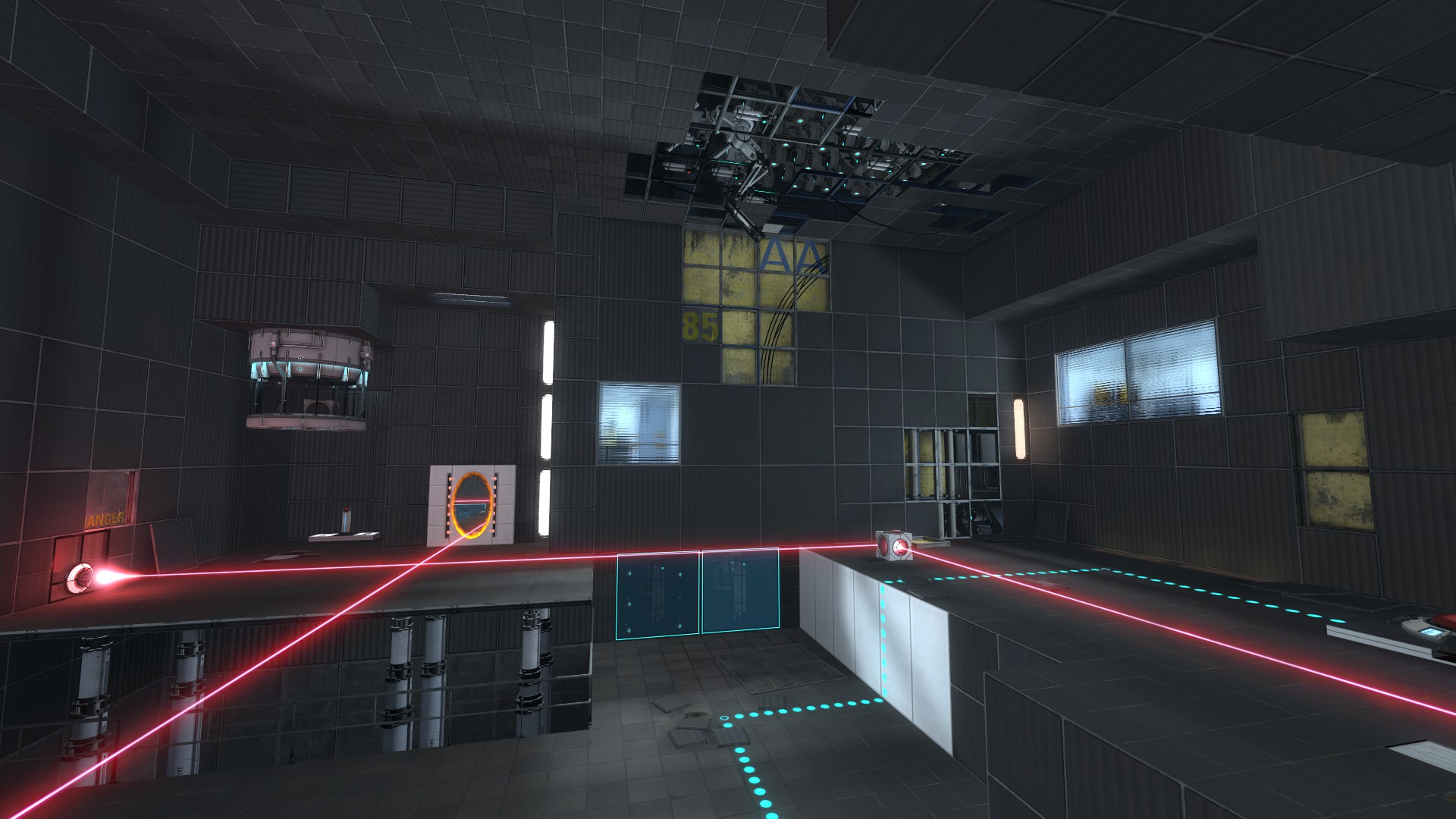 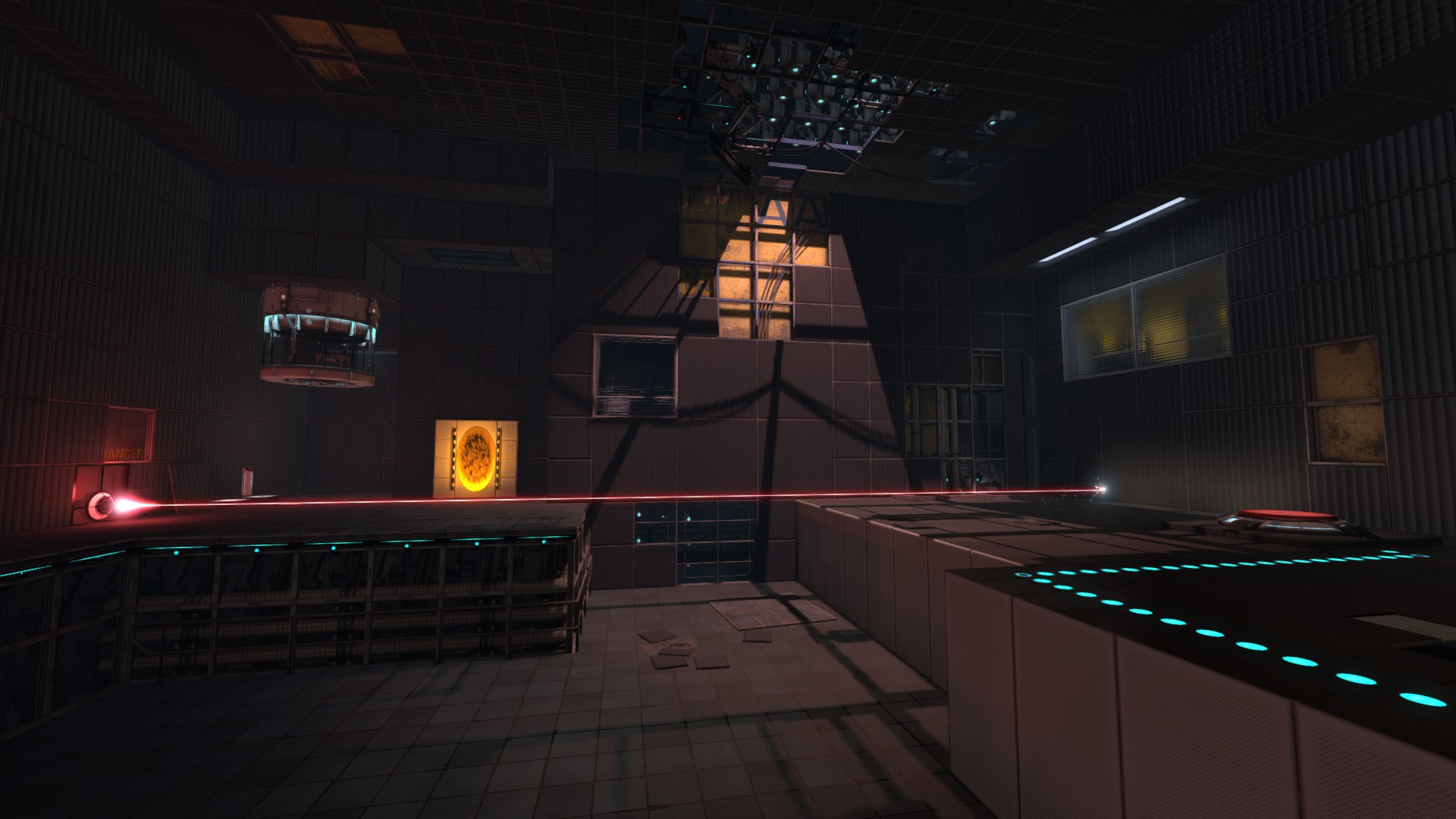 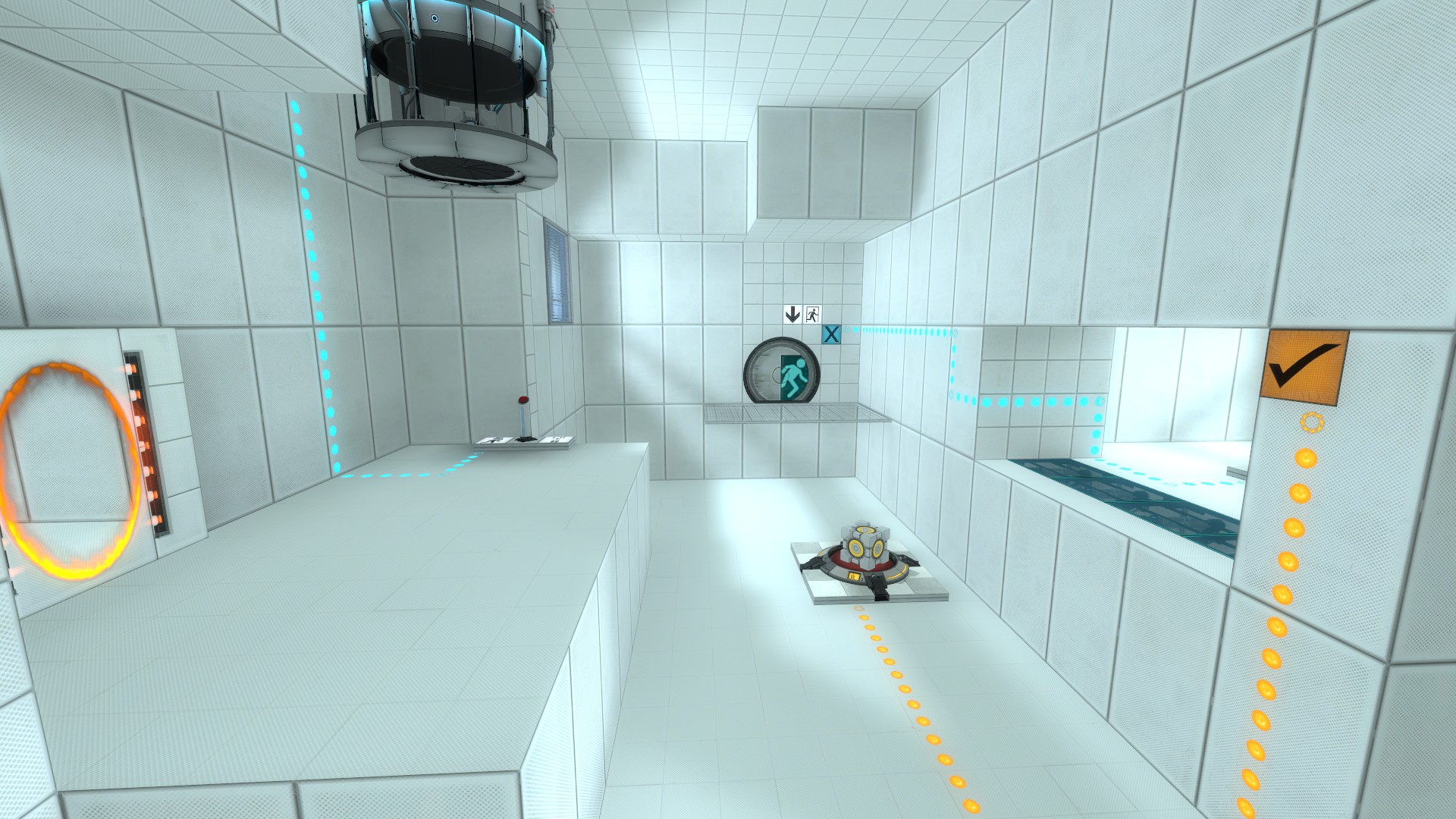 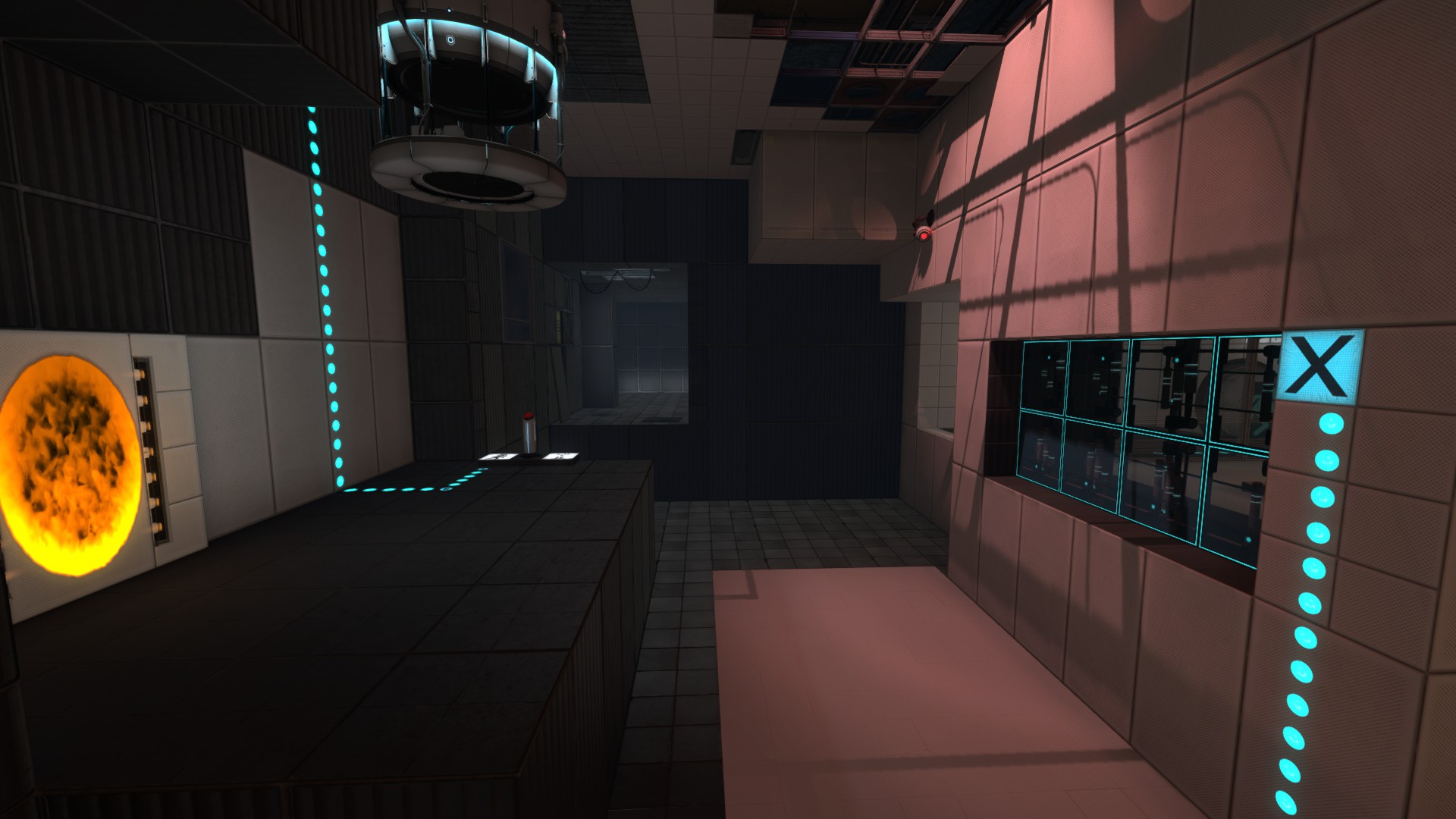 As you can see, it's a lot warmer. With the new style, we try to visually convey the state of the enrichment center much clearer than before. Everything is offline, lights are out, emergency generators are running. Just enough light to see but not any more as to go to waste. We're really excited about this style shift and hope you are too!

The most challenging bit when creating chambers in this style is that we have to balance our lights just right to look off and dark, but also to be bright enough so players can see. We'd love to hear your opinions on whether or not these maps are too dark.

We, however, didn't just adjust lights for a year. There's lots of content that we'd like to keep under wraps for now. Here are some of the maps we can show at this point: 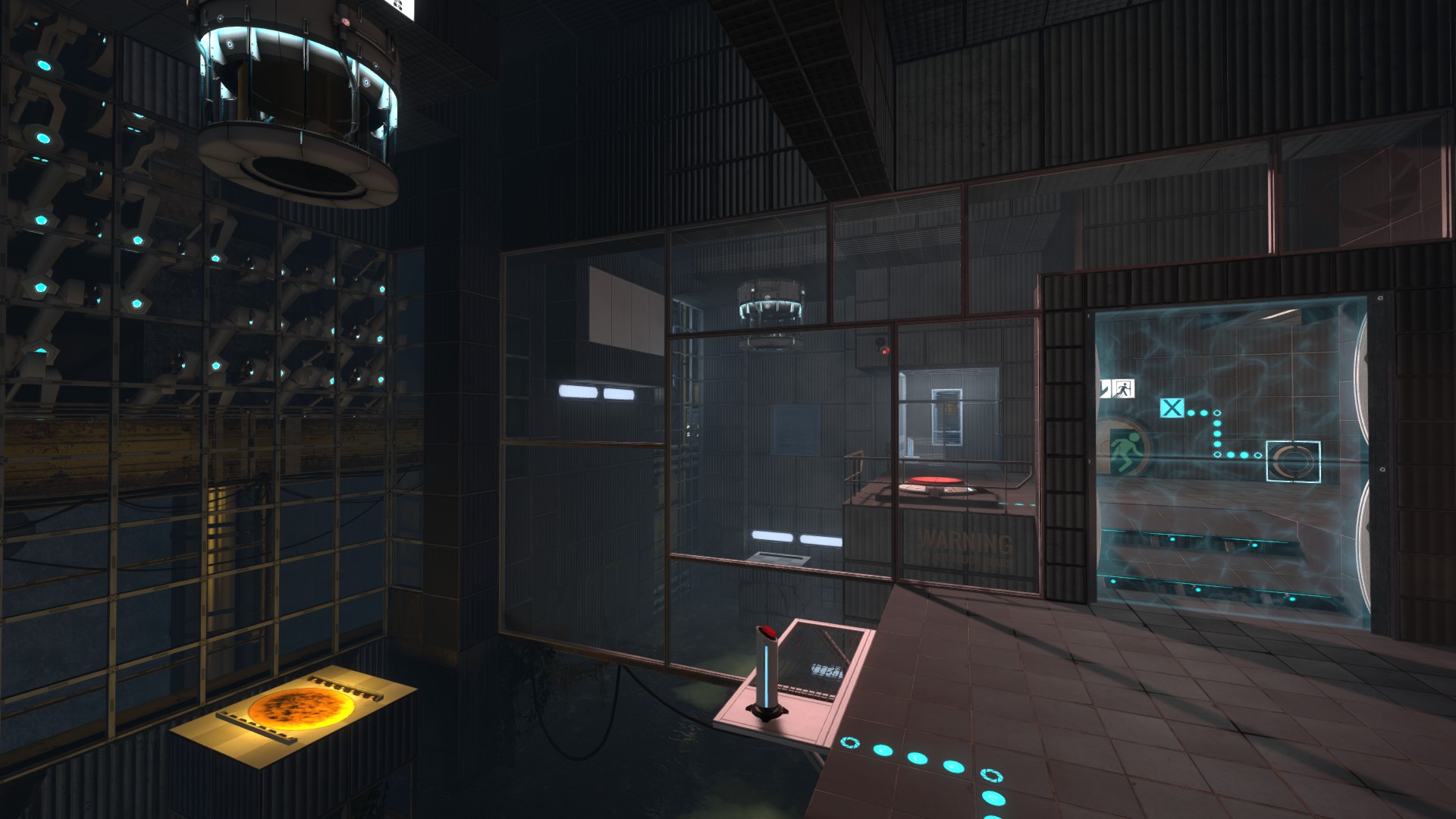 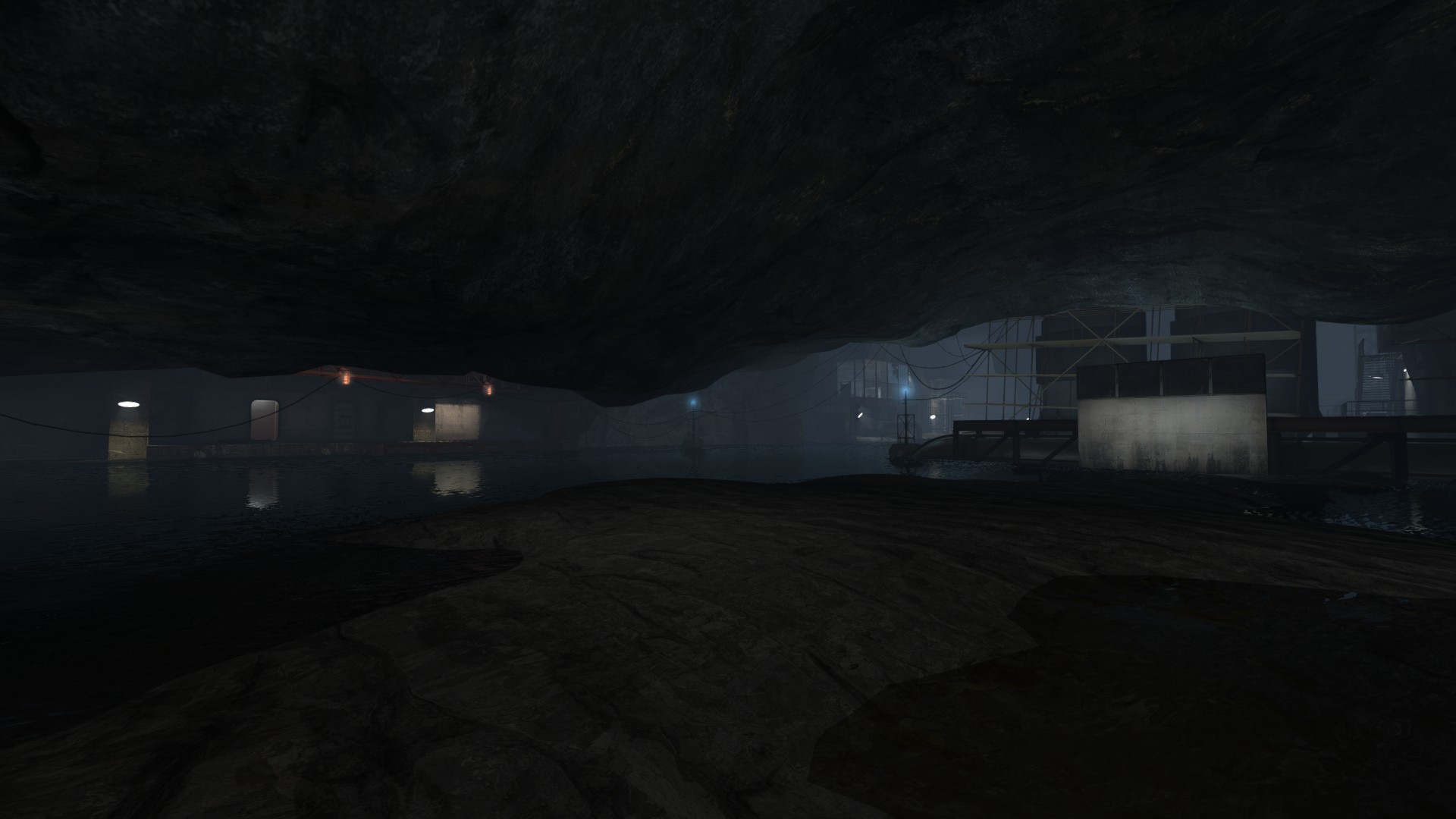 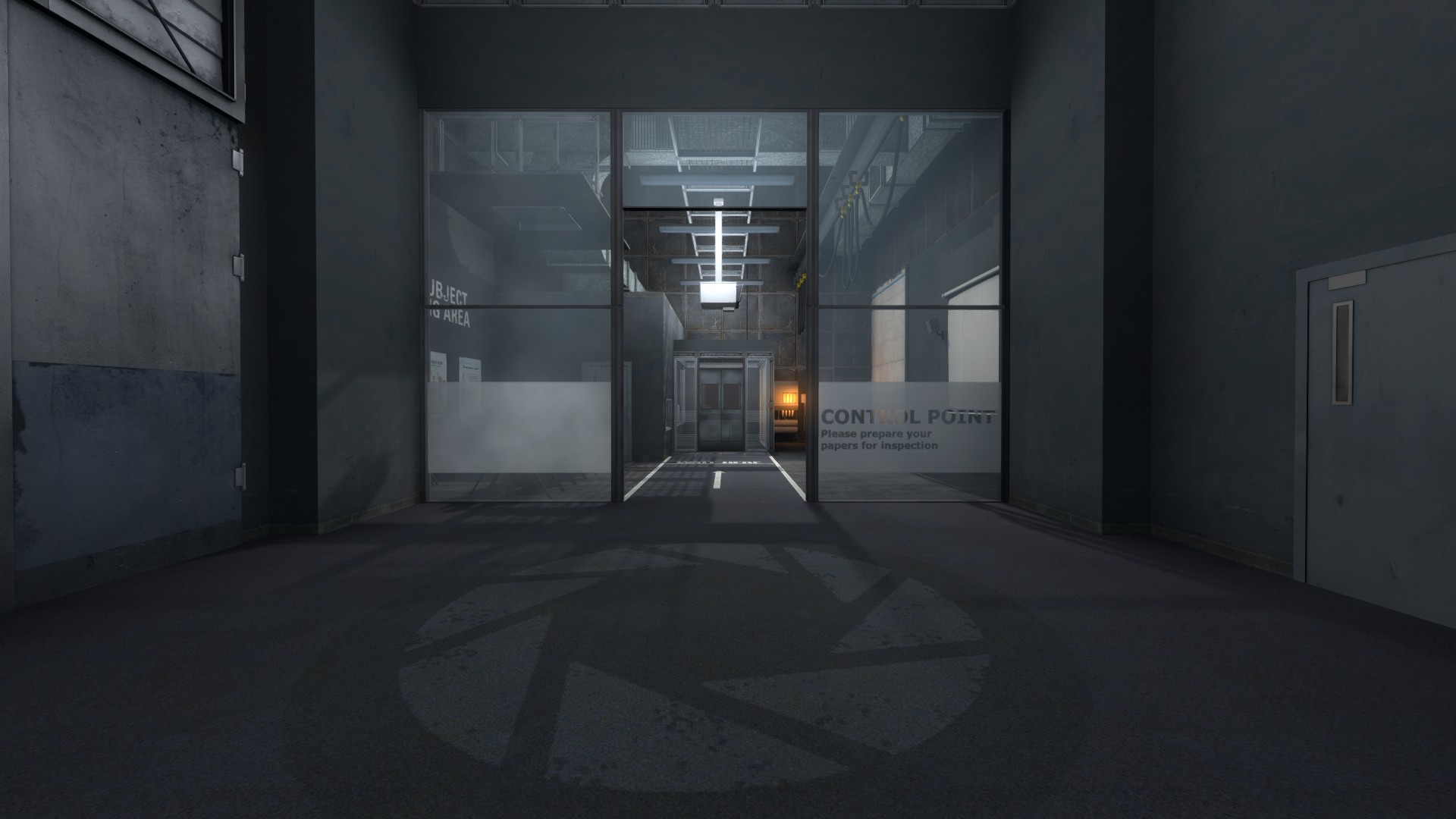 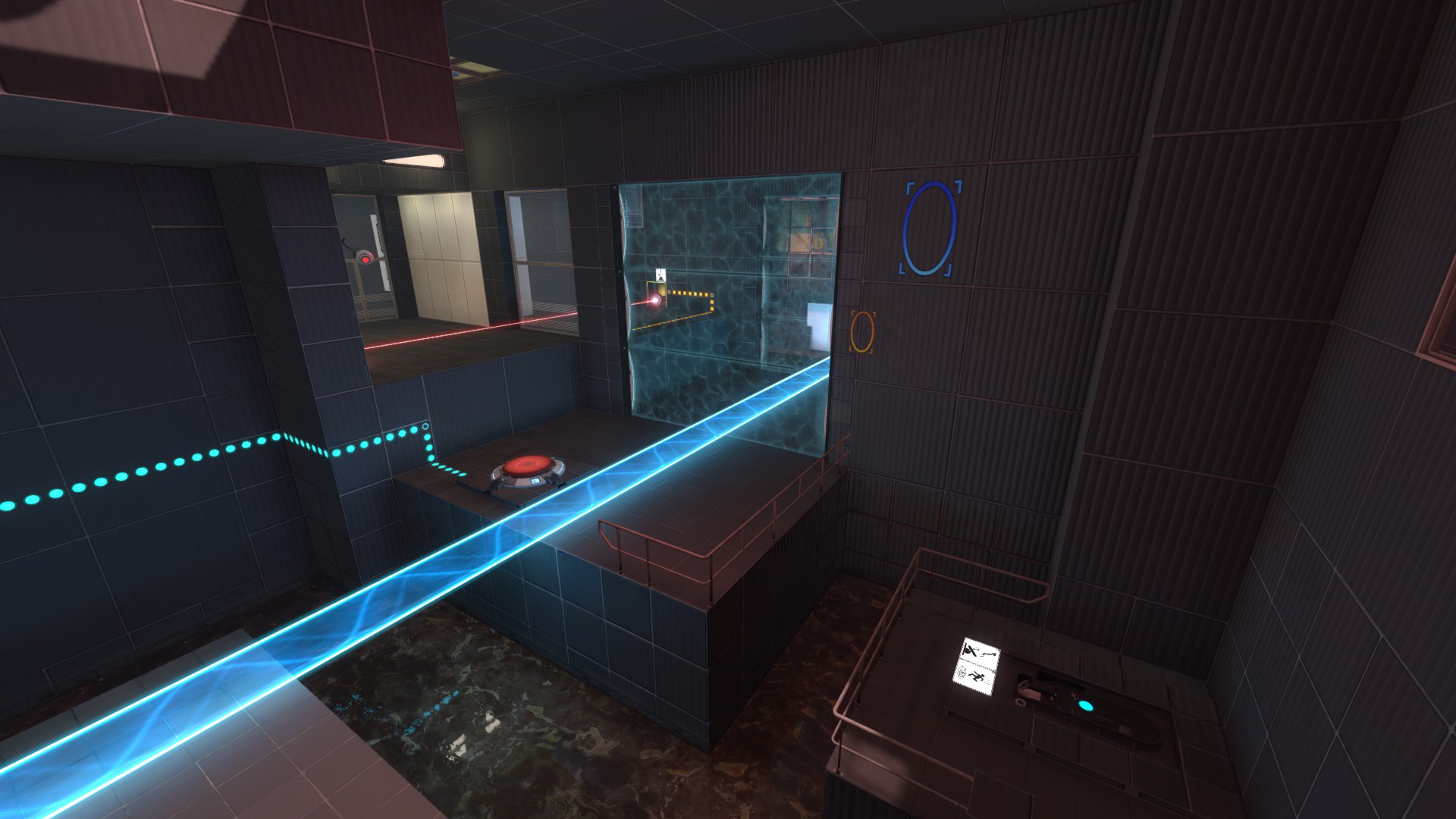 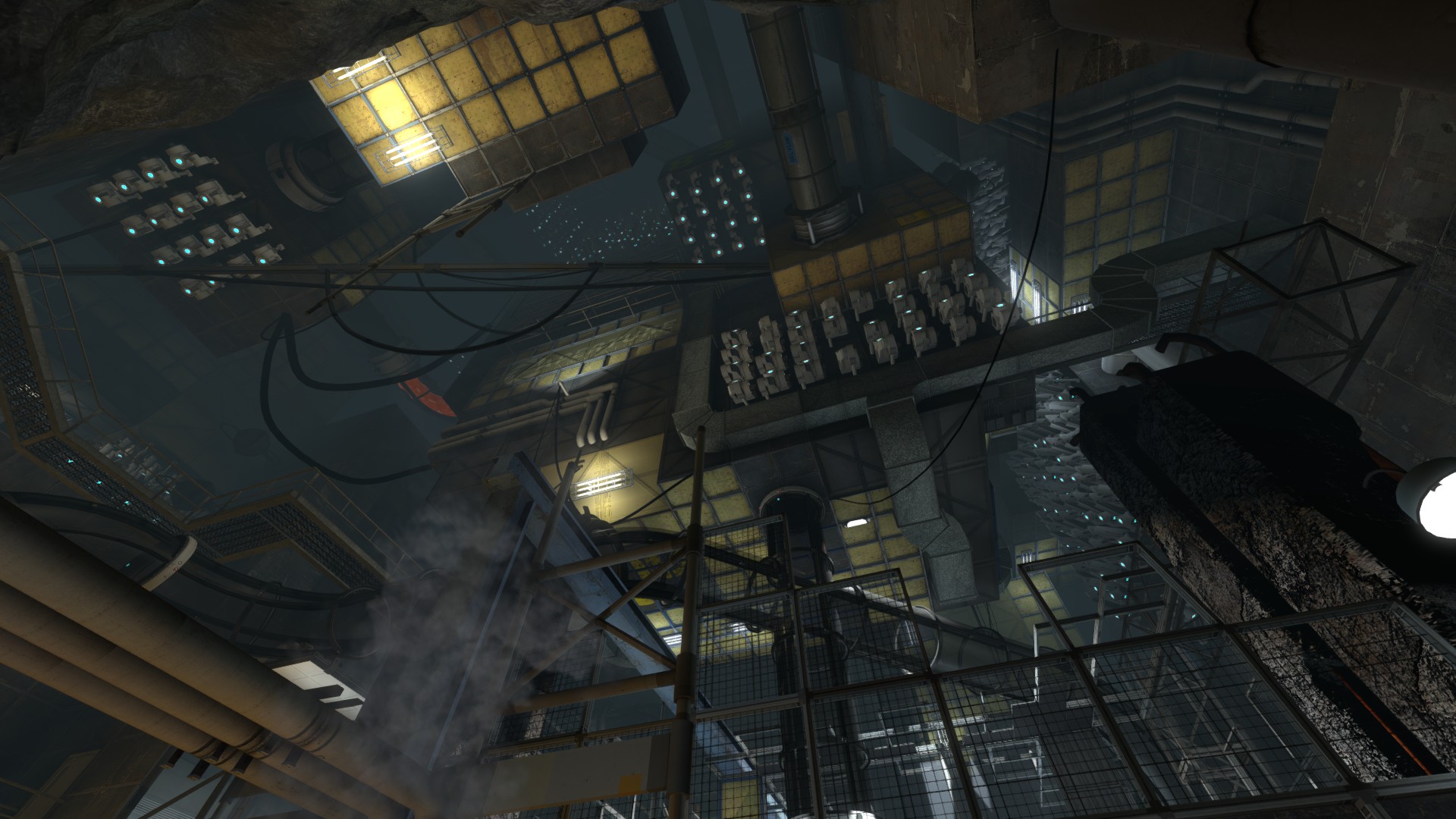 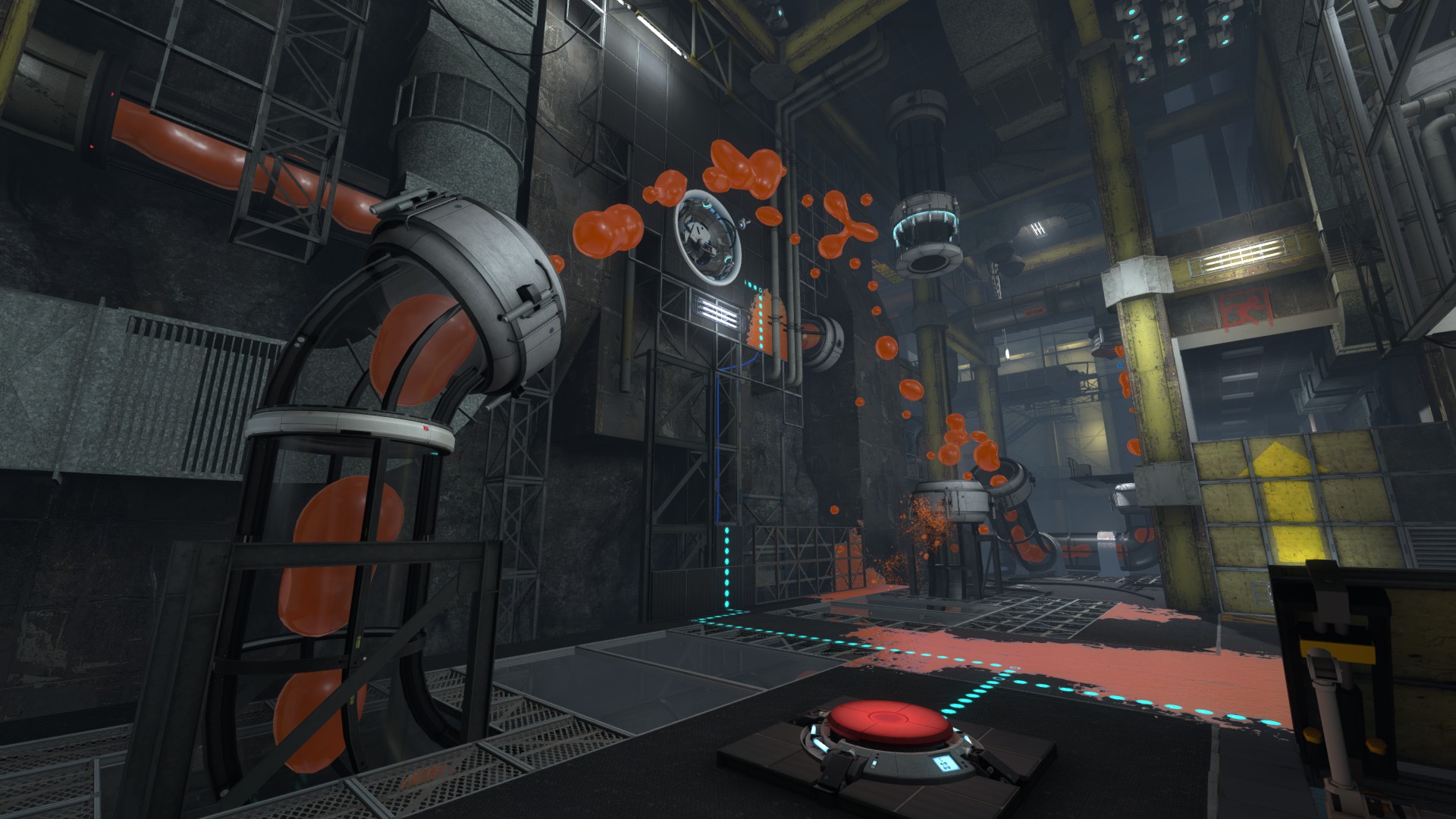 Since the last media showcase, we have drastically expanded our palette of custom models. We make some models ourselves, we do also take a bunch of contributions from the community.

In total, we have already collected over 700 custom models, over 1600 materials and created 2 new particle systems.

These are some custom models and materials that we created ourselves 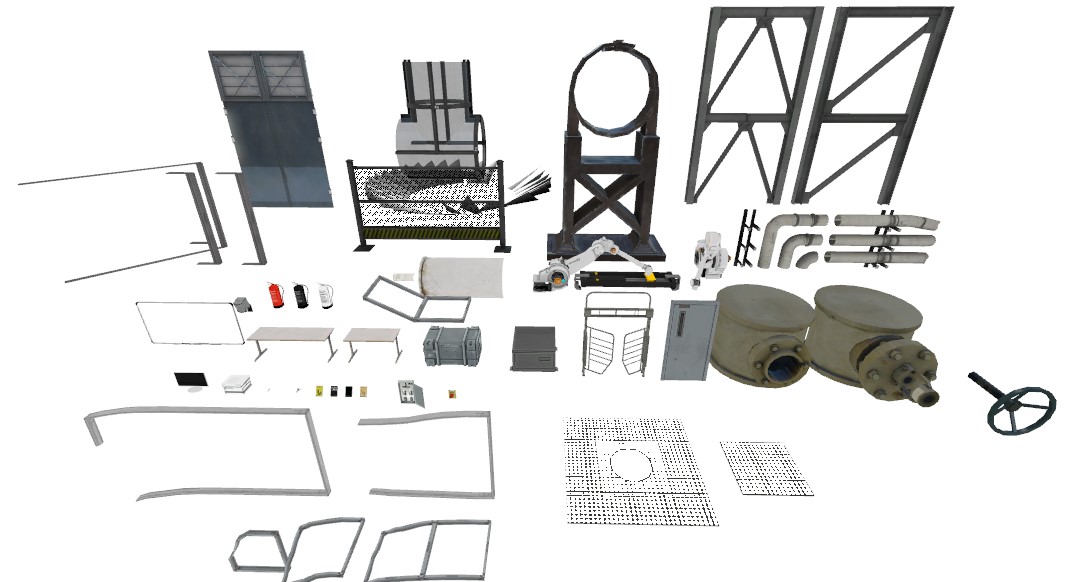 Lots of talented, awesome people have joined me to make this mod a reality. Thanks so much to everyone that contributes to this mod! I couldn't do it without you.

We have always been very secretive about the story and noticed that people's perception and expectations of this mod's story don't match the reality at all. While we won't spoil the whole mod now, we will give some clues, and say what not to expect.

Portal: Revolution plays between the events of Portal 1 and Portal 2 in the dead and dilapidating Aperture facility. GLaDOS has been overthrown, but the personality spheres of Aperture know that she is still alive. In order to secure his freedom and to never allow GLaDOS to commit such genocide again, a core, Stirling, makes it his mission to kill her once and for all. Destroying the main core is however easier said than done. For his plan, Stirling needs the assistance of a human, so he wakes a test subject from hibernation and prepares her for the mission.

Once you and Stirling finally reach your destination, you make some chilling revelations of what this device was actually built for.

In this mod, you will not fight GLaDOS, you will not create an alternate timeline by killing GLaDOS and you will hopefully not be disappointed by what we have in store.

In the summer of 2020, the developers of Portal 2: Community Edition and I received access to the source code of Portal 2 and CS:GO from Valve. This means that we are now able to reprogram every part of the game. I've since split part ways with the P2CE team, but I am still working off their engine branch (With permission, of course).

Long story short, this mod has a custom engine! Here are some of the most notable changes that we make use of:

Other Mapping improvements and custom elements

We teased it for months and are super happy to finally reveal it: The new soundtrack!

The reason why we're remaking the soundtrack is quite long, so I'll try to keep it simple.

ZRezlon (the previous composer), left the team about two years ago on good terms and since then, there's been a great void of music in the mod. She composed about 30 full tracks for the mod, but since that music was made, the style of the mod shifted drastically, which means that the music didn't fit the mod anymore.
We want to avoid mixing different music styles by having someone else continue where she left off, which is why we decided to just scrap the soundtrack and remake it from scratch.

In total, Jared has already created music for 12 maps, which include 23 individual pieces and over 50 dynamic stems.

You can listen to three of his tracks in the new gameplay videos that we released on YouTube.

We casted two new voice actors for the main characters of the mod. Hello to willmeaux and ExCap!
At the moment, we can't show you much of their performance, but stay tuned.

Roadmap and what to do next

Quite a long read, huh? Well it's almost over so bear with me for just a little bit.

We hope you can appreciate the amount of progress we're making with getting this mod out to you. There's still so much content kept under wraps and we can't wait for you all to play it. You can see on the roadmap that we set ourselves quite a tight schedule.

We aim to get this mod out by December of 2022 and while this deadline is approaching scaringly quickly, we are positive that we can hit it. The foundations are laid out, the entire story is planned, all maps and gameplay concepts are already figured out and just need to be executed.

To keep you in the loop of our progress further down the line, we are going to post announcements like this for every milestone on the roadmap. Time will tell whether or not we can make these goals.

I hope you enjoy all the new content. We can't wait to have you all play it! More info about the mod can be found in the FAQ section down below.

Thanks for reading and see you in December!
- Stefan

When will it release? We're aiming to release in December of 2022 and would only want to delay if absolutely necessary. Check the roadmap for more details.

Can I become a playtester? At this point, no. We're sorry. Once we get closer to the finish line, we will open up some playtesting positions, so stay tuned.

Can I help to translate the mod? Scripts still get rewritten all the time, so it's way too early for us to translate it into other languages. We'll make a translation call once it's time. (We don't need translators for German)

Will it be free or paid? Can't say right now. We approached Valve about this and they told us to get back to them once we're closer to release. If this mod became commercial, we'd be able to spend more time developing and polishing. We don't do this for the money, but money is always a deciding factor of how much time one can invest. We'd love to hear your opinions on this. (Price range is 5-10 EURO)

How long will this mod be? Also hard to tell at this stage. Our playtests currently count towards 2 hours for the first chapter. Given that chapter 1 is the shortest of them all, it's possible that we could reach up to 10 hours of playtime.

How well does this game perform? Portal: Revolution runs on a modified version of the CS:GO engine. The environments contain more detail and are thus more performance intensive than Portal 2's maps, but we're trying everything we can to keep FPS stable and bountiful. \
Some of our engine performance improvements like DX11/Vulkan, 64-Bit support and other fixes also reduce overhead and improve overall FPS when compared to Portal 2. Once the game is closer to release, we will provide recommendations for specs and more detailed performance comparison between Portal: Revolution and Portal 2. \
*TL;DR: You won't need a super-computer, but don't expect it to run on a potato.*

How can I help in development? If you wish to actively work on the mod and join the team, send your application in the #apply-here channel on our Discord server.

Will the soundtrack be released? Of course. You're also free to use it in videos and other media as long as credit is given.

Will the SDK be released? Yes. The tools, map sources and custom assets will be available to use in your own mods.

Can I make a mod using this engine? If you want, yes, but since this mod is 99% P2CE, you can also just use that.

Will there be a workshop? No, use P2CE.

How long has this mod been in development? Since February 2016, so a bit over 5 years.

Is this mod canon? We try to fit into Portal's universe and lore, but no. It's a fan-made mod, it's not canon.

Where can I download this mod? Once it's released, you can get it on [our Steam Page](https://store.steampowered.com/app/601360/Portal_Revolution/). Make sure to wishlist it to get reminded when it releases ;)

How much disk space does the mod use up? We're currently counting around 6-7GB, but this number will increase over time. We'll try to stay under 10GB. Keep in mind that we're shipping Portal 2 assets too.

Will there be developer commentary? Yes.

this looks amazing. very excited to see more from this!

yo is this mod still alive?