Welcome to the 8th overall weekly update presented by the team of the Crysis Total Conversion Modification MechWarrior: Living Legends. This week, we've got confirmed details about the upcoming public beta, an animated look into the new Mech hangar and more exciting playtest impressions.

Another week has passed and still the pace is high. In today's update we're bringing to you a 3D panorama view showing the interior of the Mech hangar and some more delicious playtest screenshots. If you liked the sound of this, you'll love what else we have: we've got confirmed beta content. No, it's not a release date, but it's a signal to you that release is not far out anymore. Last but not least, we've got awesome news from Crytek, too. Enjoy this update!

In our Weekly Update V, the first in May, we presented to you the new Mech hangar. Today, we've got something very special: a 3D panorama experience of the construction bay level of the hangar. Download the file below and simply follow the instructions given in the included Readme.txt file.
Mediafire.com


Yes, we're finally getting close and while we are not yet ready to announce a release date, we're able to confirm certain content that will be available in the first official relase of MechWarrior: Living Legends. While we originally expected to have two, maybe three maps for the Solaris Arena game mode, we're now happy to announce that no less than five maps will be released straight away. These five maps can be seen on the screenshots below. If you're missing your favorite map here, don't despair: these maps are the ones closest to being done, but that doesn't mean the other maps will never see the light of day.


If you've just had a deja vu, rest assured: no, we're not short on news and recycling old announcements. The team of MechWarrior: Living Legends is indeed proud to again present to you Crytek's newest employee. While it hardly comes as a surprise to see another talented developer being offered a job opportunity in the games industry, the team is still proud to see another one from its ranks take the next step. While, like last time, Crytek's newest employee has the Tracy family name, this time, it is MWLL's Co-Lead and Creative Director Daniel "Kamikaze" Tracy who went all the way from Canada to Frankfurt, Germany, to work at Crytek.

Please join the team in wishing Kamikaze a great time and career at Crytek. 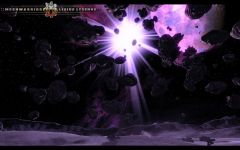 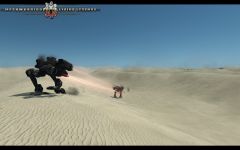 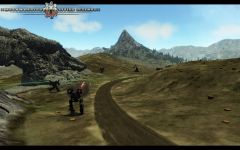 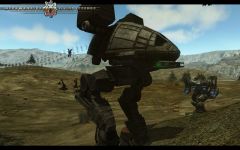 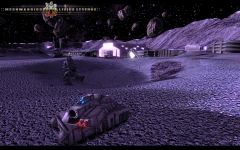 Congratulations on breaking into the industry :)

Amazing progress and i just CAN'T wait! I hope my machine can run this lol!Also congrats to getting into the gaming industry!

From one Crysis modder to another, Congrats on hitting the big time! I hope you enjoy your new job at Crytek! ;-)

The mediafire link is shoddy :S cant connect to the download server.
I wanna suggest other file hoster like filefront or rapdishare.

Just so you guys know, Kamikaze was already "in the industry". Prior to getting hired at Crytek, he'd been working at Bioware.

I've gotta say this (and it won't be popular), the mod looks like a nicer version of mech 4 imho. I'm dissapointed that the mod didn't vear from the classic Mechwarrior game graphics of highly polished vehicles in large sparse landscapes. The tabletop game gave so much more in depth detail about mechs & there development/maintenance, but we don't see inner sphere mech's that are (as one of the manuals implies) held together with duct tape & fast weld.

Everything's fancy high tech looking mechs, nothing that's war-torn from centuries of constant combat use, hobbled together, lucky to still be even working. I could understand why the old games did it, limited resources & hardware, but it doesn't look like a problem for this team.

maybe you did do this but just haven't shown any images (besides the old hanger). I hope so because playing with big pretty guns isn't as exciting as it was in MW2.

Damn sweet paranamic views, cant wait, will be reinstalling crysis just for this!!

This looks stunning... to say the least.

And best of luck to Kamikaze! :)

the post of thehappyfriar makes me thinking about damagemodells (dont know the right english word) will there be annything in this direction?
i mean things like broken armorplates and so on...

Yes, damage components will be implemented, but dismembered limbs are likely the only visual indication of damage that you will see in the beta.