Welcome to the sixth weekly and second update in May by the team of the Crysis total conversion modification MECHWARRIOR: LIVING LEGENDS.

The second week of May turned out to be even more busy and active than the previous one. We are making major progress finding and eliminating a numer of minor and major bugs, that kept appearing for a while - in no small part due to the outstanding work of our resident code guru Toth. However, the heavy focus on bug fixing and polishing limits the range of things that can be shown in this weekly update. Nevertheless, we believe you'll like today's update. We're presenting to you the four variants of Catapult and Cougar each and also three panorama shots of the Solaris Arena version of the popular ClearCut map. At the end of this update, as usual, you'll find a collection of screenshots from our weekly playtest.

The MWLL team would like to present to you an Inner Sphere heavy and a Clan light Mech. Find below the four variants of the Inner Sphere's fire support Mech Catapult and one of the Clan's most powerful lightweights, the Cougar.

The map has been around for quite a while and is widely considered to be one of if not the most beautiful among MWLL's multiplayer battlefields: Clear Cut, originally designed by Korjax. With the Solaris Arena game mode turning out to be the more popular mode in our weekly playtests, bringing together the two was a logical step. The Solaris Arena version will feature a smaller area of action and slightly different base locations. Find three panorama impressions of the map below. 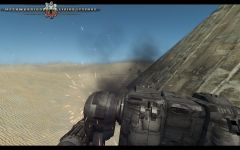 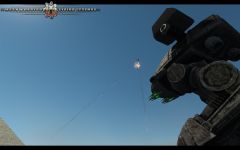 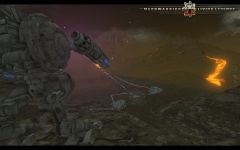 all these shots look awesome! and its nice to hear u goanna try and get rid of all those bugs before you realease it! :)

Looking sweet guys! your slowly breathing life into these mechs!!

lol I can't stop looking at these pictures - especially the mech variants and the panoramas. Awesome work - really!

this will be epic.