Welcome to the fifth weekly update by the team of the Crysis total conversion modification MECHWARRIOR: LIVING LEGENDS, released in May of 2009.

The first week of May has been a busy one that has taken the development process ahead more than one major step. Like last week's update though, this week's update will mostly tease and promise that good and big things are not far out. "Big" is an attribute that certainly suits the two Mechs presented in this update as well: the Mad Cat/Timberwolf and Mad Cat Mk II are eager to prove that the Clans were not intimidated by the Inner Sphere's display of power in the past weeks. Friends come and friends go, in this case it's definitely an improvement: a new Mech hangar is replacing the old one. Closing this update as usual is a collection of screenshots from our weekly playtest.

At this place, we've been showing you quite a bit of the Inner Sphere's war machinery lately. This week, however, it's time for the Clans to bring on some firepower. The Mad Cat aka Timberwolf and its "big brother", the Mad Cat Mark II, with their respective four variants are being shown on the screenshots below.

The Mech hangar has been one of the very first assets in MechWarrior: Living Legends and those of you who have been following our progress for some time, will probably feel a bit sad like we did when we heard it would be replaced. The disappointment, however, will certainly remain small when you look at its replacement. Our artist Andy spent quite an amount of time on modeling and texturing the fantastic new Mech hangar that you can see on the screenshot below. As this building is just too complex, too beautiful, simply too amazing to be shown by simple screenshots, we decided to simply tease you with this little "before and after" comparison below and present the complete hangar in a little video in one of the next updates.


Again, here are a few pictures from this week's playtest. 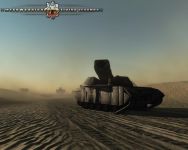 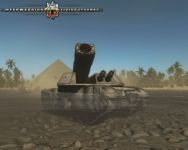 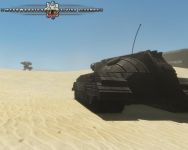 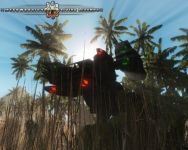 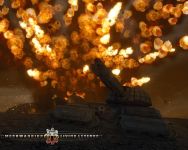 I love the playtest impressions!

:| A may update.. time flies!
But TBH I'm always a bit disappointed when I read the monthly updates, because I've always already seen the screenshots.
Anyway.. keep it up :)

Hmm, any guestimate release tome? this is looking to sickk!!

I may have to get crysis just for this mod!

Crysis Maxiumum edition was released a few days ago. In the last days I played with the thought to buy it... Now even more :)

you might want to put a mech next to those hangars :p
they look kinda low for a mech to fit into xD

If this ever releases, I'm so getting it. Love the mechs.

"Welcome to the fifth weekly update by the team of the Crysis total conversion modification MECHWARRIOR: LIVING LEGENDS, released in May of 2009."

Might you talking about Mechwarrior: Living Legends and not the update? Please say you are :P