Overview of units updated/added in the past couple of months.

This set of updates had an interesting genesis. It's important to understand that I have a strange production pipeline for any of my unit modeling work - SWBF2 unit models (only models with enveloping data - basic static models have another, more accessible pipeline) must be exported through a working version of XSI Foundation, v. 5.0-5.11. This is a narrow window of programs that work (with Pandemic's exporter) and it's obviously an obscure one since none of those programs are commercially available any more.

In any case I have never had a license for any of those programs, so like many I've had to use the 30-day trials - and I obviously have to mete out very carefully when I use those, since they are limited in their time. As it stands, to get any work done I have to do the work on my desktop computer (which is where all of my work is accessible from) and then transfer files over to my laptop to tweak and export - and any doublechecking means I have to go back-and-forth between the two. It's neither a long nor difficult process, but it is a bit irritating when trying to make tweaks to a particular model.

All this is to say that when I do make unit models, I tend to do them in "batches." This "batch" started when I was thinking through what I would need for future game modes for the mod. I knew that I wanted a set of bounty hunters. I already had Dengar and Boba Fett, and the model for IG-88 was available (it was an unused asset from SWBF1) but not yet part of the mod. I wanted an even four, and decided that in terms of recognizability I should probably go with Bossk. 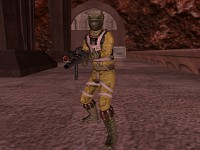 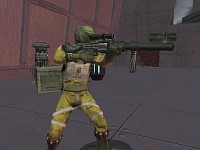 There wasn't really a good (read: easy) way to get a Bossk model without doing at the very least a kitbash (which is what most of "my" unit models are). Since I had to do that anyway, I went ahead and gave my older Mara Jade model an update (there were some issues with her face and the UVs around there): 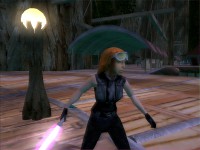 Having already invested the time in working on a Bossk model, I wasn't about to "just" use it for a minor appearance in a game mode, so I figured I'd add a couple new heroes (and requisite hero support) for each side. The other Imperial hero was an easy choice - the aforementioned IG-88 probably had to be included, based on his relative prominence to the other two (and this is why Star Wars is hilarious, since all this "prominence" for the abovementioned bounty hunters comes from a short couple of scenes in Empire Strikes Back). 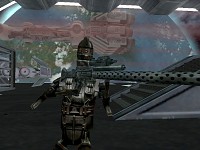 The Rebel heroes were relatively easy choices as well. Chewbacca was an obvious choice, since the model was already there and he was a main character not yet represented. The other choice - Leia - was obvious for the same reasons. However, despite the fact that she already did have a model, I've never really considered it an appropriate model for the game (it's her in her dress from Episode IV). It looks fine for the Tantive IV level, but anywhere else it just looks silly. To that end, I went ahead and made up a Leia model that uses her clothing from Return of the Jedi (sans poncho). 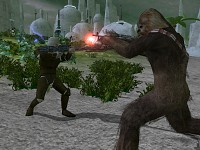 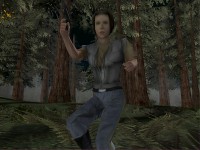 There were some interesting hero support characters added as well. The Empire got the Rad(iation) trooper as Bossk's hero support, who also bears some shades of a JKA hazard trooper (he carries the same rifle as they did). For IG-88, the Empire got the "Imperial Technician." This is an interesting hero support, if for no other reason than that the Rebels get a virtually identical hero support, simply because of its highly specialized abilities. It's completely vehicle-focused, with an ion mortar that disables vehicles, a fusion cutter to repair and hack vehicles, and a focused orbital strike which is really only useful against vehicles or stationary hard points. 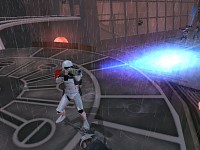 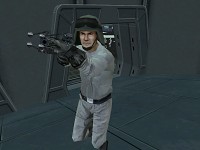 The Rebel hero support classes are likewise interesting. As mentioned above, the Rebels get their own "Technician" hero support (as Chewbacca's hero support). The only difference between the two is in their grenade loadout - the Imperial tech carries Incendiary grenades (which set units on fire and do gradual damage) while the Rebel tech carries Cryoban grenades (which arrest units' movement and actions and do only a very small amount of damage). The other Rebel hero support is Leia's hero support - the Rebel medic. This is a unique unit in that it is much more defensively-oriented than any other unit. While it does carry a powerful pistol, most of its abilities are strictly related to healing. It carries a bacta injector, which heals units at close range, and it carries "bacta detonators," which are grenades that release a "bacta mist" for a set amount of time that heals units inside the mist. 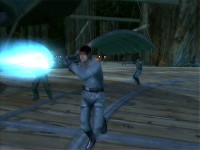 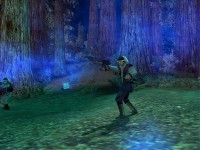 In any case, I had fun making all of these new units, and I'm sure that any of you who download and play the mod will as well.

When will these new features be available for download, or is it too early to determine?

These aren't individual "features" - they're all part of a large update/re-release of the original mod. There's no scheduled release date.