Hey everyone, it is PRU time once again. Check inside for the latest news!

Hello everyone and welcome back for another progress report update! Let's get right into the work done.

I managed to get some coding done over the last month and a week or so (the last update ran well into May and that hurt development time). I will list the changes below.

I am changing how the damage modification system (secondary damage) works. Instead of each weapon having a hard coded value I am creating an effects system where there will be effects you can choose from that will do certain things. Napalm1, for example, will apply damage over time. You will then be able to specify the percentage of the original damage to do as extra damage to be applied within the database (you can also add in the number of turns or the time that effect will last depending on the version of the game).

This is going to have a wide range of impact on the code base that I will be working on altering as time goes on. This will also delay further the release of 0.6A. I do not know when I will be releasing it now but it will likely be mid to late 2016 at this point unless I can scrape up some more time to work on the project each week.

Changes to Weapon/Module Installation on Ships

This really only applies to weapons as I had not implemented modules yet but I will be doing that along side this update. What I am doing is implementing the slot-based approach rather than hardpoints for each weapon type. This will allow you to equip any weapon into a high slot so long as the requirements for that weapon are being met. Before you had a limit based on the type of weapon; so maybe 3 lasers and 2 missile turrets, now you could go all 5 slots as lasers or maybe 1 rail gun and the rest missiles.

This is to allow more freedom when creating your ship loadout and allow for experimentation with armaments/modules. There will be three stages of slots: Low, Mid, and High.

Low slots are for fitting passive modules. Things like cargo expanders, memory/cpu enhancers, or power efficiency enhancements. Stuff of that nature. Low slots will not require power from the capacitor but they will require a certain amount of CPU power, memory, and power from the primary power system (PPS).

Mid slots will be used for fitting active non-weapon modules. These include things like afterburners, shield hardeners, repair booms, and drone control arrays. On top of requiring CPU, memory, and power from the PPS, these modules will also require energy from the secondary power system (SPS OR capacitor). Whether they drain constantly or only once when activated depends on the type of module. For example afterburners will drain the SPS while active but an asteroid scanner has no continuous power drain but does require a one-time charge from the SPS each time it is activated.

High slots are going to be used for weaponry. As mentioned, you can put any weapon type into a high slot so long as you meet the requirements for the weapon (PPS/Memory/CPU; there will no longer be a requirement based on ship classification [ie: frigate-only weapons]). Weapons will also require both a start-up SPS drain and, depending on the type of weapon, will continuously drain the SPS.

Laser weapons will not have an activation power cost however while they are charging up for the next attack they will drain from the SPS. Lasers will not have a required ammo but some may have the ability to fit crystals to increase damage output. Missile Launchers will require a start-up power drain as well as ammo in the form of missiles. The amount of power that will be drained will be multiplied by the number of missiles the launcher can fire. So a launcher that would drain 2% of the capacitor and fire five missiles will drain 10% of the capacitor when it has fired all of its missiles.

Railguns will require both a start-up power drain as well as a continuous drain between shots. This is due to how the weapons work mechanically. In between shots railguns manufacture the next round(s) to attack with. The attack will require a powering of the magnetic rails which propel the projectile at the target. Ammo will also be required in the form of ammo material blocks.

Bombs will require no energy consumption as it is not considered in the planet bombing scenario.

Heavy weapons will require no start-up drain but will have a very high power consumption rate while firing. No ammo required for these.

Other weapon types will be added in the future, such as viral weapons (computer viruses that is though biological weapons are also on the table too).

In addition to these slots there will also be main system slots. These slots will be used to install the major systems onto the ship and can be swapped out for aftermarket parts if so chosen. These include the CPU core, memory banks, primary power system, secondary power system, weapon tracking system, engines, shield generator, and warp field generator.

In addition to these you will also be able to refit different hull and armor types onto your ship. These may or may not have different appearances in the full game. I have not decided yet. Some types of hull and armor will also have special abilities like EMP protection or regeneration but will also cost more and have special requirements that regular armor/hulls do not (like power and CPU requirements for regenerative armor and hulls).

I have started adding in the new classes for these and I am working on what will need to be changed due to these additions. There is a lot of stuff that has to be recoded or rethought due to all of these changes so I may not be done with them until a few more updates have gone by.

This is all I can remember for the code work on OV proper.

In the developer's VLog I decided to do some coding on the modding tool after failing to figure out something to work on for the game. I basically spent the time fixing some issues, adding in fixed functionality, some safeguards against losing unsaved data, and started working on the query browser feature of the Database Editor.

I have two new IG's for you this update: 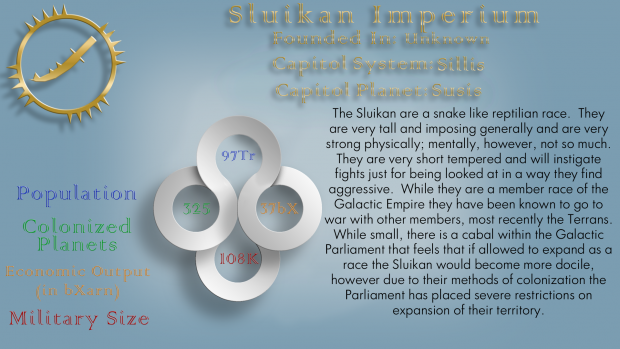 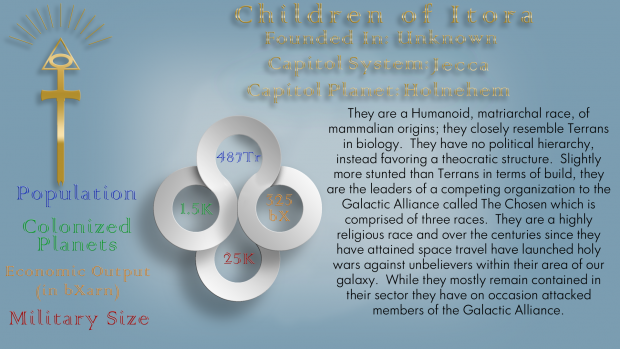 I do not have a track for you this update. I was planning on doing a percussion-only battle track but I found out that my install of Stormdrum became corrupted and I have not been able to get the installer to work in Windows 8.1 for some reason (the Wise installer keeps hanging).

Finally here is the first video of DVlog 16 for OV:

There has been a change for this. Due to how long the video was coming out as (literally 7 hours) I decided against doing everything in a single video. Instead what I am going to do is a shorter (possibly 25 to 30 minute) trailer just introducing the game, giving a bit of history, and letting you know what to expect from it. I will then do a smaller series of videos for each specific topic though some of them will be long by necessity so I may break those down into separate videos as well.

This way you can get all of the information on your own time without having to deal with a 6+ hour long video. I will have the trailer and a few of the videos done for the next update.

As you can see things are progressing, albeit slower than I would like. I have finally gotten back into the code and started working on it again. As mentioned in the open, I have no real timeline for the release of 0.6A and onward due to all of the changes and delays but I am hoping to get 0.6A done by this time next year to October. Seems like a long time and it is but I want to get as much of the game as I can into the pre-engine version so that some balancing can be done early on and speed things up a bit later on. It will also help me to weed out ideas and features that are not feasible before I integrate them into engine code and removing them requires a neurosurgeon.

As always thanks for following the project!