Post news RSS May the Fourth be with you

Please note that there are no custom maps included with this version. I have decided to make Swarm Director 2 work as well as possible with pre-existing maps without redistributing them. A list of suggested addons and where to download them is included in the addons folder and is reproduced below:

If you have another favorite custom campaign, feel free to link it in the comments on this article. 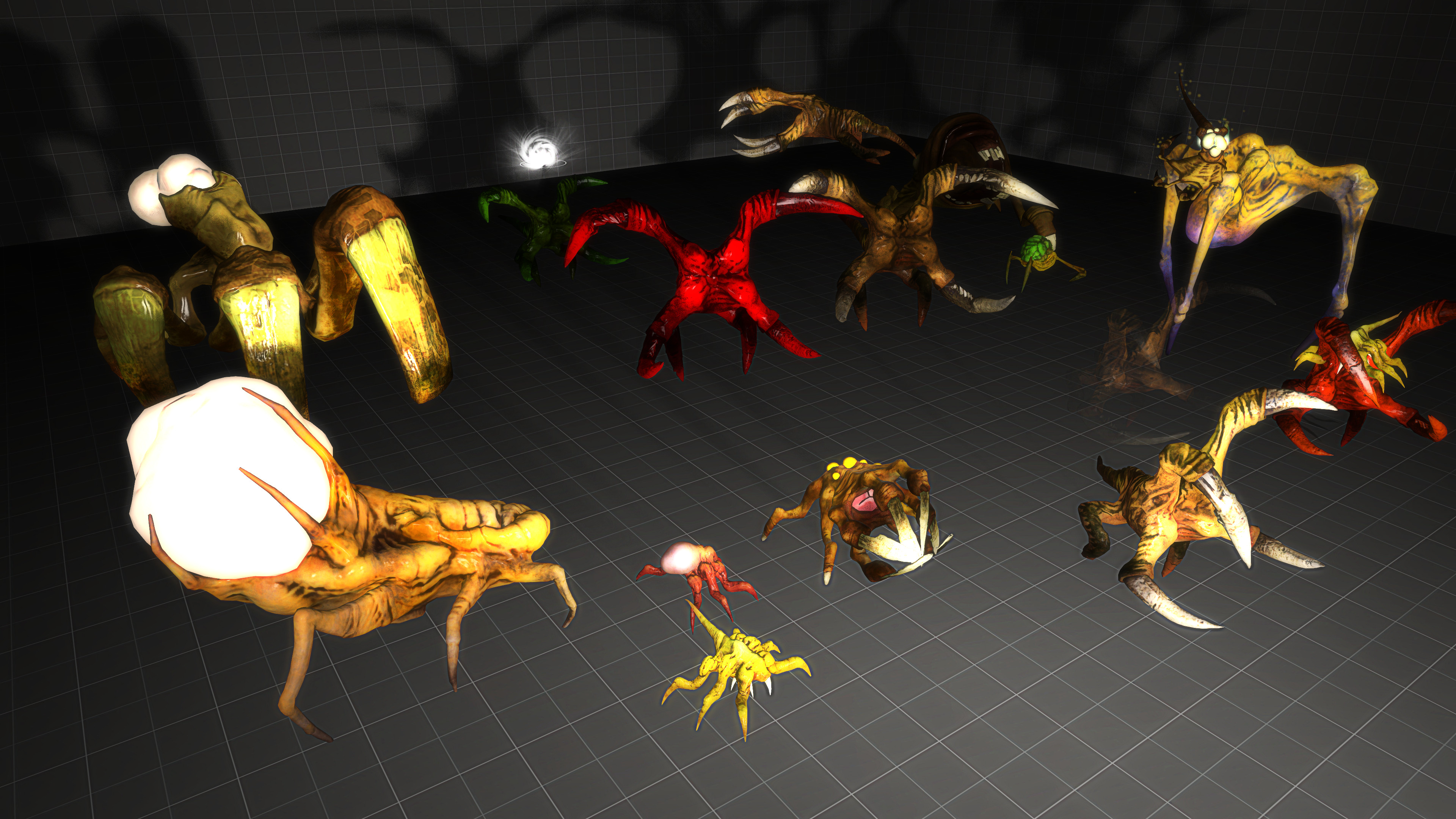 All alien types seen here can be spawned by the new director, both as members of hordes and as wanderers around the map. The frequency of hordes and wanderers depends on the difficulty settings and the number of marines, and can also be tweaked by mappers.

The frequency of each individual wanderer type can be modified for each map - for example, Sewer Junction B5 has more parasites, mortarbugs, and harvesters than Landing Bay, and the first map of Paranoia has more boomers and shieldbugs.

The director can also spawn multiple NPCs together. This is currently used to spawn 4 shamans in a pack, but it can spawn any combination of alien types and scale health, size, and speed, or even make an alien immune to fire, ice, electricity, or flinching.

The AI director uses spawn lists based on Alien Swarm: Beyond Brutal with the new drone mutations added.

The asw_controls cvar is now per-player. This means that a group of friends no longer has to agree whether they want first or third person. Each player can choose separately. The game will also store your choice for this variable between sessions. There is no need to use the firstperson or thirdperson commands - the game handles it all for you.

It also fixes several map-specific bugs, such as events on Cargo Elevator and Oasis Colony Spaceport triggering without all marines present and mission failure being triggered if a tech died when he was no longer needed on the Dead City maps.

Additionally, Tears for Tarnor, Operation Cleansweep, Royal Harvest, and Zoidberg Reactor no longer attempt to load each others' credits, and Jacob's Rest no longer requires two marines for any of its missions.

func_asw_fade and prop_asw_fade have been added. These allow mappers to build things like ceilings and bridges that the player can pass under in third person but still see in first person. They fade to a mapper-specified transparency in third person when the active marine is below a point controlled by the mapper in Hammer. Faded func_asw_fade and prop_asw_fade are ignored by traces such as targeting for arcing weapons like the grenade launcher and flares.