The first, actually scheduled, weekly blog is here! And it features a poll for the community to vote for the next feature...

Hey all! Welcome to the first community poll of Bloxia! I've got a couple of cool ideas, however, Bloxia is now in a state where I don't want to decide the new features by myself anymore. I want to get you guys involved in the development too!

You can find more about 'how to vote' below, but let me first fill you guys in on the things I've done this week.

I've spent this week on polishing small features in the game. Just did some gentle ironing of some controls, especially the roof placement. The roof placement always used to 'snap' to the highest possible position, and although this is fine in many cases, the most fun comes from placing blocks anywhere. 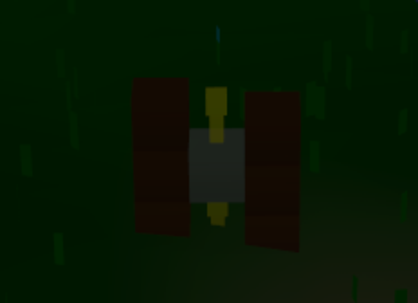 Yeah... I should've made that snapshot during daytime. Anyhow, what you can see here is that you can now place blocks on several different heights. These 'connection points' are marked by a little yellow dots, nicely joined up with a line. You can easily toggle between heights, which allows you to make more, detailed structures.

Besides little details like the one above, I've added a little black border around the GUI. It doesn't change much, but it still gives it the little touch it was missing. 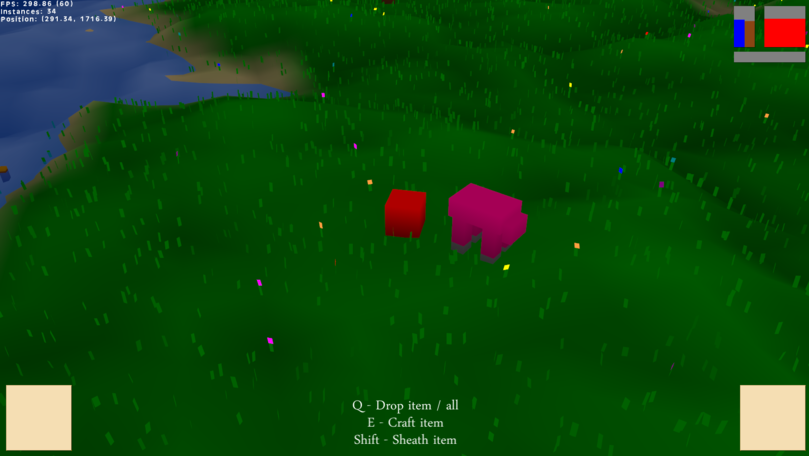 It's not very noticeable (especially since this screenshot is compressed), but when compared to the previous GUI, it does look a lot better.

What IS very noticeable however, is the pink colored "standler" in the image. I call them standlers for now, but I might change their name later. They're the first creatures with actual legs!

So, what are these so-called standlers for, then? As of right now, they don't actually serve any purpose, however, in the future, you can kill them to get meat. This provides a new food source besides apples, which is something I've wanted for a very long time. Oh, yeah, and they provide access to a new dimension or something...

Another thing I wanted to do was add some endings. The endings in Bloxia are much like the ones from The Binding Of Isaac. You complete X amount of islands, and this grants you an ending. Do this again, and you'll get another ending, etc. Although I'm currently not planning on unlocking special items, I might do something with unlocking a new dimension in the future.

Here's a (pretty ugly, to be honest) snap, of one of the current endings: 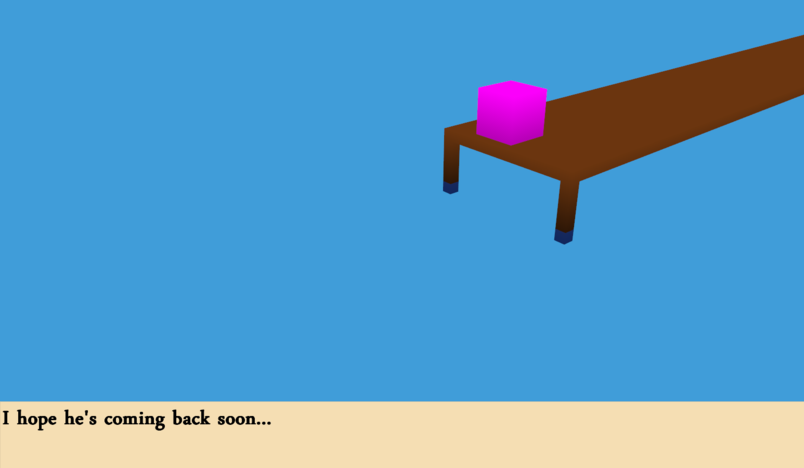 I really gotta do some work on those environments, though, as currently there is just a single flat plane of water.

Anyhow, the scripts are set up and are there to provide you with a little funny ending. This'll keep you motivated to play more of the game, because you want to see the next ending, and see what it unlocks.

Alright, now, onto that voting I mentioned in the beginning of this blog post.

To vote, go to: Strawpoll.me

At the end of next week, I'll catch all results and add the feature that's been voted for most.

I am aware that there won't be many votes at first, especially with the very small amount of people currently interested in the game. It does however, give me a great opportunity to test out this system. Now I can see if this poll actually stays available for an entire week, etc.

So, make sure to vote as soon as you can, considering that strawpoll might delete the poll (I'm not sure, yet).

Hoping to hear from you guys soon, and see y'all again next Monday!