Here's another summary of our last month of weekly updates! Links to full articles provided. To keep up to date, follow us on Twitter, Facebook, or check out our community forums. 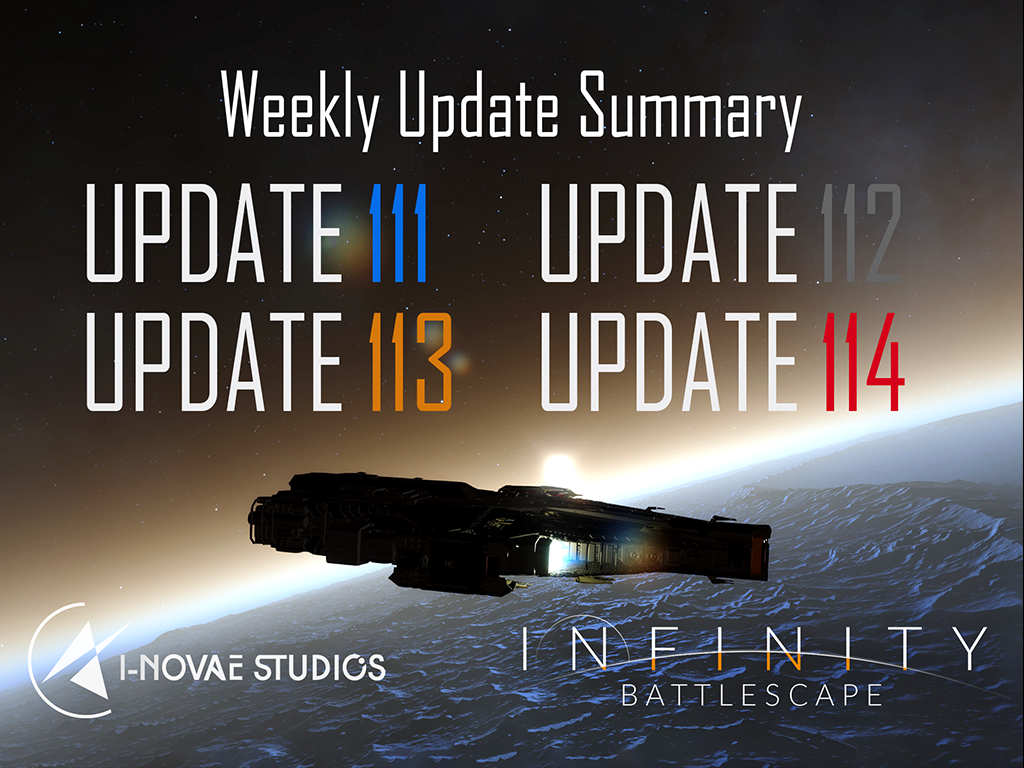 Here's another summary of our last month of weekly updates! Links to full articles provided. To keep up to date, follow us on Twitter, Facebook, or check out our community forums.

Update 111 : Originally posted May 22
Greetings everybody, this is Flavien, taking over Keith for this week’s update. With a little less than a month left before alpha is out, we are working hard on the gameplay loop(s) and adding objectives such as destructible stations to the game. Last week, patch 0.2.8.1 introduced free-aiming turrets on capital ships. This part of the code was a dependency to make static stations and bases defenses fully functional. The art team is working on new station modules and sockets so that we can place defense turrets around locations... Read the Rest of Weekly Update 111 here on our forums 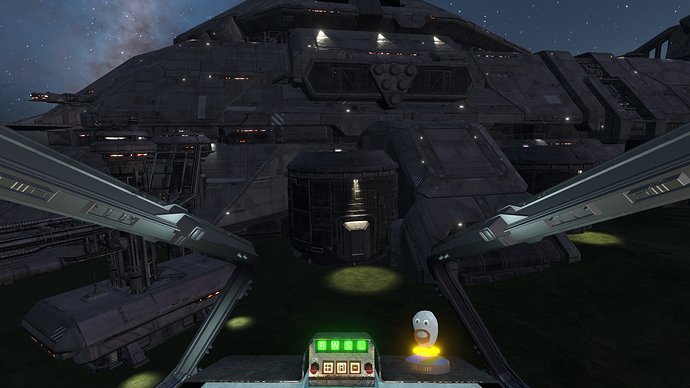 Update 112 : Originally posted May 28
This week we’ve been making a lot of progress towards the alpha. Static defenses have been implemented as you can see in the screenshot below. Jan created two new module types for space stations:

Finally, a third smaller module is being designed which can be placed on flatter sections of the station hulls... Read the Rest of Weekly Update 112 here on our forums 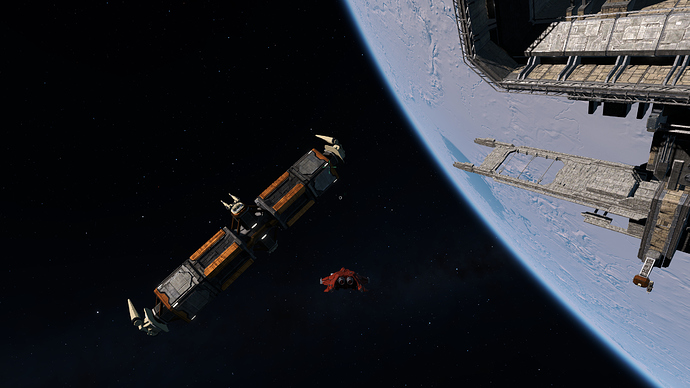 Update 113 : Originally posted June 4
There’s less than 2 weeks to go until the Alpha! As you can imagine we’re busy trying to get as much done as we can before the big release. The primary focus is on the core game loop which consists of the resource system, spawning, base placement, and win/lose conditions. Another big new feature will be defensive turrets for bases, space stations, and factories. Navigation and warp will also include some improvements however there remains a significant amount of work to do on navigation and radar/sensors beyond the initial release of the Alpha... Read the Rest of Weekly Update 113 here on our forums 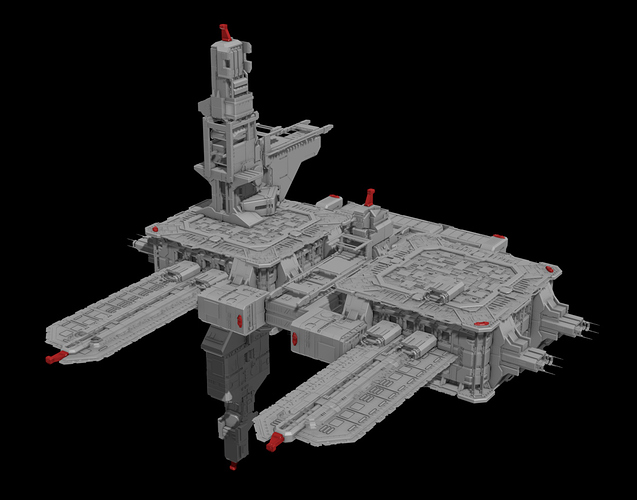 Update 114 : Originally posted June 10
Well, it’s been one heck of a week. For starters we’re launching the Alpha this coming Friday, June 15th which is less than a week away! The whole team has been working hard to get everything ready for the big release. I’m not going to get into too many details regarding gameplay changes as we want to save those for after the Alpha is out, but we’ve released a new version of our installation runtime and we’re working on updating our website... Read the Rest of Weekly Update 114 here on our forums 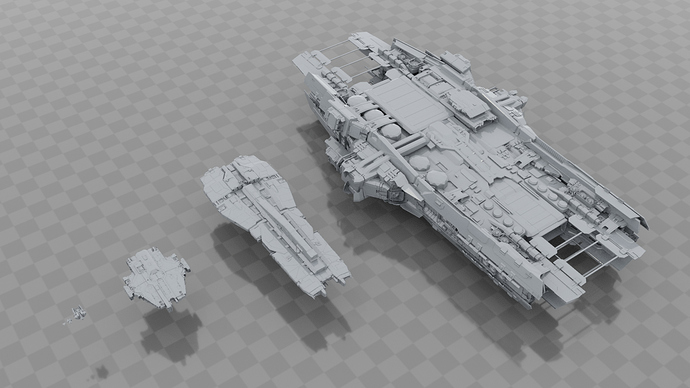