Outland 17 is a sci-fi retelling of the American Revolutionary War. Read our approach to balancing realism and game mechanics in our lastest devblog!

Hello Internet and Welcome to the grand opening of the Outland 17 developers’ blog. This is where the world comes every Friday to jump into in the minds of these selected few. Looking forward you can expect to hear and see the sights, sounds, and stories about Outland 17 and the related roguelike and turn based community.

Covering topics from developers dreams of the the future, Kickstarter, and answers to the communities questions. Today’s topic; Mathematical Storytelling. 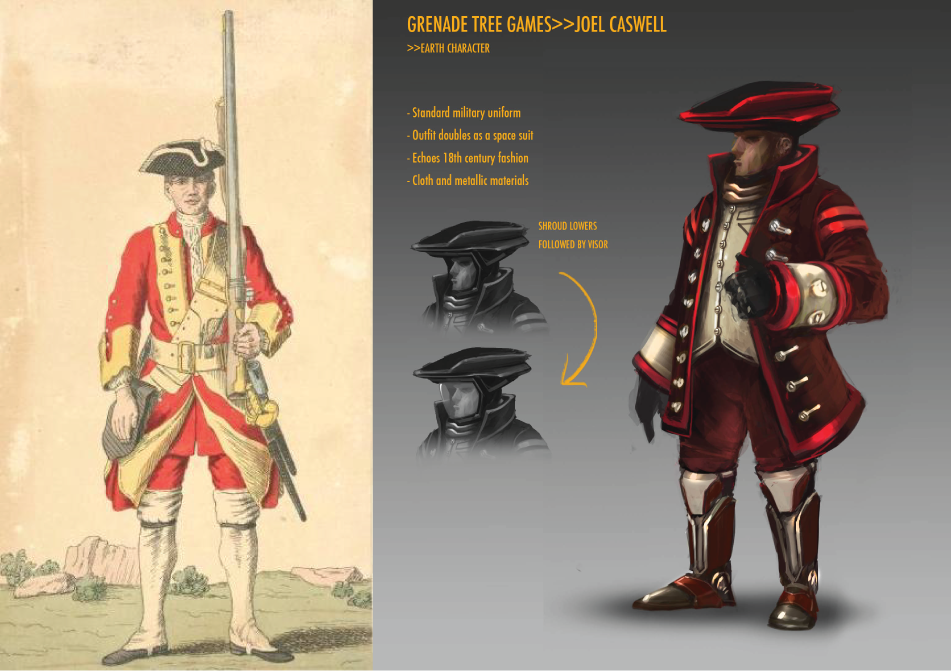 The story powering the Outland 17 universe is a retelling of the American Revolutionary war in an almost distant future. The story went through a number iterations before we landed on the concept of historical fiction and sci-fi.

The core goal behind each change was to bring the feel and grit of the story as close to gameplay as possible. Ultimately for our lead programmer, Rob Allen, the process of complicated story telling, game design and issues of thematic and stylistic choices boils down to one rather notorious four letter word, math.

Lots and lots of math.

Math is the power behind the throne of every game. But sometimes this power goes ary without guidance and proper connection to the story.

Initially, our answer to balancing the equation was simply moving numbers around until things felt more “realistic.” But this created a game that was simply more difficult and not necessarily more immersive or interconnected into the themes and gameplay choices we wanted players to make. It wasn’t until the fateful day we crammed a our team into the cramped space of a Google+ chat room that the math in Outland 17 began to fit with the story.

Next week a historian’s notes will reveal how the power of math brought together the tension of historical narrative and sci-fi gameplay.

Till then Internet, thank you for tuning in and see you next week!