Hello everyone, it is time for another Festung Europa Media Release! This time we put the spotlight on two vital pieces of equipment for the German infantry squad – the MG 42 and the M 24 Stielhandgranate. Without further ado, let’s just jump right into it. 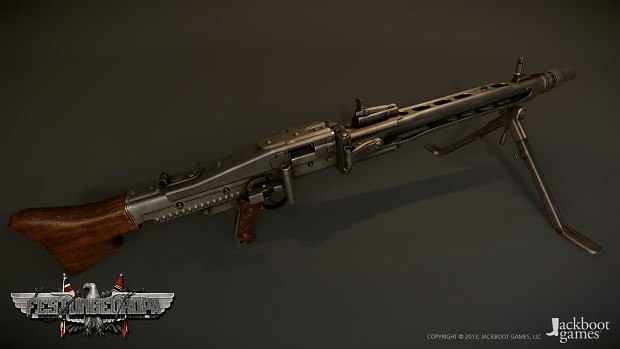 As the designation suggests, the MG 42 was introduced as a general purpose machine gun in 1942 in the German Wehrmacht. While being optimized for war production and cheaper and faster to produce compared to the MG 34, the MG 42 wasn’t a stopgap solution and about 415.000 where produced until the end of the war. In fact it would become one of the more iconic and by its enemies most dreaded weapons of the Second World War. It’s exceptionally high firing rate of about 25 rounds per second was unique for its time and defined the weapon’s characteristic sound which turned out to be genuinely frightening to the Allied soldiers encountering the weapon on both the Western and Eastern Front. 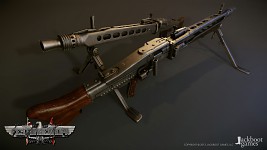 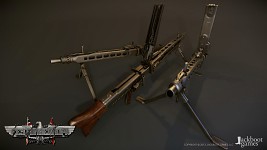 In Festung Europa the machine gun in general is the cornerstone of the German infantry squad as it historically was. It is the main source of firepower and enjoys the direct or indirect support of all squad members. Just as it was back then, it will be the responsibility of the Squad Leader to direct the MG 42′s fire and use the rest of the squad for close protection, assault and flanking maneuvers and ammunition resupply. Extreme ammunition consumption and forced breaks from firing for barrel changes are tactical drawbacks of the MG 42 that Commonwealth players must learn to exploit in order to survive any engagement with one.

After the war the design was further developed and adopted as the MG 3 into Germany’s post-war armed forces, the Bundeswehr. Other nations adopted modified versions of it throughout the Cold War, while the American M60 multi purpose machine gun was heavily influenced by the weapon. Thus the MG 42 design served through most of World War 2 until today, making it one of the longest active serving weapon designs in the world. Only now the Bundeswehr is starting to replace the MG 3 with a new general purpose machine gun based on Heckler & Koch’s HK 121, designated the MG 5. 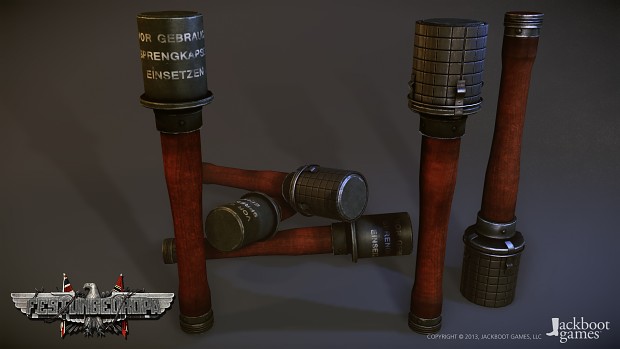 The Model 24 Stielhandgranate was the standard hand thrown grenade of the German soldier during World War 2. The wooden handle gave the user a significant increase in range compared to the standard egg-shaped/pineapple design, allowing the grenade to play vital roles both in defensive and offensive situations. The grenade made improvising in the field easy, by tying 6 unscrewed explosive heads around one intact detonator/handle, one would get a Geballte Ladung to use as an impromptu demolition device or to combat tanks at close range. The basic Stielhandgranate was designed for offensive action, however by applying a fragmentation sleeve or Splitterring, the grenade had increased defensive capabilities. About 75 Million Stielhandgranaten where produced during World War 2. 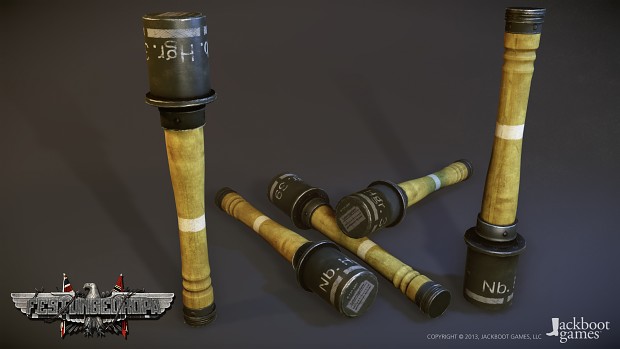 The Nebelgranate 39 is the smoke variant of the standard hand grenade.

What else is going on?

Besides producing the much needed weapons and equipment for the game, there is a lot of programming, historical research, mapping, creating of 3d and 2d assets going on behind the scenes. While we are keeping busy working on the game, we don’t want to burden you guys with imperfect design products or by talking about game features that have yet to survive intensive testing. Having said that, there is much more stuff lined up in the pipeline we want to show off to you guys as soon as possible, and we will! 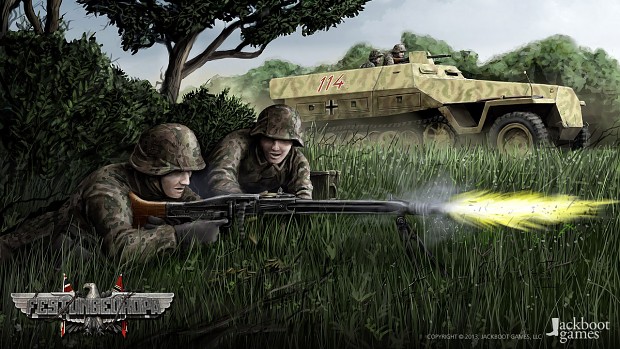 In the meantime, here’s another concept art by our resident artist Jan for you to enjoy:
Panzergrenadiere im Angriff, by Jan Klimecký.Like with the production of movies, we use concept art like this to give the team a feel for an idea before we translate things it into working features, programming, levels or 3d assets. We will continue to publicise this kind of concept art to share the flavour of the game with you shaping up as it happens. However, Jan thought it wasn’t enough to provide art for the team and decided to help on another front of the ongoing effort to bring you Festung Europa. You will hear more on that soon enough…

One good way to let us know what you think is to participate in the polls, let us know what your opinion is and why! In the wake of this media release we will initiate the following poll on this webpage: “Which one of these Darkest Hour Maps would you like to see make a comeback in Festung Europa?” Please take your time and participate!

Stay tuned for more news in the coming weeks and don’t forget to Like, Link, Retweet, Share our messages and Talk to us!
Forums.jackbootgames.com
Please register on the forum and make your opinion known!

Also, we are recruiting – take a look at our Jobs Section and contact us!
www.jackbootgames.com/jobs