"It has been weeks now... or is it months past since that bulbous, beautiful sphere had been cracked, and that low, maddening hum still wafts out from the walls and hollow ground beneath. My workers, the simple but observant men from Windheim could sense a presence, a mind, inside that darkened and dormant orb found beneath the Manor. Something was hiding inside, like a turtle flees to the inside of its shell. After it was cracked, but before it could be shattered, a face emerged, or so I was told. I did not see it, I seem rarely so lucky to witness such things, but others have said the face seemed to mimic the face of a man. The others surmise it was pleading to us, pleading for its life, I read it differently. I believe it was a warning to its kin below of the form of its captors. That is why it needed to be shattered, and soon we will have what's needed to harness that wretched hum." 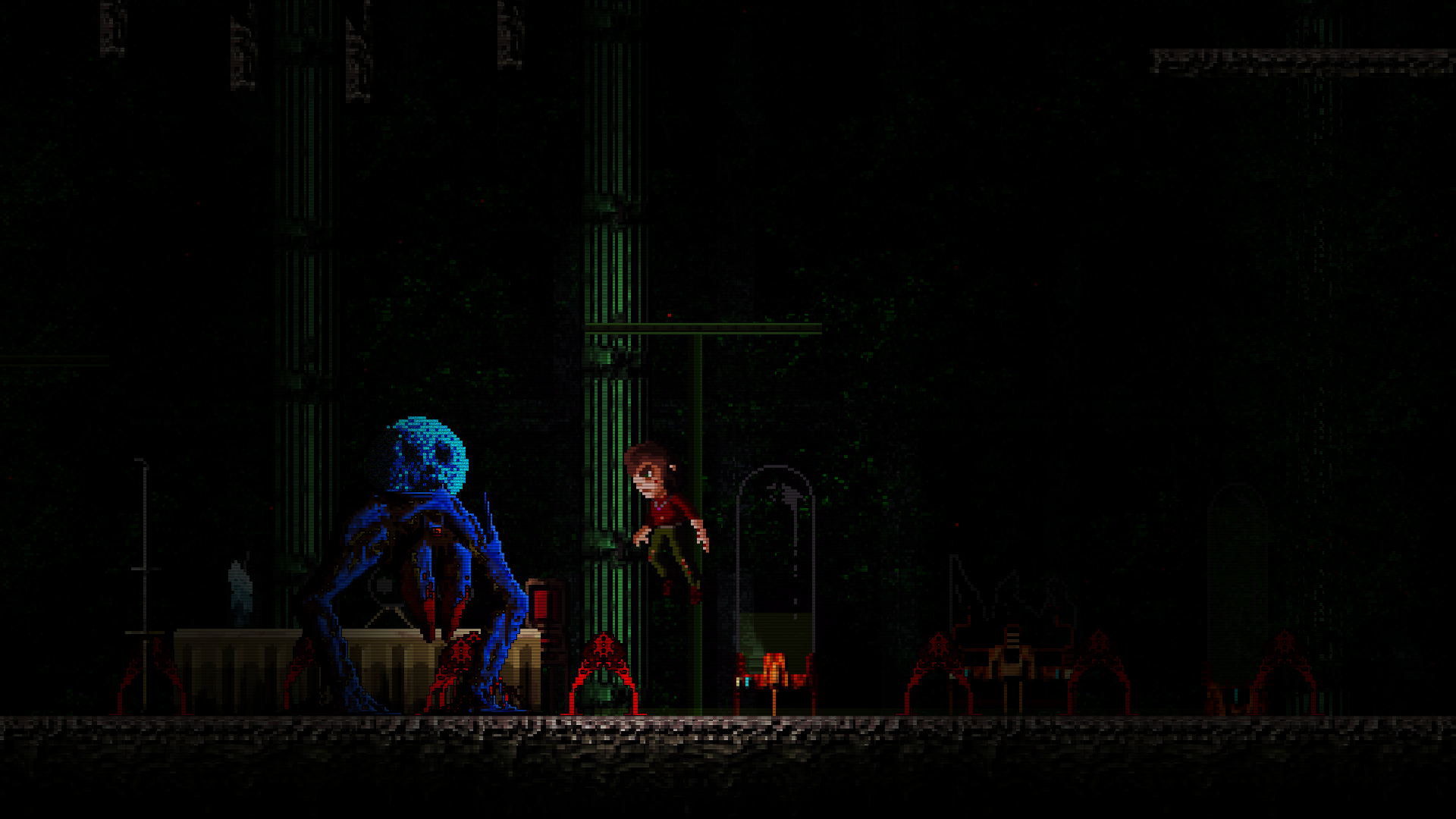 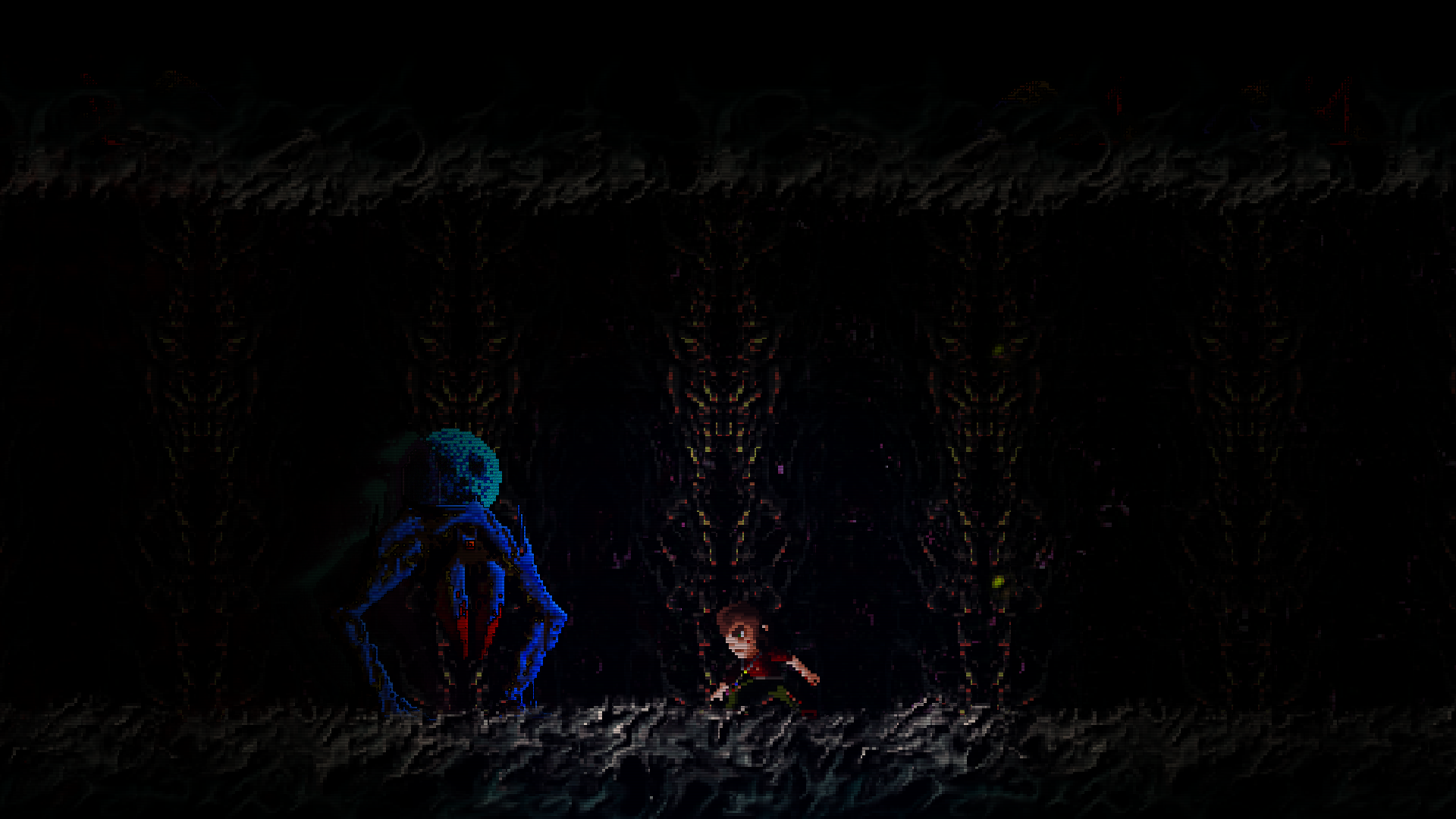 The migrant is a kind of mid-boss of sorts. It is only fought a few times in the game and can even be circumvented in one particular case. The enemy's only weak point is its brain, the body is impervious to both weapons and fire. Fortunately, the migrant begins in a kind of sleeping state and can be damaged easily from far away without making it aggressive if you are willing to spend the clarity to do so, otherwise you must approach it and begin attacking.

Weapon length matters in this fight since the body of the creature protrudes out enough that hitting the orb without taking damage by colliding with the body is hard with something as small as the dagger.

The migrant essentially only has two attacks. For one, it can strike one of its legs into the ground and send it shooting out of the ground at the very spot the player is standing. The only way for the migrant to move is to send its head flying across the room in a circular motion, it protects itself by forming two projectiles around itself and firing them at the player as it moves away. At this point it could emerge just about anywhere in the immediate area, even right where the player is standing so it is important to try and defeat the monster as fast as possible. Later fights with the Migrant also introduce some other enemies into the mix to make the fight a bit more difficult to deal with.