"Accursed, detestable Frederic! Fierce, brilliant Frederic. What would they say of me now? Mournful Frederic? Poor Frederic? Dead Frederic. Tucked motionless and alone inside this chamber, the walls adorned with the faceless cousins and brothers and sisters whose names I can't be bothered to recall. I can feel my life slipping, I can see my body; broken, crusty, disfigured. This death feels like a birth, the fading memories give way to wondrous truths, horrible truths. Even in death the search for the great truths eludes me. Truth is all we have, the pursuit of it, the most noble of deeds. I sought truth, lifted the rocks others were fearful to, and revealed the scope of our ignorance. I plunged the dagger into the very earth and fed on its blood. Let the Stuland name be forgotten, let all my kin be buried here with me, their Patriarch, and let this foul truth remain elusive to all the poor souls above. Curse the truth!"

The Stuland Patriarch is the very first boss in the game. A man who sold both his life and sanity to study and experiment with the substance flowing beneath his Manor, Marrow, as he and his kin would come to call it.

The Patriarch is a spectral entity, a spirit. His actual body can be found inside the Master bedroom of the Manor, a long room at the far side of the house which contains a group of invisible monsters as well as one of the fireplaces. The Patriarch can be heard speaking to the player in other rooms inside the Manor and even attempts to attack you after you have claimed the rapier using his spike-like limbs which stab out from the floor and ceiling, assuming the boss is still alive.

The Boss himself has various attacks, and like a few of the bosses in the game he has a 2nd tier. The most noticeable change is that he transmogrifies into an even more misshapen, less human version of his previous form.

The Patriarch's attacks include a quartet of limb like blades which line each of the walls, ceiling and floor of the room which will randomly stab outward with the only signal to the player being a short burst of dust from the spot the blades come out of. The Boss can also scream and cause all blades to shoot out at once. 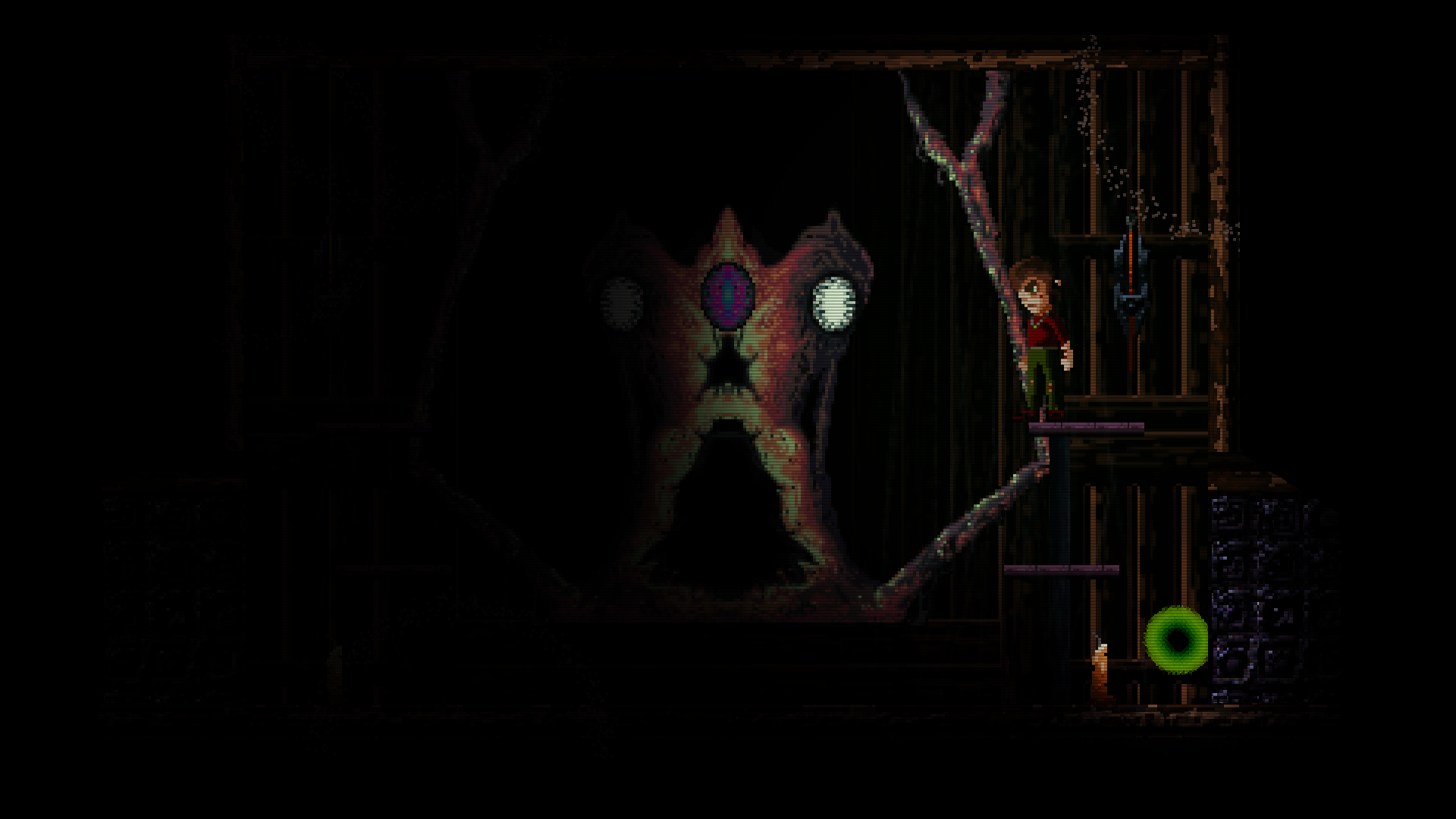 The boss can only be afflicted with damage while his third eye is visible, his eye is also the source of his most deadly attack, a ball of energy which shoots out from the eye, and will bounce off the walls. The attack is relatively slow during the Patriarch's first form but speeds up greatly in the second phase. The attack can be stopped if struck with a weapon, however careful timing is required because the energy will linger for a split second and can damage you even after it is struck. In addition, the Patriarch can also shake the room and cause debris to fall from the ceiling.

Getting to the Boss from the beginning of the Manor is relatively straight forward and doesn't require you to explore much of the rest of the Manor at all, however a rather deadly energy field stands between the player and the Boss room. There is a way to destroy the field, however it is possible, depending on your current maximum health, to force your way through the field and fight the Boss with the field still active, though you'll need to beat the Boss without taking any damage in order to survive because the energy field does hefty damage to the player, and the trek to find a save point after the fight will be arduous.