Our closed demo is due to be released next week to our friends and colleagues so we're working very hard on the build. This post is to highlight some of the major aspects of the process.

Posted by artindubitably on Mar 4th, 2015 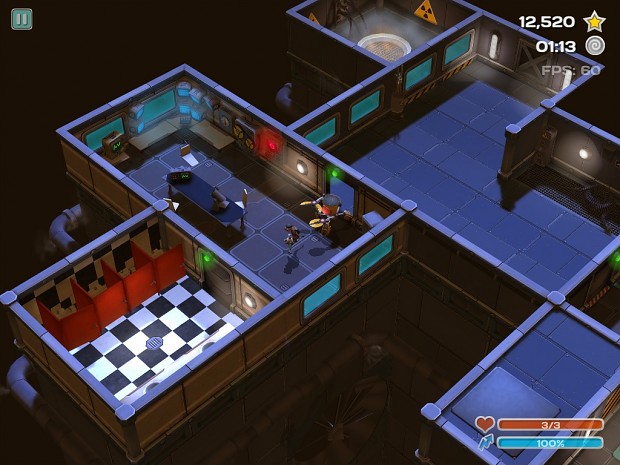 Our closed demo is due to be released next week to our friends and colleagues so we're working very hard on the build. This post is to highlight some of the major aspects of the process.

GUI and the hacking minigame

Many iterations have been put into our hacking system UI and it's finally getting there. As this minigame is quite an important part of the game, it should look nice as well. The hacking interface is designed to have some randomization in their looks and even functionality. There's going to be different consoles with surprising functionality and alarm systems that are incorporated right into the console UI.

Obviously the maze generation algorithm needs some love, but it's a job for later this week.

The final model of our first game character is now in the game. He has some new animations as well and I've spent time tweaking the states in Mecanim to blend better with each other.

The same rig and animation controller is going to be used for our second game character, but she's going to have some customized animations of course. This character is not done yet so there's no pics yet.

Knowing that gamers today have very little patience to replay a mission several times after dying, we decided to divide every map into smaller sectors; after completing one area, the player is smoothly transported to the next one and the current progress with points, lives, equipment and other essentials is saved, so that failing in the mission will only force you to restart the current sector instead of the whole level.

This might seem like a no-brainer, but our earlier test-levels were relatively short and we didn't even think we'd need to implement this kind of feature to the game, but here it is! 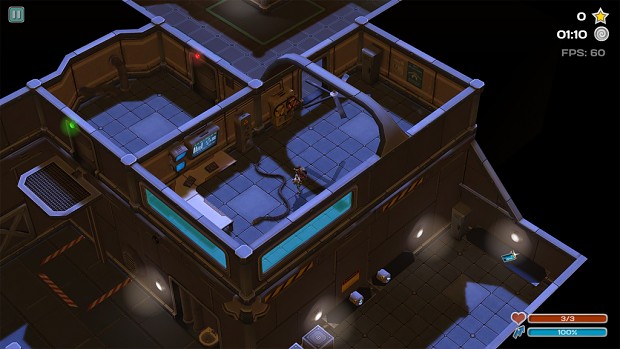 On other fronts, most of the coding effort has been focused on improving the existing features, optimizing the code and fixing every possible bug, so that the closed demo will be as enjoyable as possible. Considering our target platform, the optimizing part is particularly important, and has required a lot of attention. Still, every bump for fps is definitely worth it. 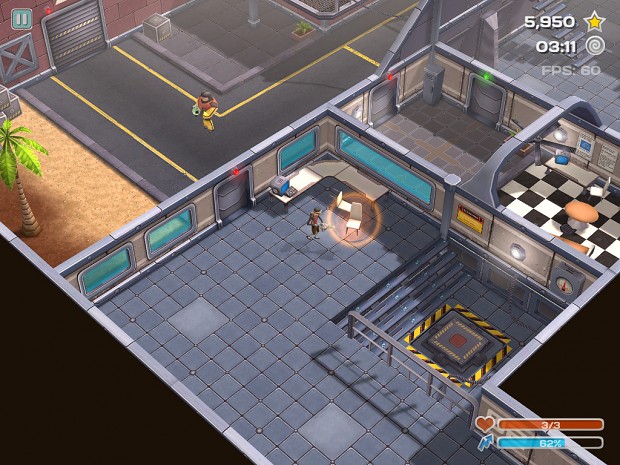 Optimizing, as well as other areas of scripting is more efficient with the right tools, and to all the Unity users out there, may I say: ditch the MonoDevelop that comes as the default editor, and use a more stable one like Sublime or good ol' Visual Studio (it's free now). You won't regret it.

The buzz around different game engines at GDC has been going wild in these last few days, with UE4, Unity 5 and Source being given away for free, and with a whole bunch of new and improved content no less. We were particularly pleased with the features of the Unity 5 obviously, so after completing our demo with 4.6.3, we're going to port the project over to Unity 5. We'll be writing about the joys and hurdles here starting next week so stick around!

this is nice, solid artwork altough the characters idle could be a bit smoother. tracking this. oh, and good luck with unity 5, would be interested to hear about your experience in the future.

Thanks for the feedback and for tracking the game! Character animations will get a thorough cleanup when all the animation states are done.