Hi everyone! It’s been a while, but I’m back to share some news and highlight a very exciting playable event that 8-Bit Adventures 2 is taking part in!

8-Bit Adventures 2 has appeared at Gamescom and Toyko Game Show, but it’s never been at an event like this. IWOCon is a fully digital, online, playable game convention – basically a playable theme park for Indie titles! 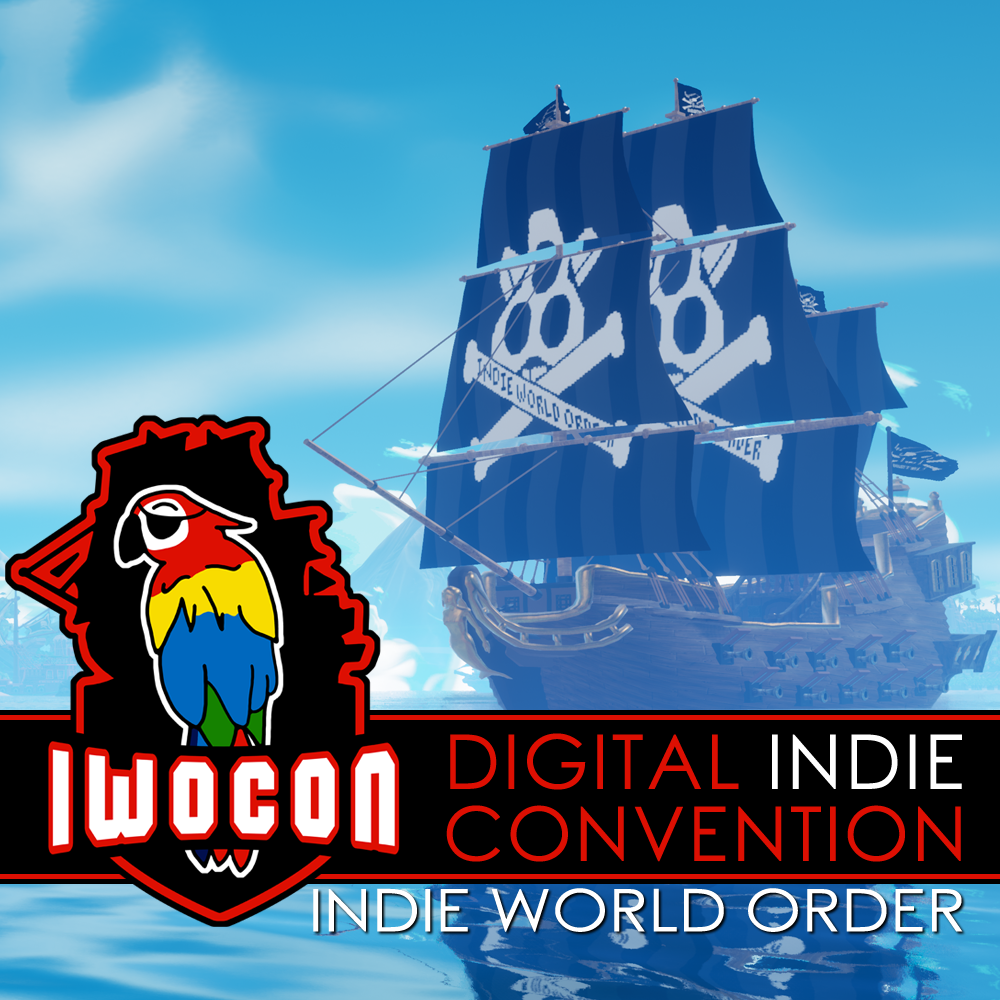 You can download the game on Steam, by clicking the image above! Create your unique pirate character and set sail for the IWOCon Islands with your very own vessel (you can even fire the cannons, or dive your vessel underwater to see what lurks beneath the convention!).

Every island features a variety of Indie Game Booths, and you’ll fill up your in-game passport as you explore all of the different titles that the convention has to offer. 8-Bit Adventures 2 has an awesome 3D booth situated on the Love Islands (clearly the event organisers recognised our game’s romantic soul haha), but you’ll have to discover it yourself in the IWOCon app to see what it’s like (no spoilers here!) ;) 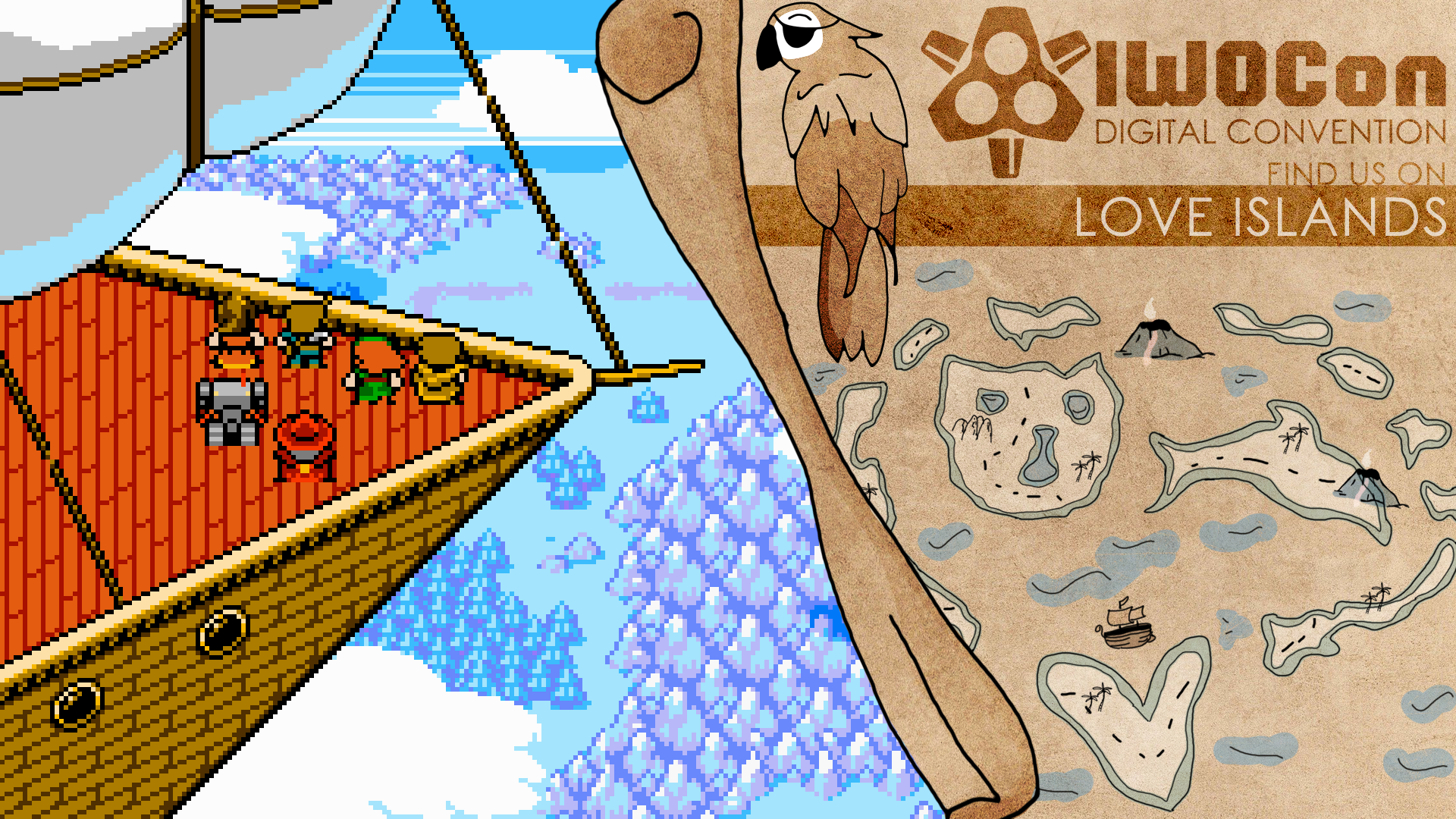 The event will be live from March 26th through April 2nd (during which a bunch of great streamers will be covering it), but the IWOCon game on Steam will remain online even after the event is over. You can find a bunch of the amazing indie games featured in the event at the link below – some of them are even discounted, too!

If all goes according to plan, I’ll be in the chat for an 8-Bit Adventures 2 Demo Stream being held by CDI Arcade on Twitch at 11:30 PM on Monday EST. So come on by to say hello and asks questions if you’re interested! =D

It’s truly incredible what the team behind IWOCon has achieved, and they’ve done it all completely for free and purely to support indie developers. It’s the most unique and creative convention I’ve ever seen, and I’d sincerely appreciate it if everyone would check it out and support them! They really deserve it.

So download the IWOCon game on Steam and set sail for adventure! =D

Additionally, my most recent game Tales Across Time is also participating in the sale, making an already cheap game even cheaper! You can now get it 20% off - that's just $2.39 USD!!

As I've said before, these discounts won't get any lower in the future, so now's the time to buy if you're interested in checking these games out and supporting the final phase of development on 8-Bit Adventures 2!

I’m sorry I’ve been so quiet this year – I’ve had my head down working very hard, and we’ve also had a bit of a family health scare, so things have been a little bit hectic haha (not to mention the Steam Festival that we participated in earlier this year).

Before we get onto the progress update, though, I want to say a massive THANK YOU to all of you. Not just for your continued support and kind words, but for helping us hit a new milestone. 8-Bit Adventures 2 has now been Wishlisted by more than 13,000 players!! That’s an absolutely incredible number, and far beyond what I ever imagined when I first put the game’s Steam page up (I remember I was amazed when we broke 100 haha). 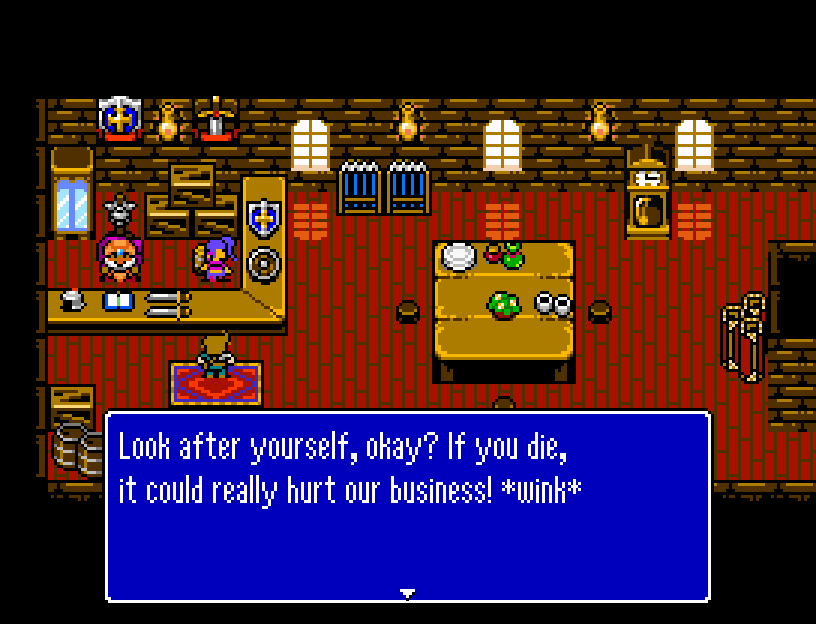 I know wishlisting seems like a small thing, but it makes a massive difference – the more wishlists a game has, the more opportunities it gets for visibility on Steam once it’s released. So hopefully we’ll continue to grow even more from here, but the 13,000+ Wishlists we have puts us in a really good position. So thank you everyone – it really means a lot! 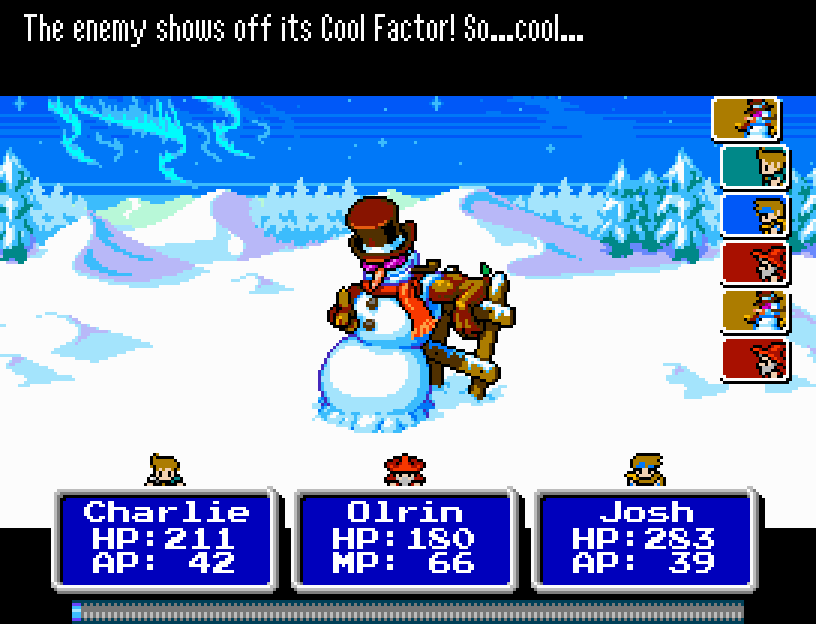 So first things first; a lot of my time so far in 2021 has been spent sorting out arrangements to get 8-Bit Adventures 2 onto consoles. It’s involved a lot more time and work than I’d originally expected to get each platform organised (I’ve filled out a *lot* of paperwork =P), but I’m happy to say that we’ve been even more successful than I’d hoped!

Please be patient a little longer for the announcement of the exact platforms, but I can say with confidence that no matter where you play, everyone will be really happy with what we’ve achieved. I think we’ve managed to meet pretty much every player’s request, so I’m really excited about revealing more =D 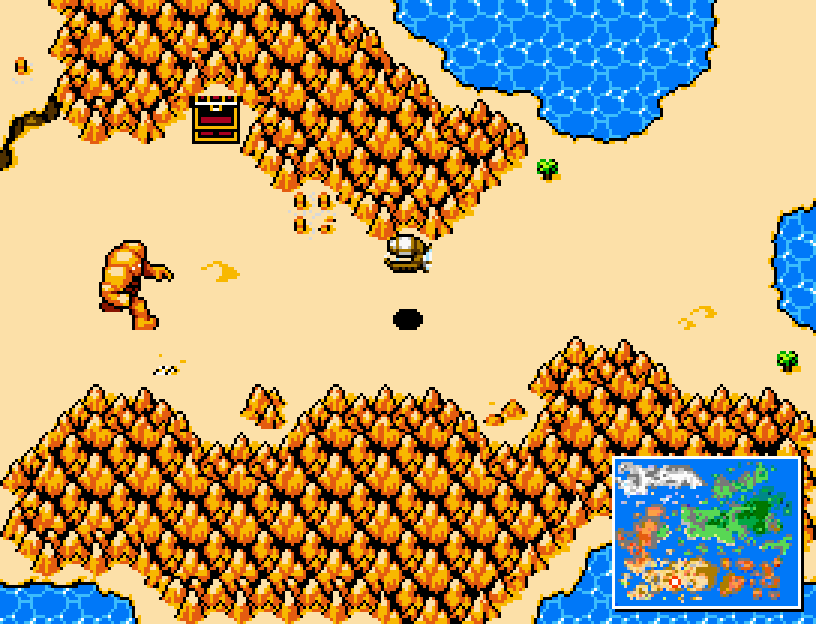 Our team has also invested a lot of time recently working on something pretty special…that we may or may not ever be able to share with all of you haha =P I realise that’s incredibly cryptic, but I unfortunately can’t say anything more. It’s something we’ve all put a lot of hard work into for a long time now, is related to 8-Bit Adventures 2, and would be absolutely incredible if we could make it a reality for players. There are just a lot of very difficult factors at play, and it all depends on whether or not things work out. But stay tuned – we’re working hard on a lot of things and trying to make the release of 8-Bit Adventures 2 as special and successful as we possibly can!

As for the game itself, new fixes and tweaks are getting introduced, player feedback is being implemented, and it’s in a really good state – it just needs more balancing, polishing and play-testing. The main issue has been that I’ve been trying to do a bunch of these massively involved, extra jobs and have been spreading myself very thin (especially dealing with family as well). But with consoles just about sorted out, I’m looking forward to hunkering down and getting this last portion of development finished and the game (finally, FINALLY) ready for porting and release! 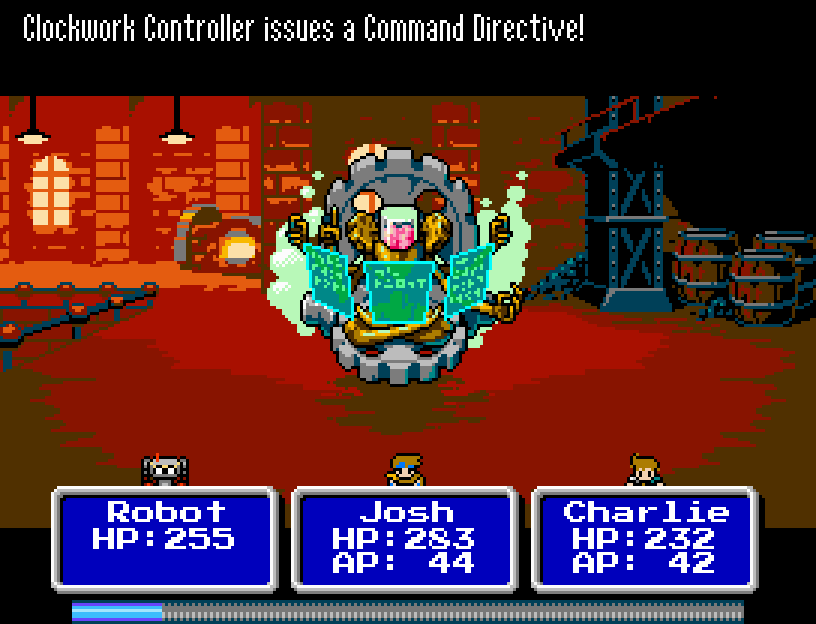 So we should have a lot of exciting announcements as the year goes on. We’ve been able to take 8-Bit Adventures 2 further than I ever imagined when I started development five years ago, and that’s largely thanks to everyone who’s supported the game. It’s because of your comments and wishlists and enthusiasm that we’re able to get the game released on consoles - so from the bottom of my heart, thank you everyone! =D 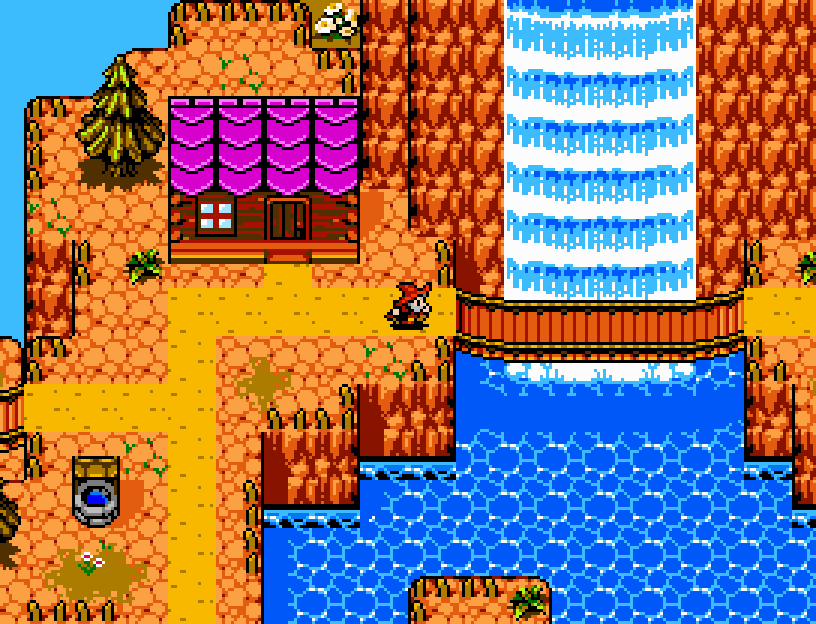 I know it’s been an incredibly long wait, but we’re going to make this release worthy of your faith, patience, and support - I promise!

In the meantime, please give some of that amazing support to IWOCon this week and I hope to talk to you all soon! If you ever have any questions or comments you’d like to share, please don’t hesitate to hit me up ;)
~ Josh

For more information and updates, please: