A very late update that was supposed to go out on Sunday, here I'm talking about how the surface map has changed and show of some more level art.

Well it's another fine day in the baked wastes, I've been abit late with this week's update due to enjoying a lovely holiday with the family but we're but Atavismus and I have both been working very hard. Armour is now working and helmet functions are now going in, most boost the protection of the player's head location but others offer special effects which you'll learn about later :D

I've been adding sounds here and there but spending most of my time making new art for the future locations and the surface map which the player will traverse to reach various locations. That has changed quite dramatically I may add.

Below was the original idea for the map (it's rough but was only an initial idea); the surface map's original functionality was to be like that of the original Fallout: the player is presented with 100 square miles of tundra with various locations that become available as the player unlocks them through story and quests. This would work fine but the world felt small and it would never have the level of exploration that I really wanted for the game. I want the player to be heading into the unknown entering little crops of buildings and looting tins of beans and dog food to survive, at the map's current scale and size it just wasn't going to be possible. 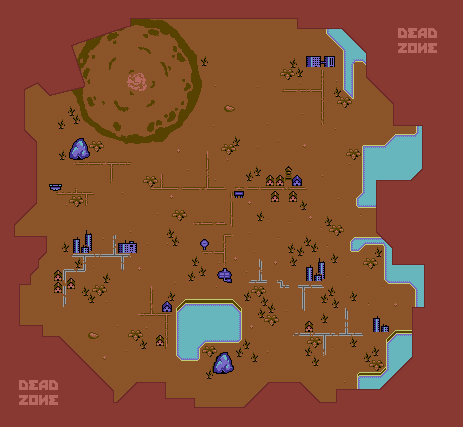 The surface map has changed alot, you're much closer in and as you explore the screen scrolls with you making it feel like a much larger and endless space, you also have a small animated character sprite that represents your location as you travel. There will be lots of small buildings, from farmsteads and barns to roadside motels and drive-ins for the player to explore and most of these smaller locations will be randomly generated rooms and loot items (this system is currently in too!). I'm really excited with this new way of doing things and will make a huge difference to gameplay. When you gain surface missions you'll be given GPS coordinates and this will point you in the right direction, while other mission locations maybe more vague - so get your exploring hat on! 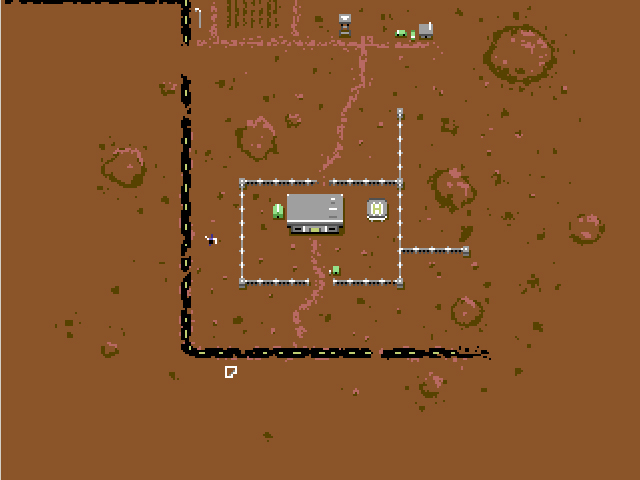 (Missing UI, but a great start)

As always I've been working on some of the main location art for example the subway which is the first place the player will have to explore and I'd like to show you some of the these rooms to highlight that not every environment the player will come across is a square boring looking Spy Vs Spy room :) 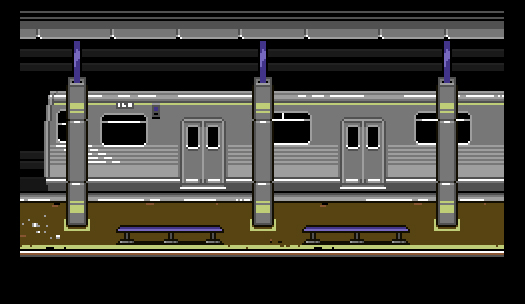 (Inside the subway car)

I don't really want to show off too much of the later areas as it will spoil some of the surprise but the idea is that most of the signature areas the player must visit through the story will look quite different and have some interesting rooms to explore and do battle in :) Well this was the Sunday update on Thursday! We're aiming to get a closed demo made for next Friday to show off to family but this time next month we should really have a huge chunk of game ready for people to play and test - If your interested in this then please head over to the forum and start commenting, also please follow us here on IndieDB, it means alot and we'll be selecting demo testers from this list :) I hope you have enjoyed what you've seen so far we're both working very hard and we appreciate all the support.