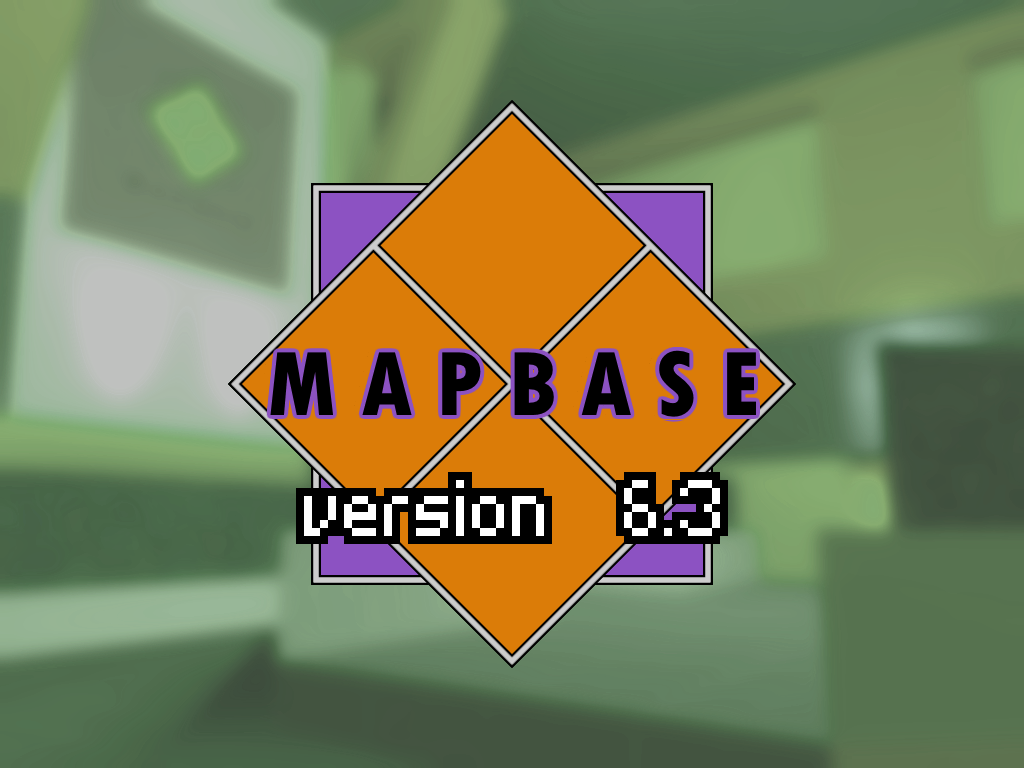 A few of the major changes in this update involve in-game video playback.

Fullscreen videos could always be played back in-game via the playvideo command, but this was often prone to crashes and rarely worked well for practical purposes. This update backports a later version of the video player code from the Alien Swarm SDK, which fixes most of the common crashes associated with videos. It also backports logic_playmovie, a logic entity which allows videos to be played easily without having to use commands. A custom icon for this entity was contributed by URAKOLOUY5.

Mapbase also backports vgui_movie_display, which plays videos on a floating VGui surface instead of fully occupying the player's screen.

(note: .bik is still the only supported video extension, but this could change in the future) 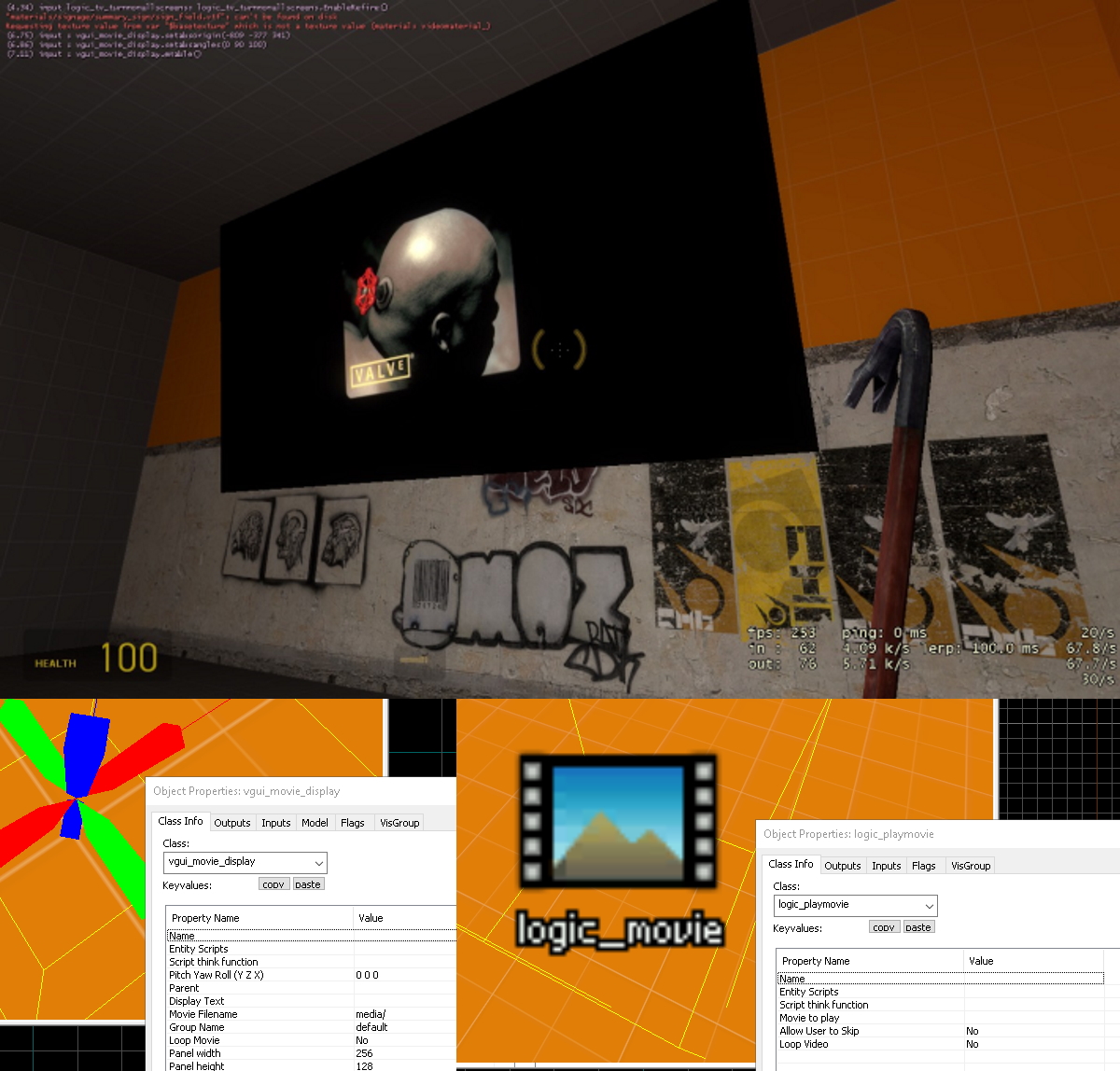 This update also adds vgui_text_display, an entity which displays oriented text in the world. It started as an attempt to replicate point_worldtext/vgui_world_text_panel from CS:GO, but it became its own entity due to guaranteed internal differences and new keyvalues necessary for it to be useful. It is still largely experimental and it has a few notable issues. For example, text panels cannot overlap and the area around the text may occlude effects even when there doesn't seem to be anything occluding them.

There's also one huge fundamental issue with this entity: Unlike point_worldtext in CS:GO, this entity's text can't be displayed in Hammer. Fortunately, most of the parameters can be changed in-game with inputs, so ent_fire will help users fine-tune the way it's displayed. 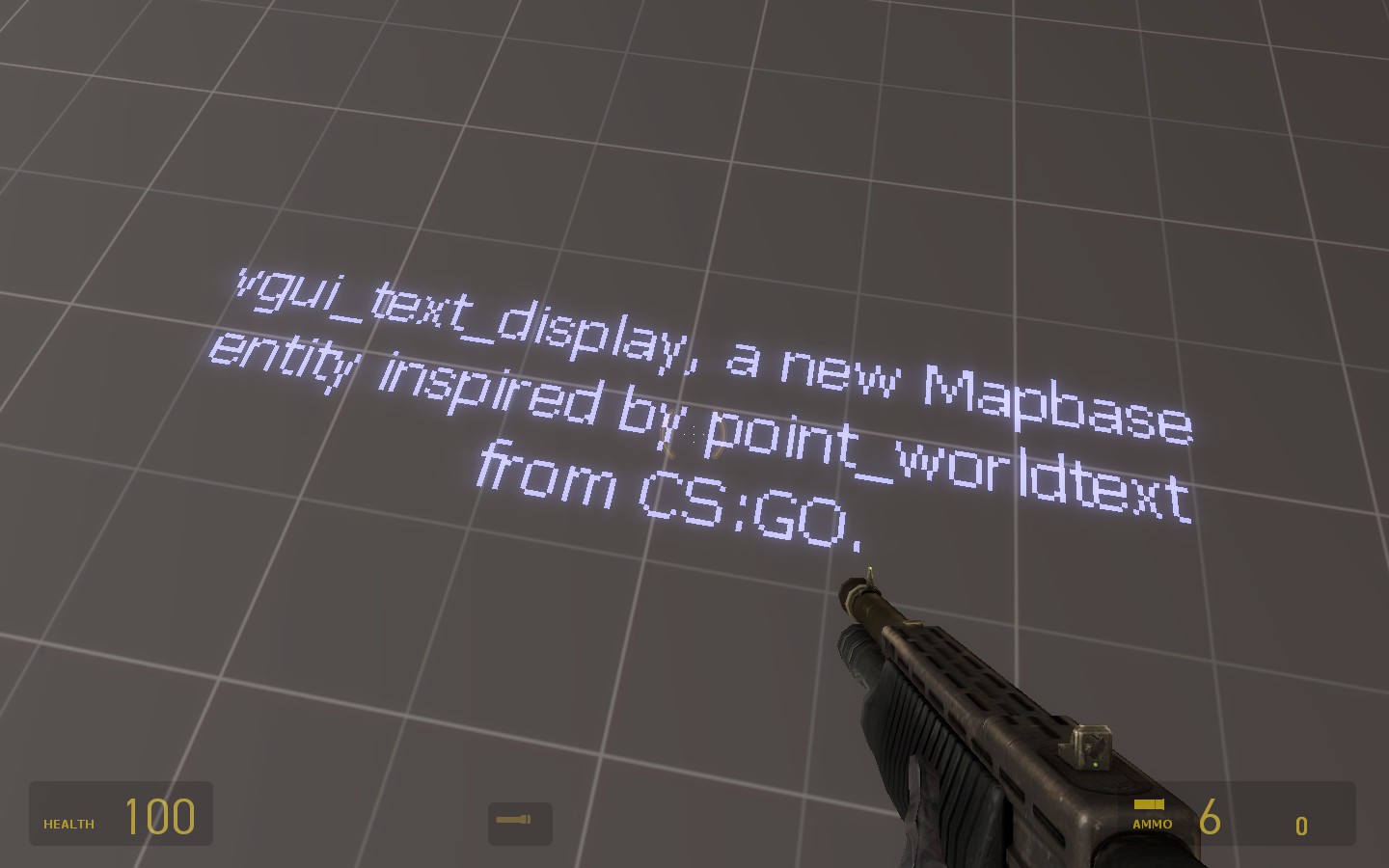 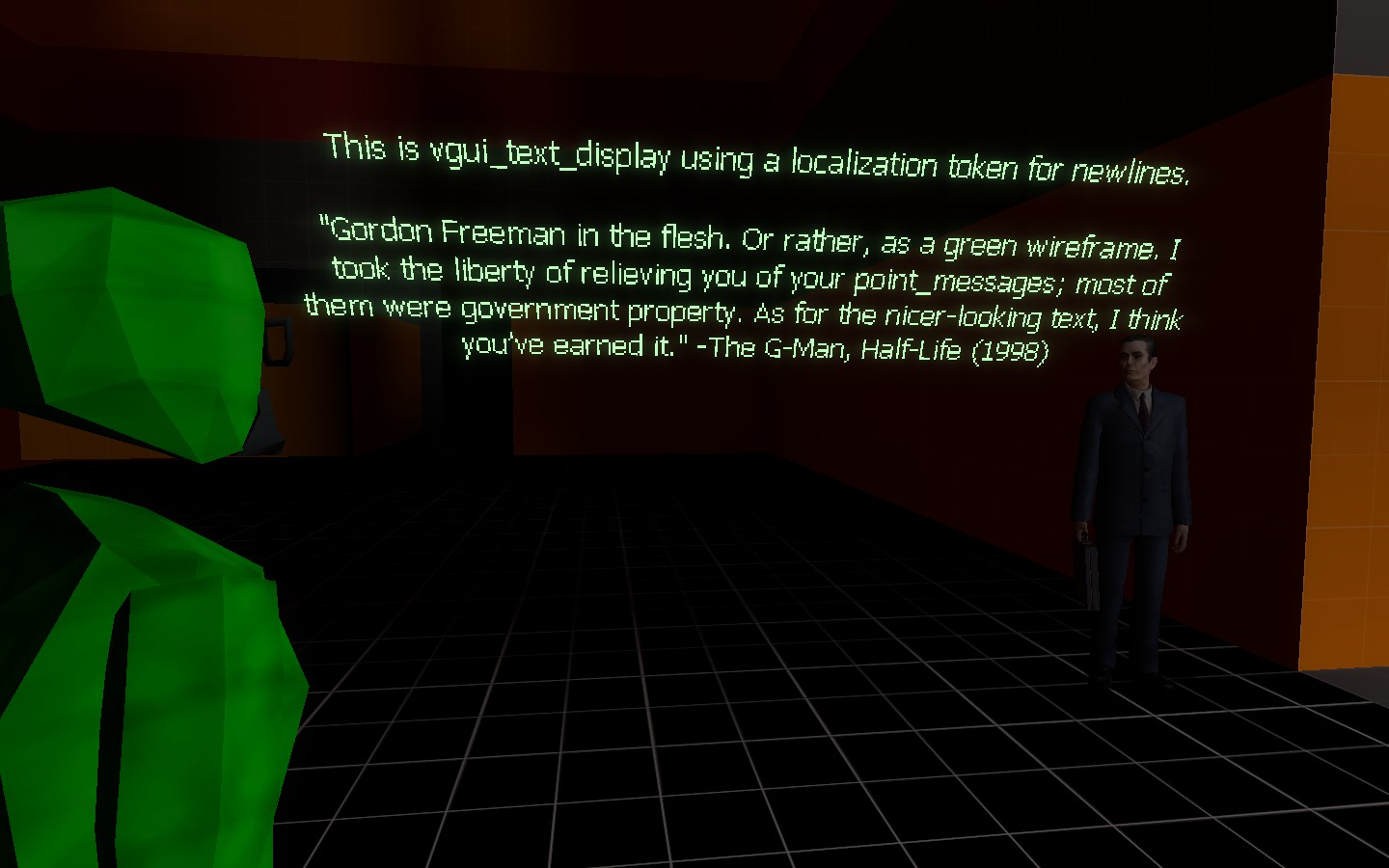 In his latest pull request, Sam (a.k.a. samisalreadytaken) added the ability to create custom convars and console commands in VScript. 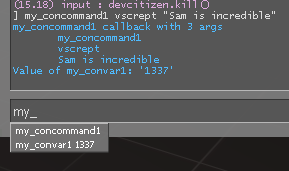 As with many of Sam's contributions, these offer very in-depth levels of control which make them flexible enough to act as practical substitutes for custom game code. They even support completion callbacks.

Sam's pull request also added a bunch more utility functions and optimized various parts of the VScript code to be faster and more stable. The page for this pull request can be found here.