Mapbase's v4.2 update has been released. This update is a follow-up to v4.1 and mostly just contains minor improvements, although it does prepare Mapbase for the future multiplayer branch. 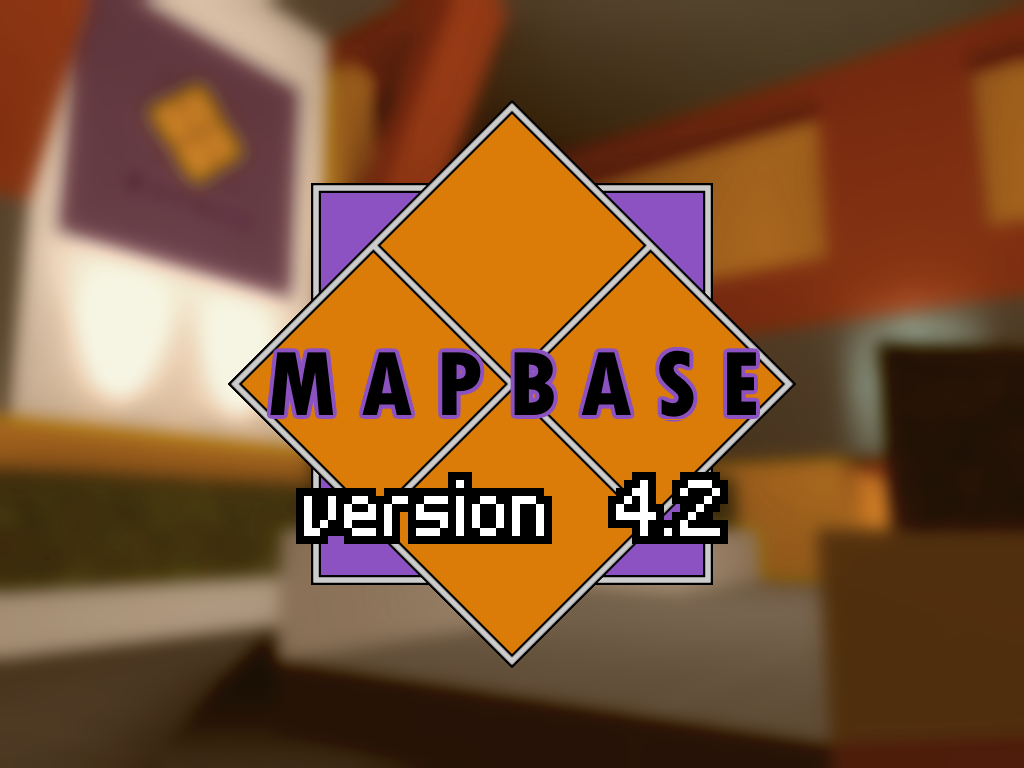 - Added keyvalue to use random bounds on logic_timer to limit AddToTimer/SubtractFromTimer inputs (suggested by White_Red_Dragons)
- Fixed inconsistent env_projectedtexture state on save/load
- Added code to allow skybox to use a direct entity handle instead of a stored origin and angles in order to take advantage of entity interpolation while moving (less jittering)
- Moved map-specific file manifest parsing to happen after other entities are created (highly experimental)
- Added various misc. code improvements related to debug build and MP branch

- Fixed default function parameters not being saved (contributed by reductor)
- Fixed Vector.Norm() returning a normalized version of the vector instead of just normalizing in place and returning the length (contributed by reductor)
- Fixed some VScript ammo type-related code forgotten in the previous update
- Added more VScript functions for CBaseAnimating, including pose parameter functions and the ability to look up bones and get bone position
- Added more origin and angles functions for VScript (suggested by krassell)

You may have noticed the change list now mentions users who contributed or suggested certain changes.

Changes with no "contributed by" or "suggested by" mentions were mostly made by me, Blixibon.

While this update does not have anything major like $treeSway (which was introduced in the previous update), it does add various suggestions and fixes a few new issues. It's also the first time Mapbase has released two minor updates in a row. The pattern was previously just v1.0, v1.1, v2.0, v2.1, etc. while this v4.2 update comes after v4.1, another minor update.

This update was also planned to include another contribution which would've introduced reactivated npc_advisor behavior, but there was an issue getting that working and it will have to wait for another update.

Even though this update is smaller than the previous update, this update includes a few changes which will be critical to Mapbase's eventual MP branch. For example, this update adds "interpolation" to moving sky_cameras. Without this, the moving skyboxes would "snap" to different positions, which looks very unpleasant. In SP, this isn't as important, but it does eliminate most of the existing jittering. This is most visible when using host_timescale to slow down the skybox movement (which also slows down how much it's updated).

Even though I said v4.0 might involve the MP branch and that didn't turn out to be the case, so far it's actually safe to now expect v5.0 to involve the MP branch. The MP branch will most likely have a testing period similar to what VScript had to go through. A future v4.3 update is also possible if it's needed before v5.0.