New designs for our RTS game "After the Fall". This time we reveal our first units designs for the Manticores faction.

Welcome to another update as we reveal more designs for our strategy game “After the Fall”.

Today we will reveal some units you will be able to control from the Manticores faction.

The first unit is the “Slasher”. 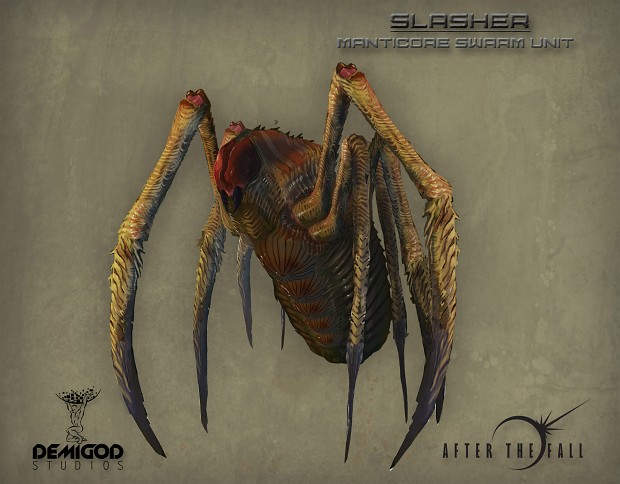 The Slasher is the smallest unit in the Manticores arsenal. By itself it’s not much of a threat to the ECF forces but these nasty little creatures never go alone.They usually attack in large numbers and together can be very deadly. Their speed is their big advantage and a swarm of these things can overwhelm any kind of ECF force. They are especially deadly against infantry units and when they attack they use their 2 front legs to cut their victims into pieces, thus the name they gave to them.

Next we have the “Nailer”. 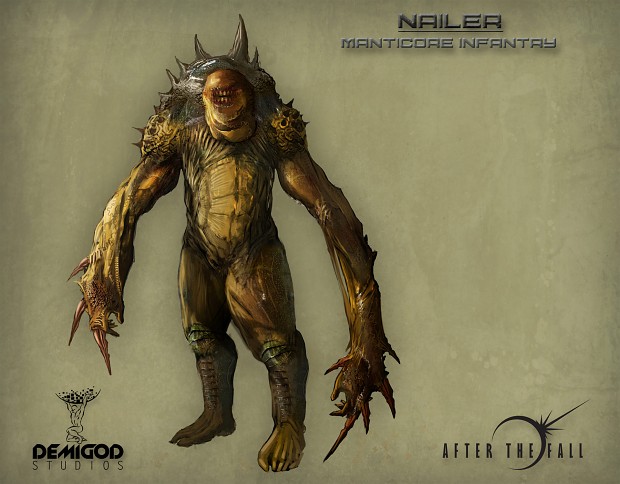 The Nailer is the main attack unit of the Manticores. He has enough strength and armor while he can be produced relatively easy and fast. He can be very deadly especially to infantry units due to his long range attack. When he decides to attack a target he pushes his hands into the ground and big organic spikes grow under the enemy killing everything in the area. He is the most commonly sighted enemy on the battlefield.

The next Manticores design is the “Morpher”. 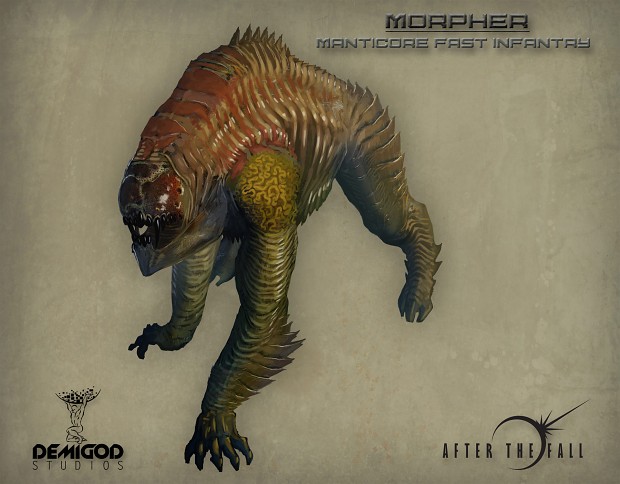 The morpher is a dog type unit and it can move very fast due to its body structure. He has 2 types of attacks depending on the distance. If he is very close to the enemy he is using his front legs to rip the enemy apart. If he has some distance from his target what he does is travel with so high speed that it looks like he teleports from one place to another. When he does that he cuts his victim in two killing him with one hit. He is more effective against infantry but can be used against any situation.

Another special Manticores unit is the “Puppeteer”. 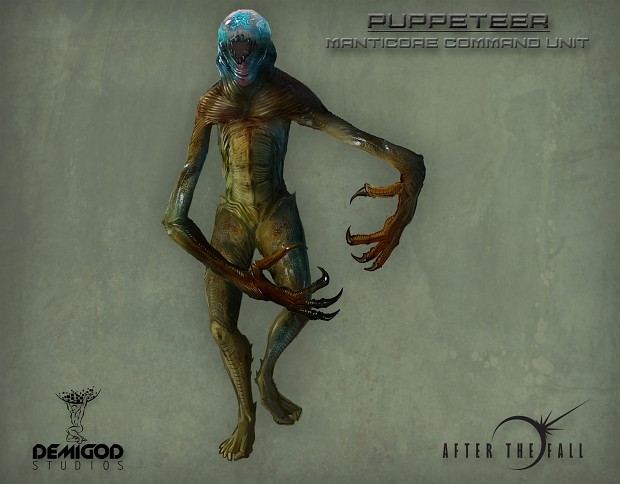 The Puppeteer is a very special unit because he is not used to directly assault the enemy. What is special about this unit is that he can control any kind of enemy unit comes into sighting distance. The enemy unit stay under his control until it is destroyed or he is killed. He is very useful when there are heavy ECF armored units that can do alot of damage. By taking control of them not only they create havoc among the enemy but also confusion. His big weakness is his relatively light armor which means that he has to be protected at all times.

The last unit we will reveal for today is the “Heavy”. 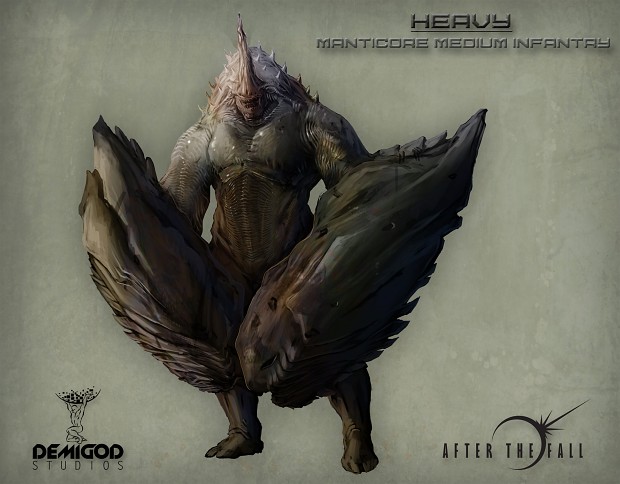 The Heavy has a very distinct characteristic. He can be used both for offensive and defensive operations. His hands are from a thick material forming a shape of shield that cannot be penetrated by any kind of ballistic projectile or missile. When he is idle he uses his hands to cover his front and this way he protects also all units that are standing behind him. But the Heavy is not only good for defense. Using his enormous shield type hands he can destroy any ECF armor easily. The only way to deal with a unit like this is to attack him from 2 sides so he cannot defend himself. In total he is a very formidable opponent and a unit not easily dealt with.

That’s all for today’s update. We hope you enjoyed the new designs and we would be glad to hear your comments in our forums and interact with our community.