IrateRedKite takes a quick look at some of the new visuals capital ships are getting when they're docked.

I’ve shown these off around the Aftermath and general community Discords a few times, but I’m pleased to be able to finally officially show off Aftermath’s new capital docking scenes.

It’s a little known fact that Freelancer’s real-time cutscene engine (that’s the thing that powers all of the base scenes, as well as the fancy animated menu screens) is written in an older version of the scripting language Lua, and accepts conditional statements. The vanilla game does not do this, but it allows modders to be a bit more creative and set scripts up so they can be dynamically adjusted based on a (usually limited) set of ingame and out of game variables. 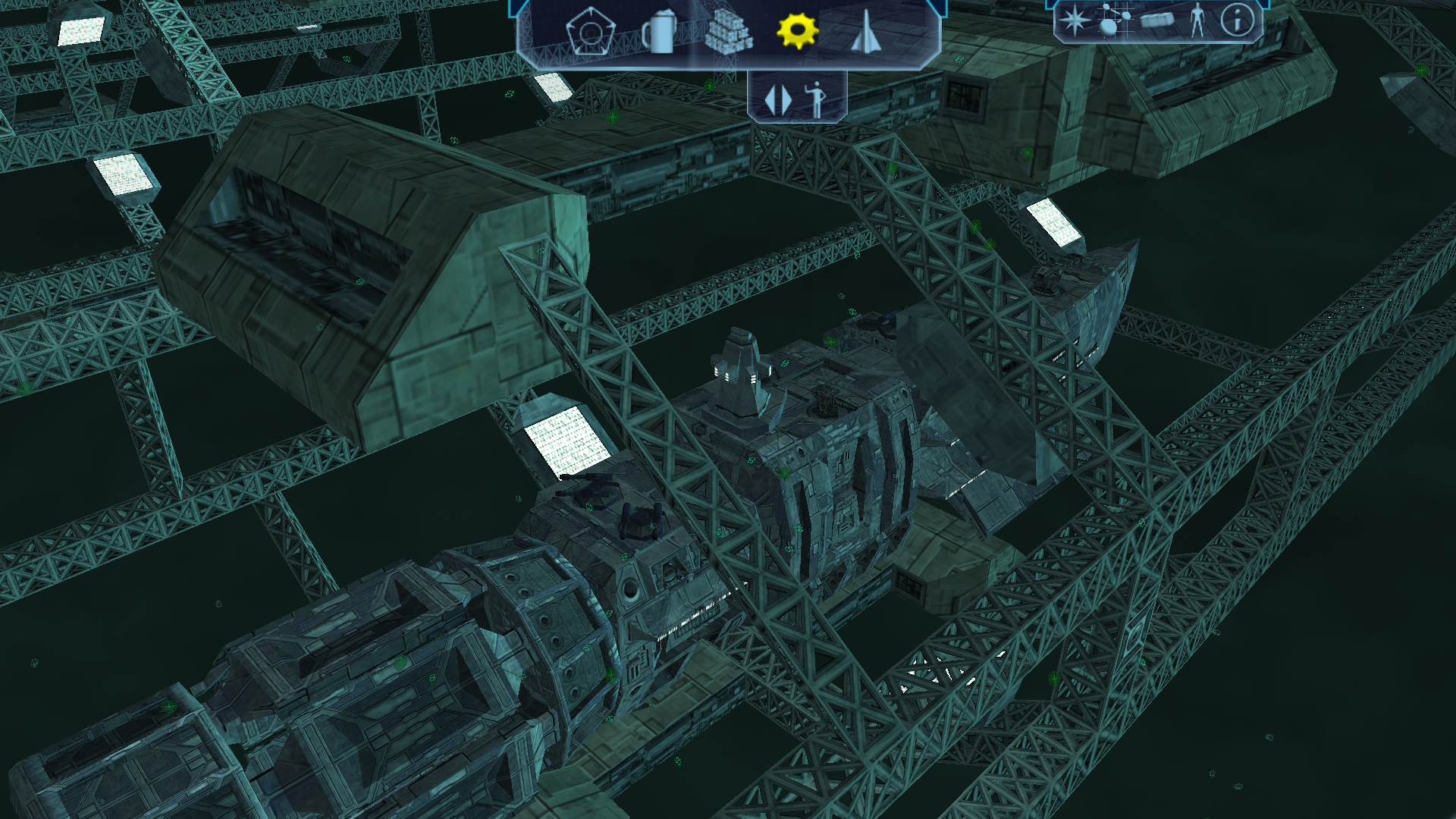 If you’re flying a ship over a certain size (generally speaking, anything larger than a freighter), rather than the usual fighter docking bay, you’ll be given an external view of the station, with your ship present in drydock, waiting to be fitted out, repaired or loaded with cargo.

This hasn’t really been possible until now, as the scripting module hasn’t had access to things like the player ship as a variable, or much else for that matter, but thanks to something the coding team have done that’s frankly, from my perspective, akin to magic, the game’s cutscene scripts can read and track all sorts of information about your ship, player status and game environment that can be fed into variables for the cutscene scripts. 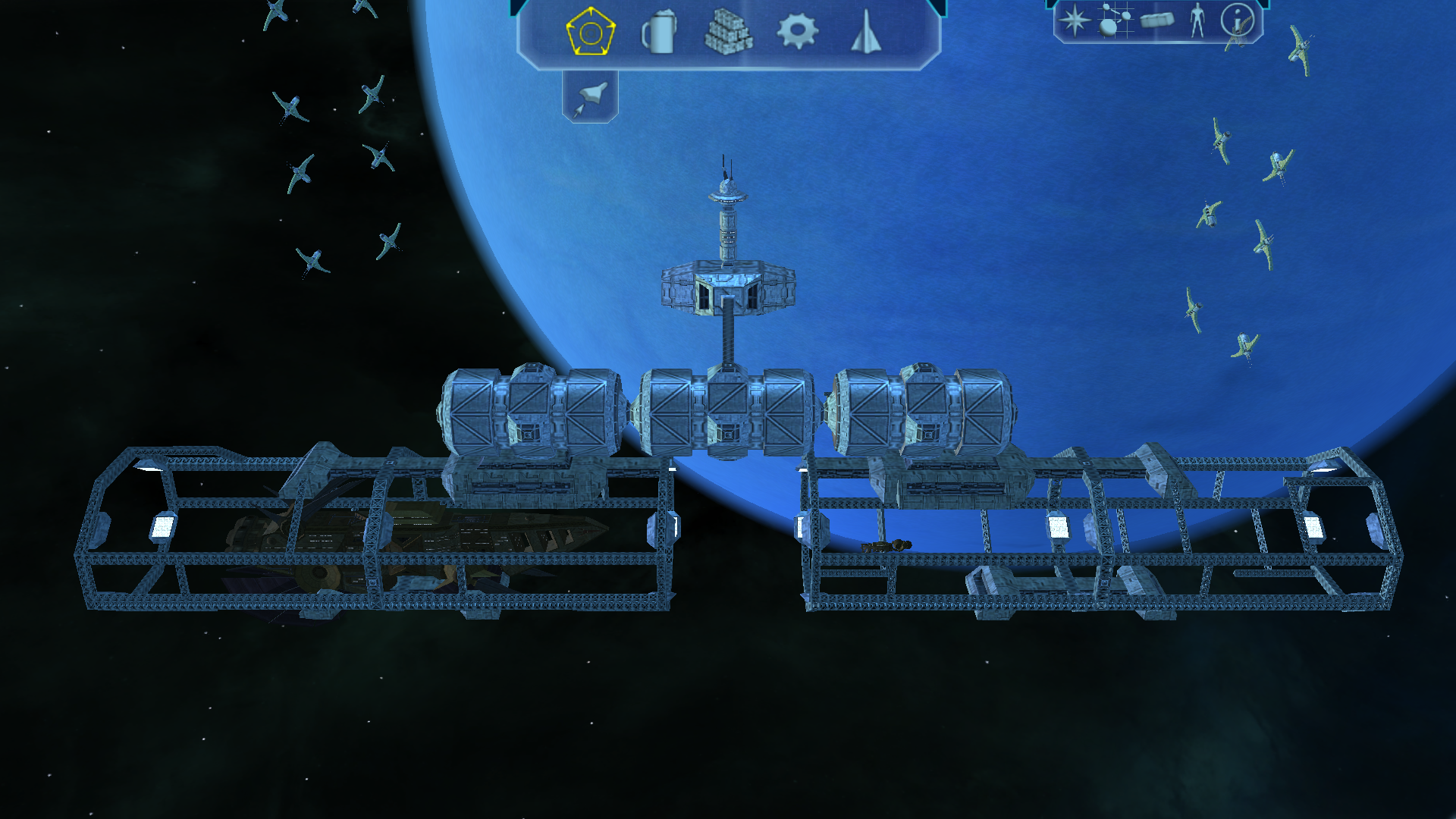 Aftermath is going to be launching with 16 bases set up like this (not every station is capable of accommodating a capital ship!), but we’re definitely going to be looking at expanding them as time goes on. 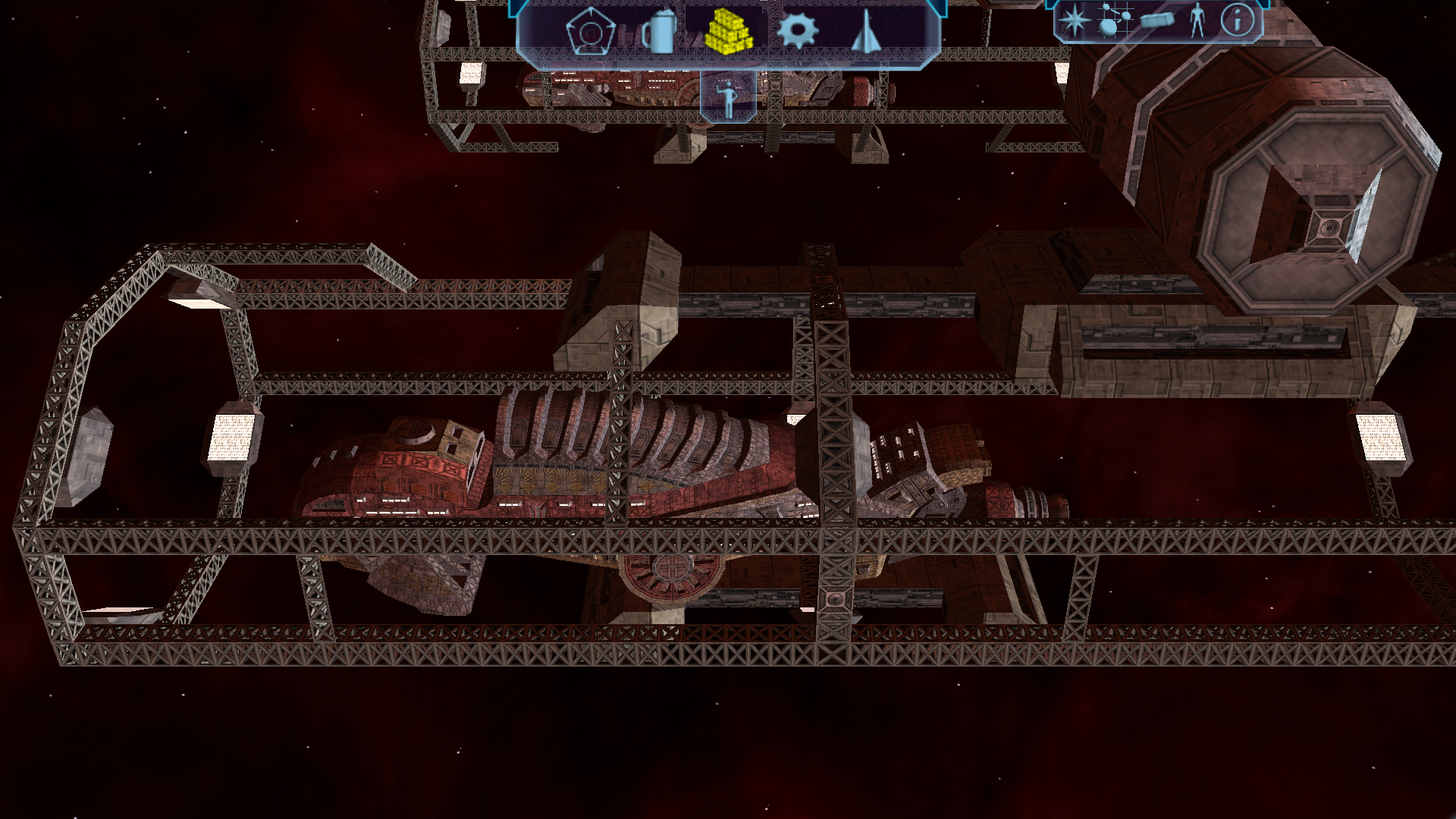 What kind of stuff would you like to see in base interiors? It’s something I’m working on more or less full-time for the mod at the moment, so I have the resources for ideas! Let us know in the comments below.