Pankapu is now out on Steam and we need your vote to become Indie of the Year!!

Indie of the year

It's the 7th Annual Indie of the Year Awards, a celebration organized by IndieDB of the years finest indie games chosen by you. For the next 4 weeks it is up to you to vote for your favorite indie games so that they may make the top 100 which will be announced on the 11th of December.

And it would mean the world to us if Pankapu makes it to the top 100! And YOU're the one who can help us!

So, if you want to support and help Pankapu become Indie of the Year, then just click the picture and vote for us!

Pankapu is a 2D platform/action game, narrative and episodic:

In a world full of Dreams and Nightmares, a tiny warrior has to fight for the safety of his homeland. However, the real purpose of his his quest, beyond the struggle of good and evil, is the mental health of a traumatized child.

Told in the manner of a fable read to a child, the game has two levels of reading: the story of Pankapu, epic and naive, and the second one, about Djaha’rell life, the one to whom the tale is told, dark and tragic.

You can switch Aegis, acting like jobs, for a dynamic gameplay

Infuse your weapons with the power of Dreams 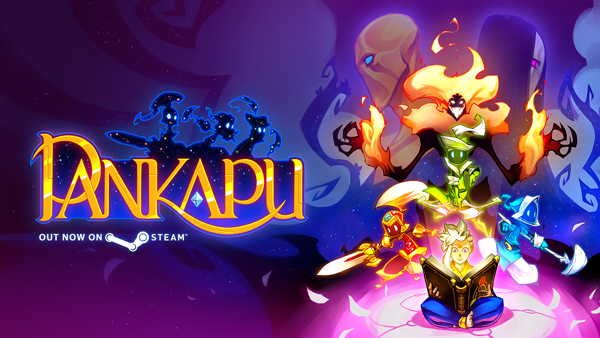 So, if you want to help and support Pankapu, vote for us! :)