Just as you were wondering how you managed the whole 50 days without any ramblings about art, code and memory leaks, here is Major Update, along with Colonel Feature, to announce what Arvind and Henri have been up to recently.

Just as you were wondering how you managed the whole 50 days without any ramblings about code and memory leaks, here is Major Update, along with Colonel Feature, to announce what Arvind and Henri have been up to recently. 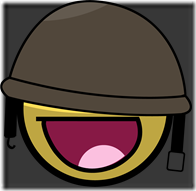 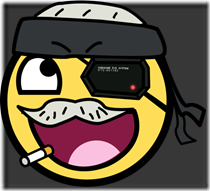 Any similarities to any characters, fictional or otherwise, are purely and totally co-incidental. If you say there are, we’ll just deny it until we believe it is true.

Let’s start with what these two think about some new art Henri has drawn, starting with the icons for inventory, objectives and the map. Take it away, gentlemen! 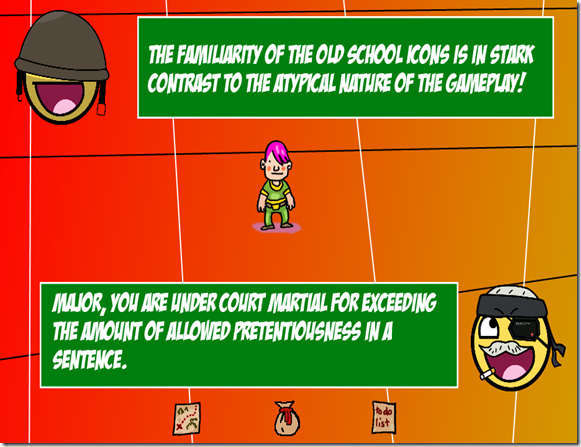 There are rumors that under certain unknown conditions, these icons glow! How in the world is that possible? Let’s ask Colonel about his opinion : 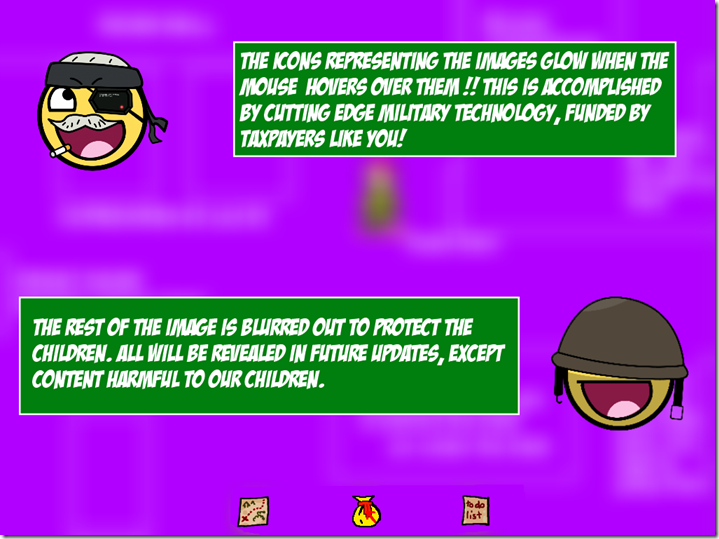 What is this mysterious looking image? Thankfully, Colonel Feature can explain it to us using his vast experience acquired in the heat of battle : 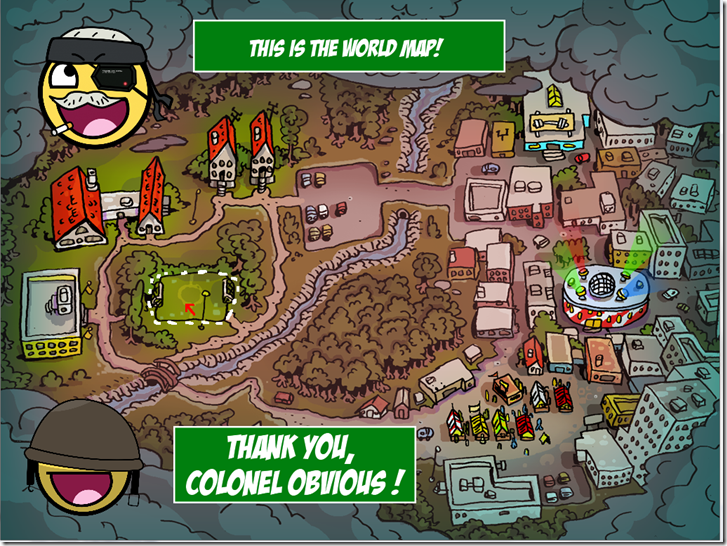 But this is not all the art Henri has drawn. Check out a part of the hostel, this time free of military presence in the image. 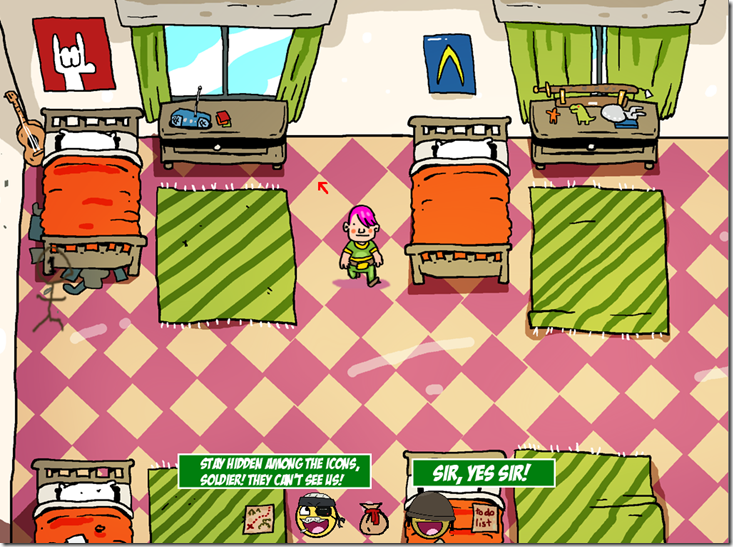 *MAY CAUSE SEVERE CASES OF BOREDOM AND CLUELESSNESS*

As far as the code is concerned, there have been a lot of speed and stability improvements in game. The scripting system is now complete, which allows me to quickly add new events to complete the decision tree of in-game choices. I cannot reveal much more about the decisions you make, but here’s what one of the characters in the game has to say about the progress done in programming (or it may be another in-game event – it’s a secret!) –


Whoa, is that a new design of dialog boxes? Hmm, it looks as if the next update will be sooner than you think. Here’s a final message from the armed forces : 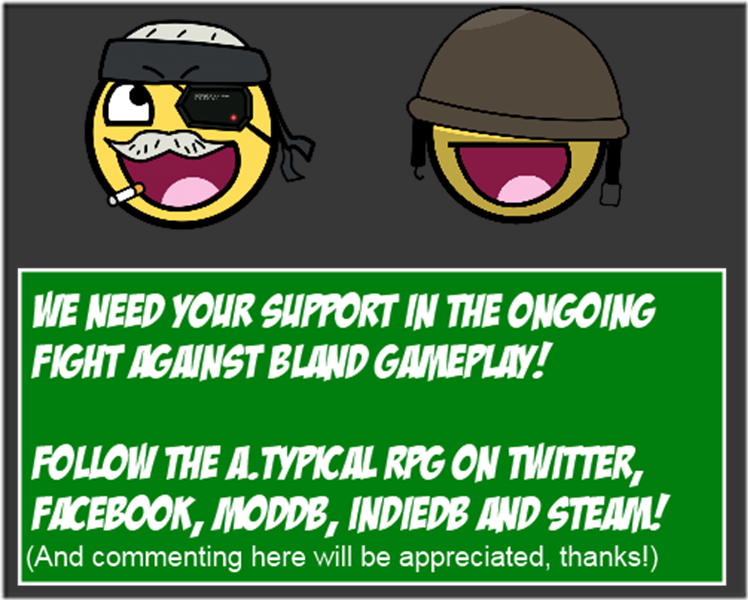 I guess you liked the art :D

Thanks! We went for a distinct look for the art, similar to comic art. It's working out well :)

This news made me smile :)