Two new mods and a small but still necessary update to the MacenWolf exe.

My schedule is all over the place these days, but at least I'm still getting things done. Two rather obscure mods this time, nothing huge, but they both have their own peculiar merits, so it's their time to resurface. Oh, and a patch; more on that later on.

The first contender is named Battle for New York Deluxe, six Third Encounter maps in (like the name suggests) an urban environment. So how does a Mac Wolf mod try to simulate a city? Mostly with textures. There's a good twenty new walls and they all appear to have been made from scratch, although some seem to be suffering from palette issues. If they actually come from another game, let me know. These walls and a couple early maps are the best part of the mod; mapping declines somewhat afterwards, and, surprisingly, there are no other new graphics. The author attempts to create a city using vanilla Wolf items and enemies, which sometimes works out, at other times... Well, a maze made of green potted plants in place of a park might raise a few eyebrows. But it's worth seeing with your own eyes.

===Credits===
Don't know. Clubey fished it out of the depths and fixed a broken pushwall while he was at it. 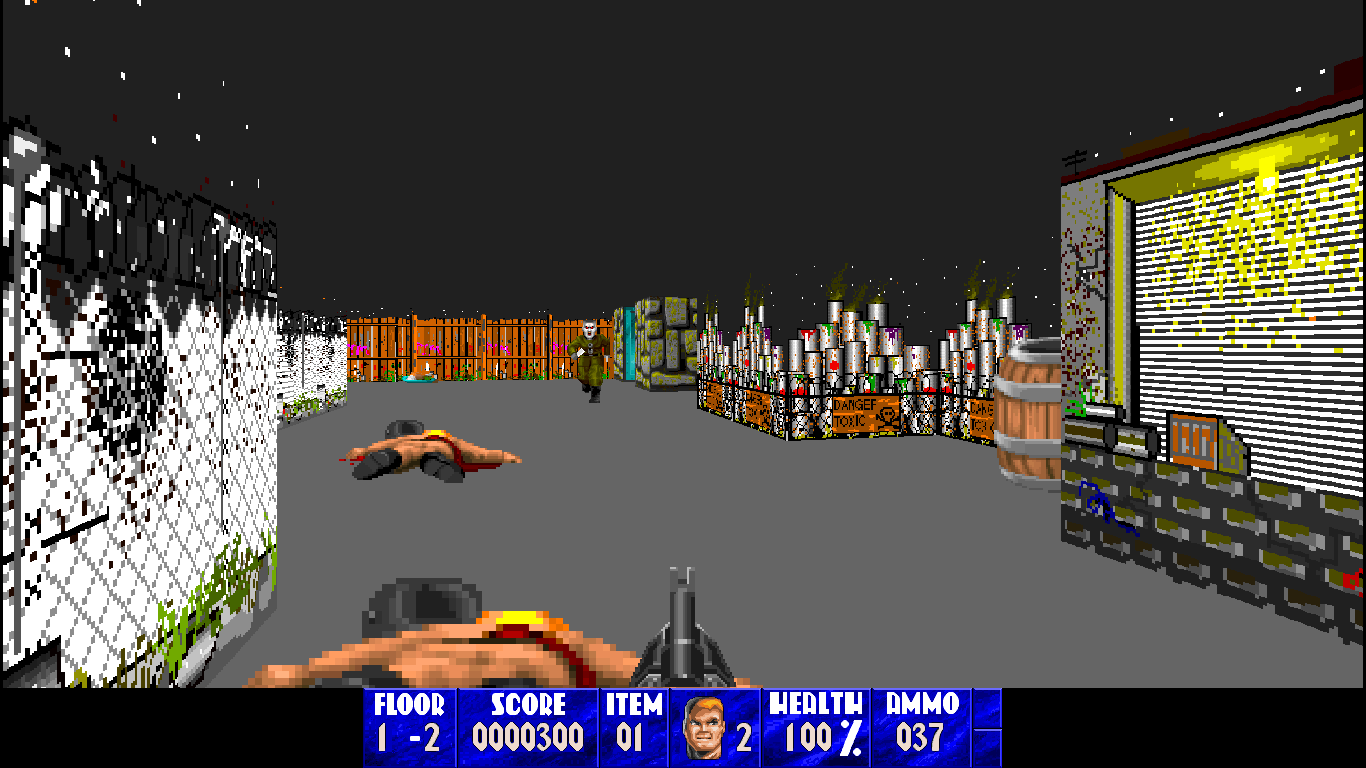 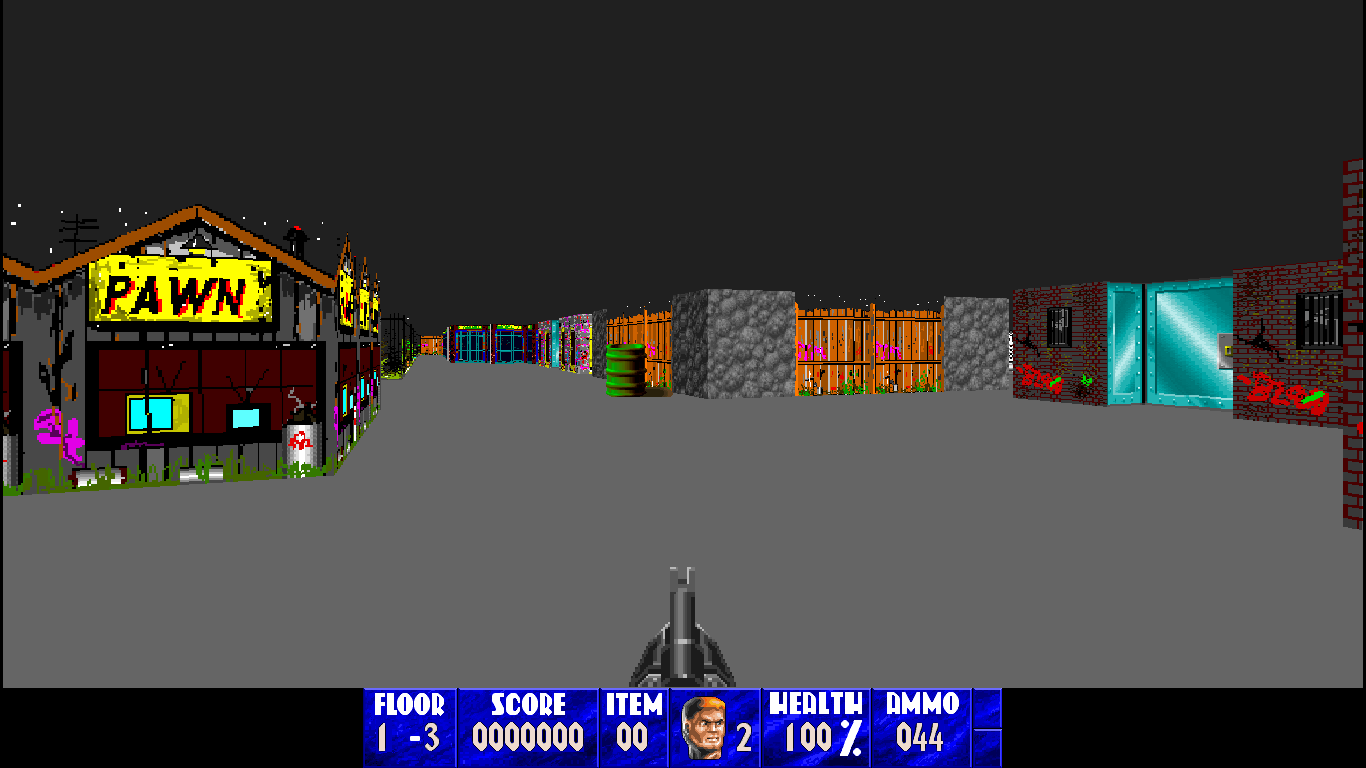 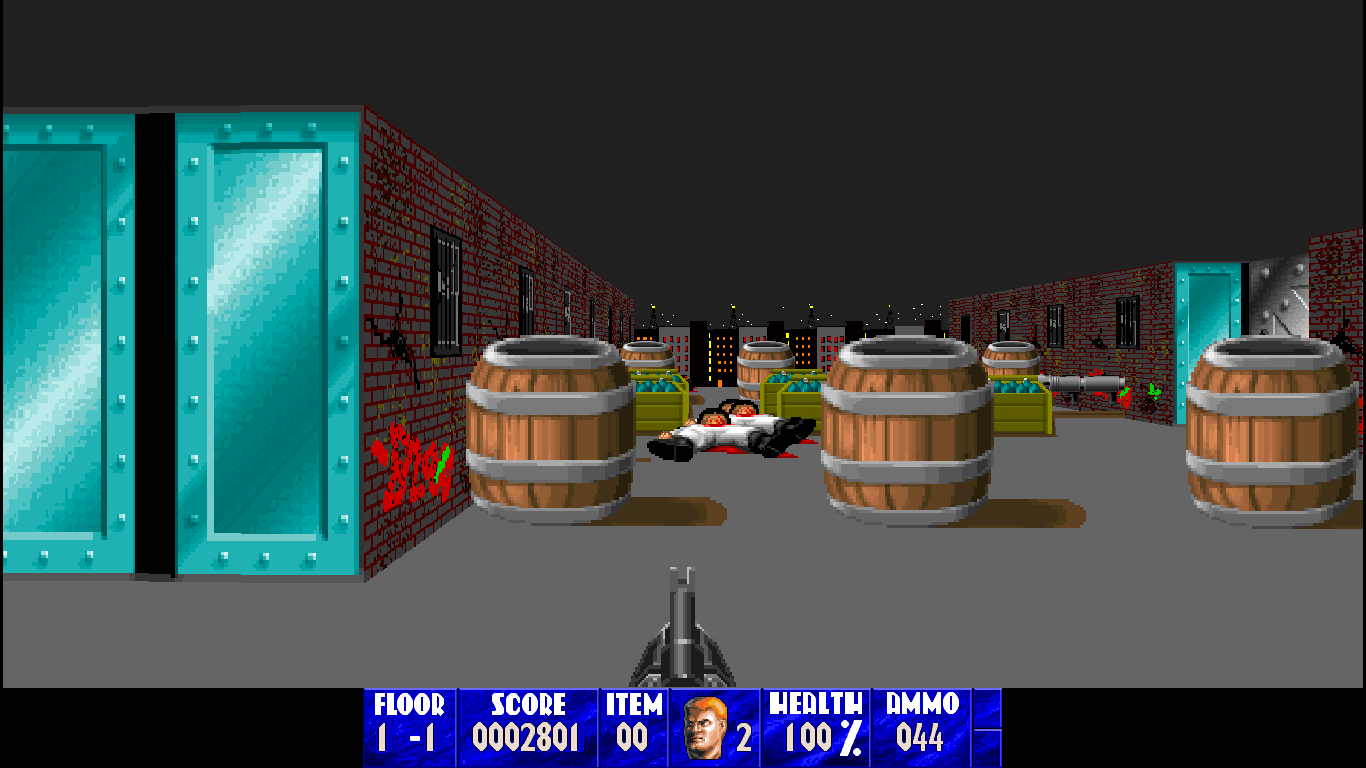 Our second thing today: prizon brakeout. Yes, that's the actual name, lack of capitalization and all. With four very compact Third Encounter maps, it's a simple snario whare you must escape some undetermined prizon, killing some gards (whak! thak! smak!) and picking up a sweet pistol (ripped from some very old Bungie game) along the way. The game also features a few new walls and one new enemy, though on Mac you don't get to see the latter because the game crashes when loading map 3. This does not happen on PC and you can actually play the entire thing, for better or worse. But who cares. The attached documentation is a delight and honestly the main reason for downloading this mod. Actually playing is optional. All in all, highly recommended. 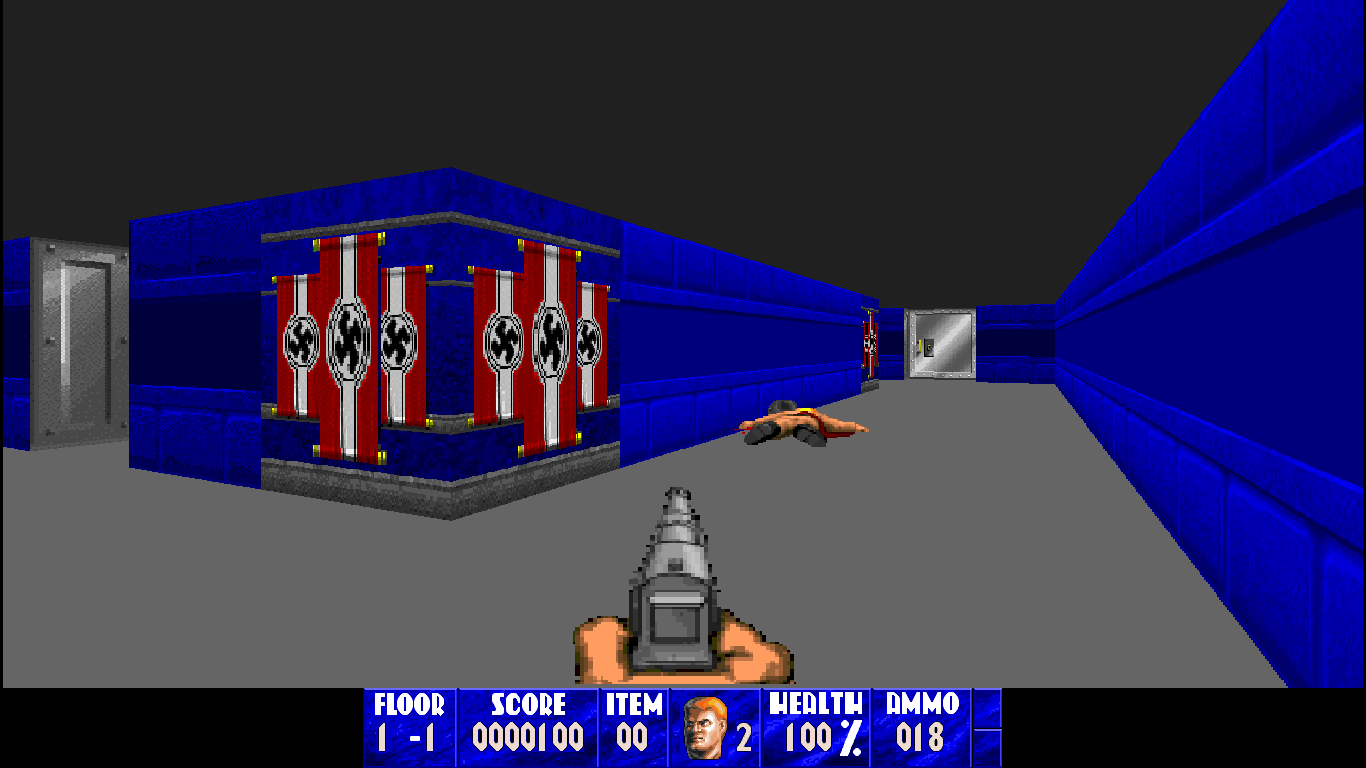 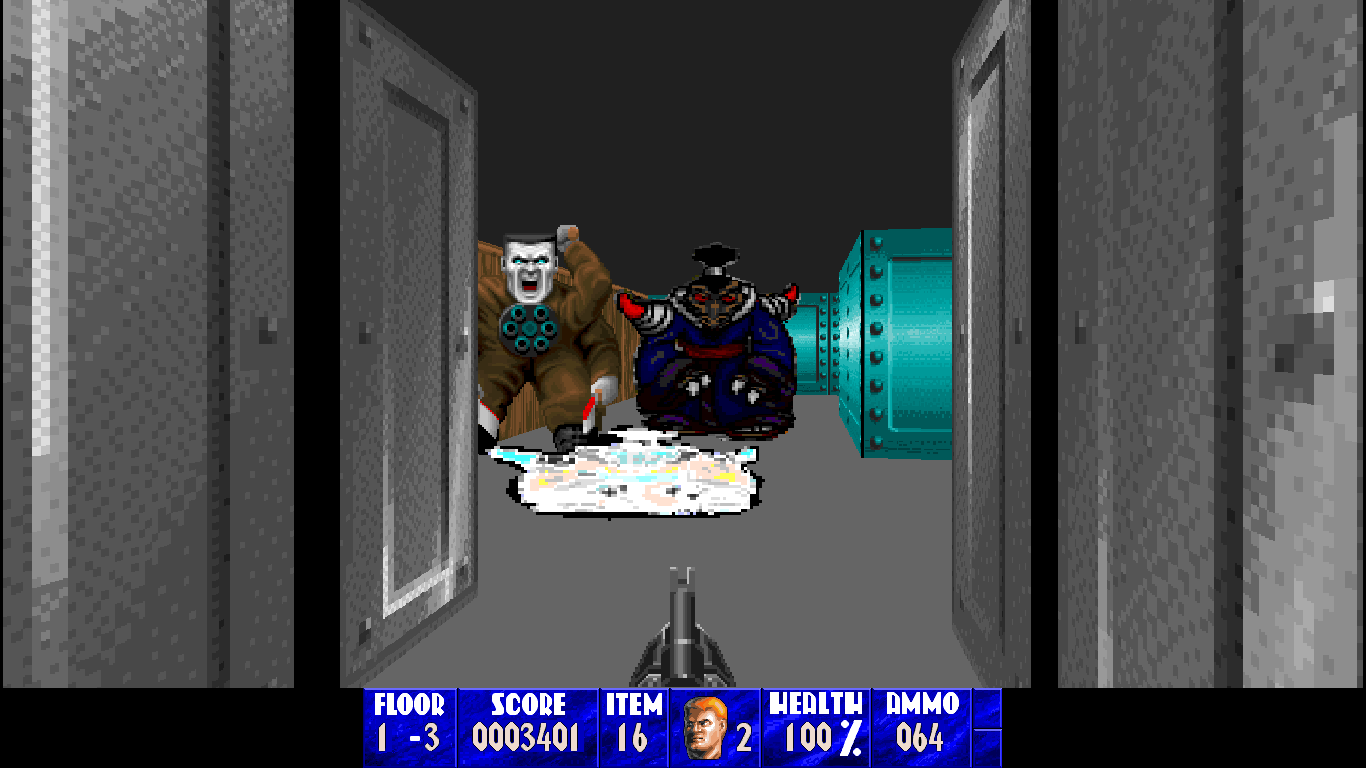 Note that MacenWolf has also been updated to version 1.08 (download linked below). The issue fixed is very small, but the fix is still necessary to play one of today's mods properly, else you're gonna get stuck on map 2. So please download and install the patch, or replace your MacenWolf files with a freshly downloaded copy.