Hello! Two mods this time around, far less influential than Astrostein in the grand scheme of things, but that's true for many releases. There's tons of obscure mods out there and we won't let them forever lay in darkness.

Kampfhenne de Fuhrer is something of a mystery, being a 2002 scenario that came with no documentation whatsoever. I have been told that the title translates roughly as Fuhrer's Battle Hen, but it's just a mapset (no new graphics included), so there's no chicken to be found in the game, battle or otherwise. Instead you'll find four maps with generally tight architecture and plenty of narrow passages. 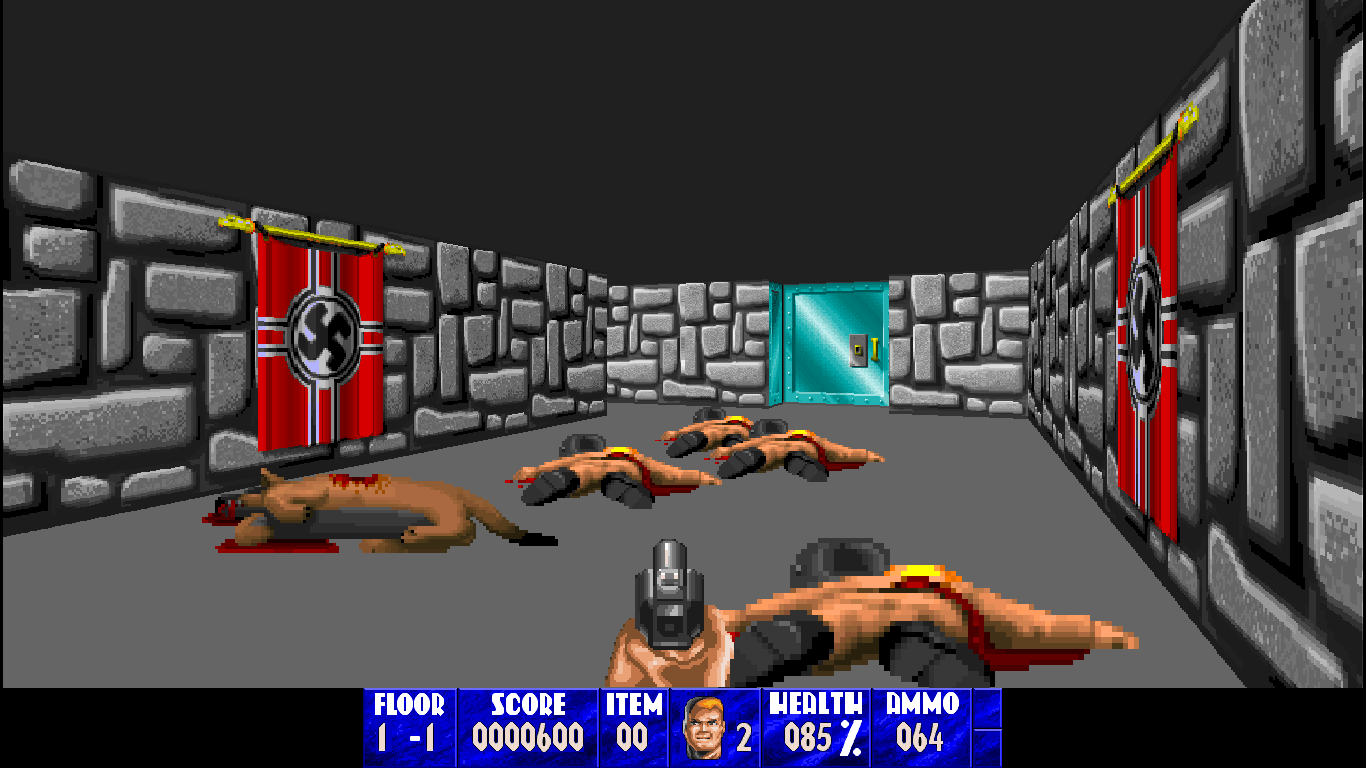 Machine Gun World on the other hand is an early First Encounter mapset made by Yan Choon Ee. The name sounds Korean, though I can't tell if it's South Korea or Best Korea. Four maps again, the game appears to start you off in a familiar place, but you'll soon find yourself battling through a variety of new rooms full of secrets and densely populated by First Encounter enemies. I suppose the mapset's name refers to the high number of SS grunts found around the place, as most maps don't even have a machine gun otherwise. 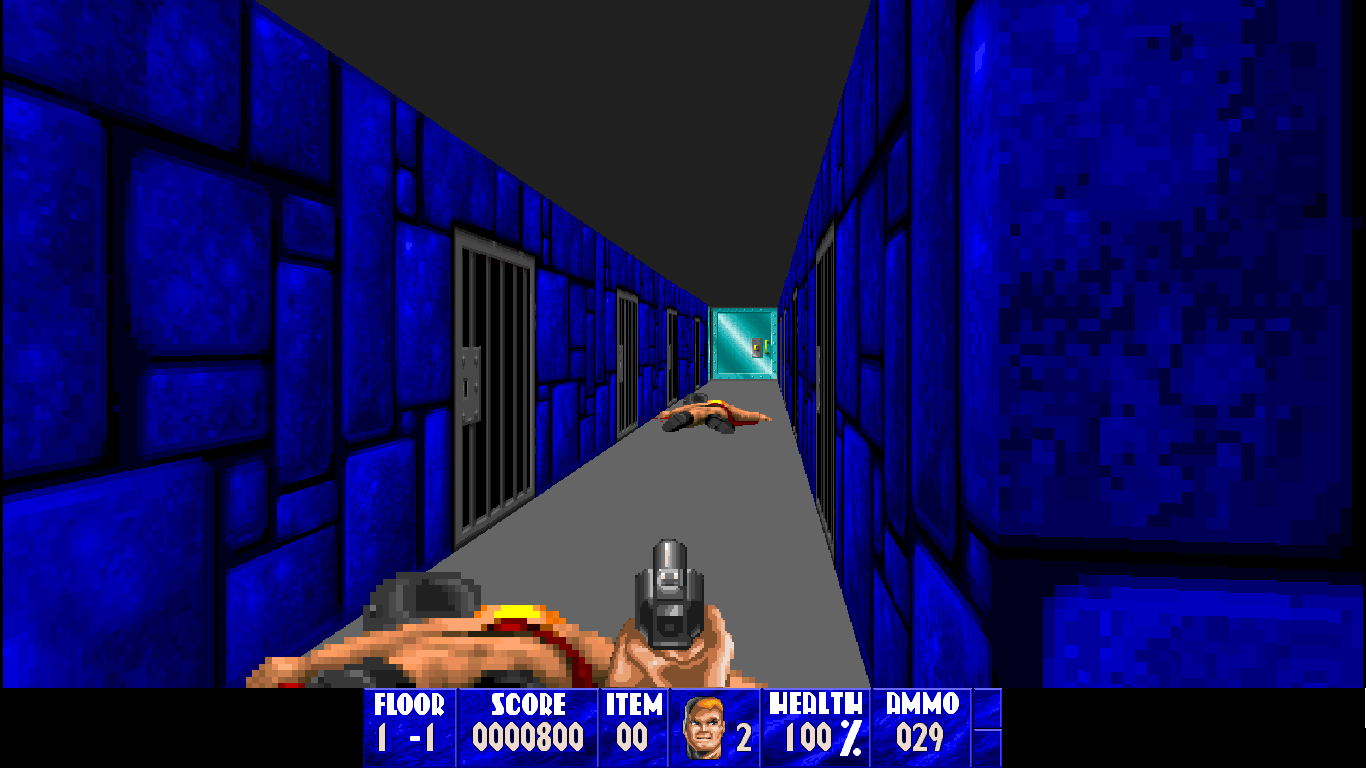 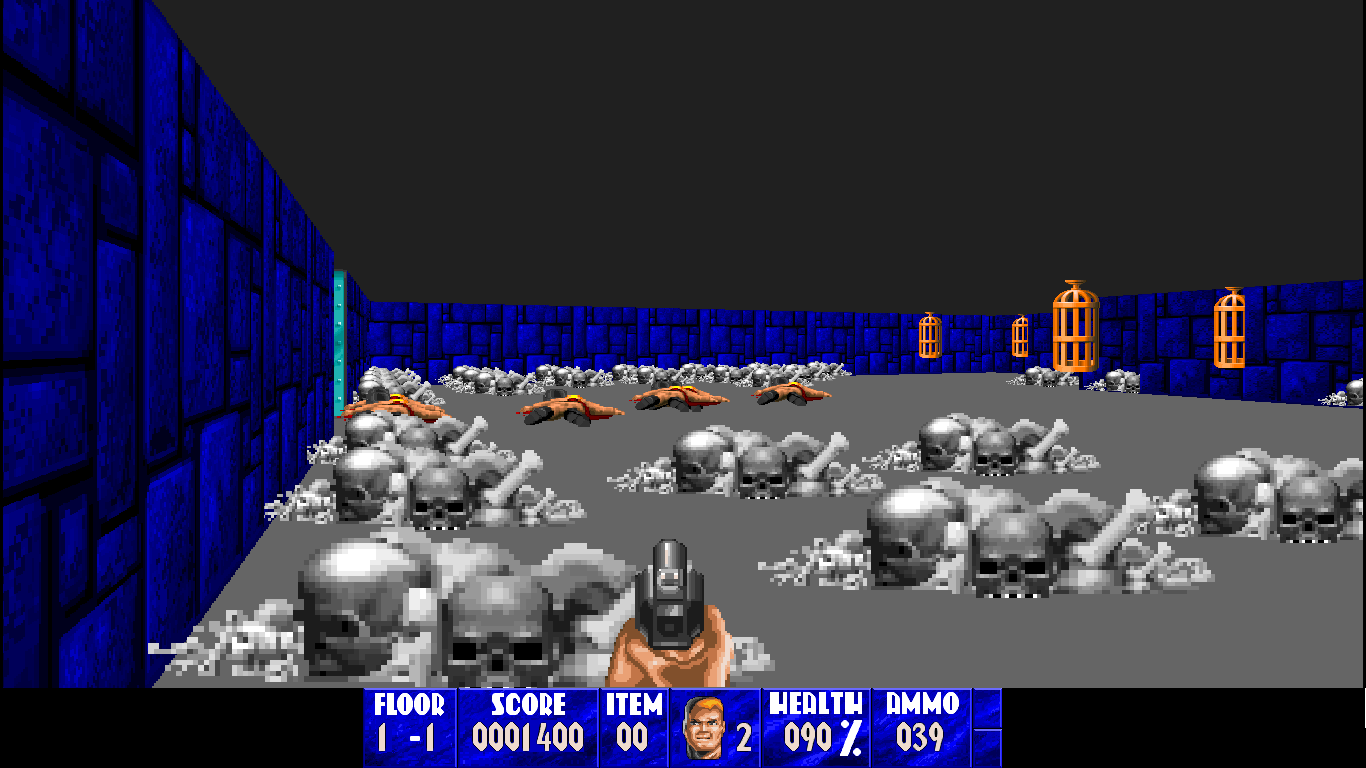 Oh, and we have another update for the base game, version 1.05. This one adds a previously missing sound; sorry about that.