it doesn't run yet, just crashes after window loads up. Kinda excepted it too, but does this both with no dylib's and without, haven't read the crash log enough to tell the difference, but doesn't matter, really need to be in the debugger. Currently FTPing the code over to this install from the virtual machine, first compile install of 2014. 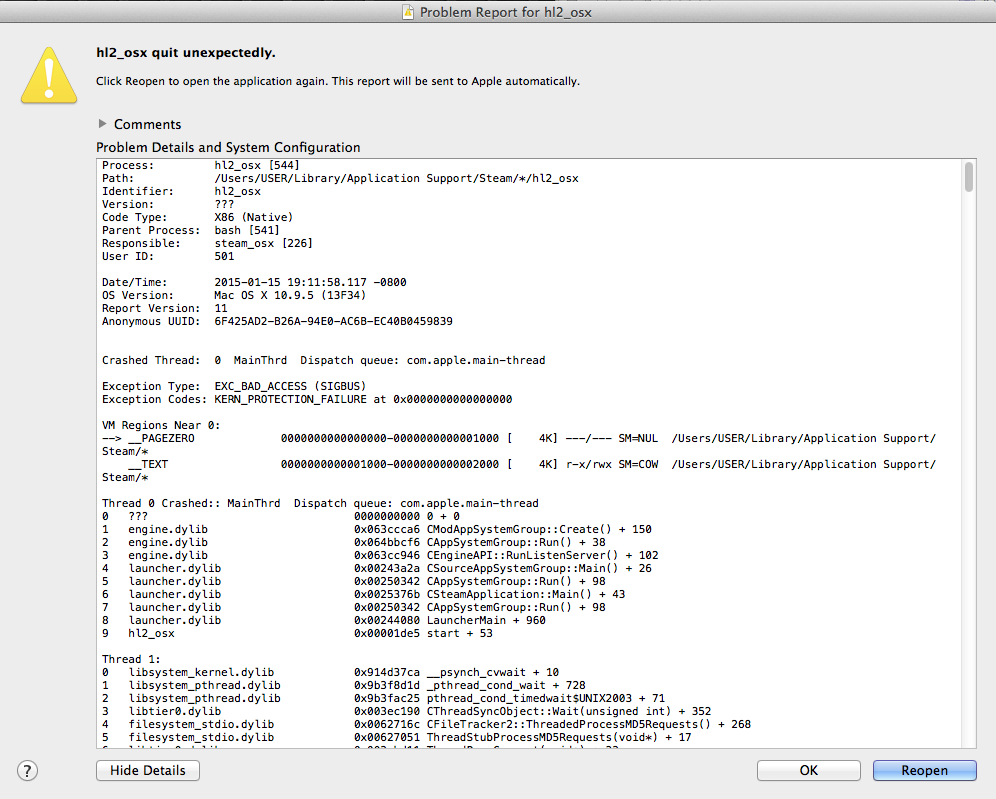 First the CrimeWars: Source 2014 version will be compiled for reasons of - its easier. and will have something to start with. compare, and test content errors. Later with the Linux/Windows official version of 2015 Mac will also be released in a more clean and complete version. =] 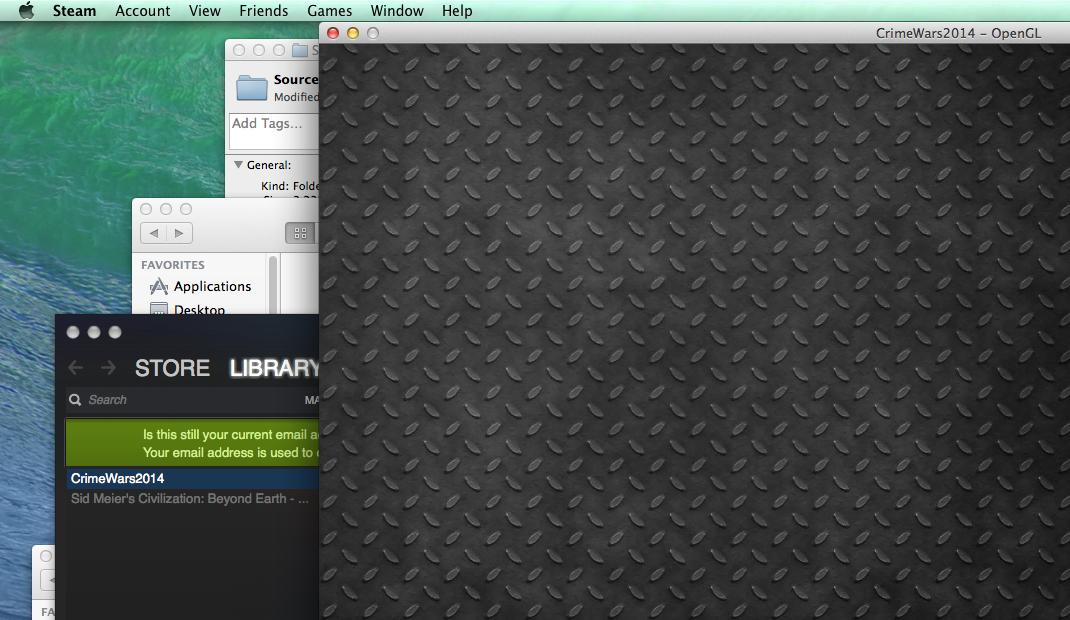 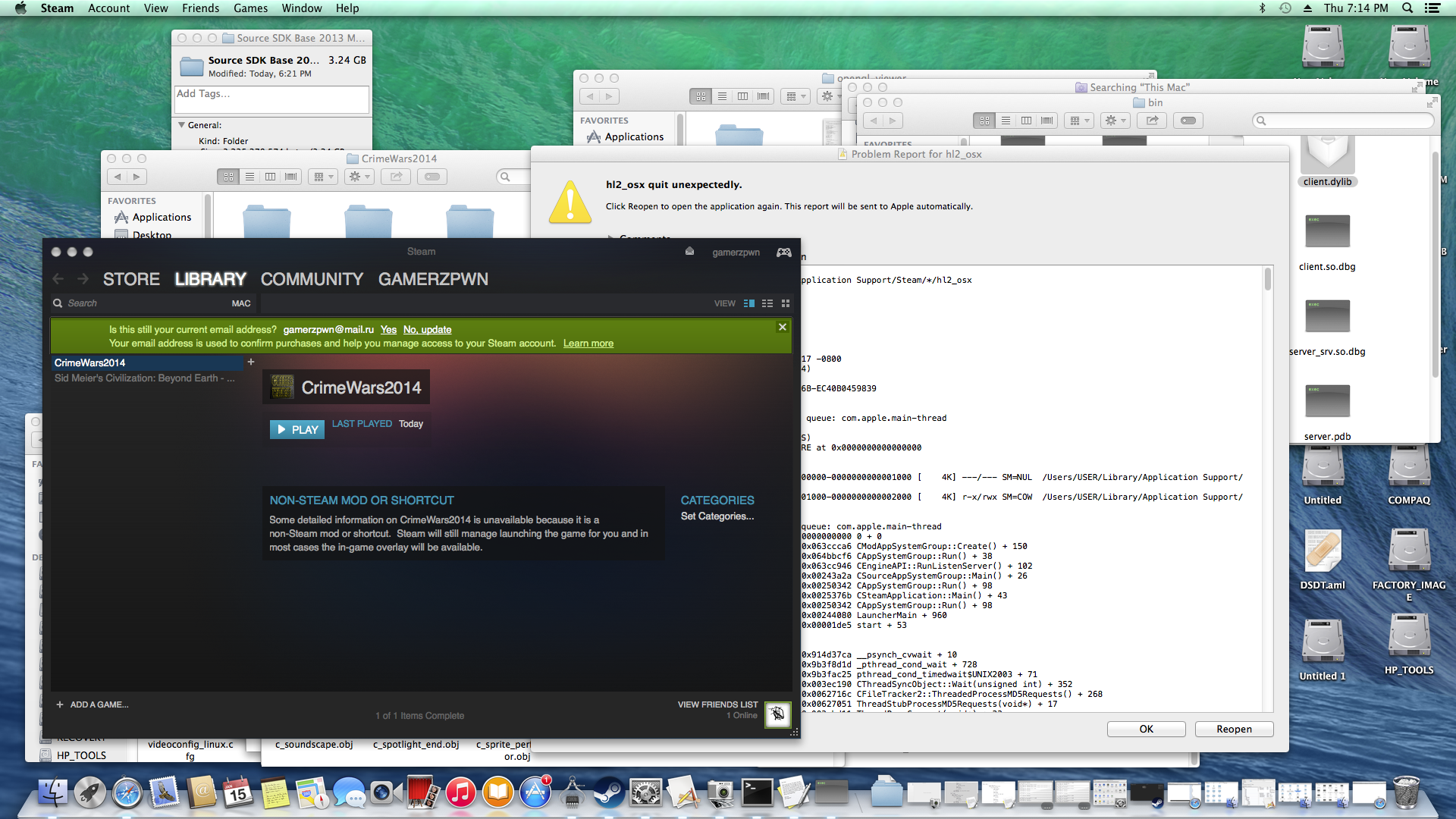