The American 'Patton' tanks were nicknamed 'Magach' in the IDF, after the ancient weapon of war, better known as Battering ram, 'Eyal Nuguch' in Hebrew, which was used to break through gates and walls.
The 'Magach' family had several versions over the years, the 'Magach' first version corresponds to the original M48 Patton.

The 'Magach'-3 was a development by the IDF to bring the IDF's 'Magach's to the level of the M48A3. The gun was upgraded to the Royal Ordnance L7 105mm gun. The Commander cupola, which was considered a nuisance among Israeli tank crews, was replaced with a low-profile Israeli turret without the M2 12.7mm. The engine was replaced with a 750 hp diesel engine, which provided a range of 465 kilometers and was less flammable. 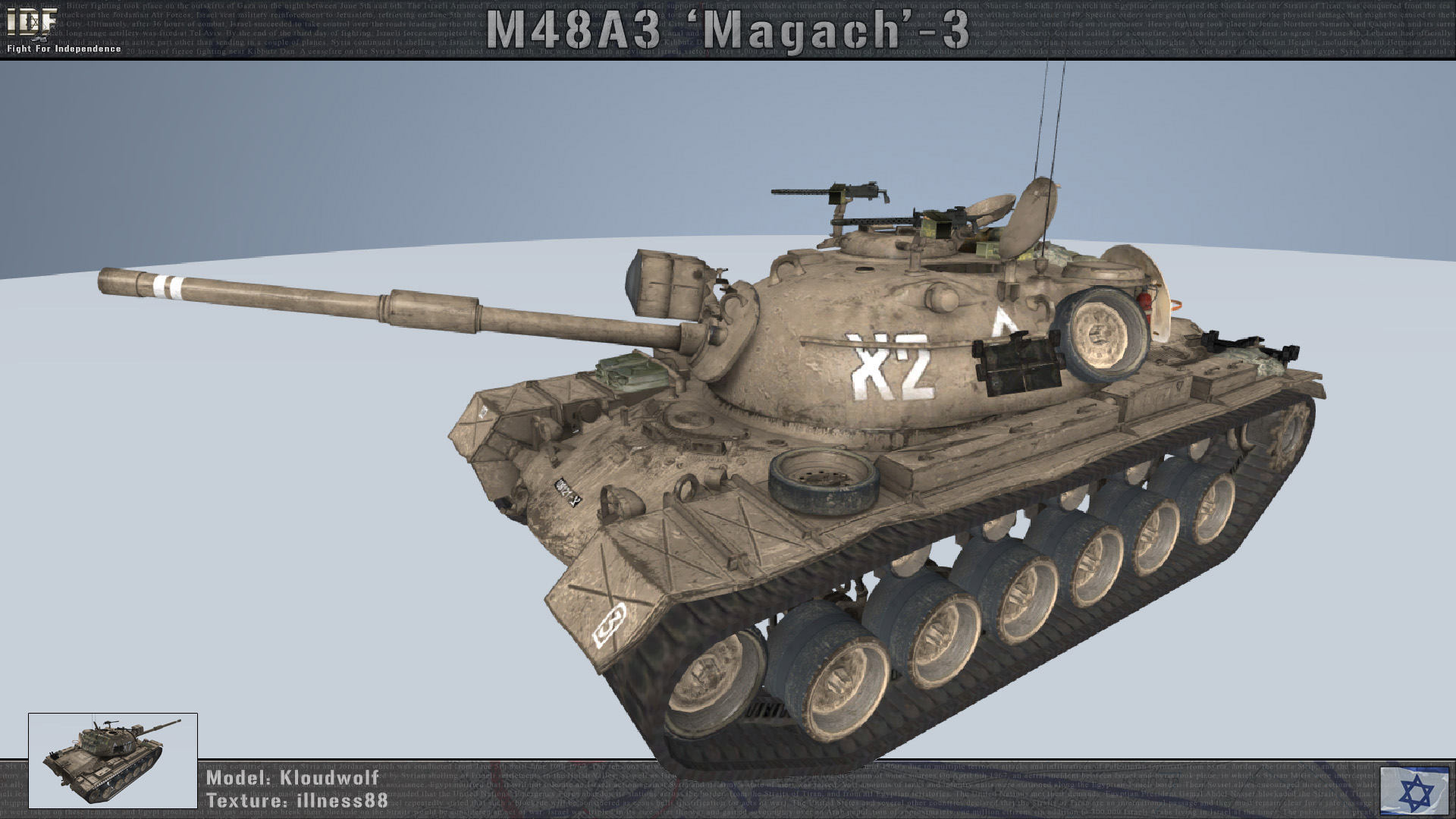 The model and texture were created by Kloudwolf and illness88.

Pictures from the game: 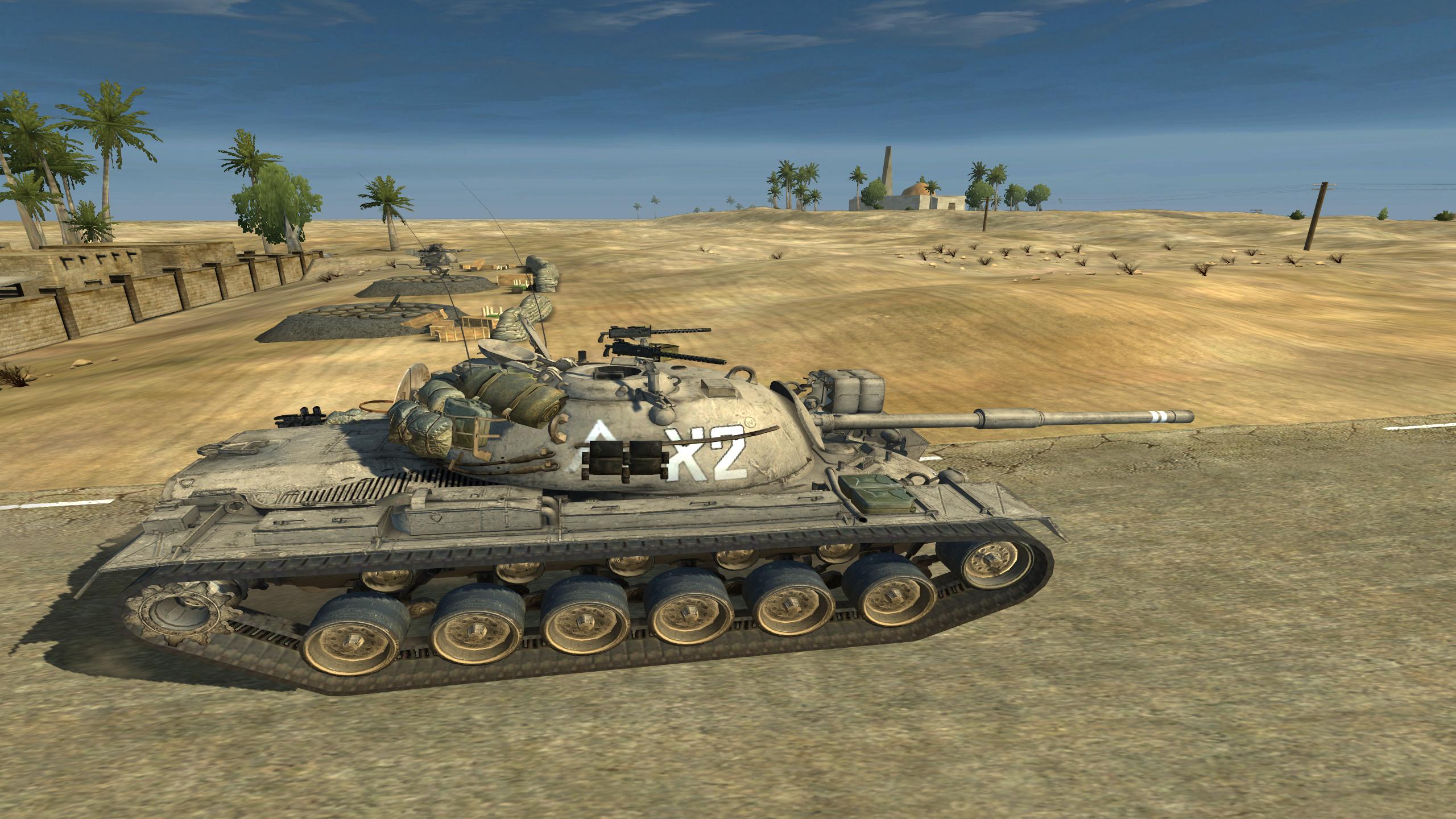 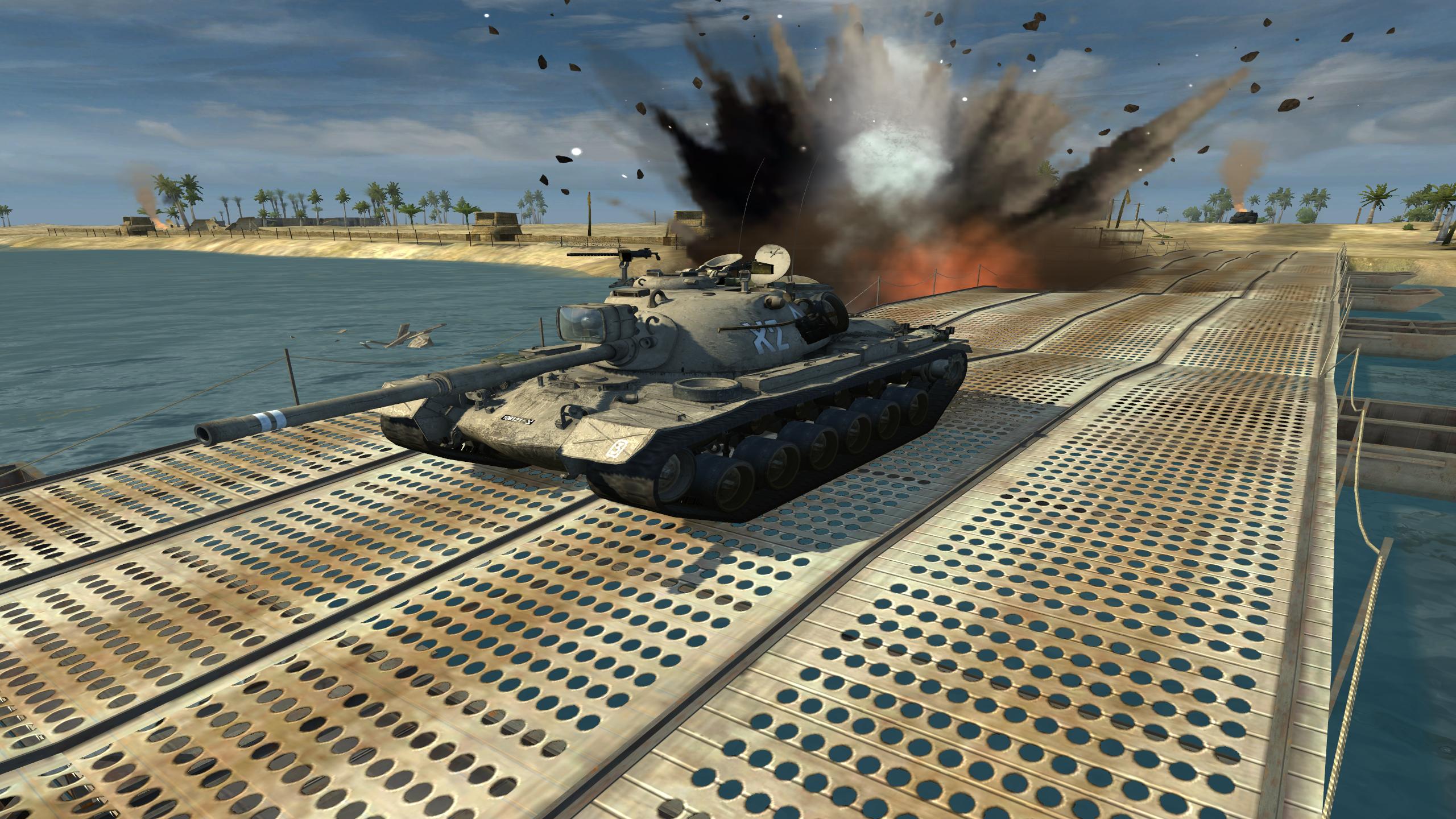 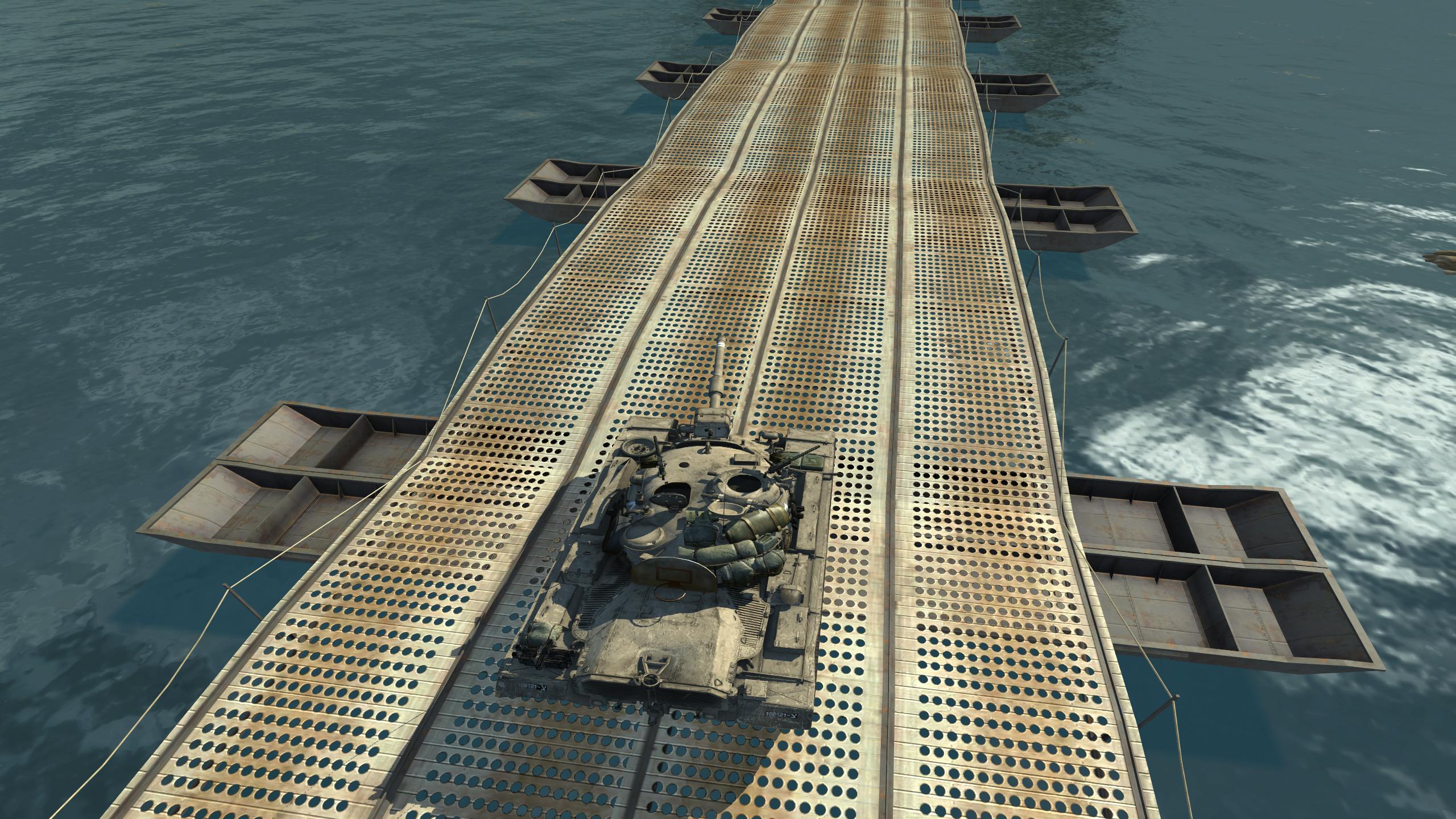 The 'Magach'-6 was the IDF name given to the M60 and M60A1. The main difference in the M60A1 compared to the M60 is the longer turret that allows storage of more shells available to the loader (21 vs. 8 lying shells). 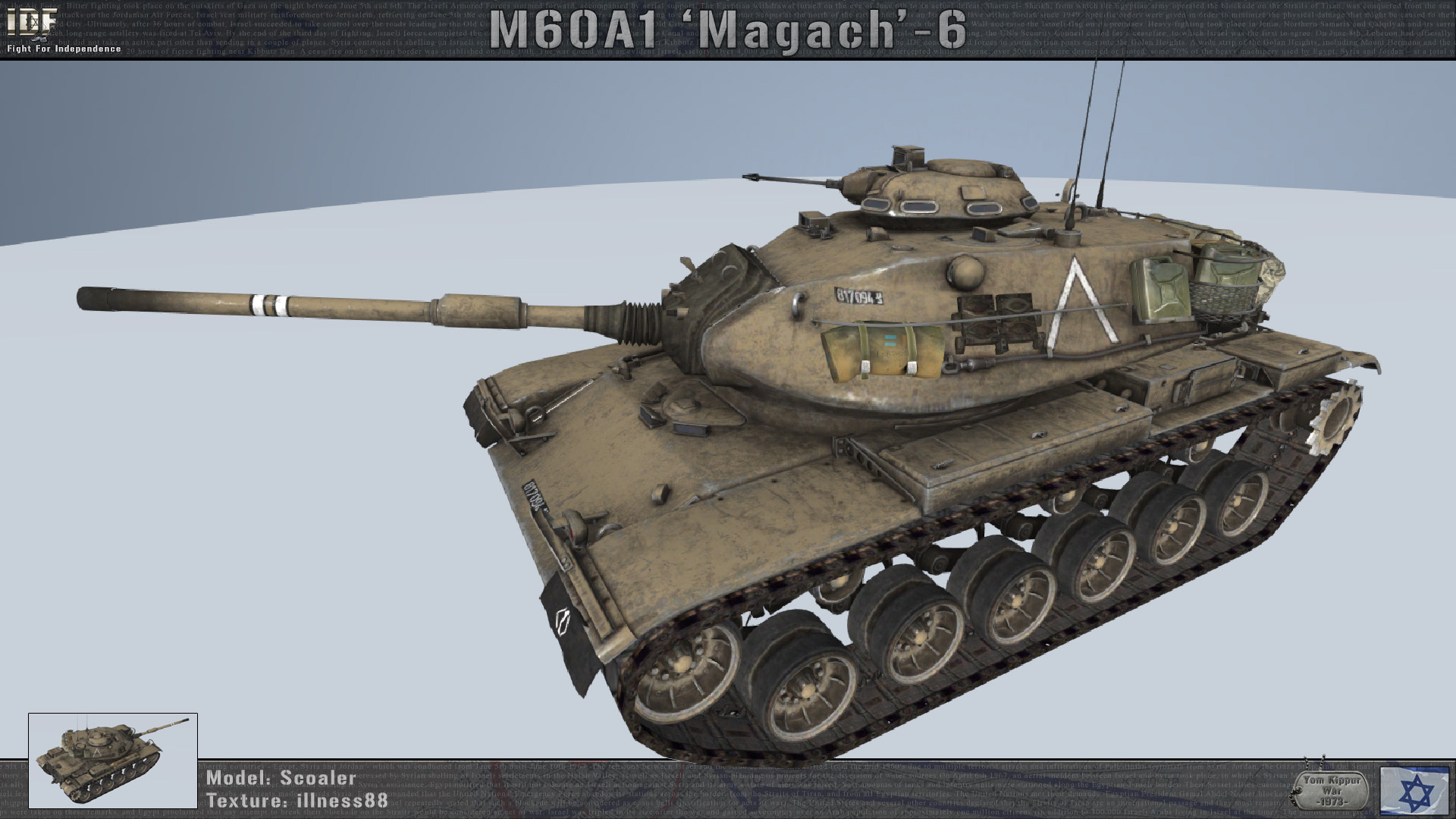 The model and texture were created by Scoaler and illness88.

Pictures from the game: 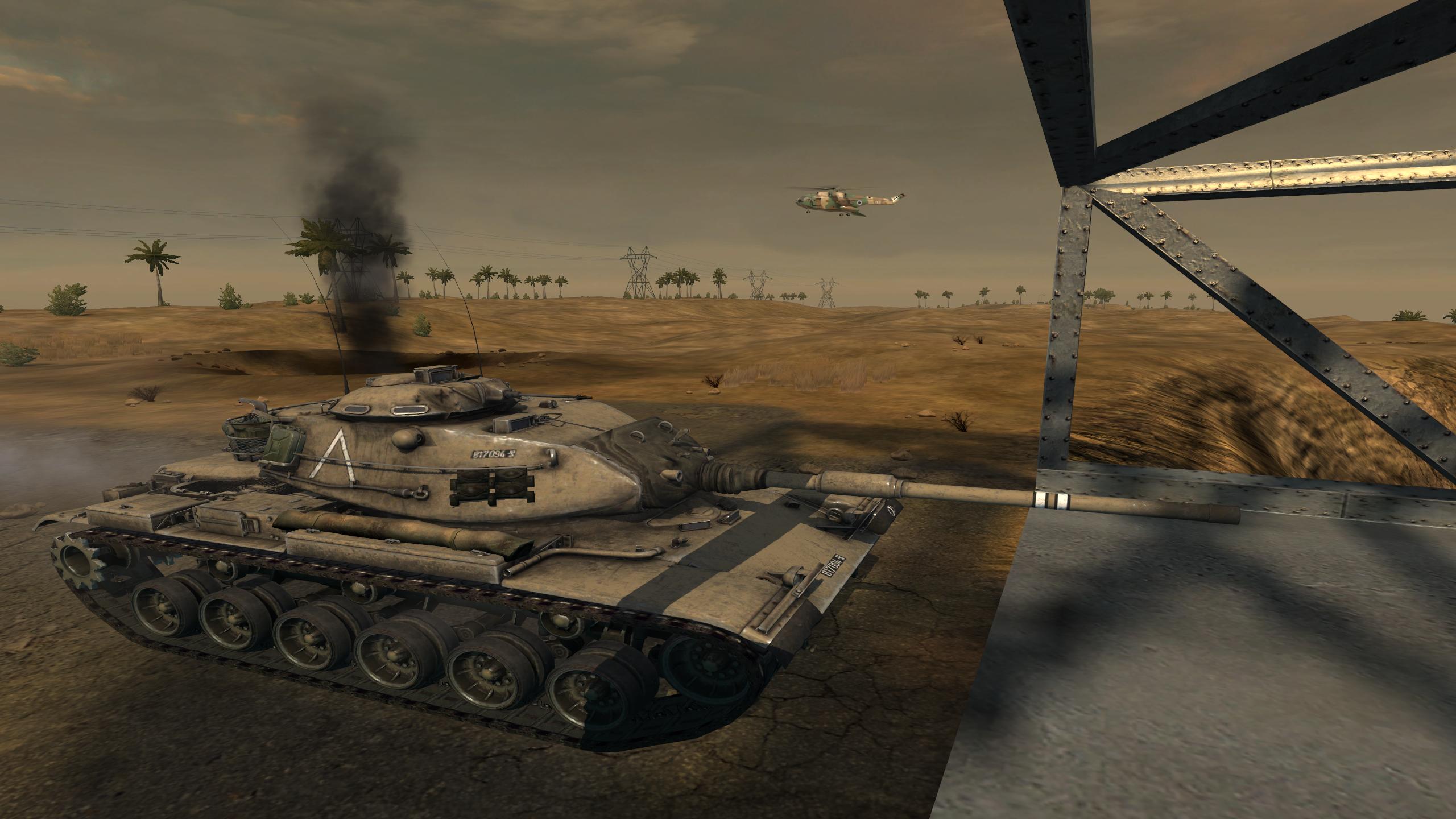 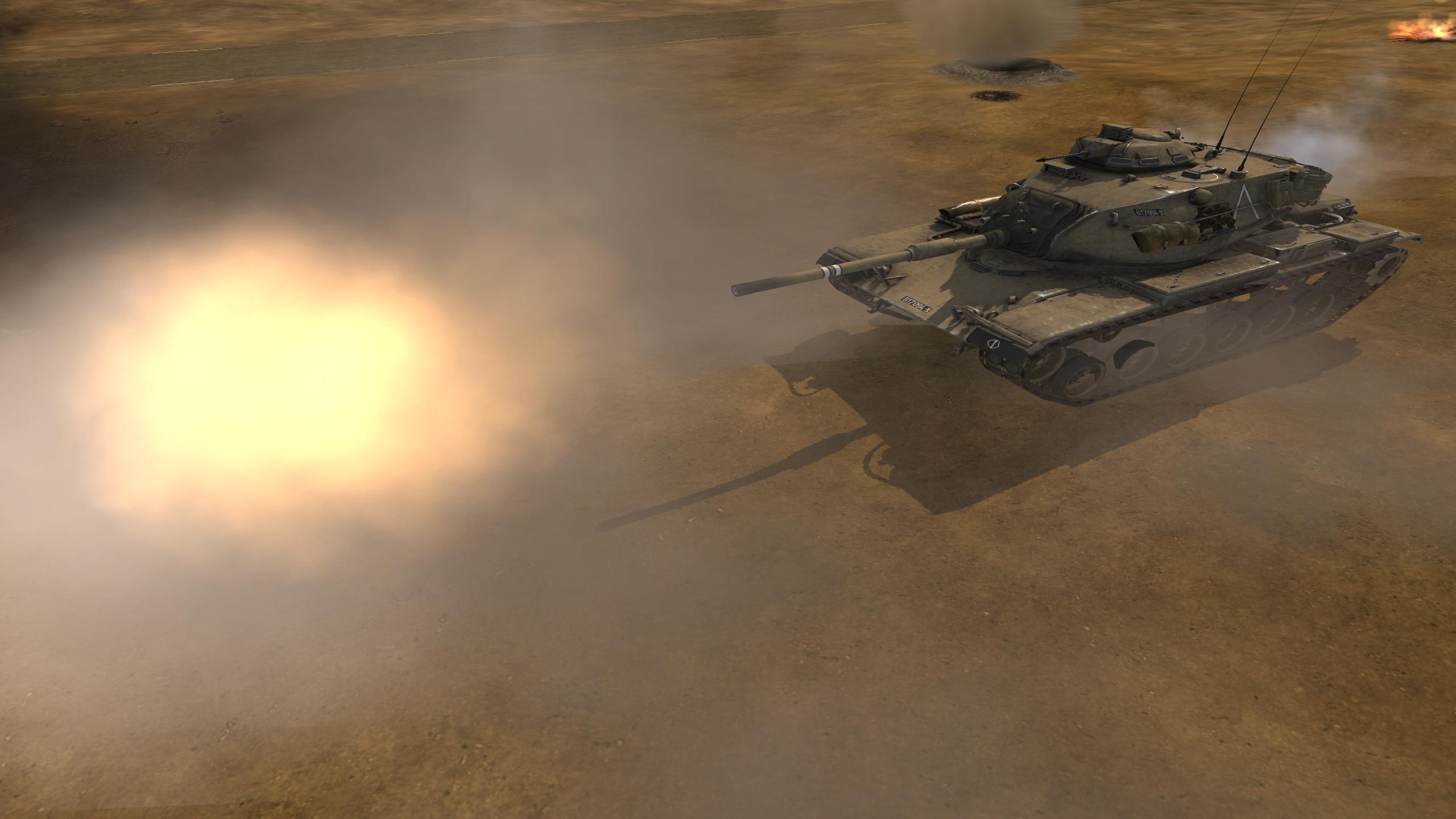 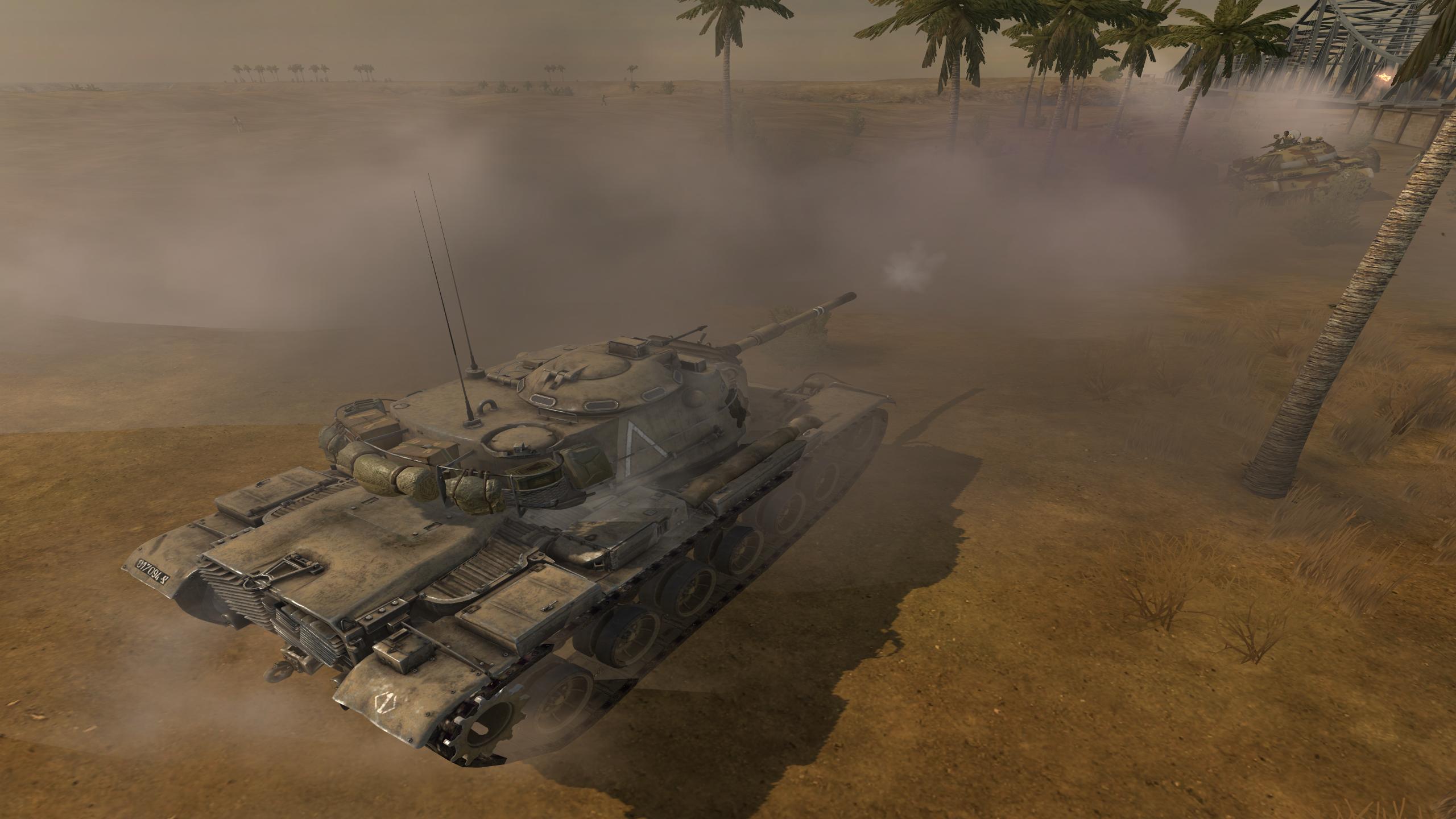 Your project is really great!
I already liked it a lot when i played your alpha with my buddy bensta back in the days =)

It's really great to see that there are still projects that create almost all of its content by theirselfs and port it into the game.

90% of all mods are simply thrown together content, stolen and ripped from other games or mods.

You guys do a really good job here - keep up your awesome work!

I love that M48 Patton got newer model, it's so nice. I love playing those, good job.

That's Very Nice Work, The Models Of the M48A3 Magach And The M60 Looks Better Than I Expected.

Let me tell you guys, what you see here is only the surface. I have played the prerelease version and it is really mindblowing how beautiful this mod looks. Puts so many other mods to shame.

You are all in for a real treat!